Black and White Wednesday: "Witch World!" by Mantlo and Giffen

Here it is, Groove-ophiles! The star-spanning second stave of Bill Mantlo's Sword in the Star! This (final) chapter was gorgeously illustrated by a young Keith Giffen who really let it all hang out on this job! Flourishes of Windsor-Smith, Kirby, Steranko, Starlin melded together into something totally different and offbeat--no wonder Giffen is still slaying us with his storytelling (that final ish of OMAC rocked, Keith!). The style he used on "Witch World" was more like his DC work (on Claw the Unconquered and Challengers of the Unknown) than his uber-Kirby-homage he was using on Marvel's Defenders. This particular style evolved into the intricate, small-figured work he'd blow us away with on Legion of Super-Heroes in the 80s! Mantlo was cutting loose as well. You could tell he was passionate about Sword in the Star. Too bad Marvel didn't give it a better shot. I mean, backing up Satana in what was pretty much a filler ish of Marvel Preview (#7, Summer 1976)? Sheesh! That makes for a fun time when you're trying to give a Rocket Raccoon fan the heads up on his first appearance! 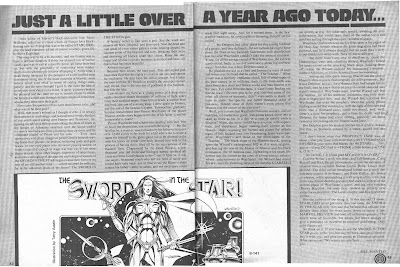 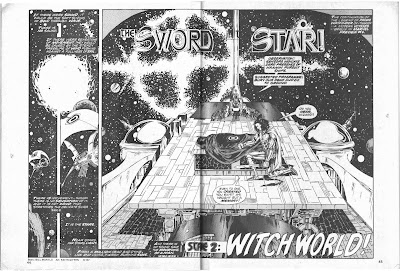 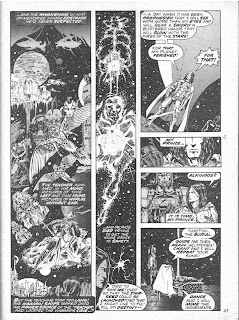 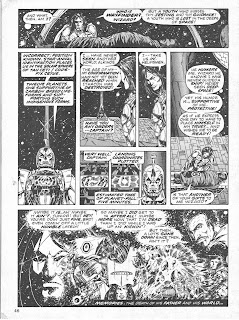 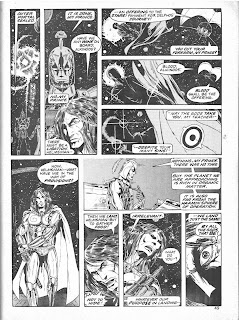 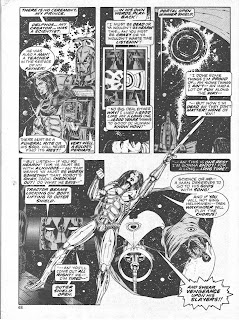 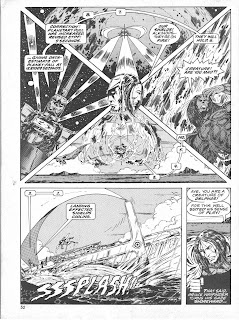 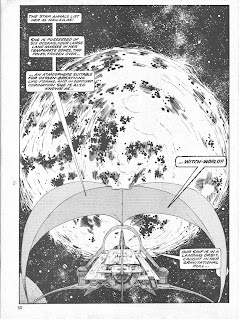 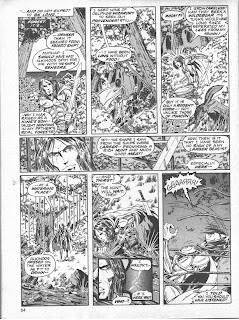 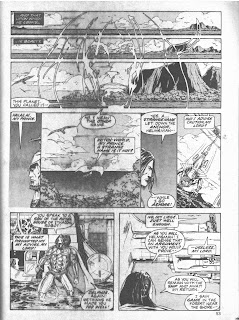 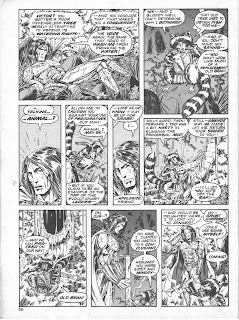 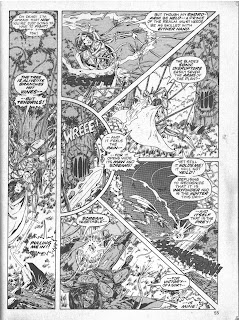 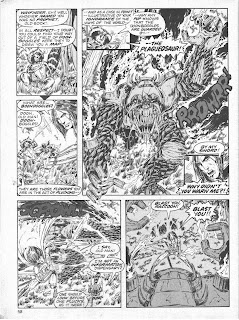 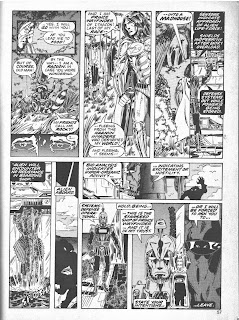 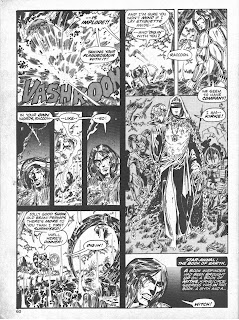 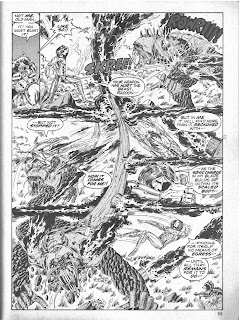 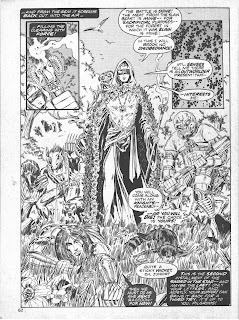 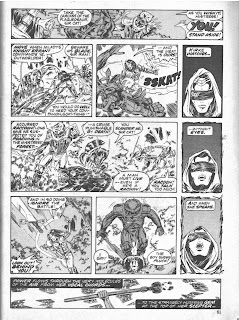