Greetings, Groove-ophiles! This week marks 37 years Star Wars changed  our world! Yeah, it's been that long, whew! Thirty-seven years since George Lucas and company showed us just how awesome a science fantasy flick could truly be! Marvel had the chance to get into Star Wars on the ground floor, before anyone except Lucas really knew what it really was. Stan Lee, passed on it. (Hey, nobody's perfect!) Fast forward a couple dozen months or so, and Roy Thomas manages to get Stan to give Star Wars a shot. The first six issues will adapt the movie, then Marvel would be free to do  new Star Wars stories (or so one might have thought...). Roy would write and edit the new mag, while Howard Chaykin was picked as illustrator. Roy and Howie only had rough scripts, production art, and rough cuts to go by as they adapted the story of a Galaxy Far, Far Away, but they soldiered on, turning out a superb adaptation that was nearly half-finished before the movie even hit theaters!

So popular was Marvel's adaptation and continuation of Star Wars, that, according to folks in-the-know (like James Shooter, who was Marvels e-i-c at the time, so he should know), it almost single-handedly pulled Marvel out of the economic pits. Once all six issues were on the stands, Marvel reprinted it in three giant, tabloid-sized mags (Marvel Special Edition issues 1-3: issues 1-2, at a buck apiece, showcased three issues plus extra goodies; ish #3 collected all six issues plus extras for $2.50). Ol' Groove remembers seeing those tabloids everywhere! Even stores that didn't normally sell comics had 'em racked with the coloring books or magazines. Star Wars always has been, and always will be, a phenomenon.

Whew! Sorry to be so long-winded, Groove-ophiles! It's hard not to rap ramblingly (izzat a woid? should be!) about Star Wars! Anywho, here are the six sensational splash pages (plus interior splashes) from Star Wars numbers 1-6 (April-September 1977) as reprinted in the first two Marvel Special Editions! Ish one is a Chaykin solo job, while issues 2-5 were penciled by Chaykin and then inked/finished by Steve Leialoha. Issue number six was laid out by Chaykin, finished by Rick Hoberg, and inked by Bill Wray, Hoberg, and Dave Stevens. Now that there's some talent, son! 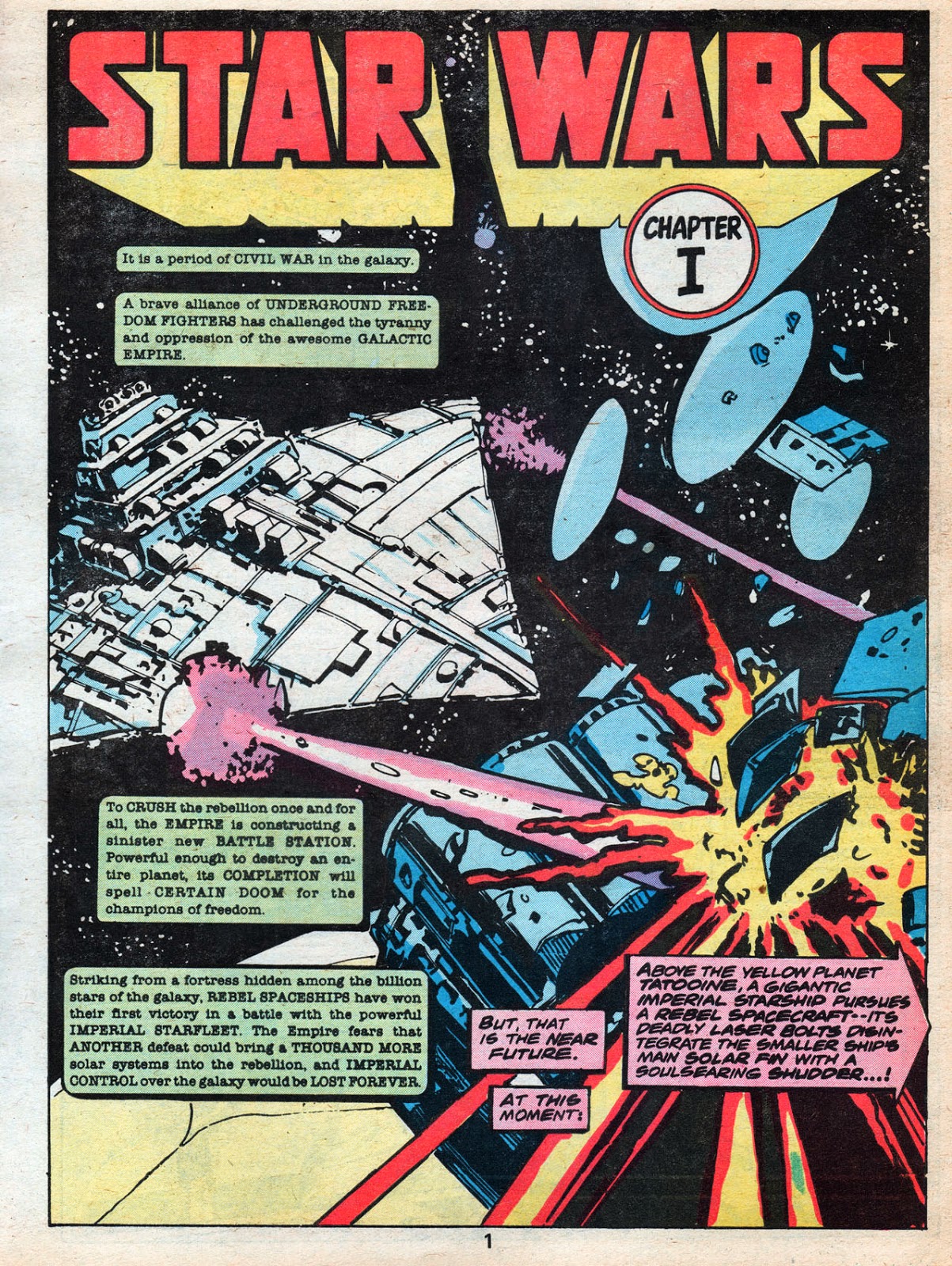 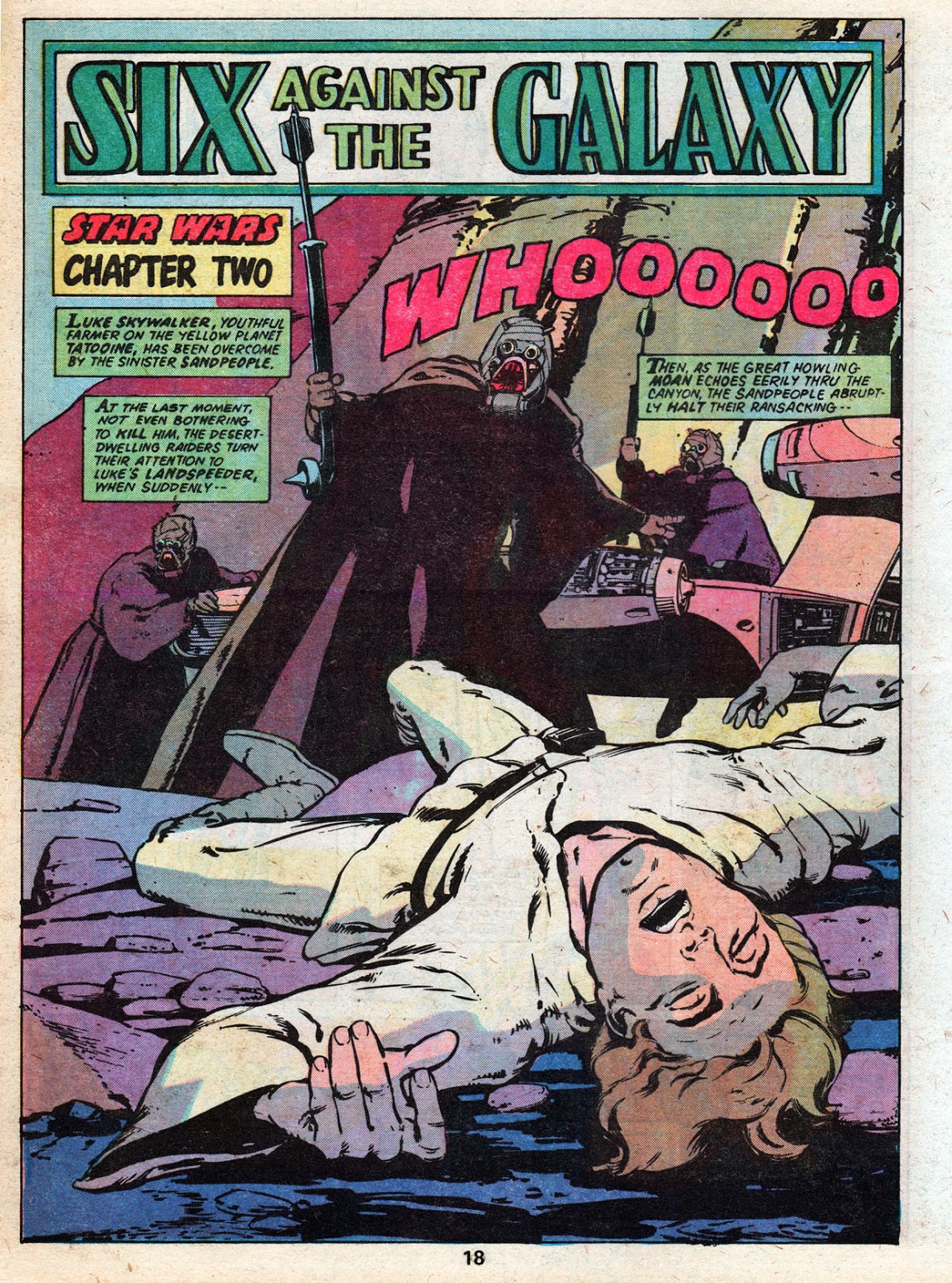 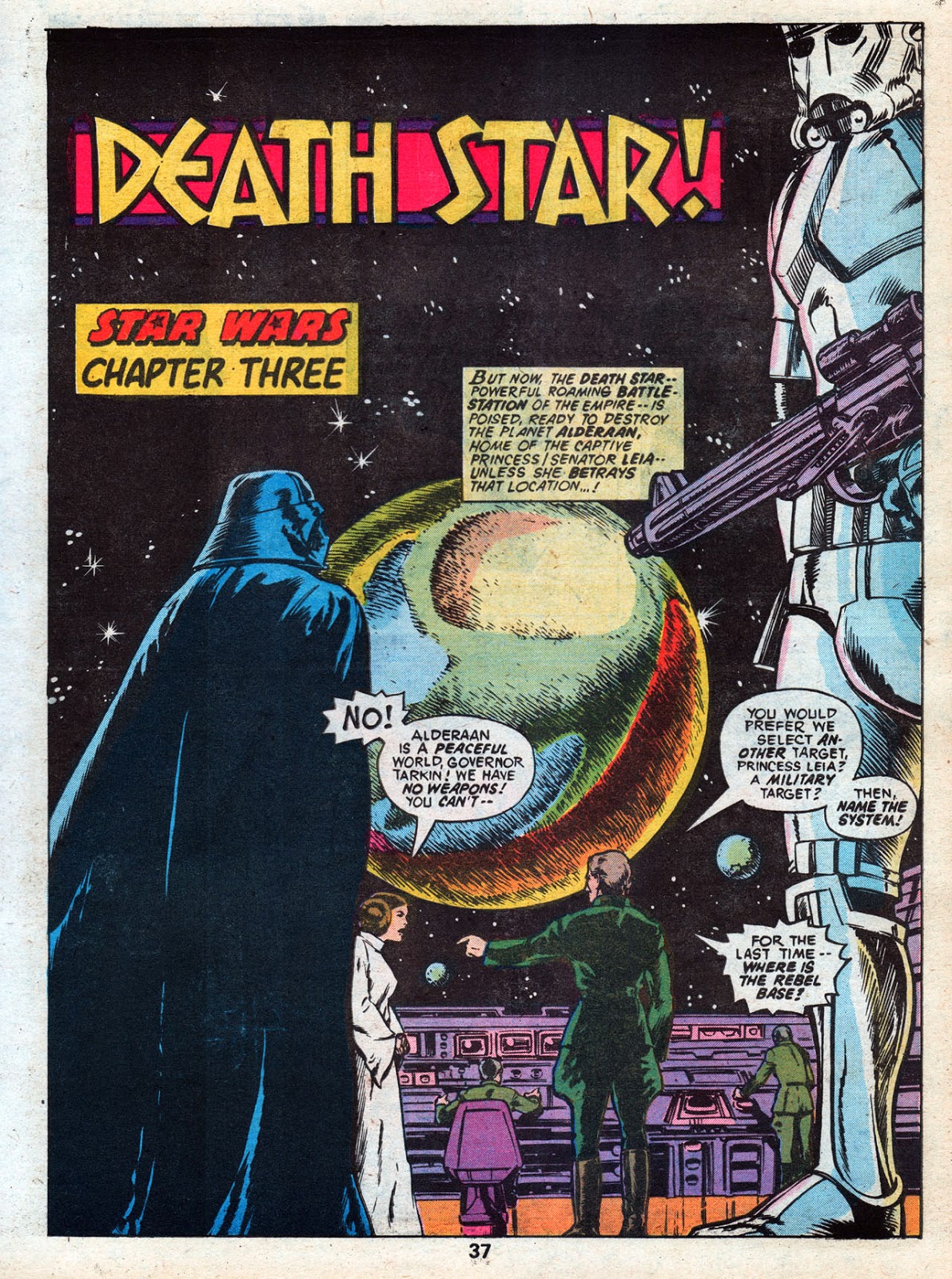 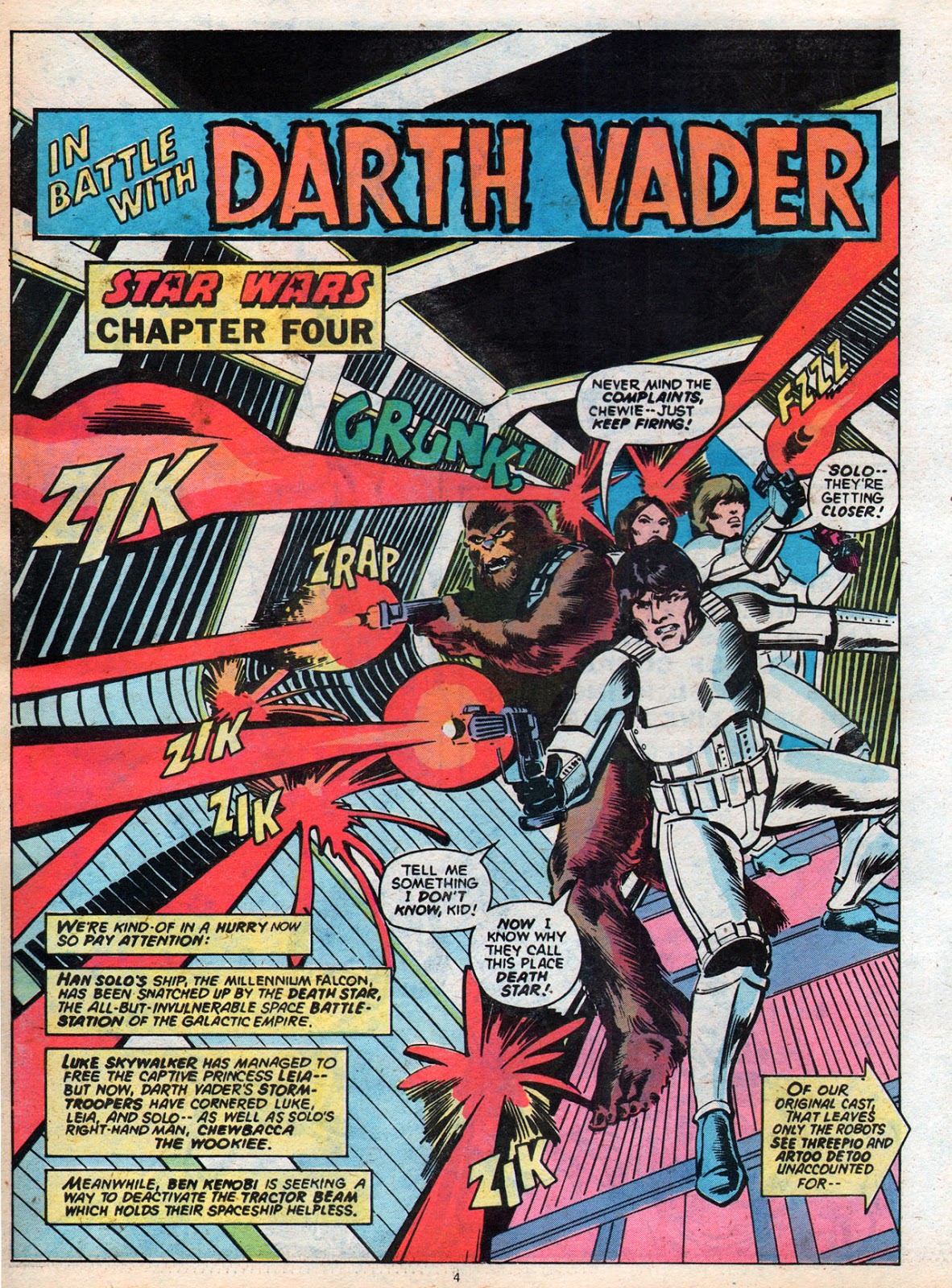 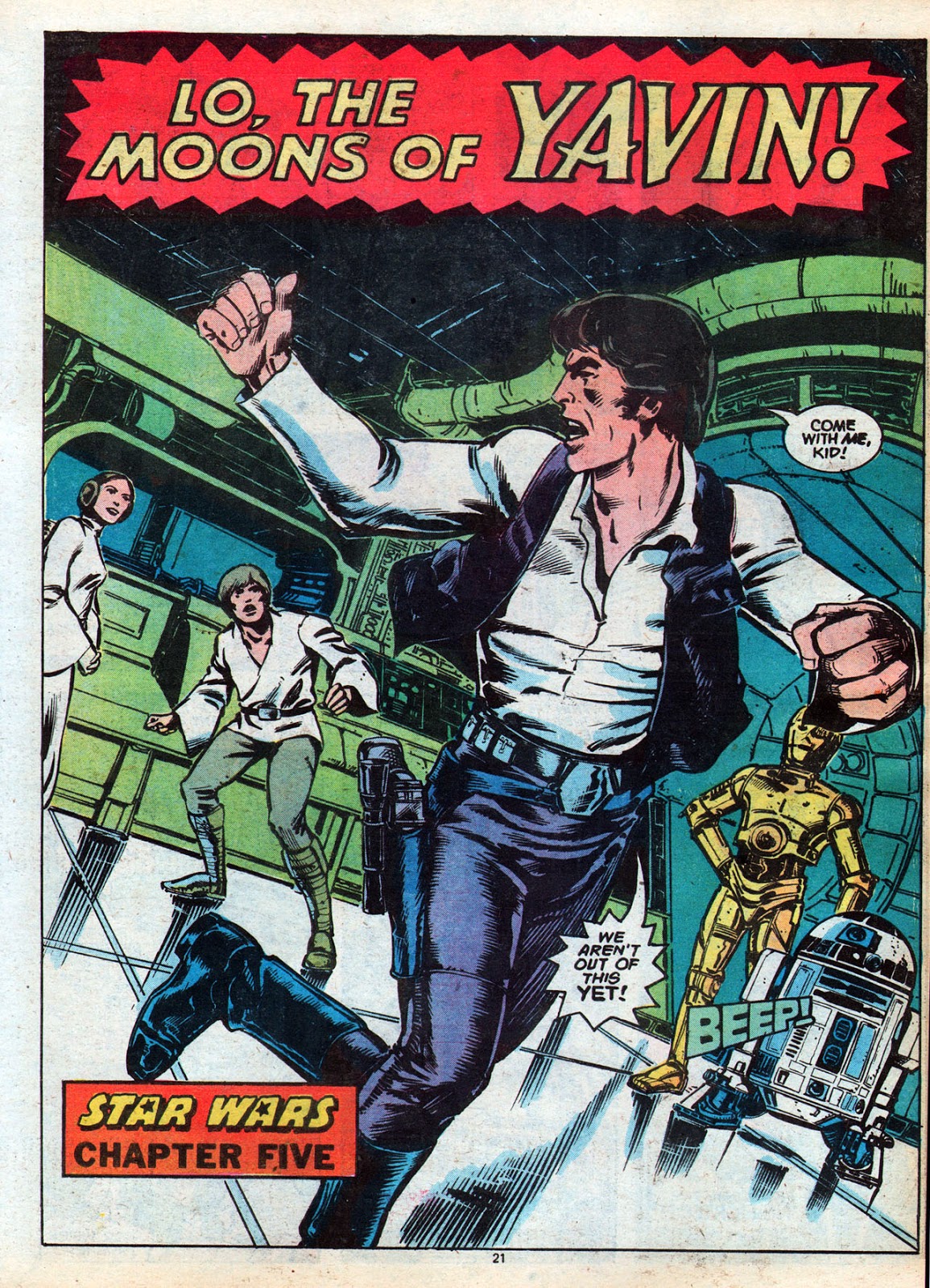 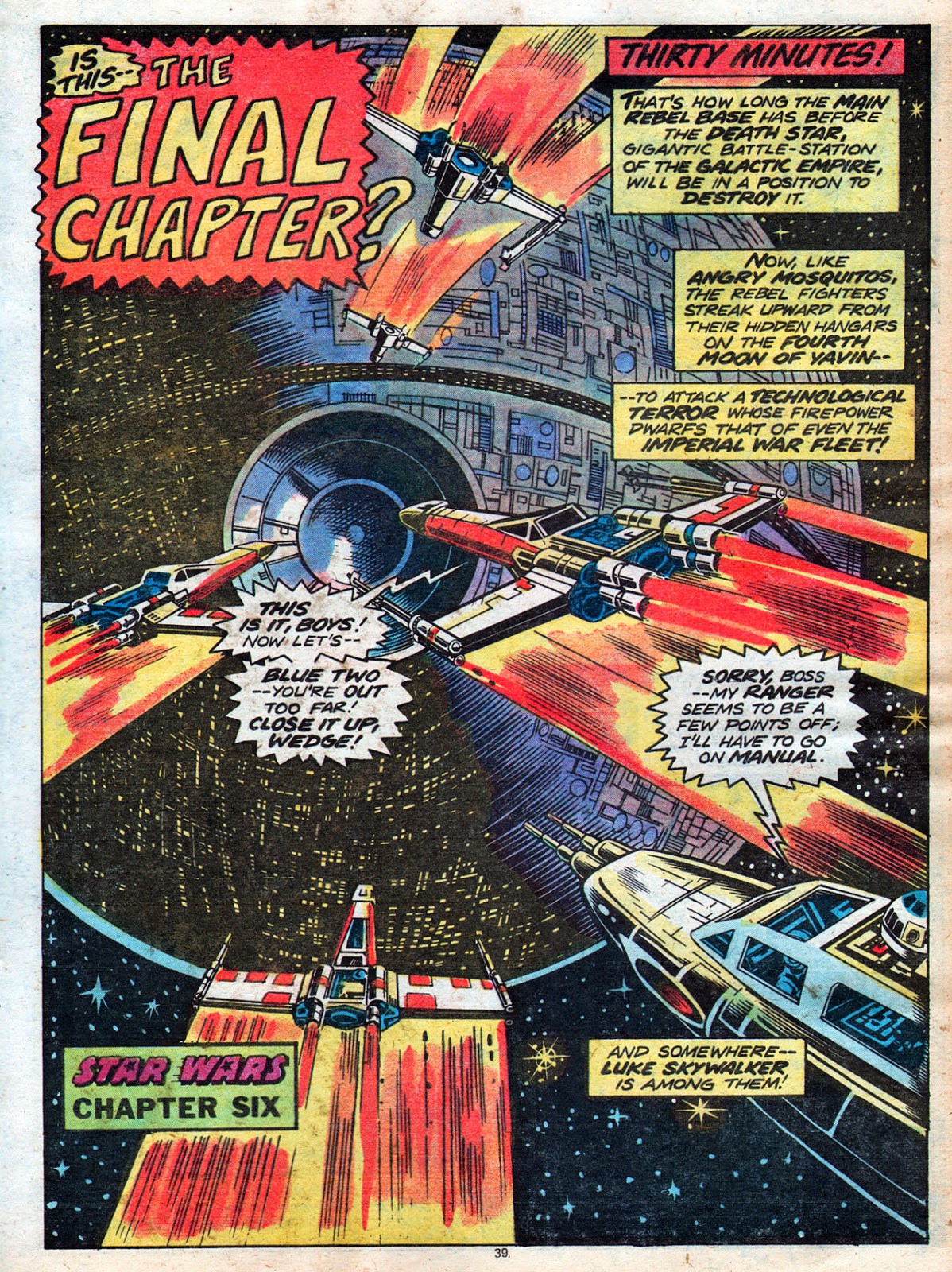 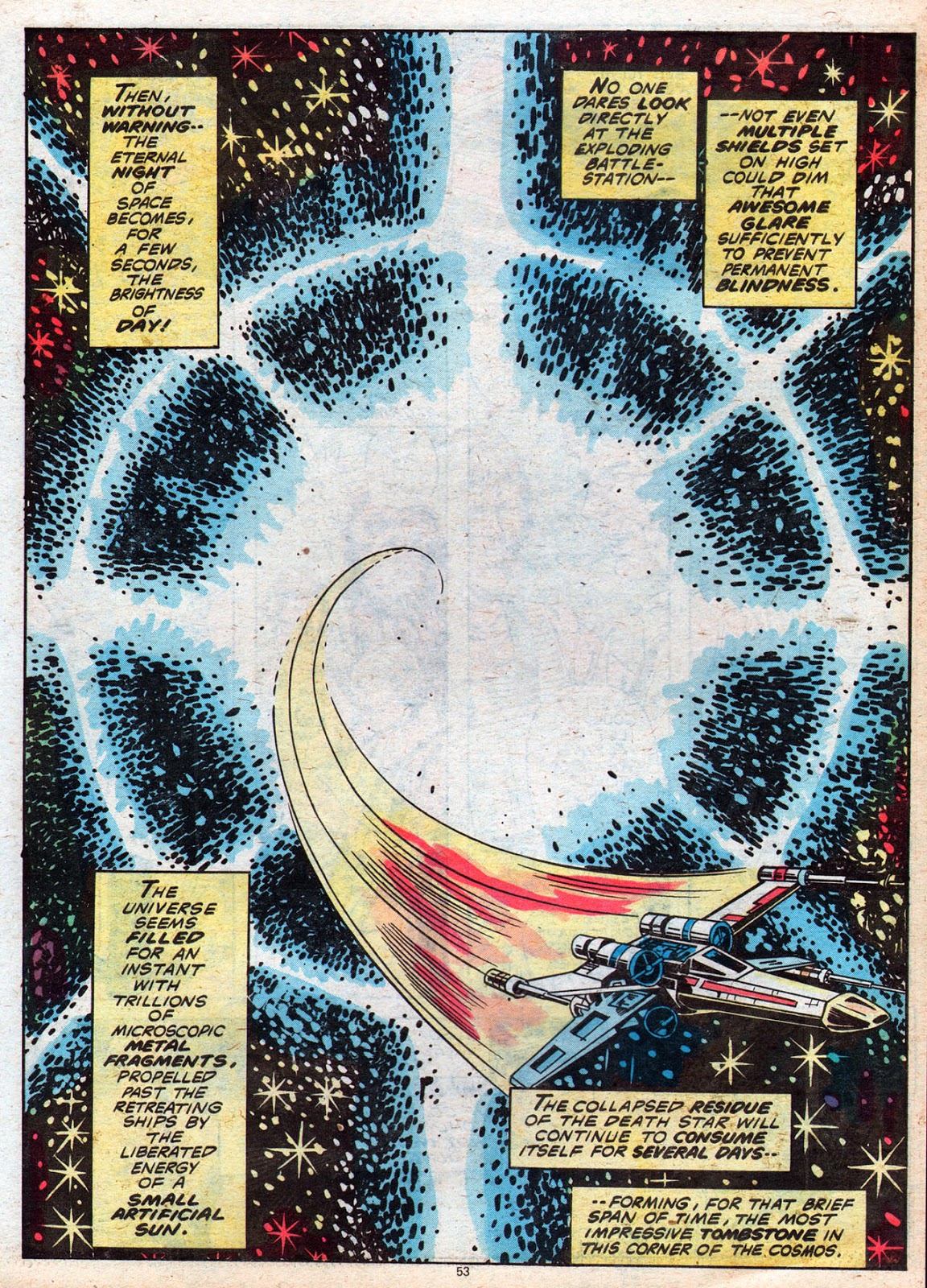