The Grooviest Covers of All Time: R.I.P. Dick Ayers

Well, Groove-ophiles, as you no doubt know by now, Darlin' Dick Ayers has passed. One of the original Marvel Bullpenners and an all-time great talent, Mr. Ayers will be sorely missed. Ol' Groove got to know him personally via mail and e-mail, actually getting to work with him on a short story paying tribute to his pre-Marvel Atlas/Monster days. He was so kind and supportive. Down to earth. Modest. A great man.

Mr. Ayers was best known as an inker, but he was also one heckuvva penciler, as we saw during the Groovy Age. Dick Ayers was THE Sgt. Fury and His Howling Commandos penciler, helped revive his Golden Age creation Ghost Rider, and lent his talents to Marvel's other war mags, Captain Savage and His Leatherneck Raiders and War Is Hell, as well as lots of westerns, and even the occasional super-hero story (like The Incredible Hulk or Captain Marvel). Late in the Groovy Age, Dick did some awesome work for DC in their war mags (like Unknown Soldier and Gravedigger) and on Jonah Hex, Kamandi, Freedom Fighters, Scalphunter, and others.

Dick's covers are what really knocked Young Groove out, though. Man, he could come up with some dynamic, iconic images that would make the change veritably leap from my hands. Here's a dozen that Ol' Groove thinks you'll enjoy. 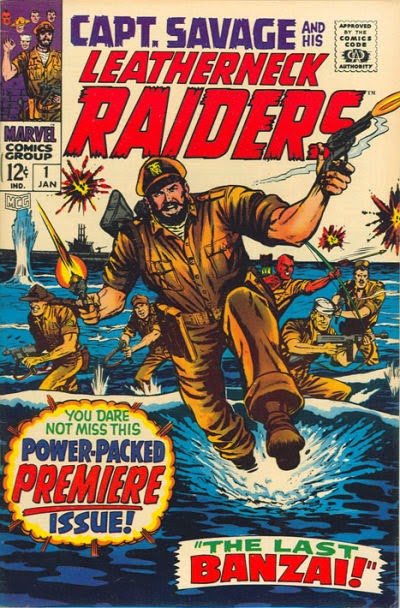 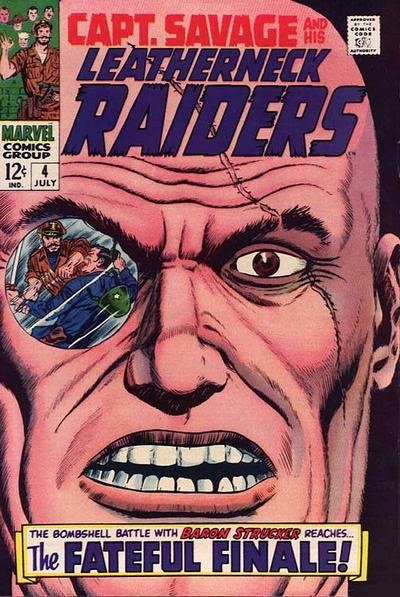 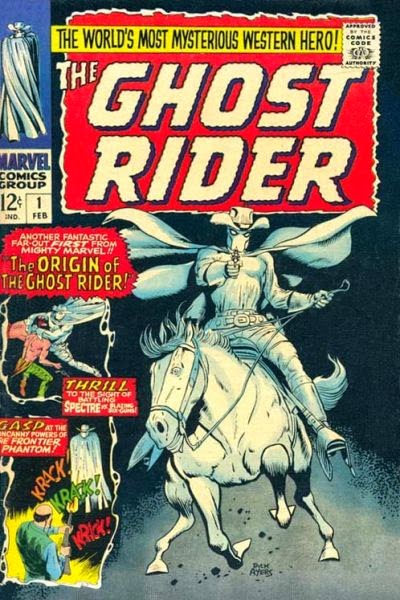 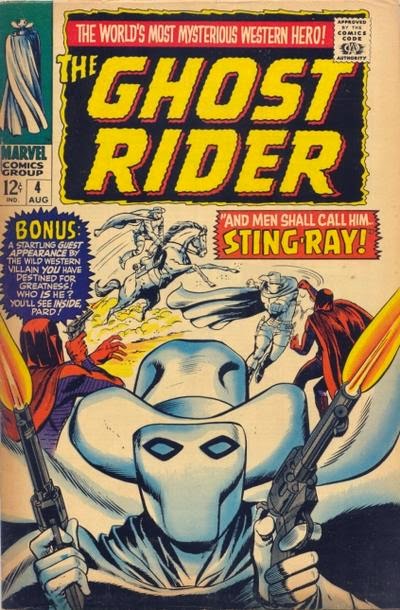 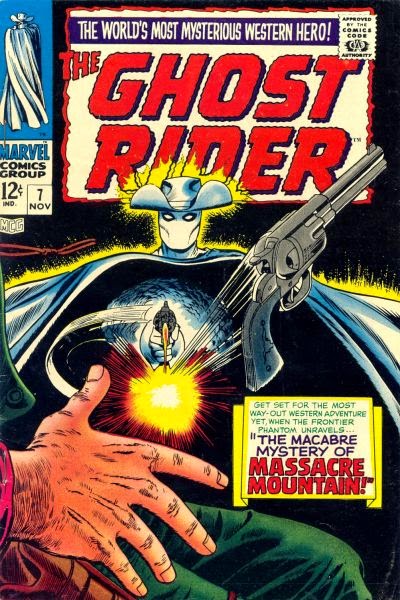 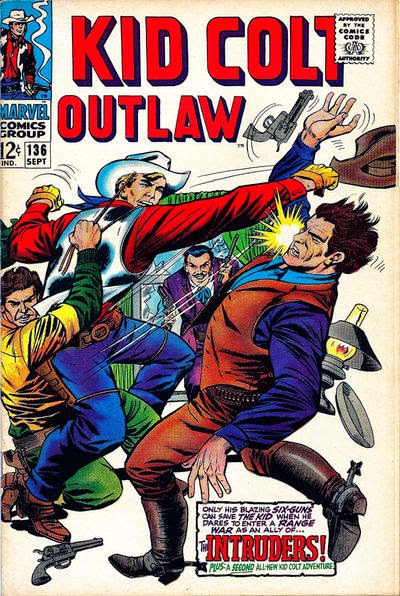 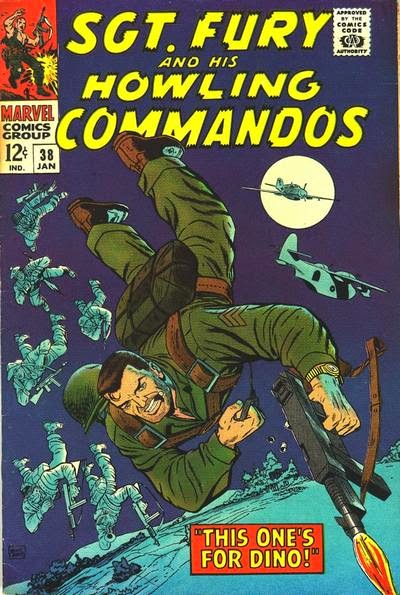 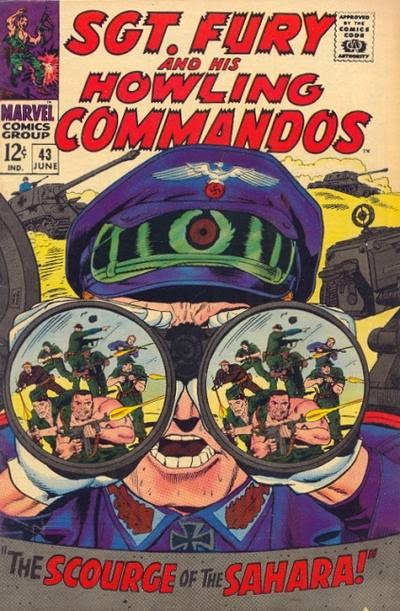 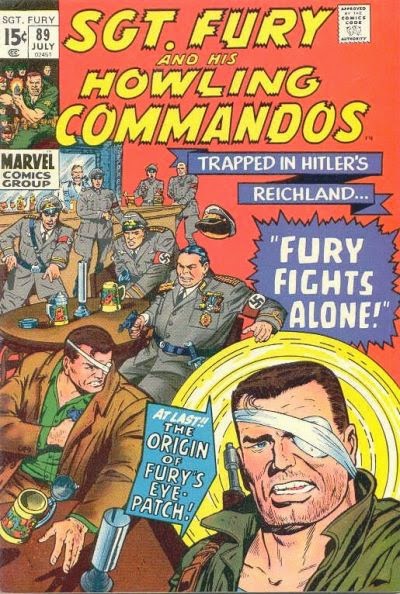 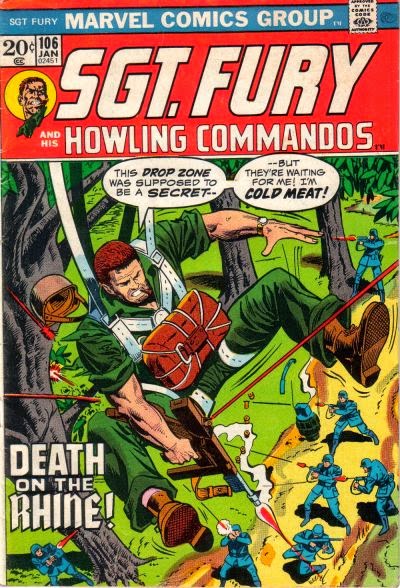 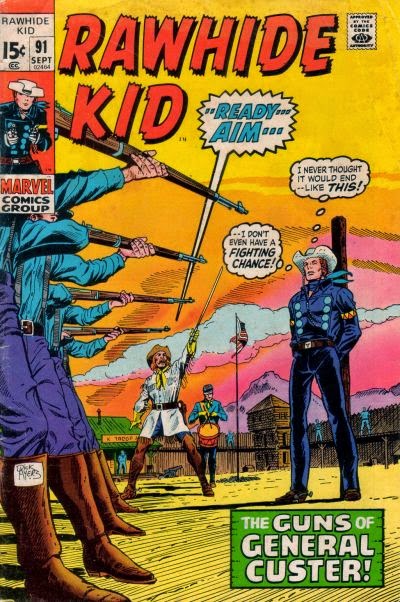 And thank you for sharing your immense talent, Mr. Ayers. You were first class all the way!
Posted by The Groovy Agent at 12:02 AM