The Forgotten Batman: "Into the Den of the Death-Dealers!" by O'Neil, Brown, and Giordano

Hey, hey, hey, Groove-ophiles! Yesterday was actually "Batman Day", the official 75th anniversary of our fave Caped Crusader, but since it was Black and White Wednesday, we put our part of the Bat-celebration off 'til today. (Think Alfred will notice?)

Yeah, it's no secret around here how much Ol' Groove loves The Batman (he's the reason I got into comics, don'tcha know), so the fact that The Darknight Detective is celebrating seventy-five years is mucho important to moi! I've picked an important episode of The Batman's life, his first meeting with Talia, daughter of Ra's Al Ghul, mother of Damien Wayne! Naturally this classic is written by Denny O'Neil and inked by Dick Giordano--two of the most important post-Batman TV show creators--but instead of being penciled by Neal Adams (who did contribute the cover) or Irv Novick, it's penciled by the ever-underrated Bob Brown, who does a fabamundo job! So happy anniversary, Batman! From Detective Comics #411 (March 1971),lets  follow The Batman..."Into the Den of the Death-Dealers!" 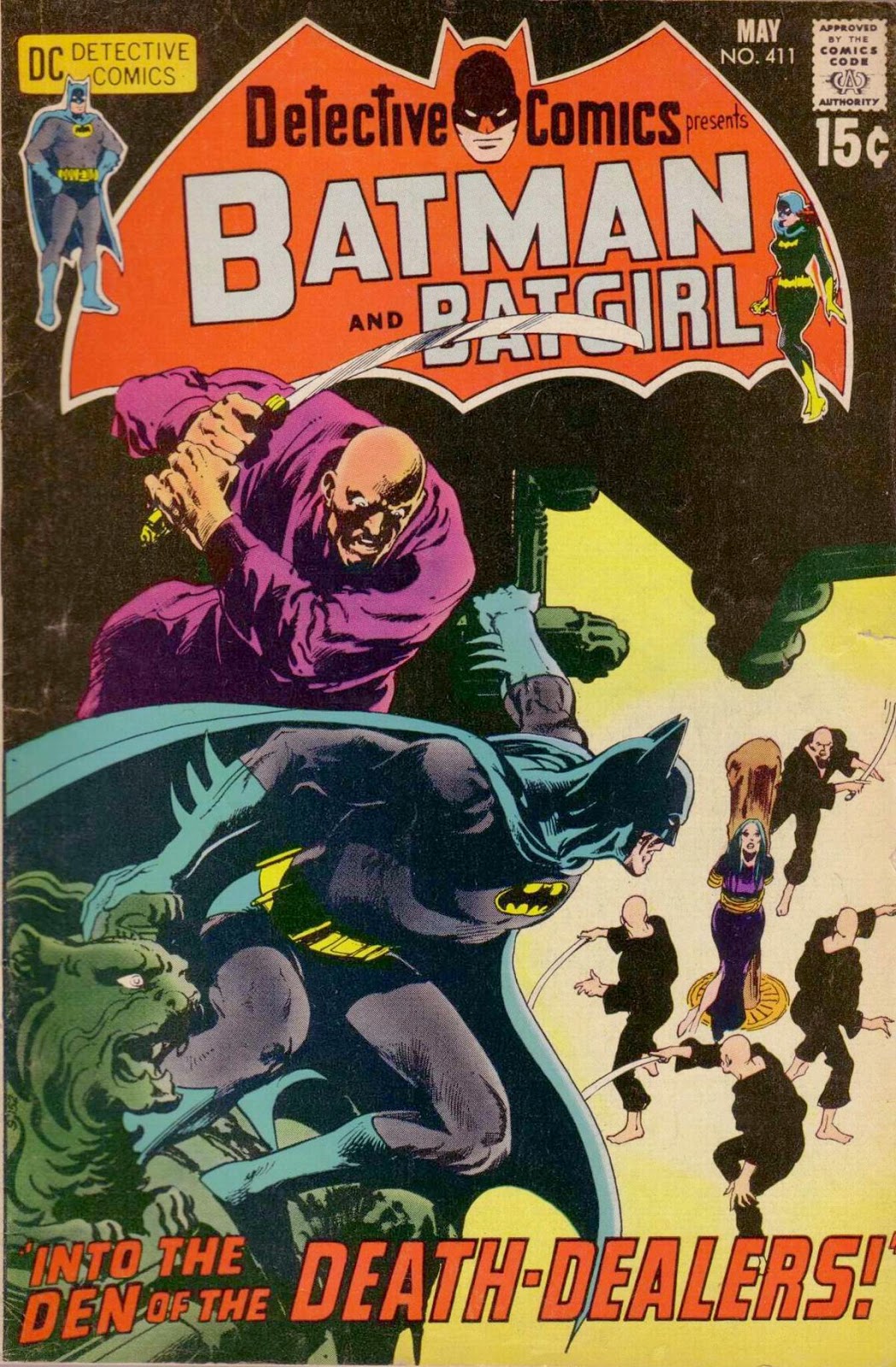 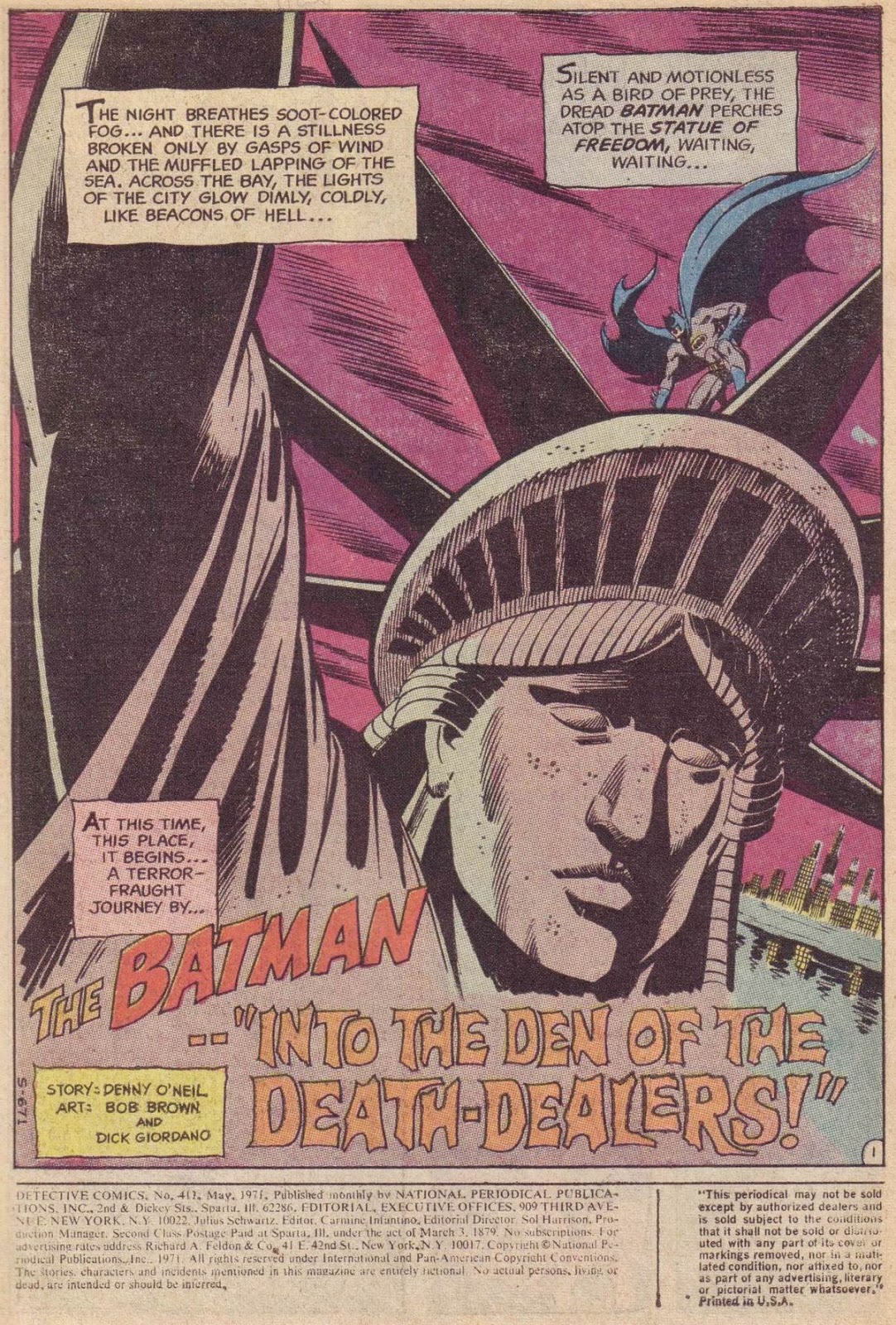 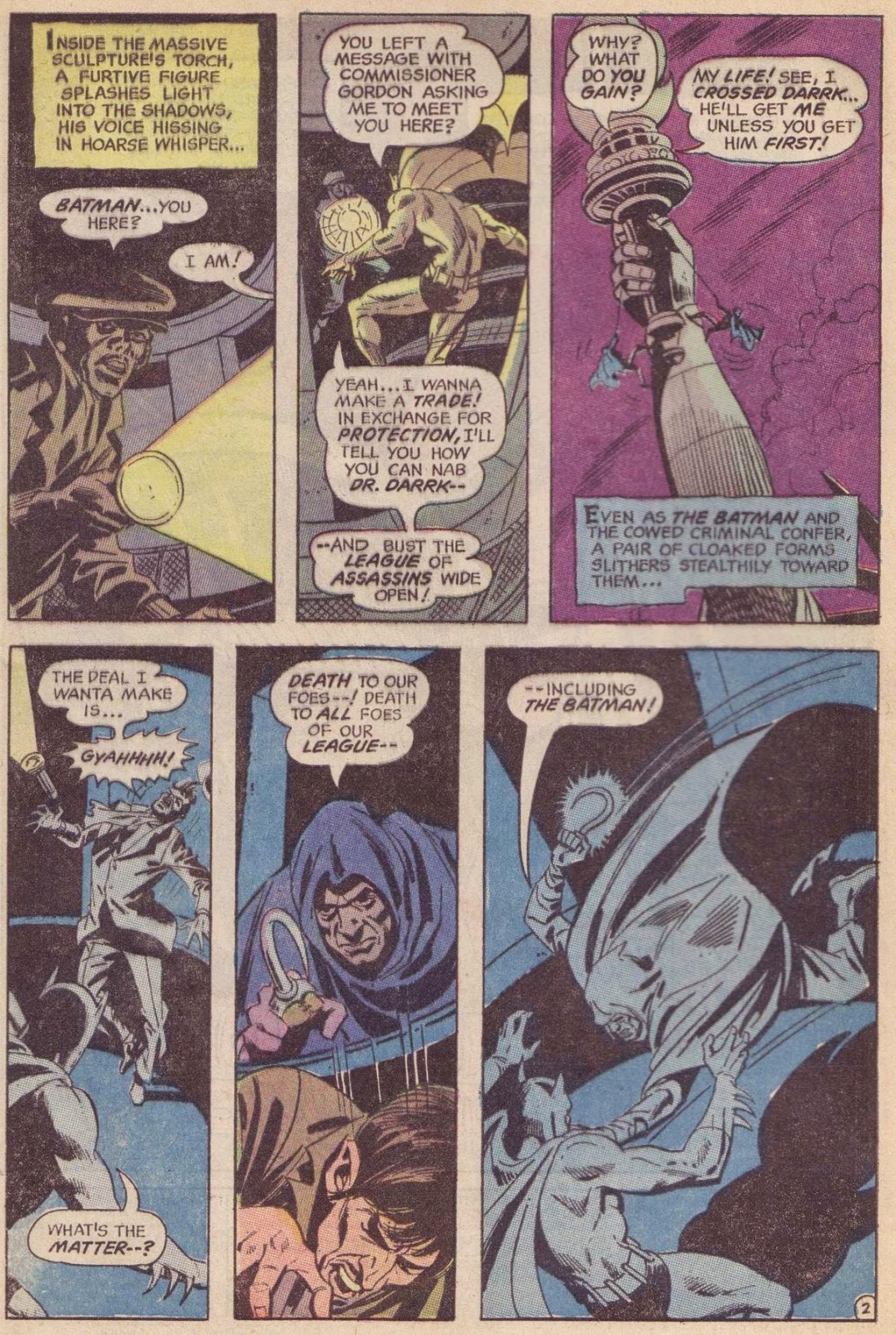 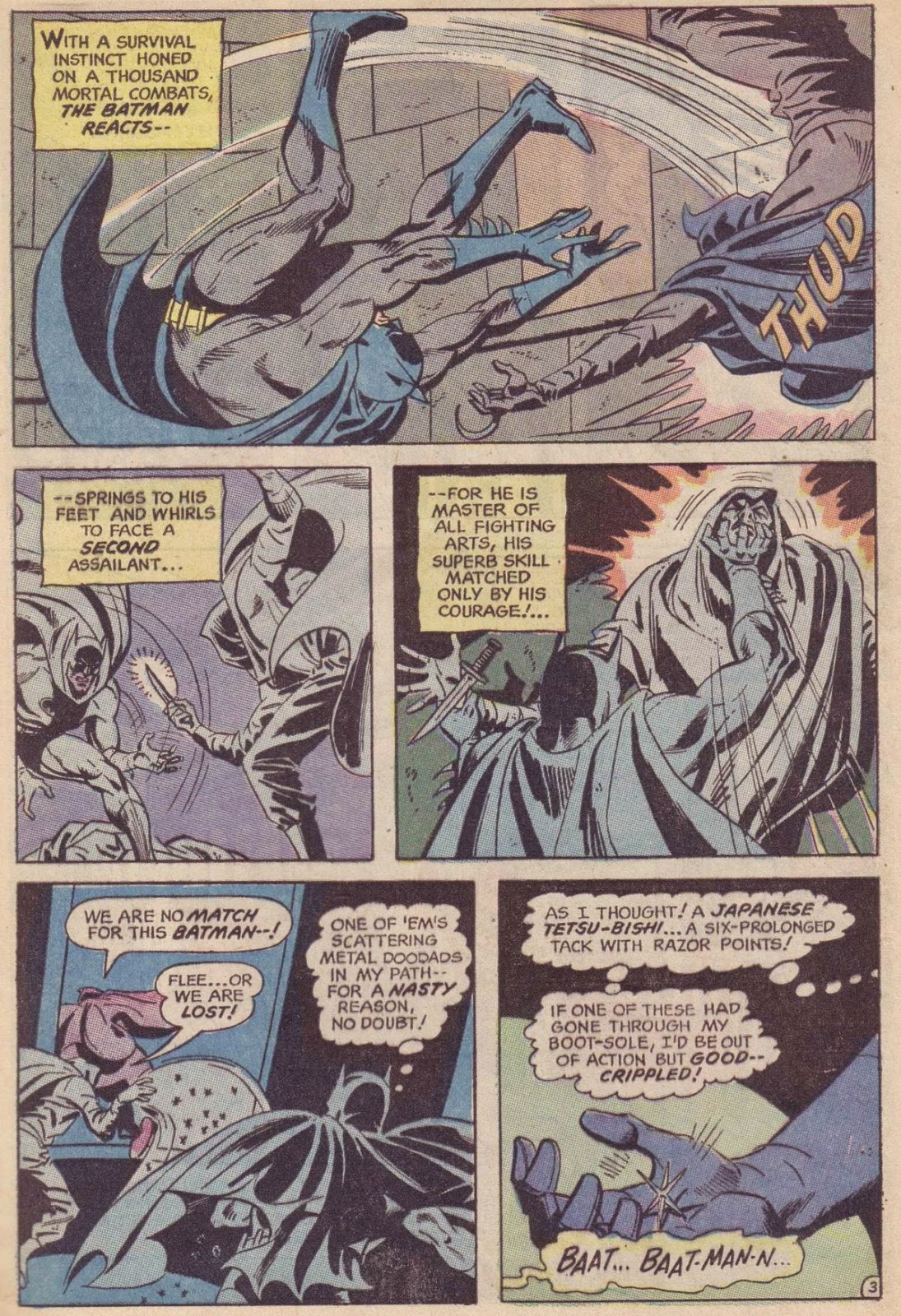 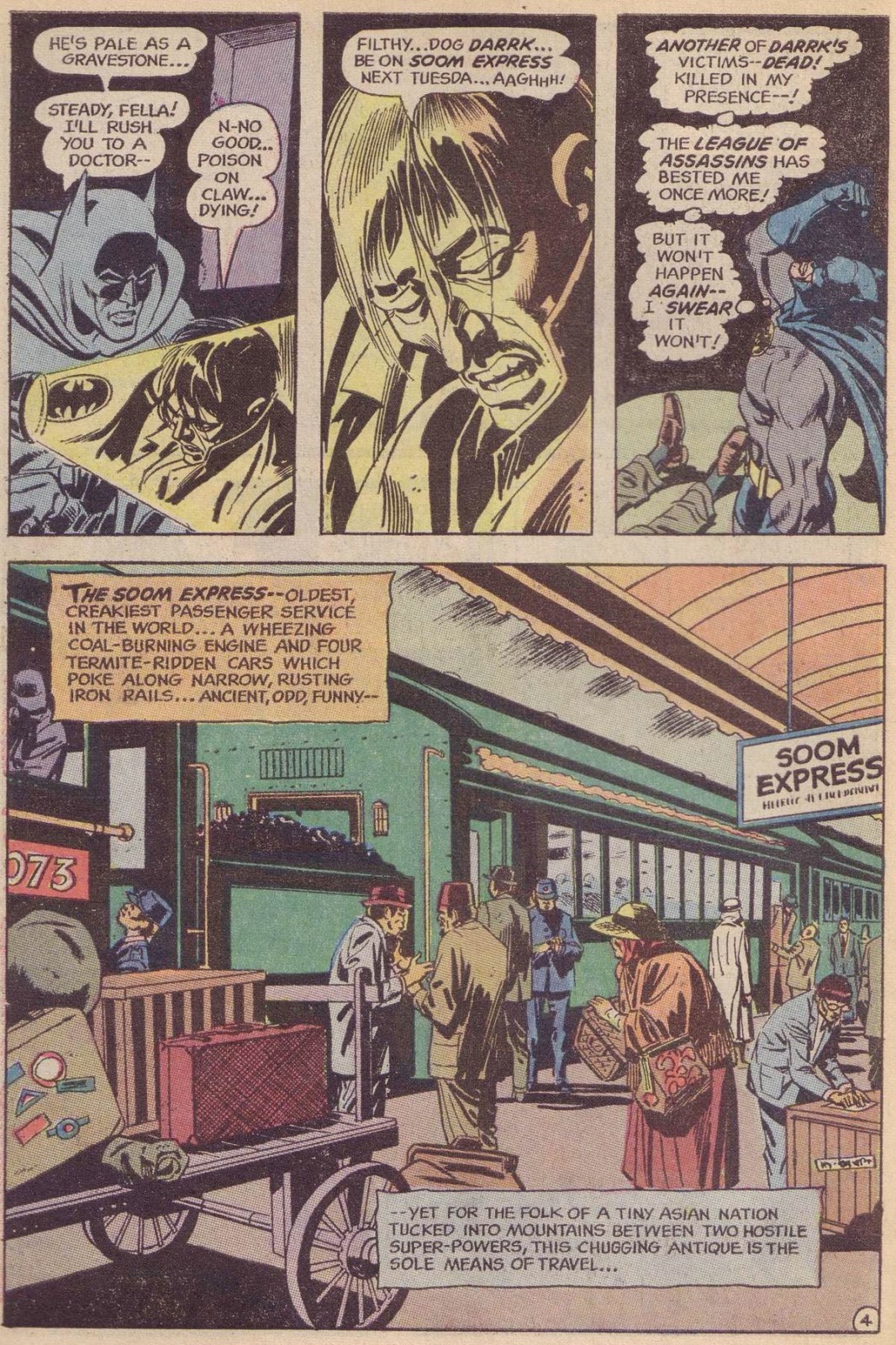 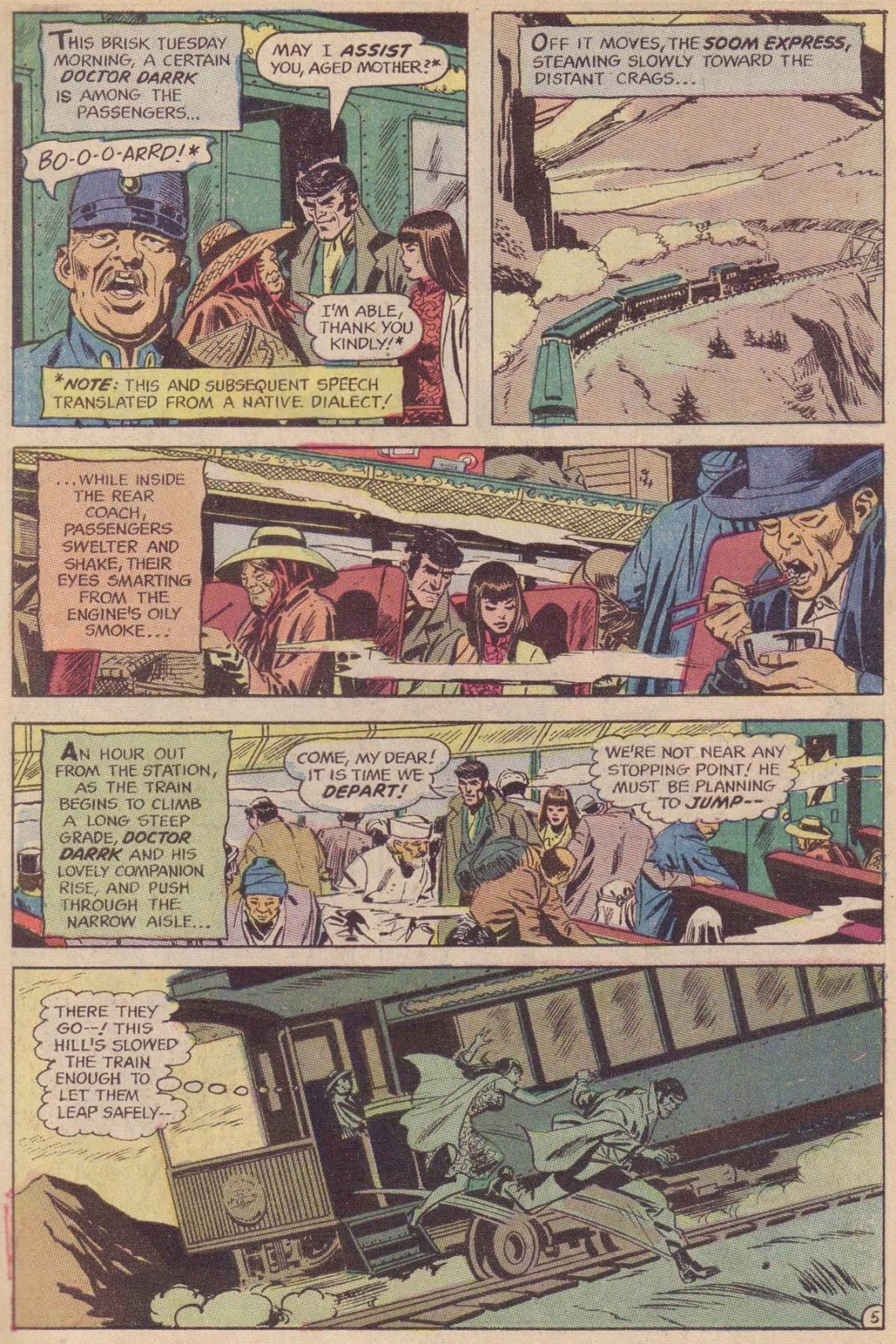 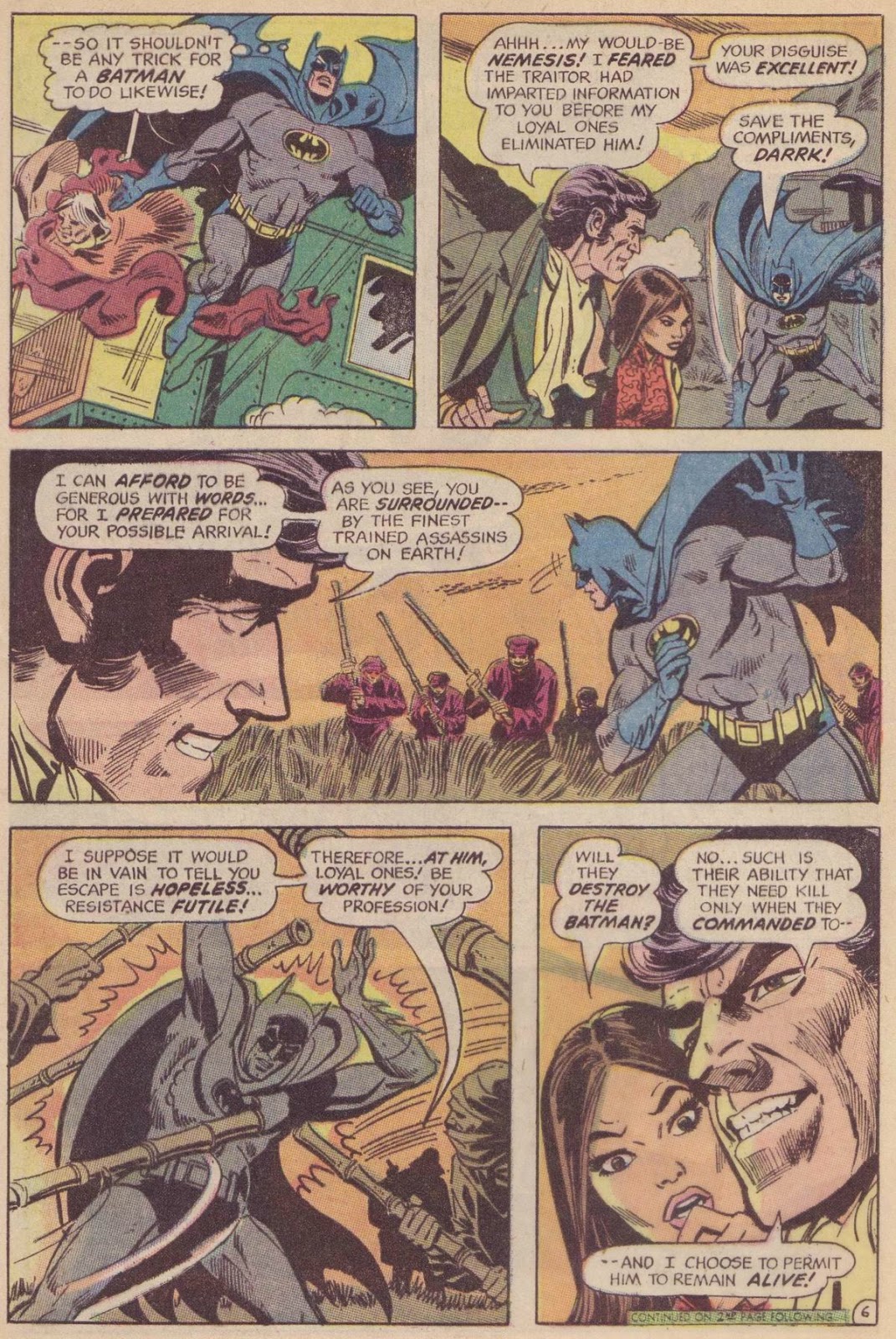 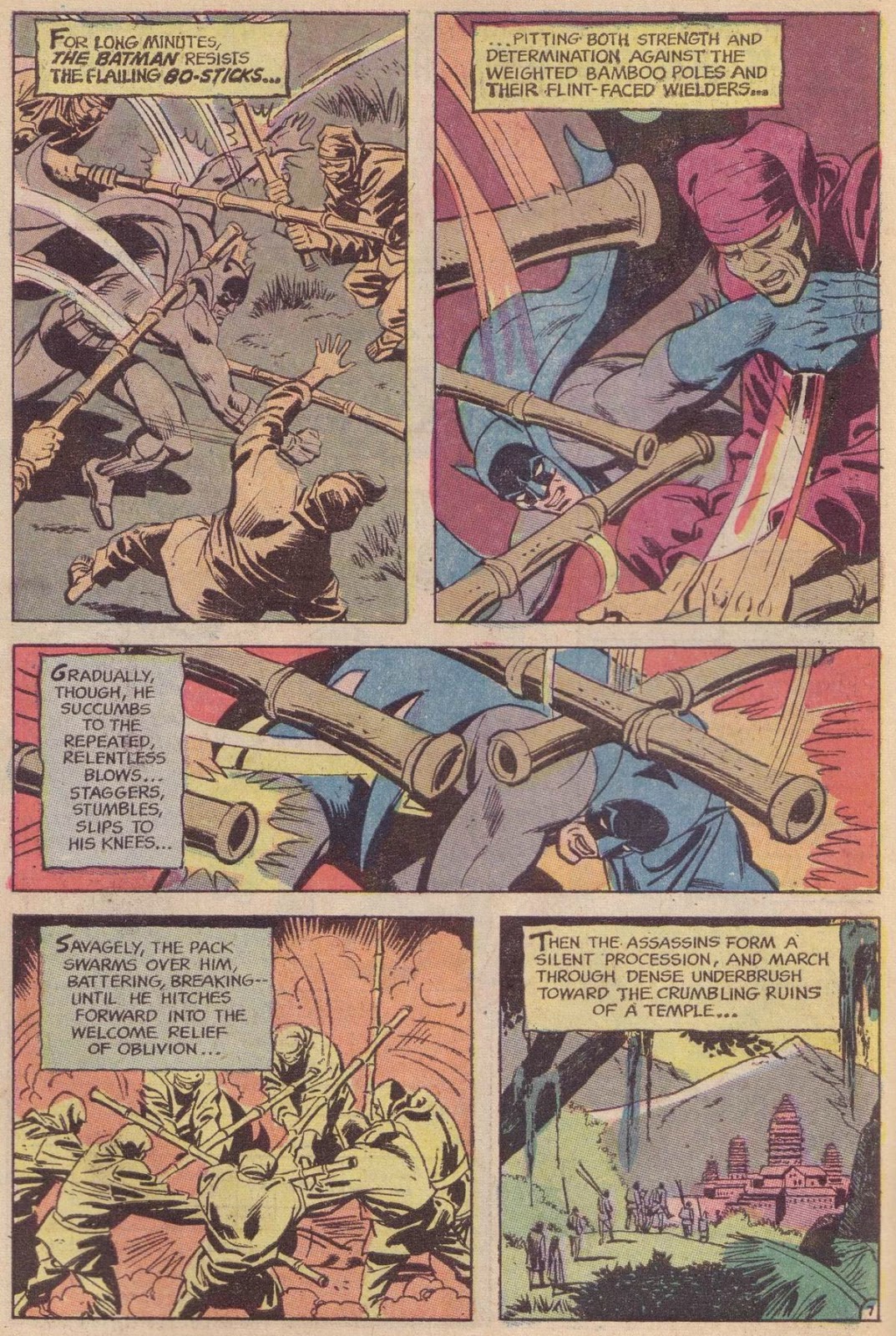 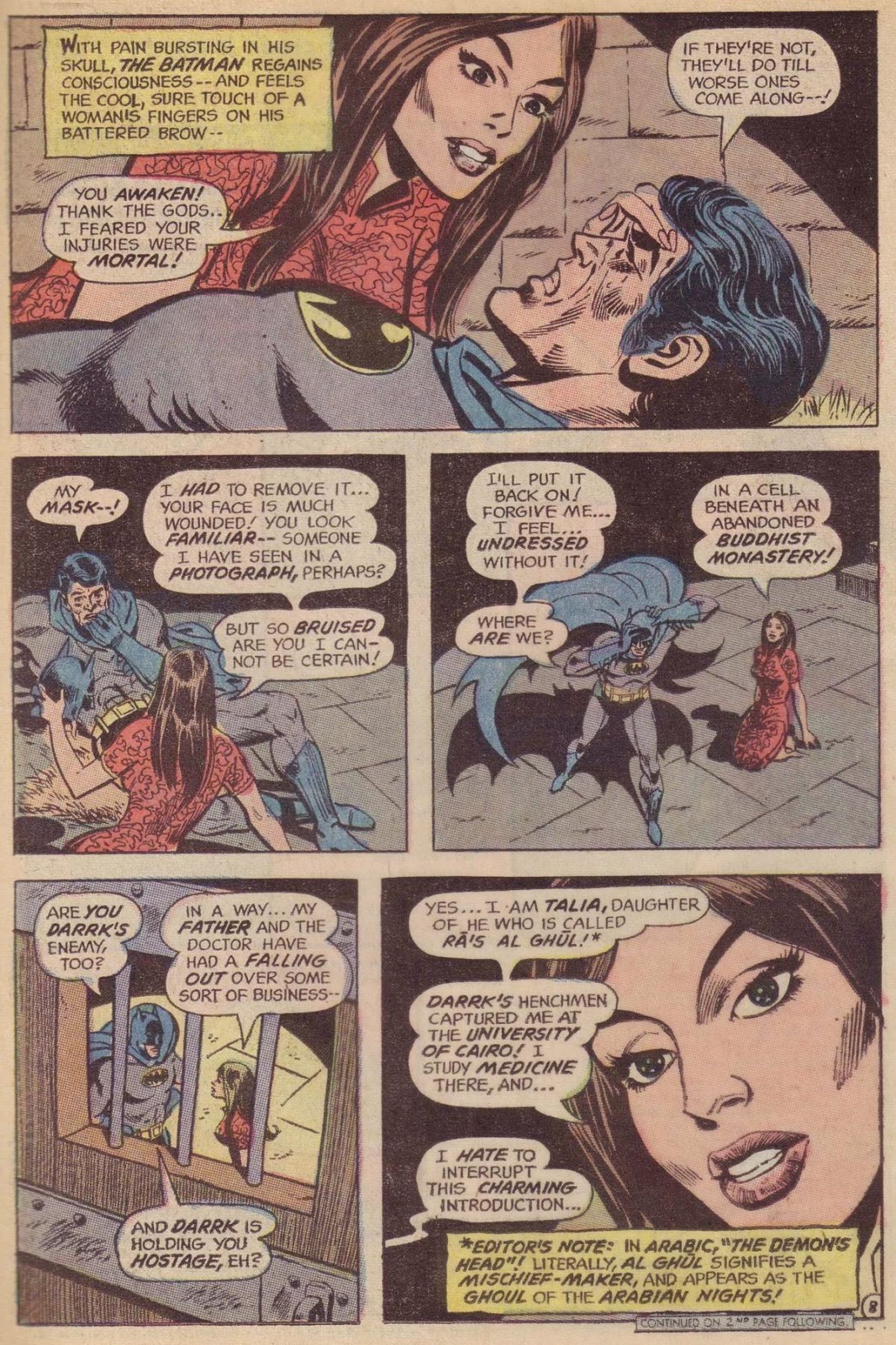 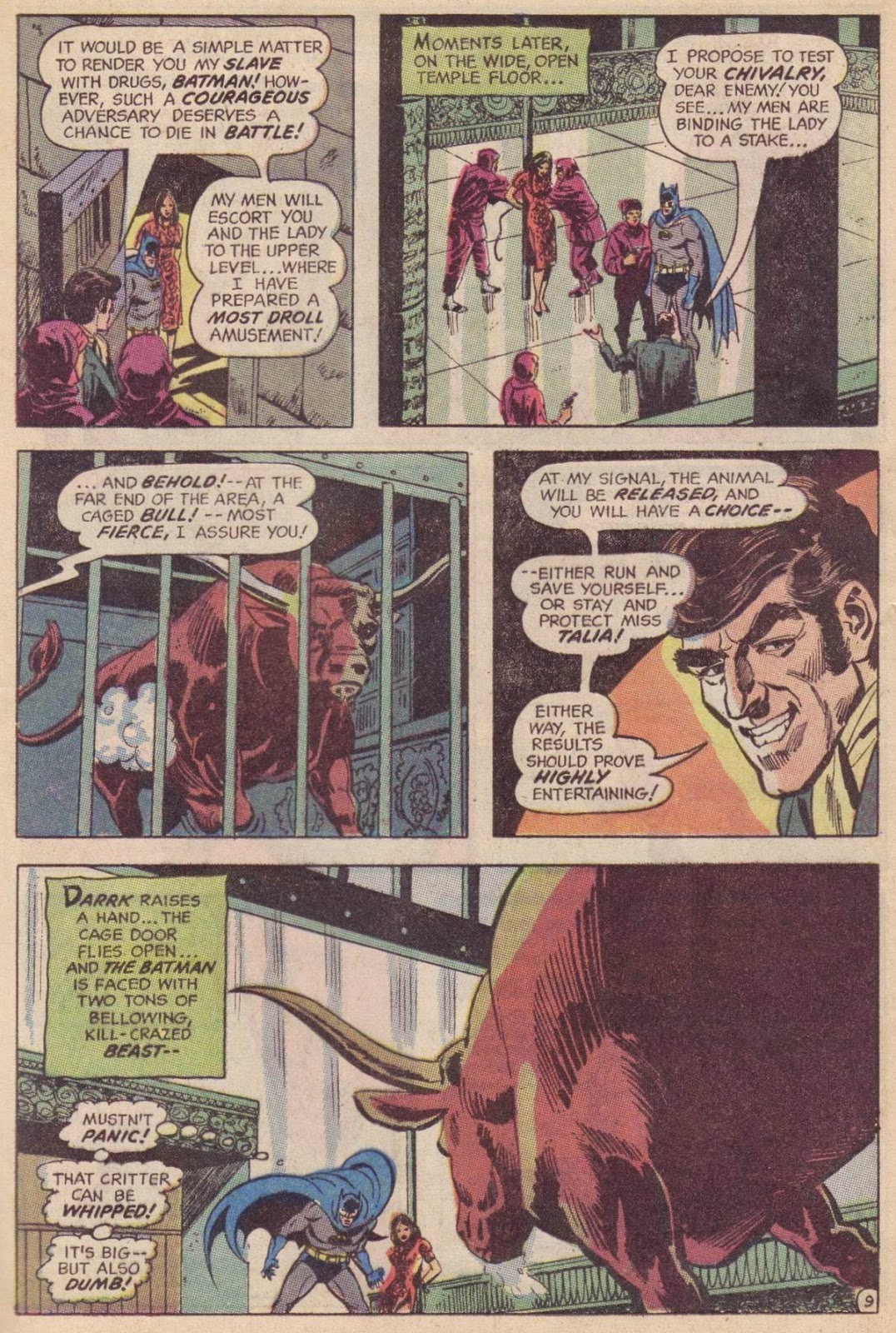 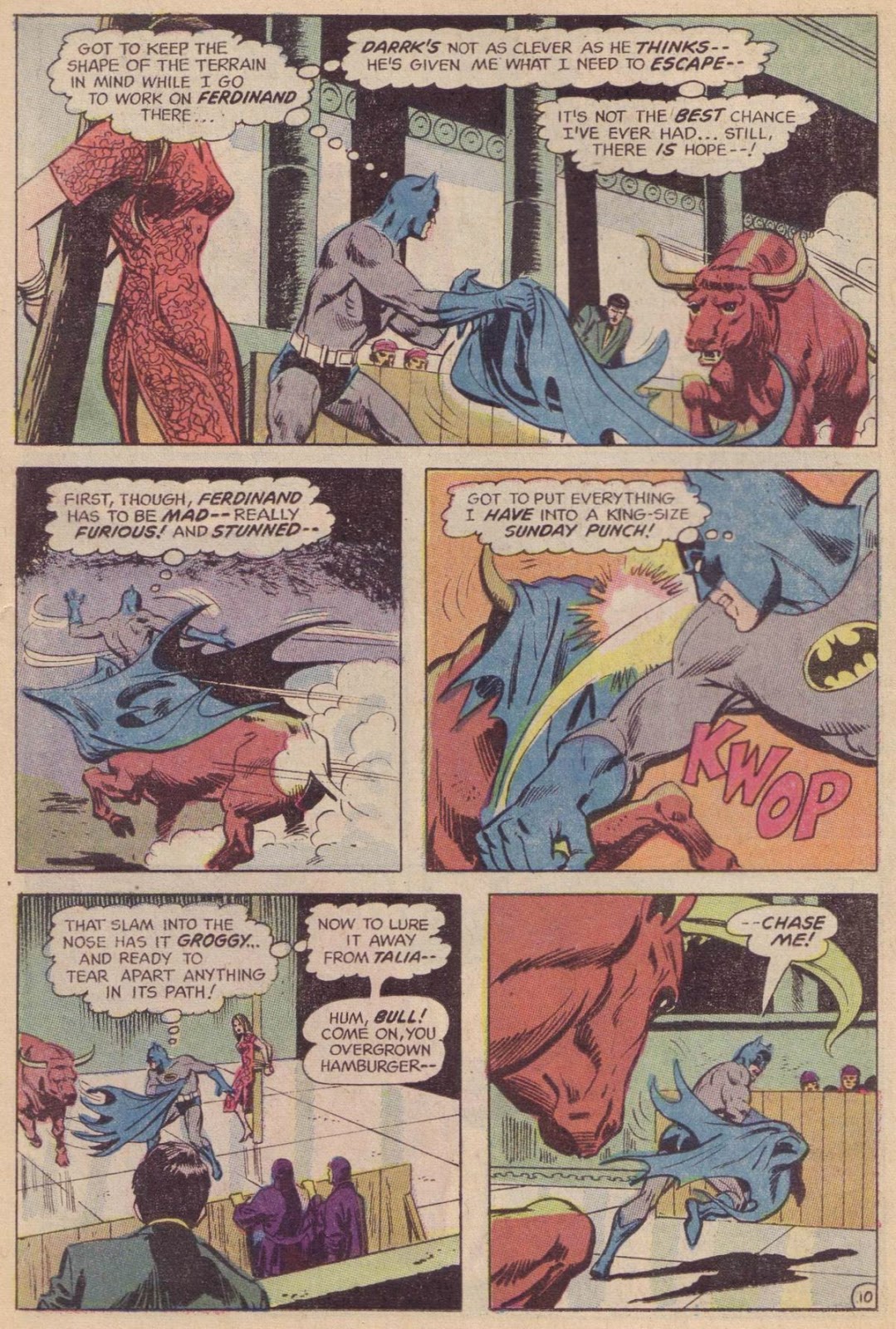 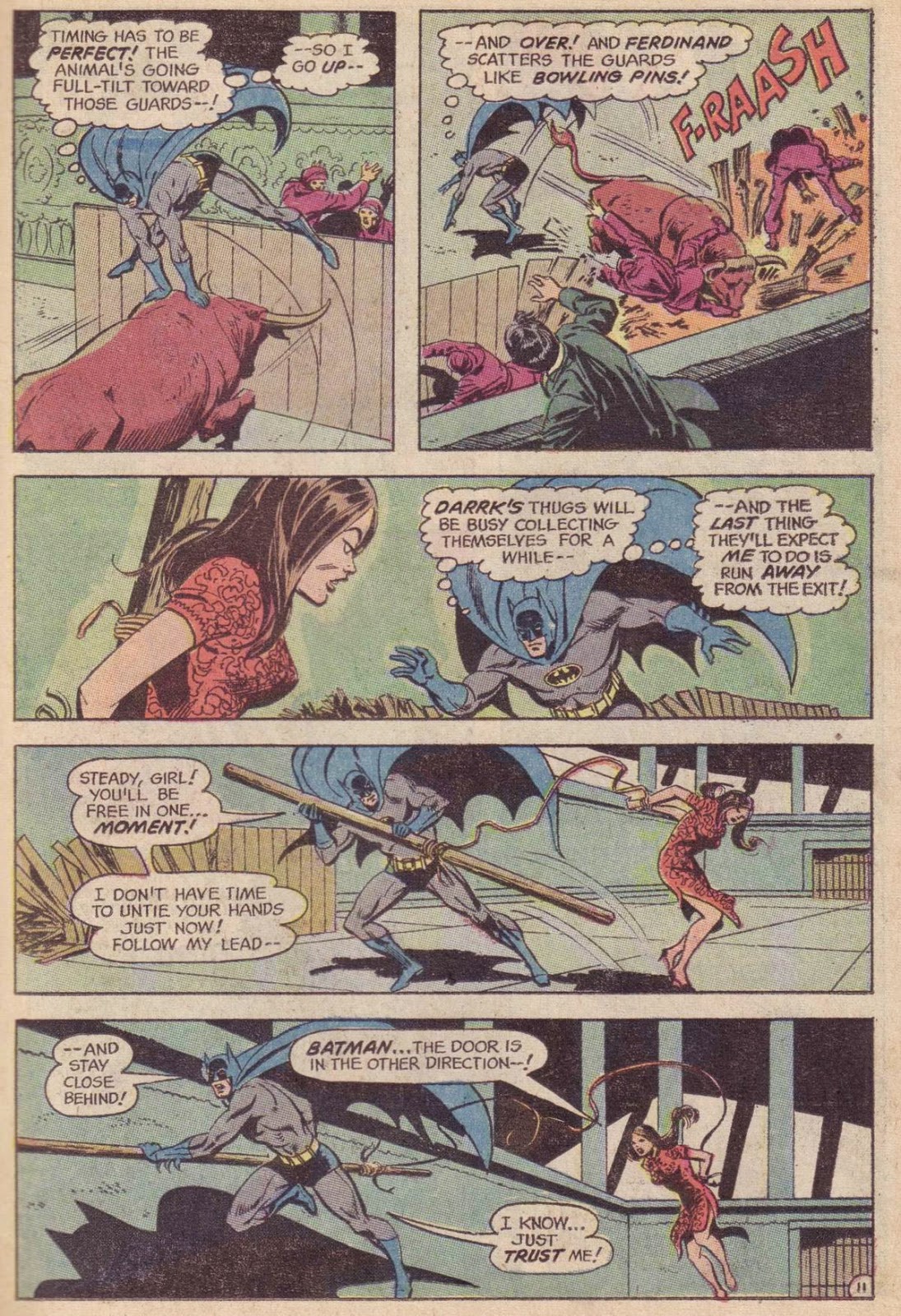 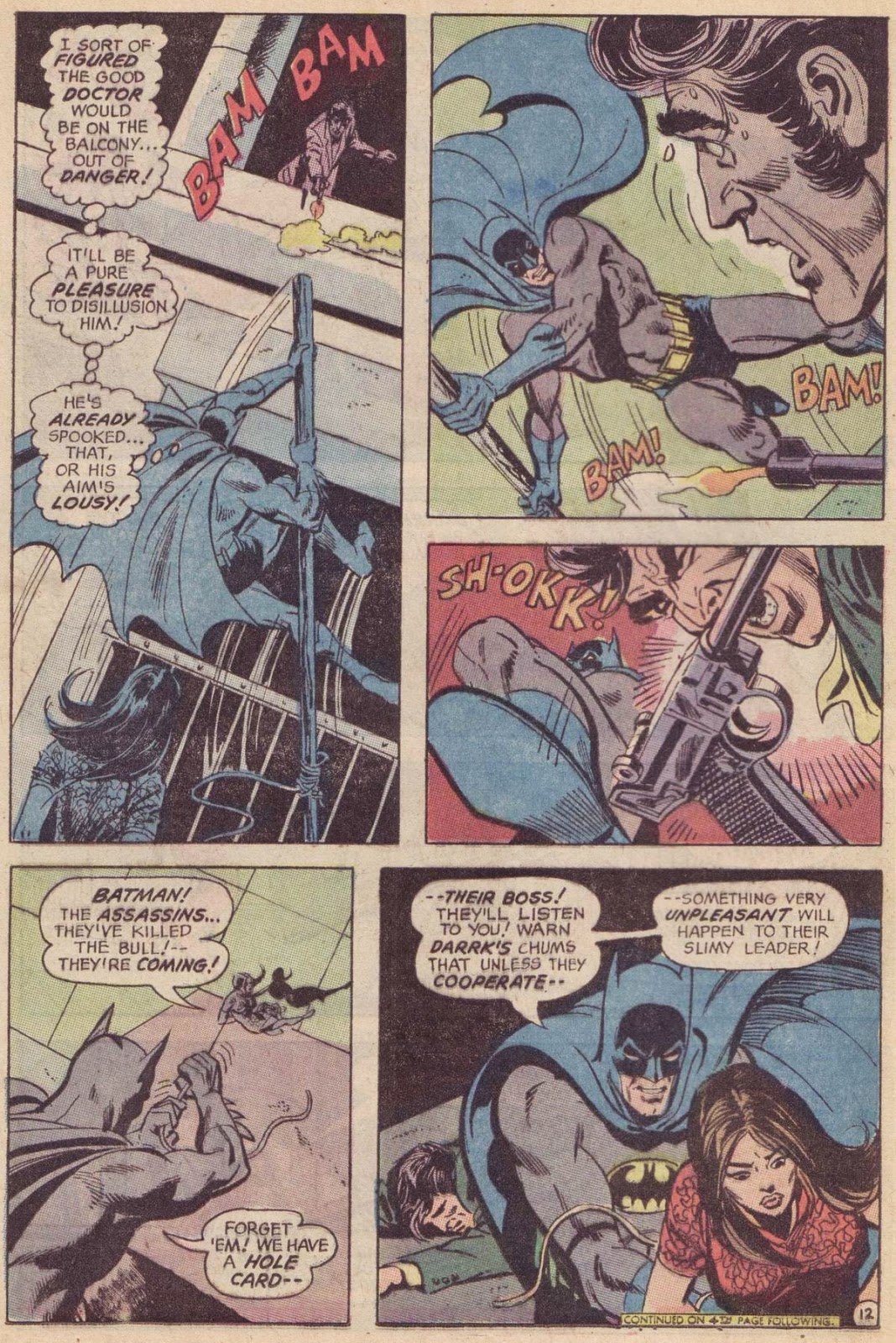 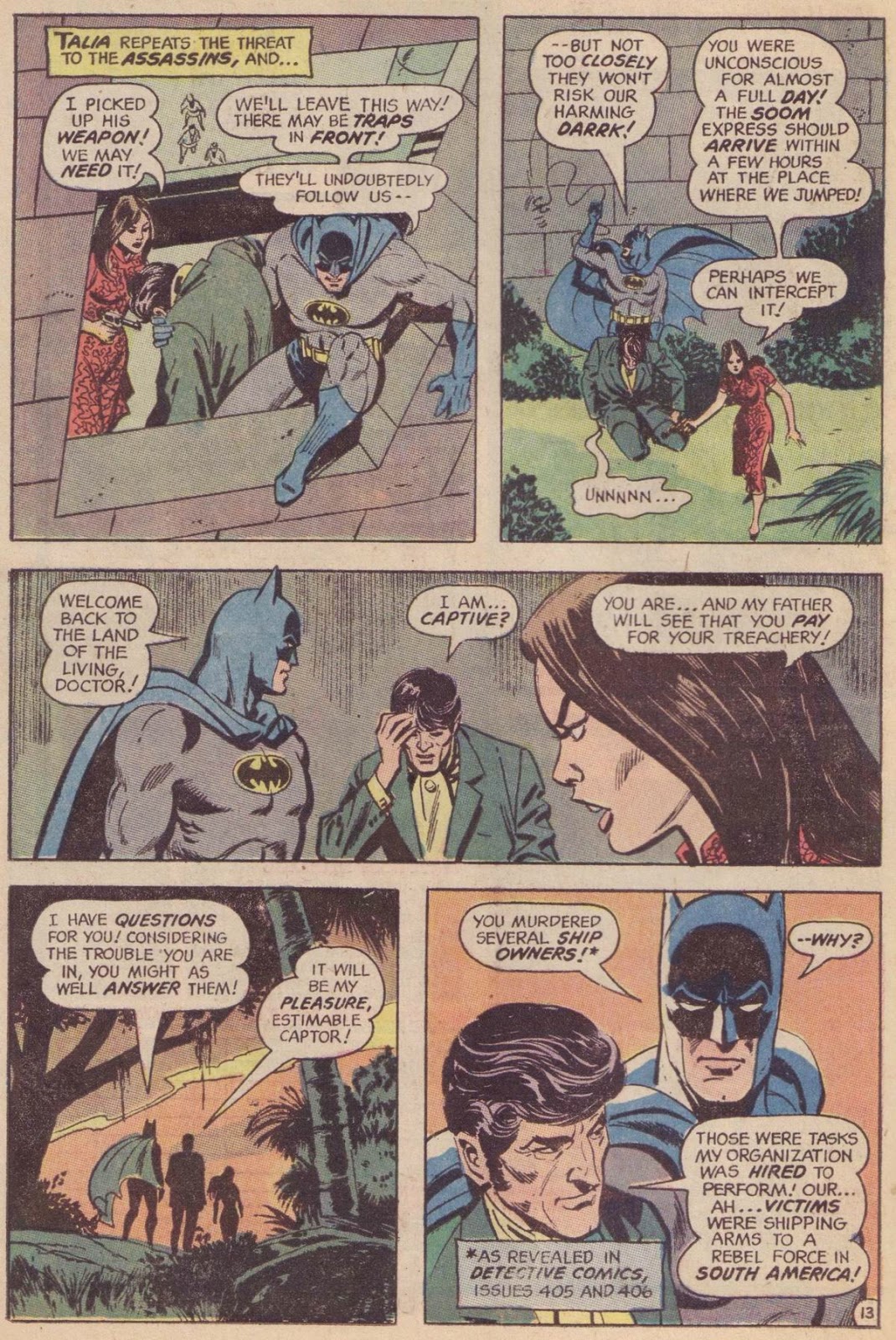 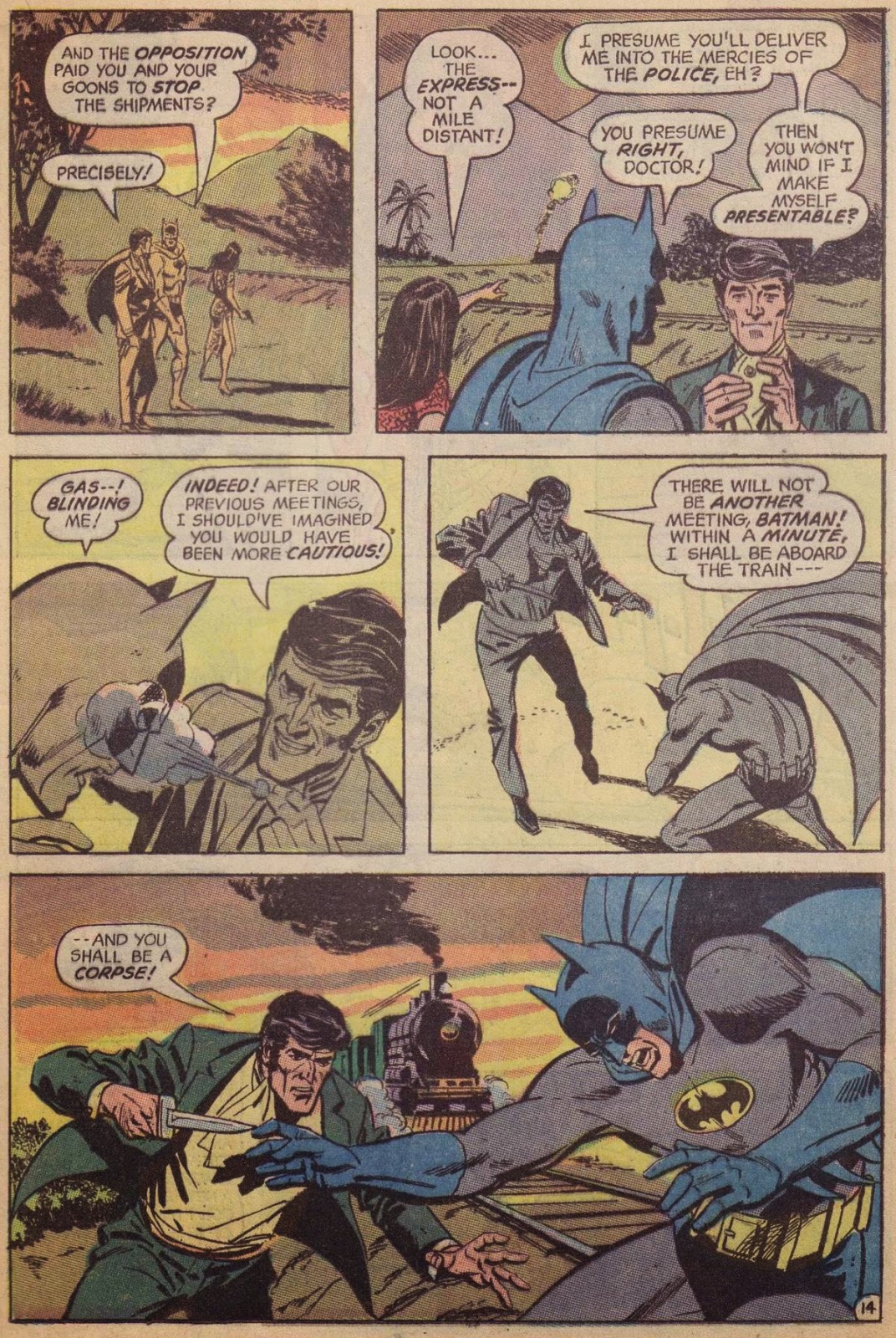 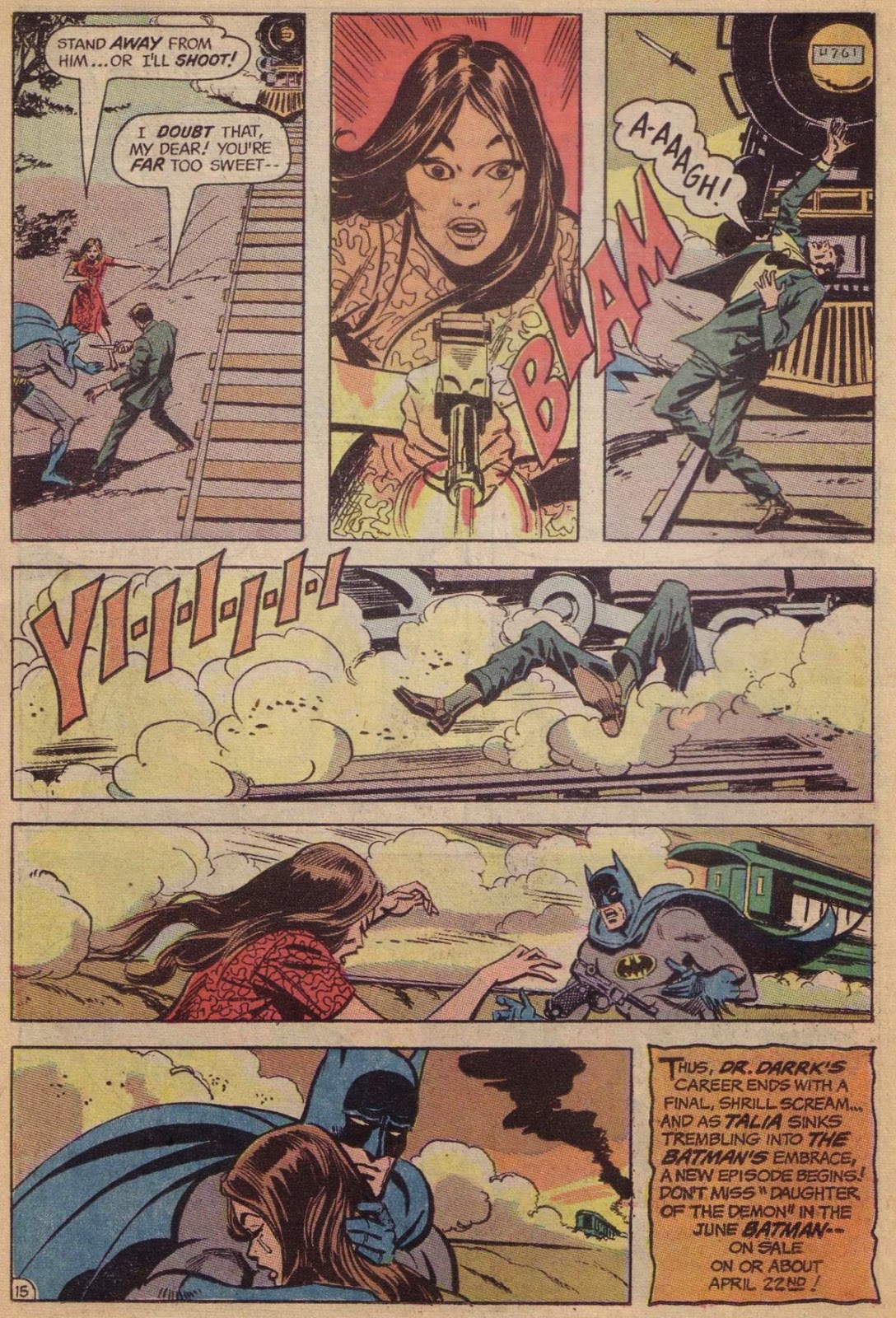