Marvel-ous Mondays: "...And the Juggernaut Will Get You...If You Don't Watch Out!" by Englehart, Brown, and McLaughlin

Greetings, Groove-ophiles! We're back with the final all-new tale of The Beast from Amazing Adentures (ish #16, October 1972 to be precise; ish #17 features a reprint of The Beast's origin from the original X-Men run (issues 49-53) with a couple of framing pages by Jim Starlin). "...And the Juggernaut Will Get You...If You Don't Watch Out!" by Steve Englehart, Bob Brown (with "real-life" characters' faces re-drawn by Marie Severin), and Frank McLaughlin strengthens Hank McCoy's X-Men ties with the return of his former girlfriend Vera and major X-Men villain The Juggernaut. It's also another of those Halloween issues the early 1970s are famed for in which the legendary Rutland, Vermont Halloween Parade (which always featured folks dressed as super-heroes (we'd call 'em cos-players today, huh?) in it) and Halloween party host Tom Fagan. This story had the extra-added attraction of sporting guest-appearances by Marvel Bullpenners Steve Englehart, Gerry Conway, Len Wein, and Glynis Oliver (then Mrs. Len Wein) plus cameos by Roy Thomas and his former wife Jean. If that cast of real-life characters sounds familiar, it's because this story crosses over with two other Rutland/Halloween comics, Thor #207 and Justice League of America #103 (all on sale that self-same month). Whew! This intro is gonna be longer than the actual comic! Let's get on with tha show! 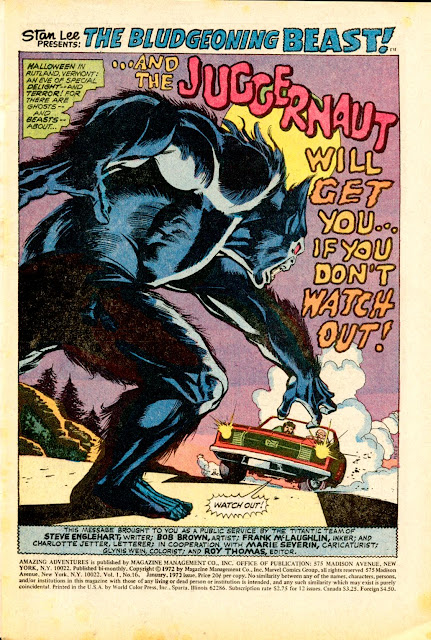 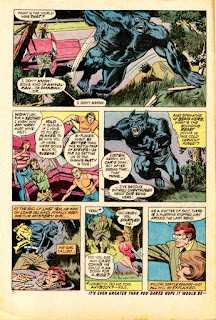 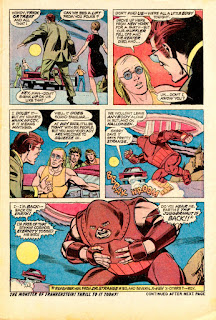 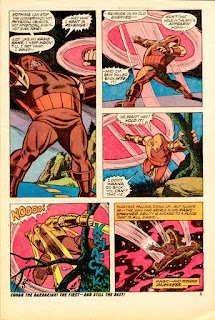 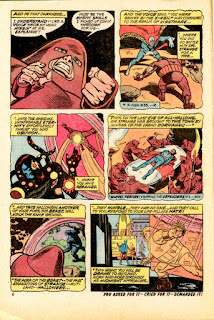 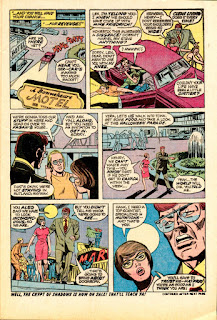 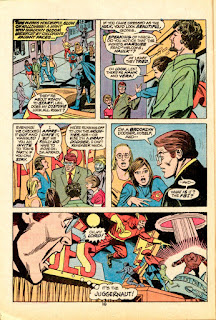 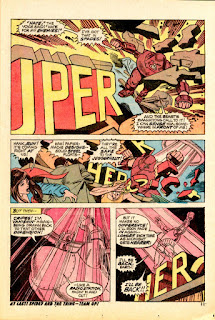 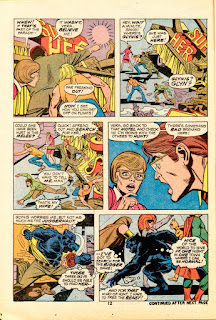 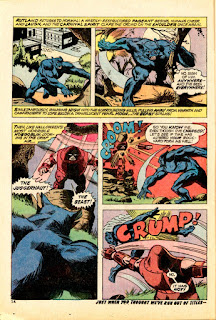 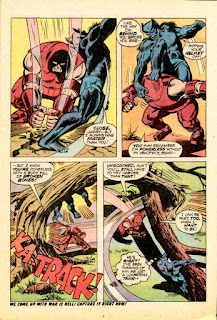 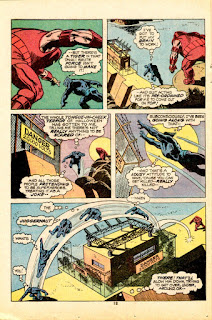 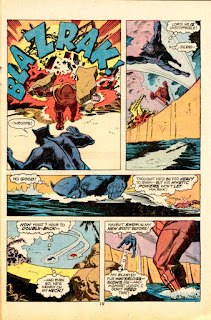 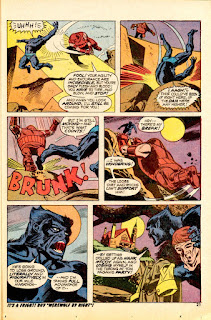 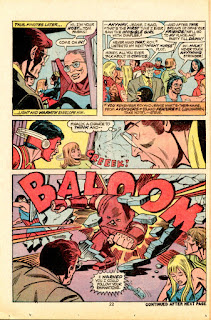 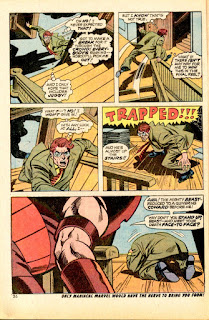 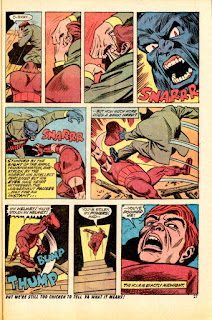 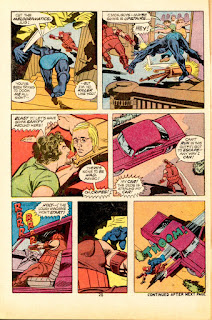 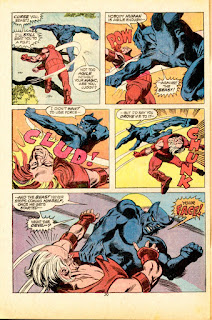 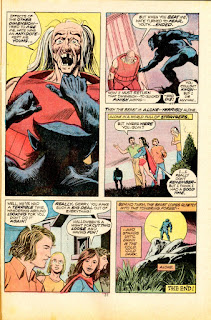