ITEM! First up, I wanna thank Dave Olbrich, Founding Administrator of the Eisner Awards, former Malibu Comics publisher and bad-to-the-bone blogger for nominating the Diversions as Blog of the Month on his own far-out Funny Book Fanatic blog. Ol' Groove's head is so swollen, even a Brady-style perm couldn't hide its size! Thanks a ka-zillion, Dave! Hope you keep reading and enjoying all this Groovy Age goodness for many more moons!

ITEM! Thanks for all of you who've voted so far in the "What Kind of Blog Should Groove Do Next" poll. For the longest time, "The 1970s in general" was leading, but "80s comics" has taken the lead recently. Which would you prefer? There's less than a week left to vote, so make your voice heard! 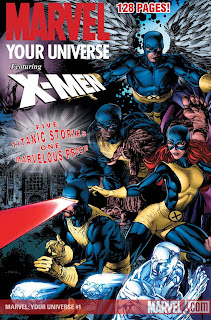 ITEM! Ol' Groove swore off buying new comics waaaaaaay back in August. The prices are too high, too many crossovers, etc. I decided to "wait for the trade" on the good stuff and ignore the rest. As usual, Marvel Comics does something out of the blue (to me--I don't remember hearing about this on any of my regular comics news haunts) and puts out a comic that fairly forces me to pick it up! Yea, verily, out of the wilderness Marvel: Your Universe #1 came calling my name! What the heck is it and why the heck did it make me break down and buy it? It's a new monthly anthology, 128 pages, reprinting five-series-in-one-book for $6.99. Yeah, five comics for the less than the price of two--or if ya wanna get technical, that's like getting five comics for around $1.40 each. Even a miser like me can't resist that! But it wasn't only the format that grabbed me, it was the contents, baby! Five updated versions of some of my favorite Groovy Age characters: Iron Fist, Ms. Marvel, Nova, the X-Men, and Ghost Rider. Doggone it, Marvel, you've roped me in again! Now I guess you'll put out another anthology with Guardians of the Galaxy, Hercules, Moon Knight, Punisher, Black Panther...

ITEM! Speaking of reprint mags, how 'bout we take a look back at some covers from the heyday of great Marvel mags like Marvel's Greatest Comics, Marvel Super-Heroes, Marvel Tales, Marvel Triple Action, X-Men and the rest? I'm gonna focus on some from the 1971/72 when Marvel had guys like Gil Kane, Jim Starlin, and Sal Buscema cooking up new covers for their classic super-hero comics... 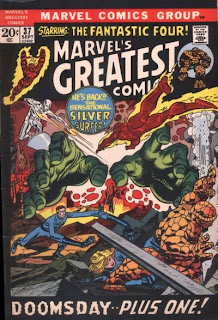 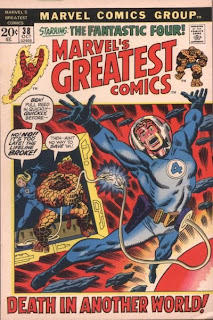 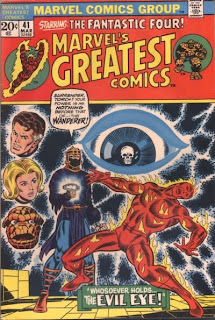 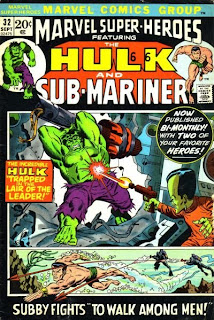 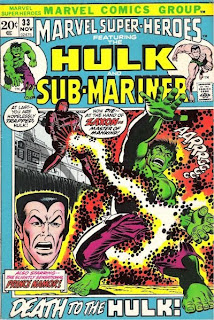 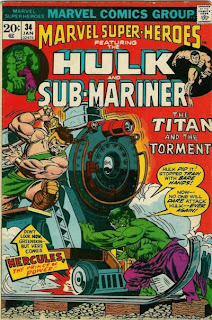 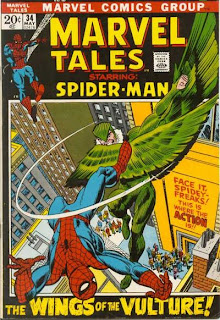 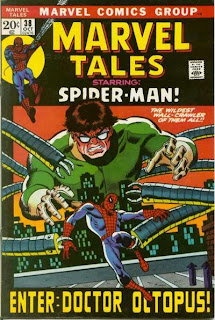 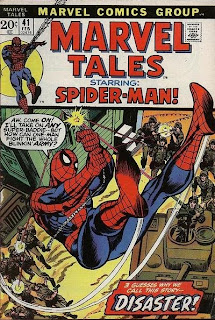 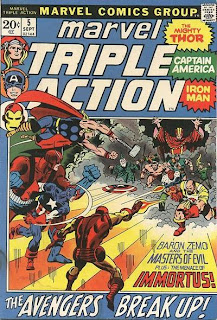 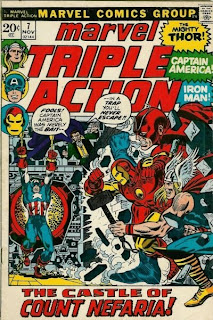 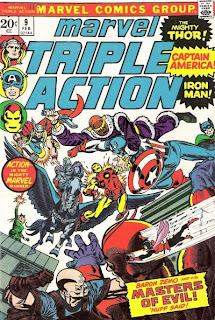 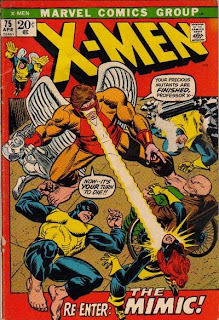 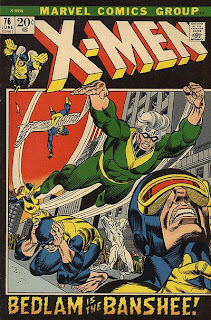 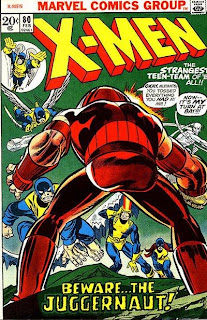