A Groovy Guest-Post by Jonathan "A" Gilbert! Black and White Wednesday: Hell-Rider 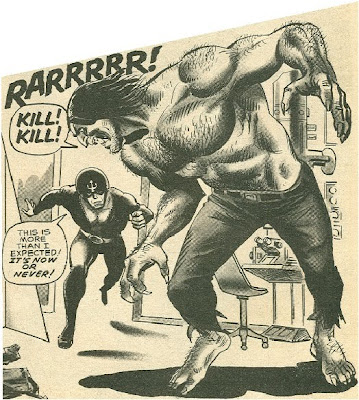 What it is, Groove-ophiles! Today's Groovy Guest-Post has been a long time coming. I've known Jazzy Jon for well over two decades, and we always dig working together. When I started this blog nigh-unto two years ago, and then talked him into writing one of his own--E-Dispatches from the Great White North (as long as I would take care of the actual posting--the man is so far behind the times he has Wite-Out on his computer screen) we promised one another that we'd guest-post on one another's blogs from time to time. Well, I did my turn on his blog back in February. And today, at long last, he's guest-posting on the Diversions! Besides being one of my all-time bestest buds, the Jazzy One is also a fantastic comicbook writer and historian. Don't believe me (WHAT? Thou hast not been following E-D ftGWN? Shame 'pon thee!), just keep a'readin'! 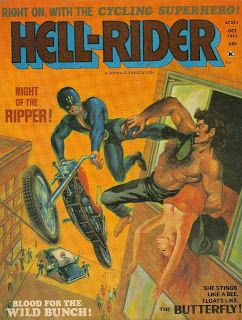 Now as everyone knows The Groovy Agent and I are best of buds. Better than best. But there are differences. I for example am a child of the 60s and he a child of the 70s.
What's the difference? Well I grew up on The Beatles, Woodstock, Hard Days Night, the original run of the Batman TV series, The Green Hornet TV series, Hendrix, The Who, Janice Joplin, The Band, etc.
Now Groovy; he grew up on...let me see....disco, the song Kung Fu Fighting, Joe Simon's The Green Team, more disco, Saturday Night Fever. You get my drift.
But to be fair to the old Groove I did have my second childhood in 1978-80 when punk was king. Still; the differences are there. 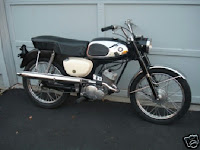 Anyway; as a kid we were all into bikes. Not bicycles but motor bikes. Some of us even got bikes given to us when we were under age. One buddy of mine was given a Suzuki 80 when he was ten and we all used to take it for a spin. It was a gutless wonder looking back at it now but at the time it was one cool ridin' machine.
We were also into movies and TV featuring motor bikes as well as magazines, books and, of course comics.

And the coolest comic that featured motor bikes was "Hell-Rider" from Skywald Publications.
Now before anyone says anything yes; I know, it came out in the early 70s but the 60s hadn't really ended at that point so it qualifies. And disco wasn't around in full force either. Thank Zues for that.

Anyway; if you aren't familiar with Skywald you can find out more by visiting http://en.wikipedia.org/wiki/skywald_publications . Read at your leisure. As for "Hell-Rider" itself; it was a black and white magazine style comic along the lines of what Warren used to publish but far more brutal than anything that ever came out of Warren.
Actually most of the black and white comics mags from Skywald were. As kids we could leave our Warren comics out knowing our moms and dads would not get to upset but the Skywalds; no way. We hid them under the bed and read them by flash light late at night.

"Hell-Rider" lasted for a grand total of only two issues and featured a "Hell-Rider" lead and a backup strip called Butterfly which was also pretty brutal. Lots of violence to say the least but we kids loved them. And despite what the so call experts said and say it didn't warp my mind or the minds of my friends.
Well, not that I know of anyway. Some people might disagree though.

Jonathan "A" Gilbert is a comics writer, editor, t-shirt designer, publisher and writer of the blog www.dispatchesfromthegreatwhitenorth.blogspot.com . 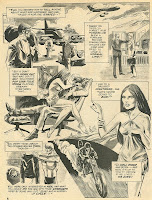 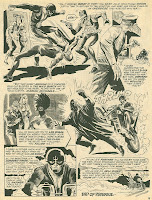 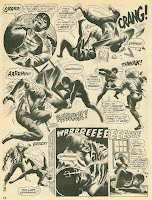 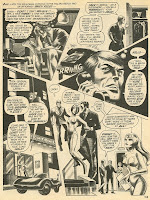 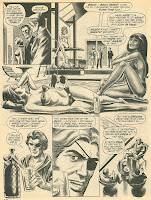 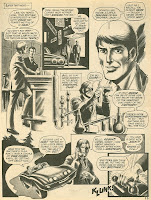 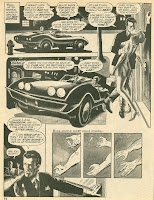 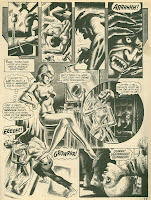 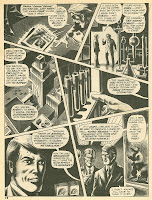 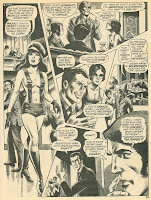 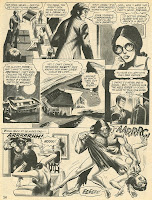 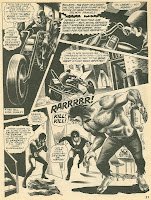 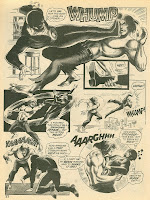 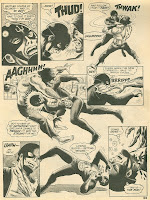 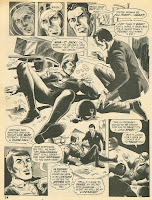 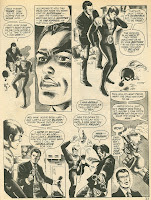 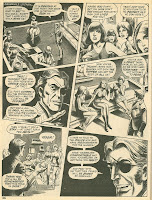 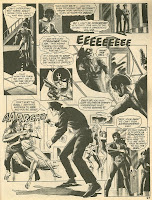 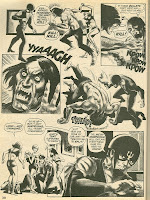 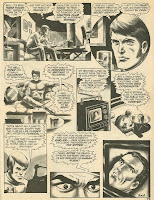 Be sure to tune into DotGK this coming Monday, Groove-ophiles--'cause the Jazzy One'll be back with another Groovy Guest-Post...this one covering Super Green Beret! You'll never forgive yourself it ya miss it!
Posted by The Groovy Agent at 12:02 AM