Bring on the Back-ups: "Armageddon on Avenue 'A'" by Thomas and Andru

Greetings, Groove-ophiles! A few weeks ago, I rapped about Marvel's 10th anniversary and the changes that went with it--most notably their one-month-only price/page hike to 52 pages for 25 cents. Some say the month-only part was all part of the plan, but Ol' Groove has to wonder, 'cause sometimes these little one-shot back-ups pop up during late '71/early '72, like last week's "Heaven Is a Very Small Place!" and today's Ant-Man one-off, "Armageddon on Avenue 'A'", that indicate that Marvel had a (small as it was) need for fillers. If the whole plan was one-month-and-done on the 52 pagers, and all the pages in those November cover-dated mags were all filled (don't remember seeing a blank page in even one of 'em), why do we run across a random back-up here and there in the months that follow? I'm Ol' Groove, not Odin, so I don't know all, but I do know that I dig this Roy Thomas/Ross Andru collaboration, from the funky splash (how many times does a writer pretty much tell the reader to ignore the splash page?) to the lame villain (how many "bring back the Scarlet Beetle" letters did Marvel really get?) to the Eisner-esque loser named Wilbur Grabowski. Well, here it is, the rarer than a hair on Professor X's dome "Armageddon on Avenue 'A'" from Iron Man #44 (October 1971). Dig it! 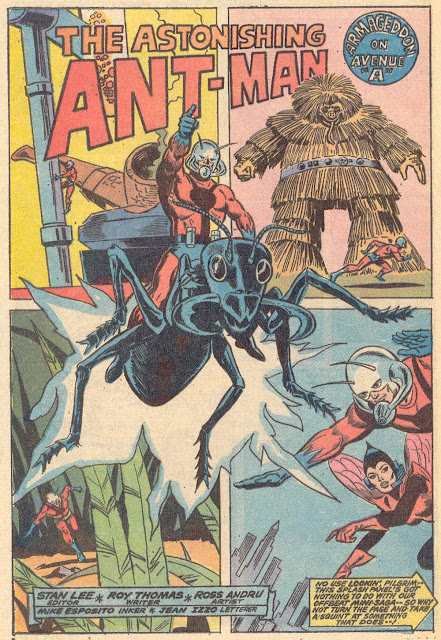 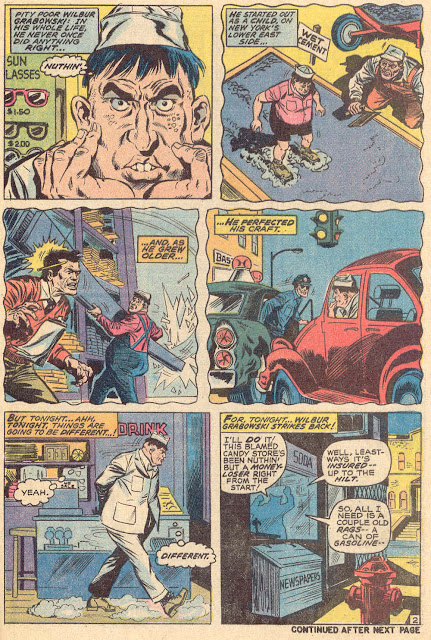 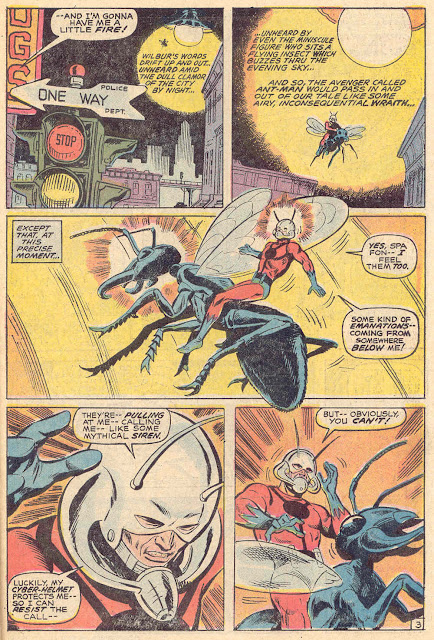 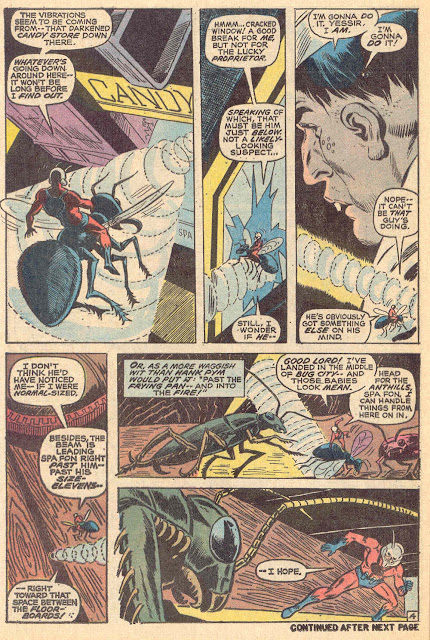 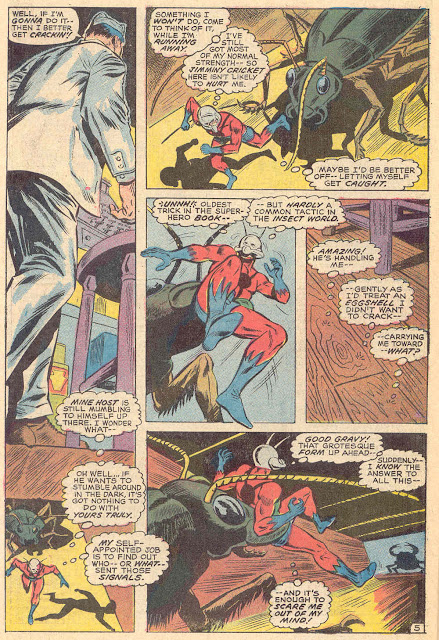 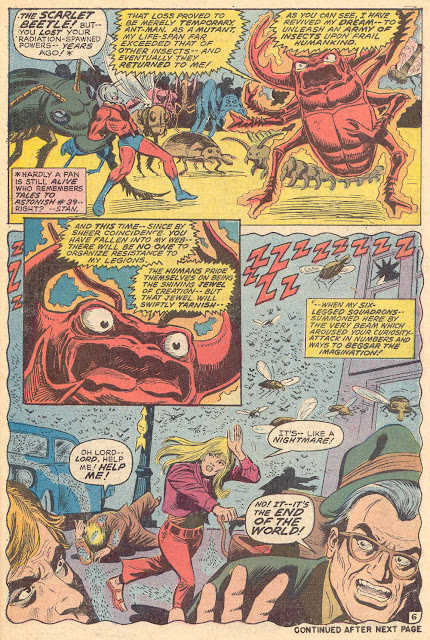 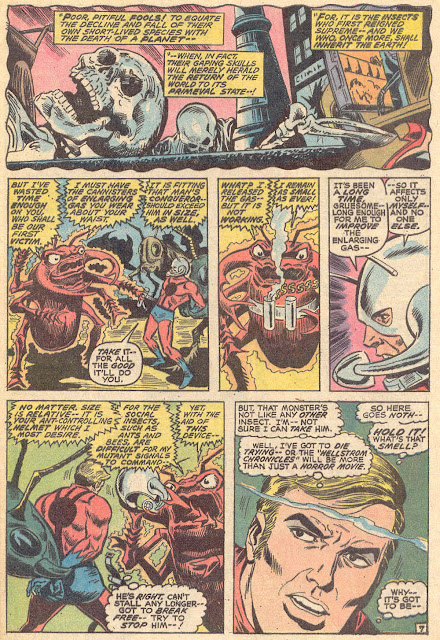 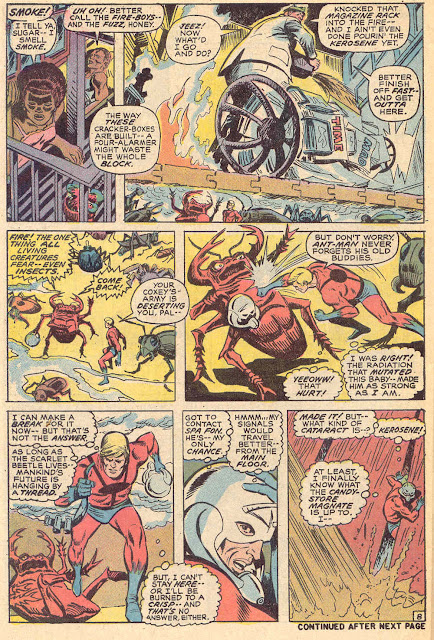 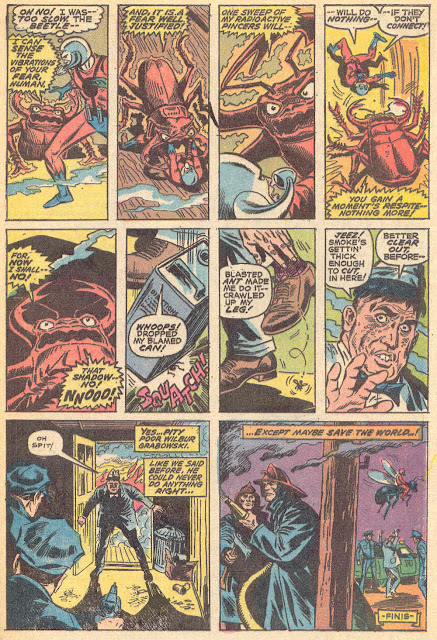