Dig it, Groove-ophiles! Another new department: Thursday Terrors! This brand new but already moldy and mysterious department is kicking off with The Living Mummy in "Power Times Four!" from Supernatural Thrillers #8 (May 1974)! With this issue, writer Tony (the Tiger) Isabella was manning the typewriter, and did he ever come up with a doozy of a tale! Not only is it filled with action, intrigue, and moment after moment of macabre mysticism, but buried within it is the origin of a future Marvel villain--who would exist in the past! Can you catch the clues without reading Ol' Groove's end-notes, baby? Oh, and take your time--Val Mayerik's art is stunning, amazing, far-out, and kozmik! His pencils and inks were killer here, weren't they? 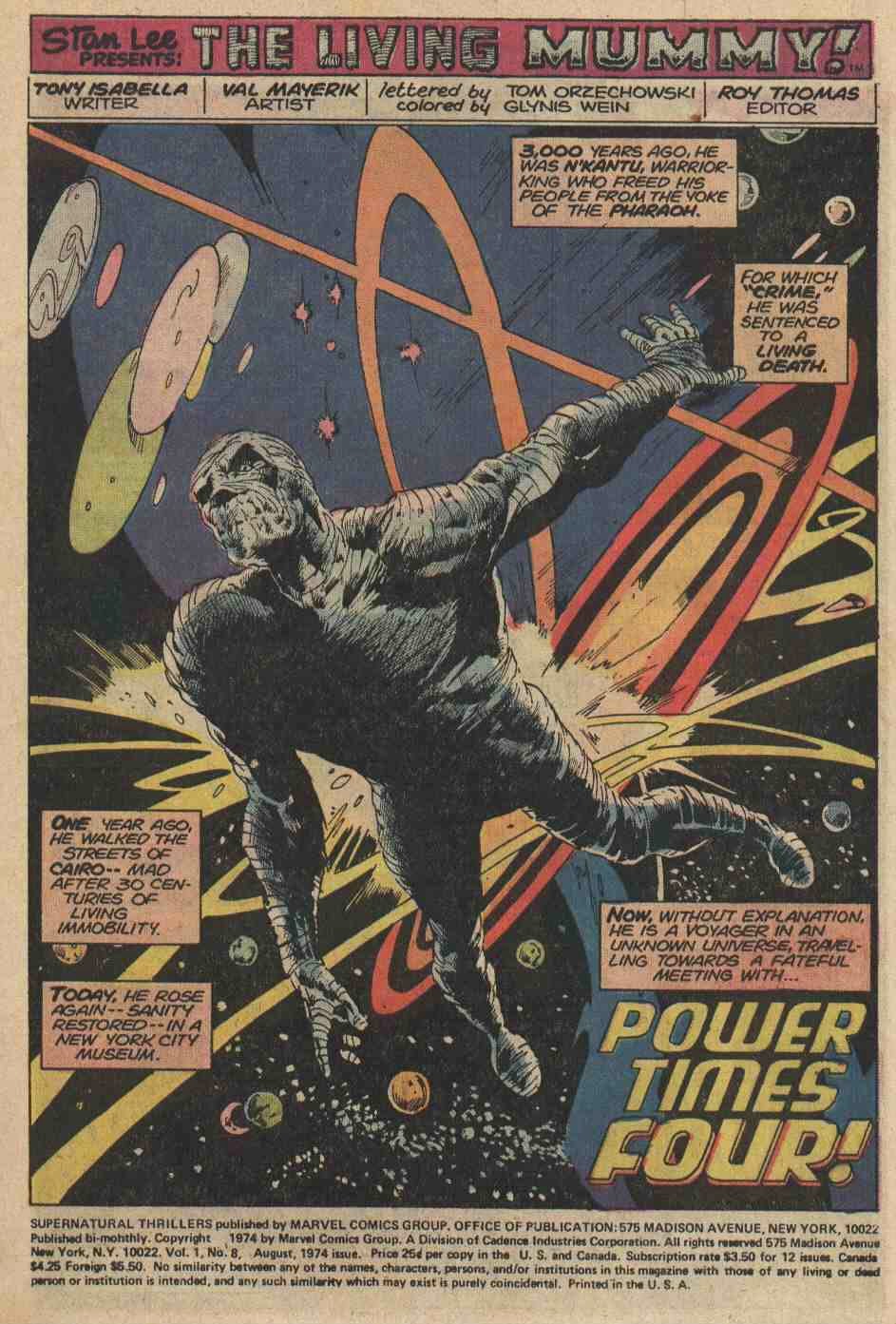 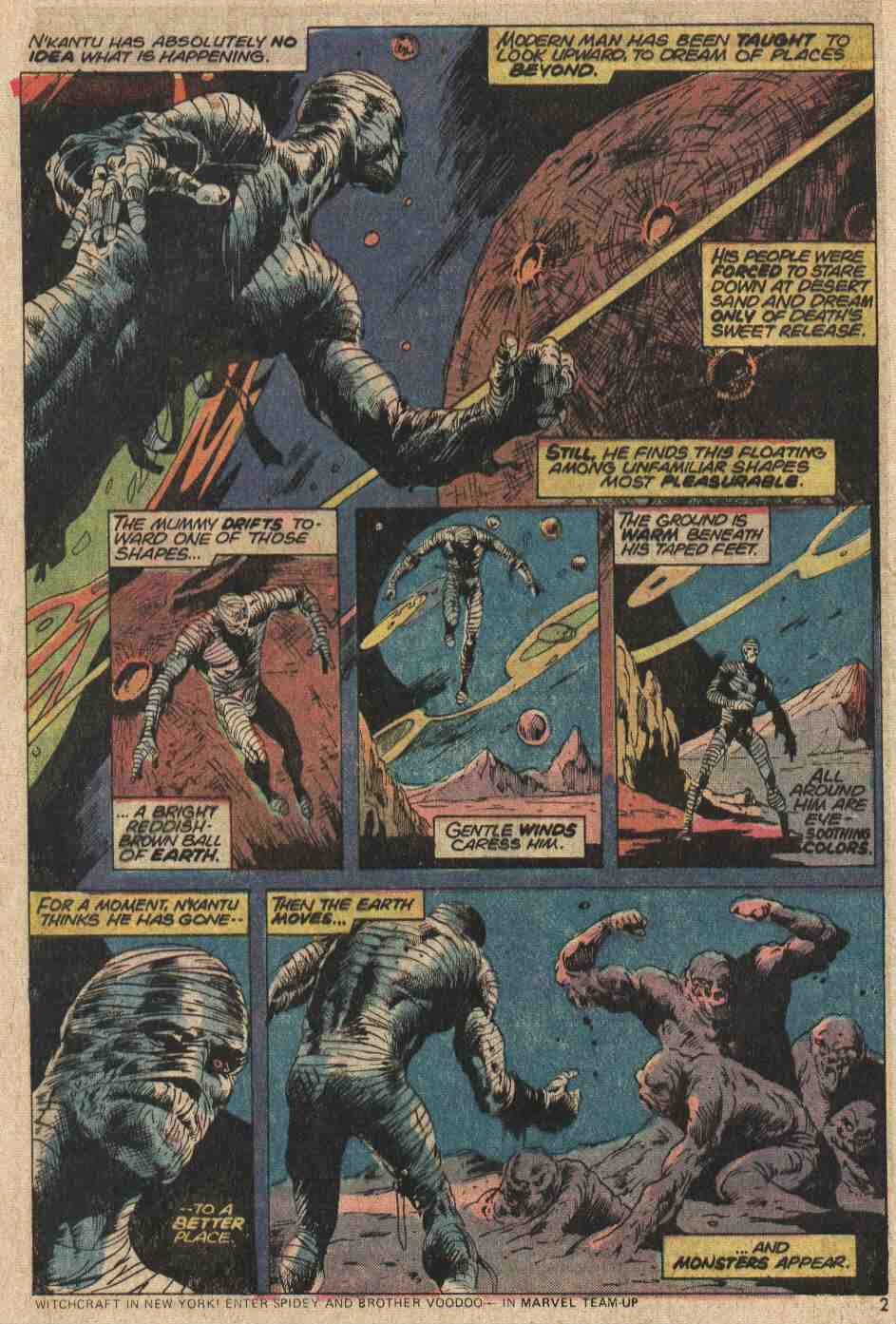 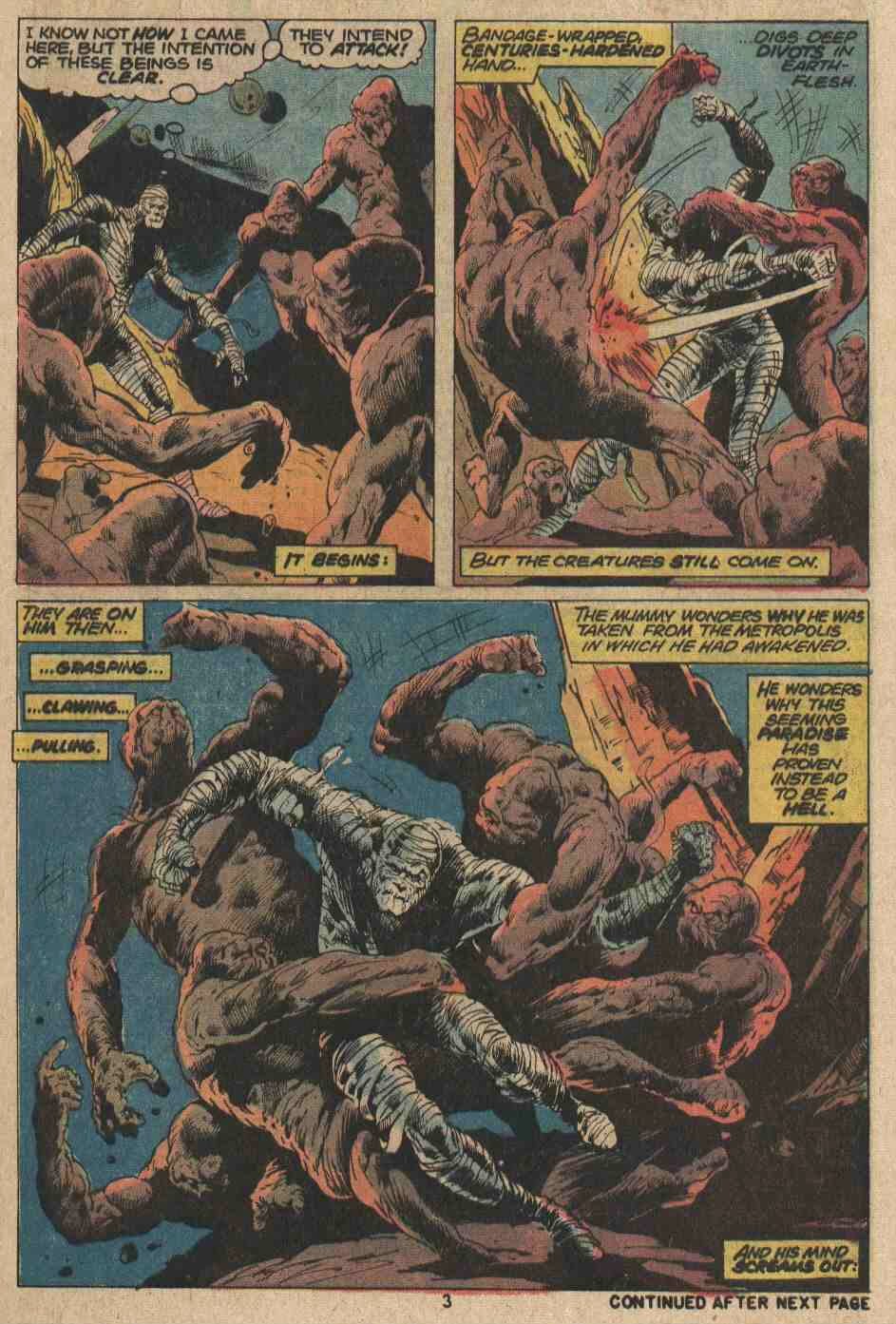 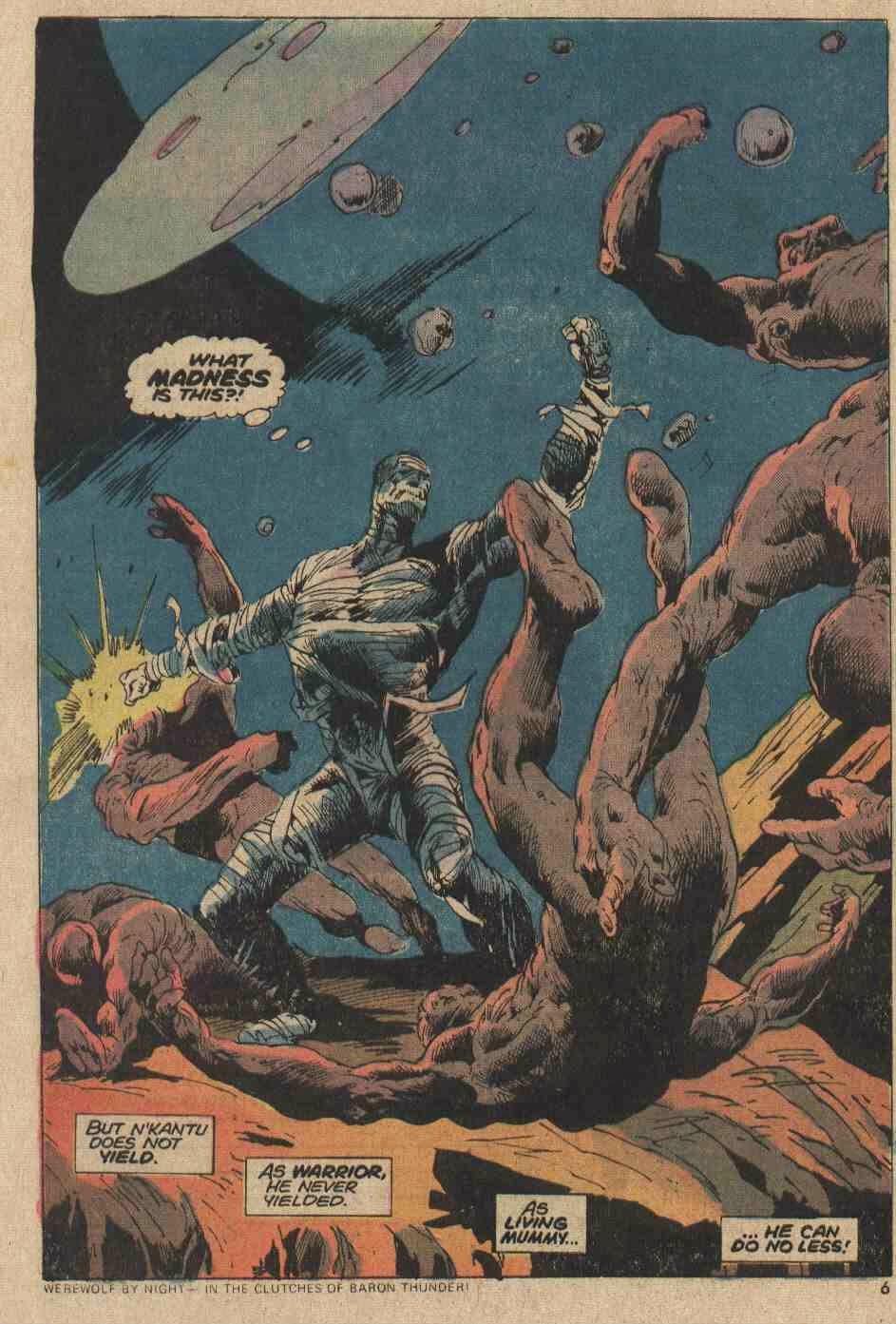 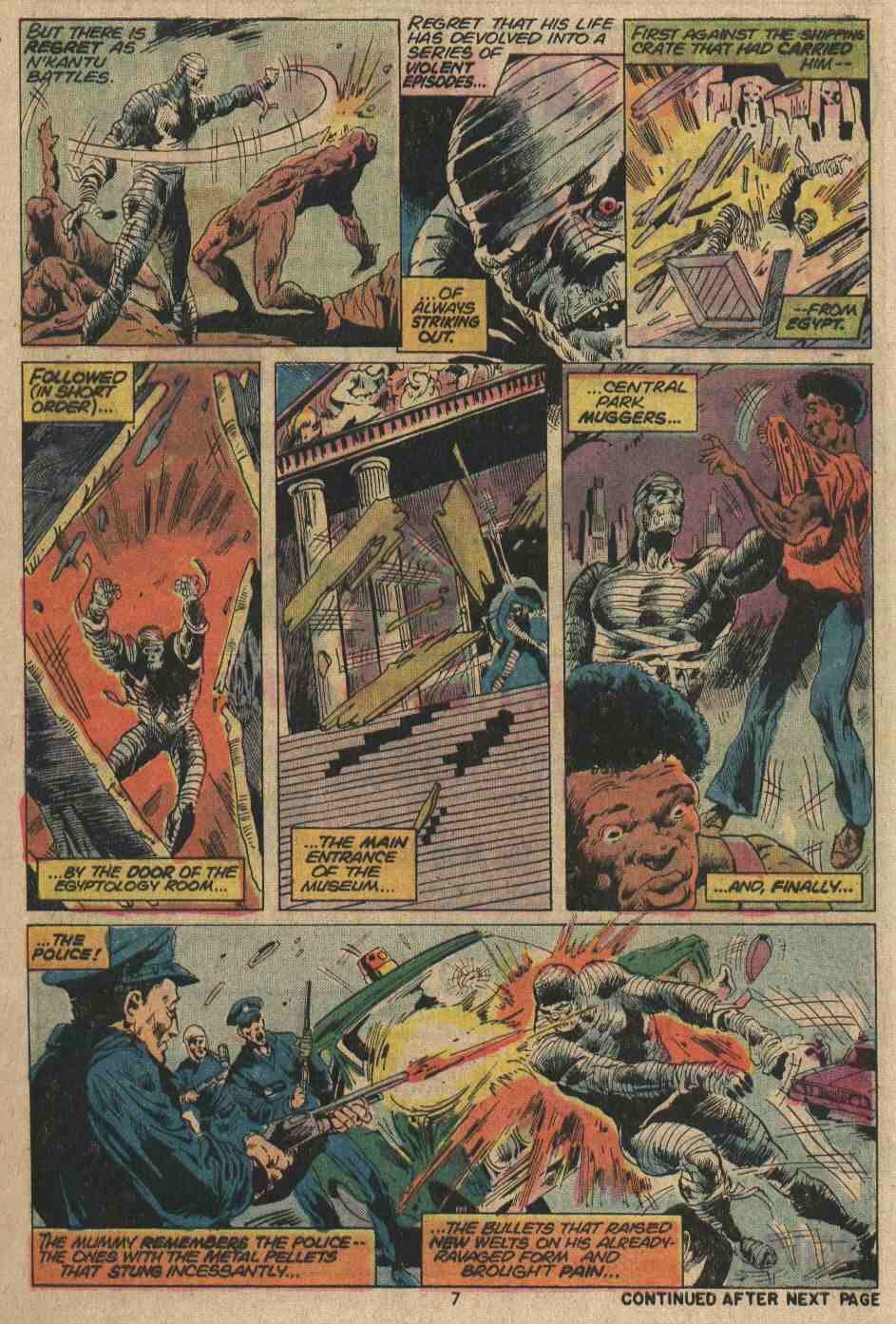 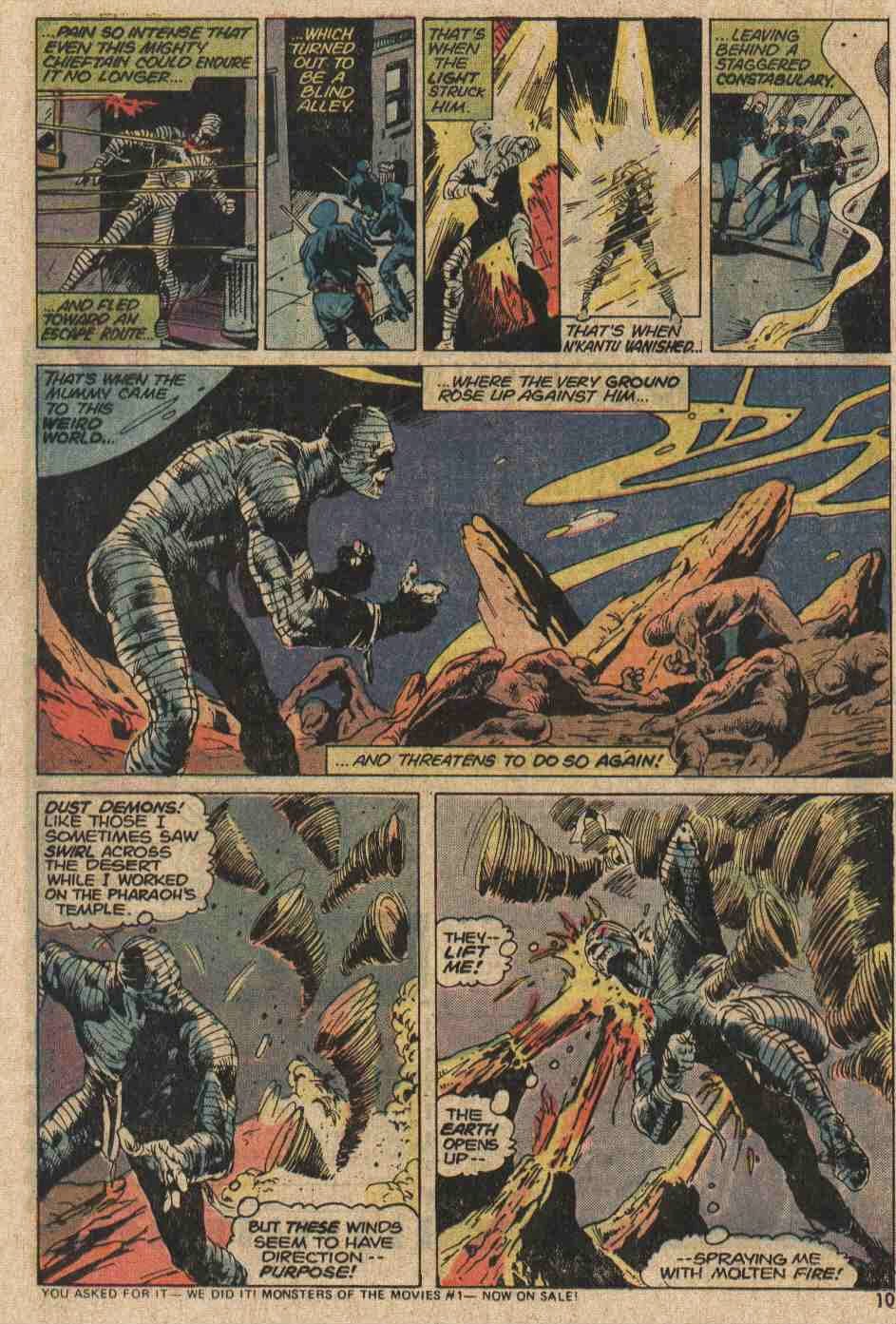 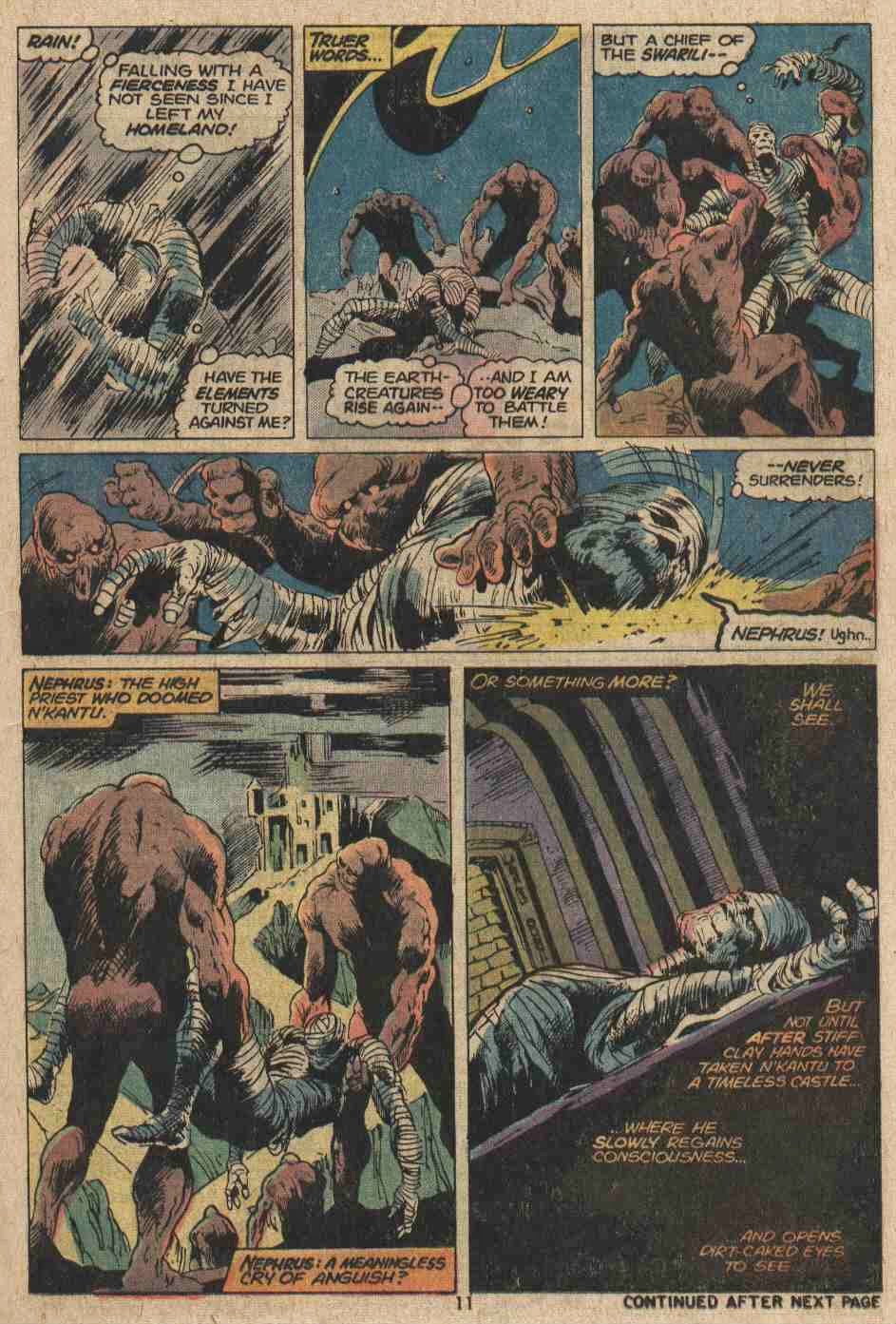 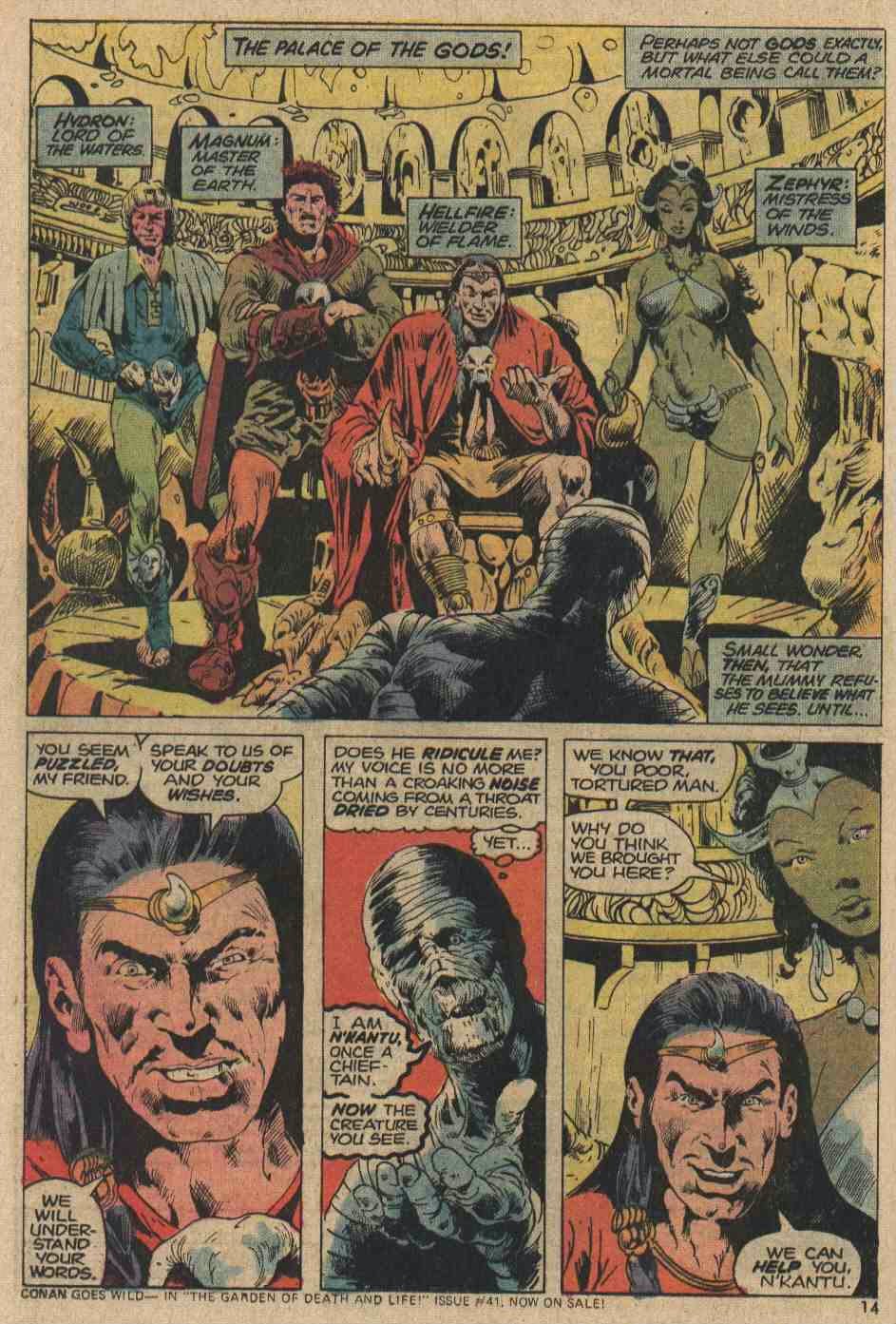 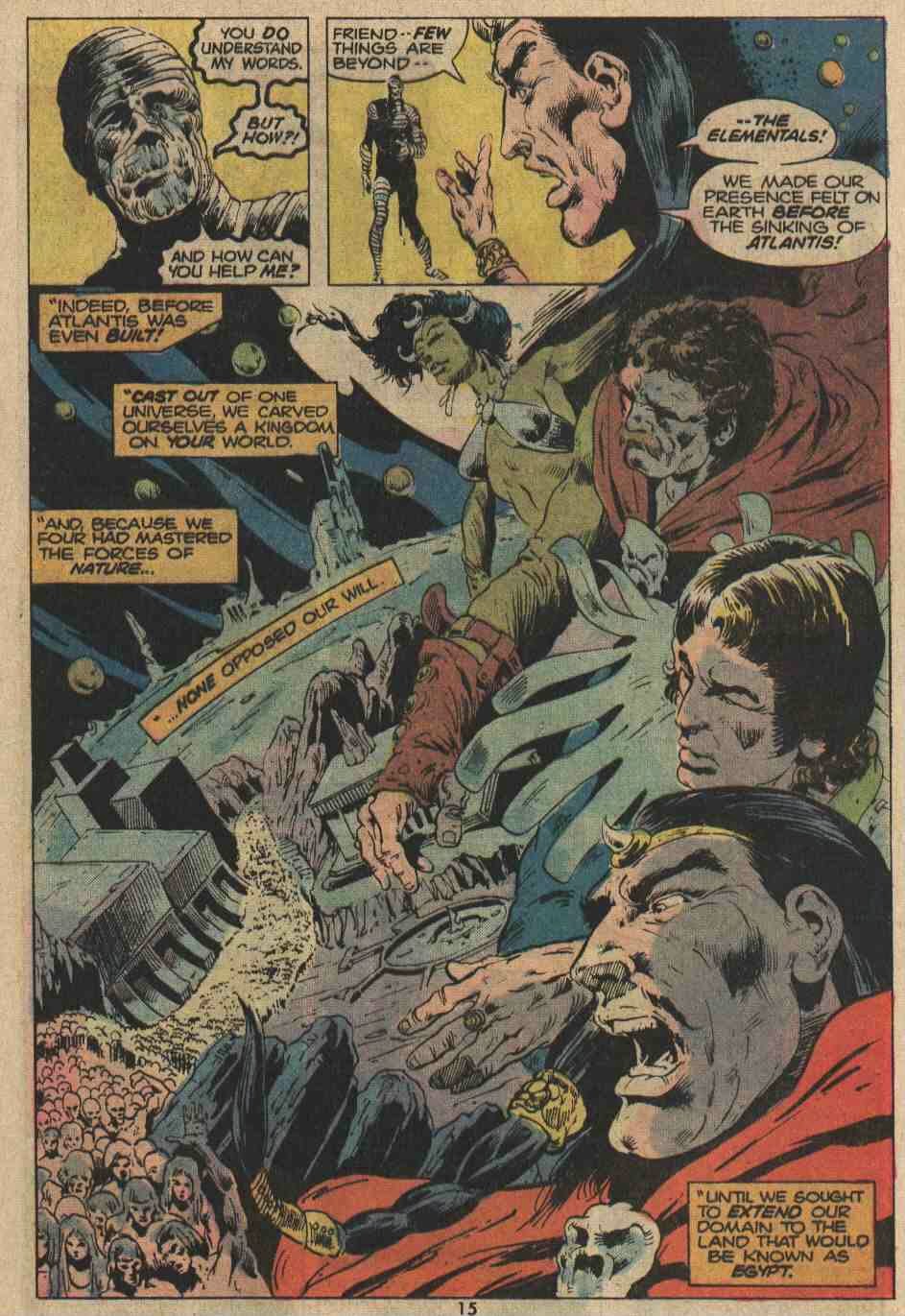 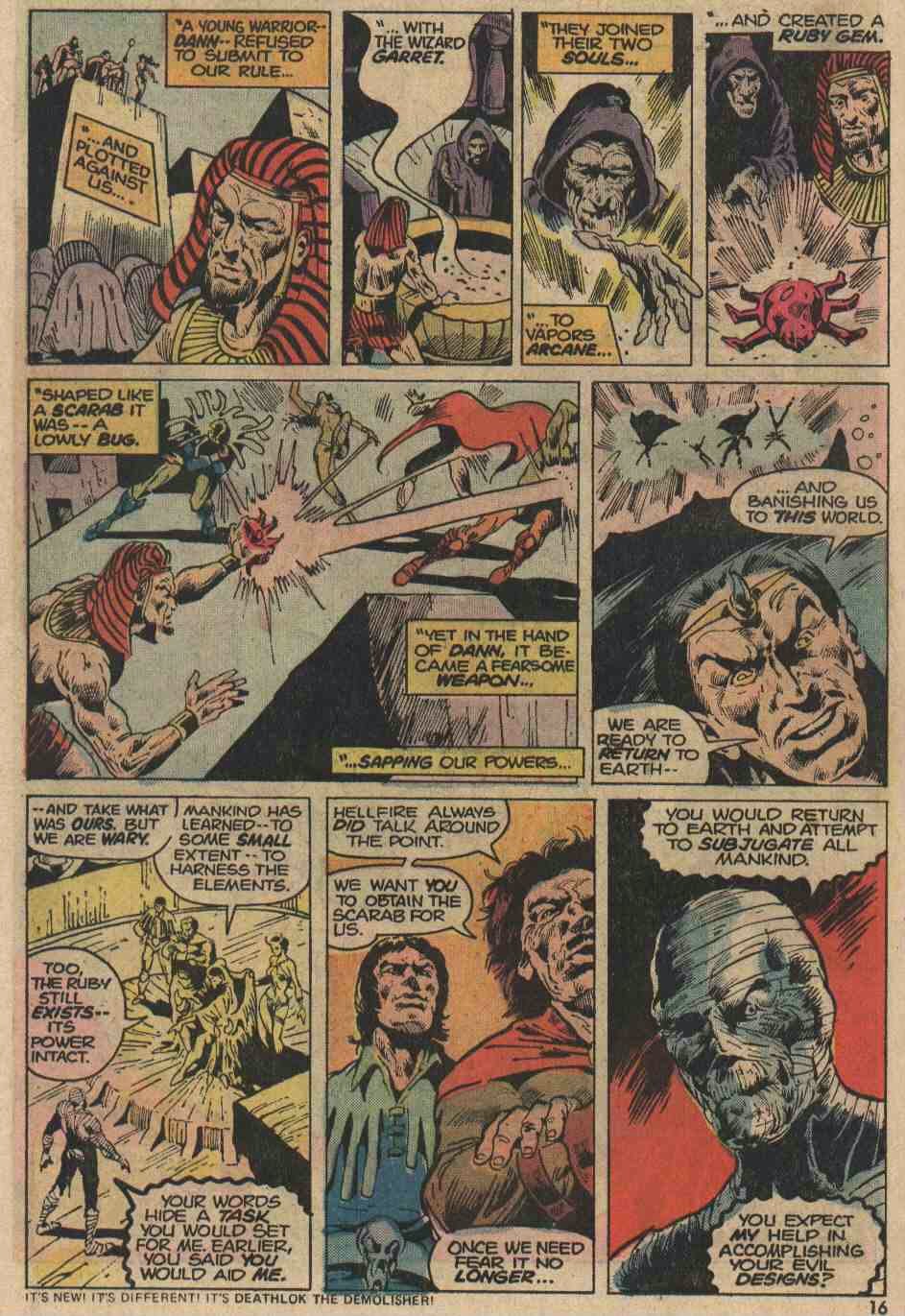 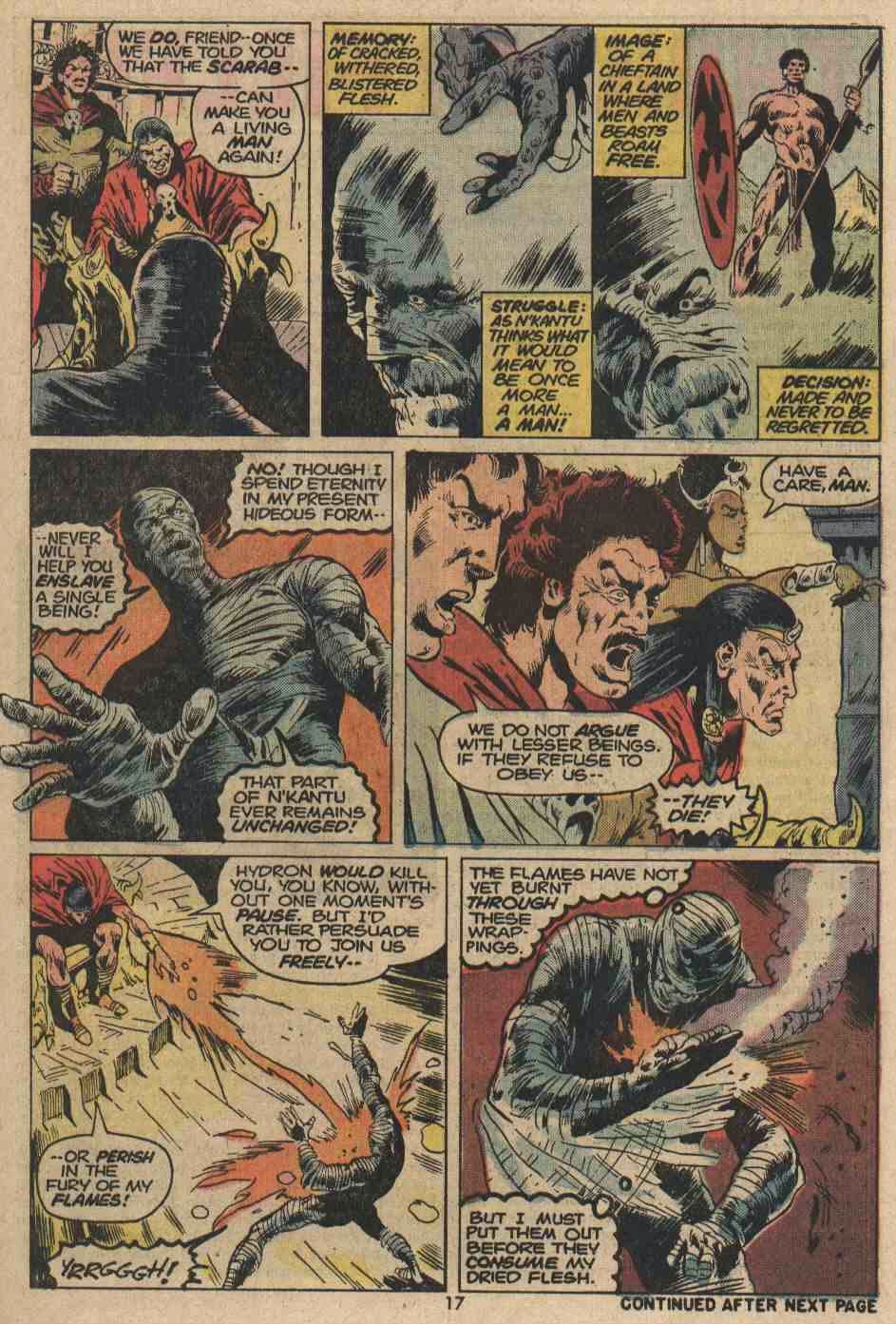 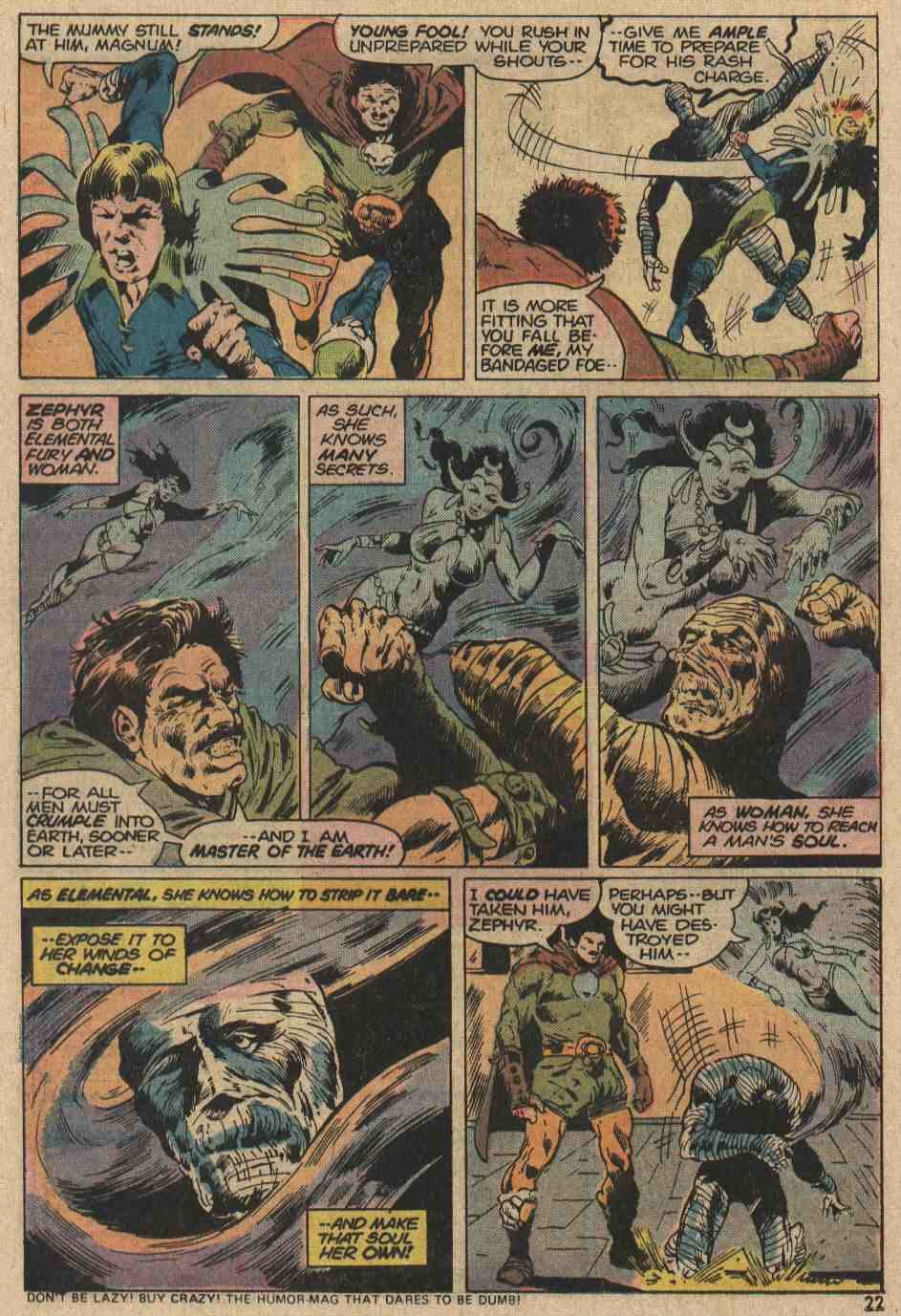 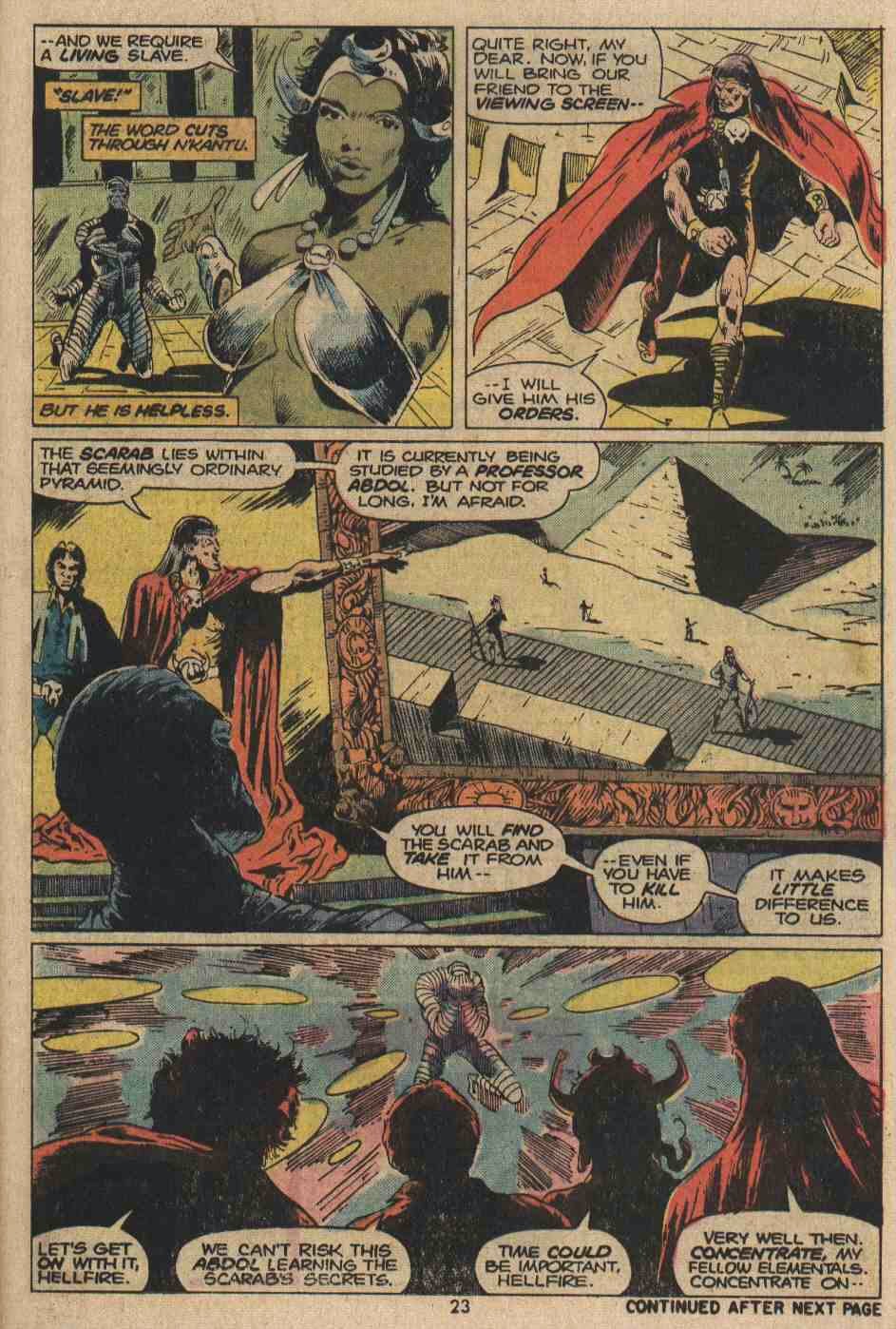 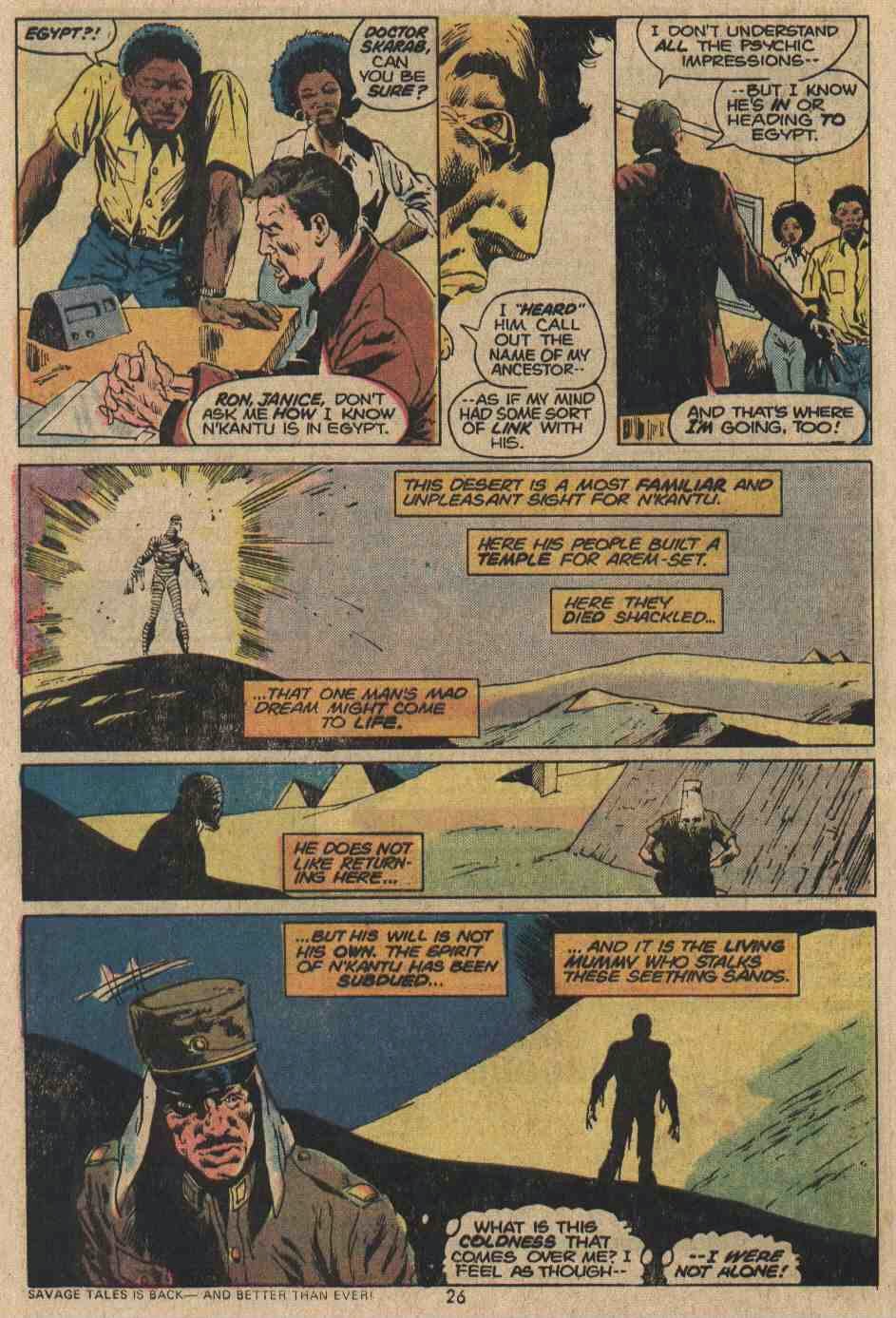 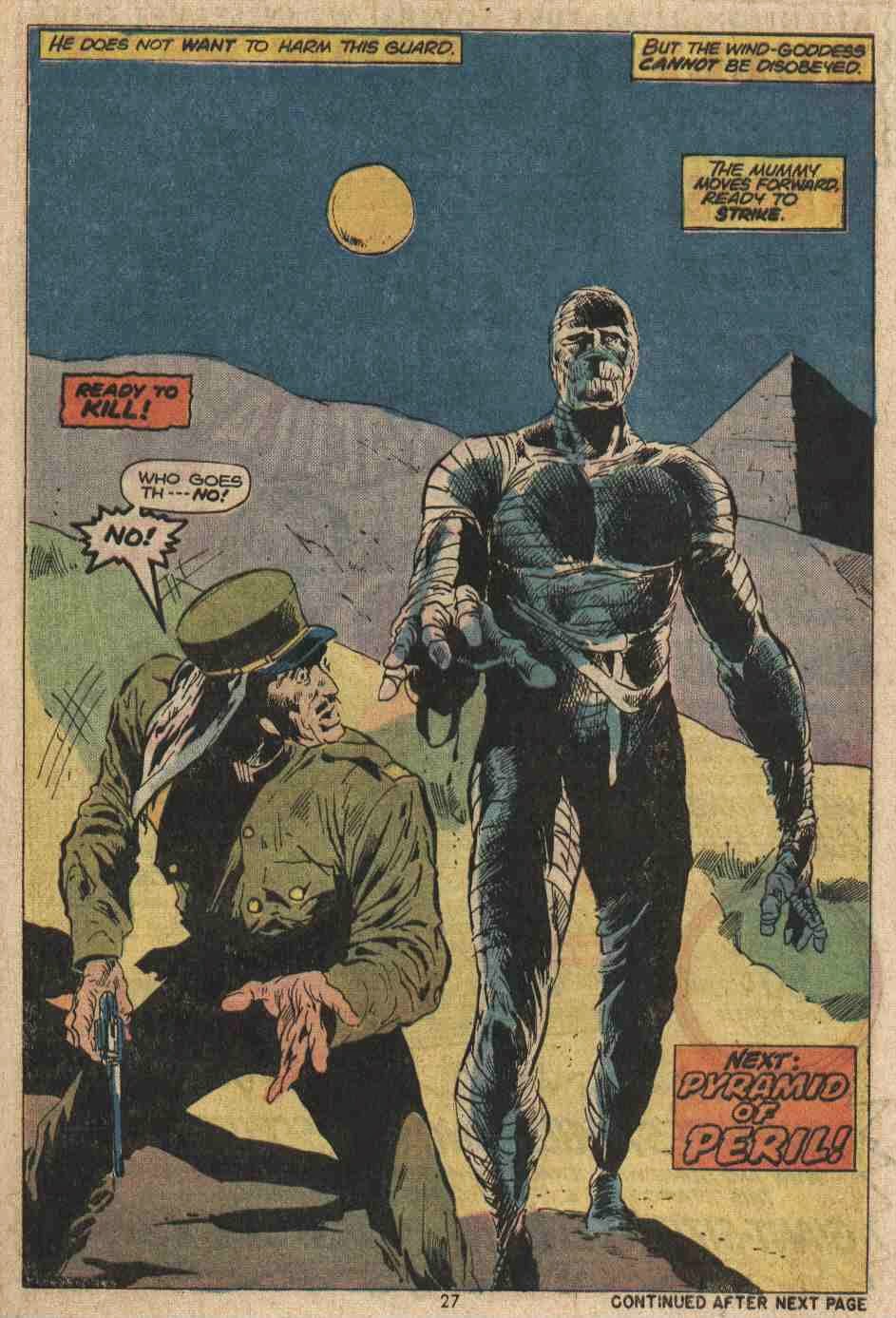 Didja catch the homage to the Golden Age Blue Beetle, Dan Garrett? A few years later, September, 1976, to be exact, writer/editor Rascally Roy Thomas would snatch up the origin of the scarlet scarab as the focal point of the origin of the villainous Scarlet Scarab in Invaders # 23! Did he and Tony plan that character/connection out way back in early 1974? Or is that just another example of the Rascally One's mutant ret-conning abilities? You out there, Tony? Can you give us the real skinny on The Scarlet Scarab's Living Mummy connection? (If there really is one?) 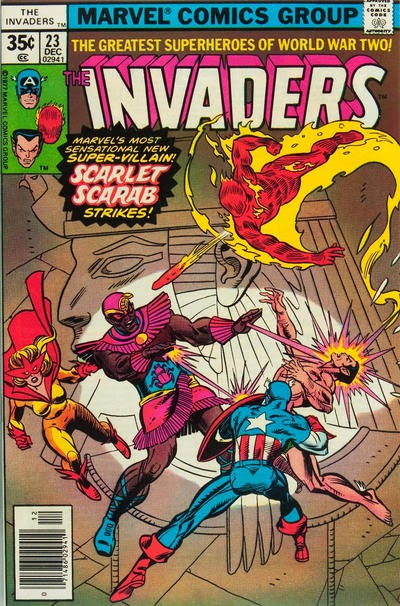