Thursday Team-up: "Suffer Not a Warlock to Live!" by Gruenwald, Bingham, and Day

Greetings, Groove-ophiles! Today's the big wrap-up of Mark Gruenwald, Jerry Bingham, and Gene Day's "Her" saga from Marvel Two-In-One issues 61-63 featuring The Thing, Starhawk, and Moondragon! Man, did Ol' Groove both love and hate this issue when it came out! My heart nearly jumped outta my chest when I saw Adam Warlock's hand popping up out of that grave on that amazing George Perez/Terry Austin cover! I was thrilled at the cosmically inspired art by Bingham and Day, and oh, how I loved how Gruenwald filled in the continuity gaps concerning Sphinxor, changes in the Soul Gem, Counter-Earth, Warlock's temporary cosmic giantism, and what the High Evolutionary had been up to while Adam was out doing all the dirty work. That's the love part. We'll explore the hate part after you read "Suffer Not a Warlock to Live!" from Marvel Two-In-One #63 (February 1980). Don't wanna spoil the story... 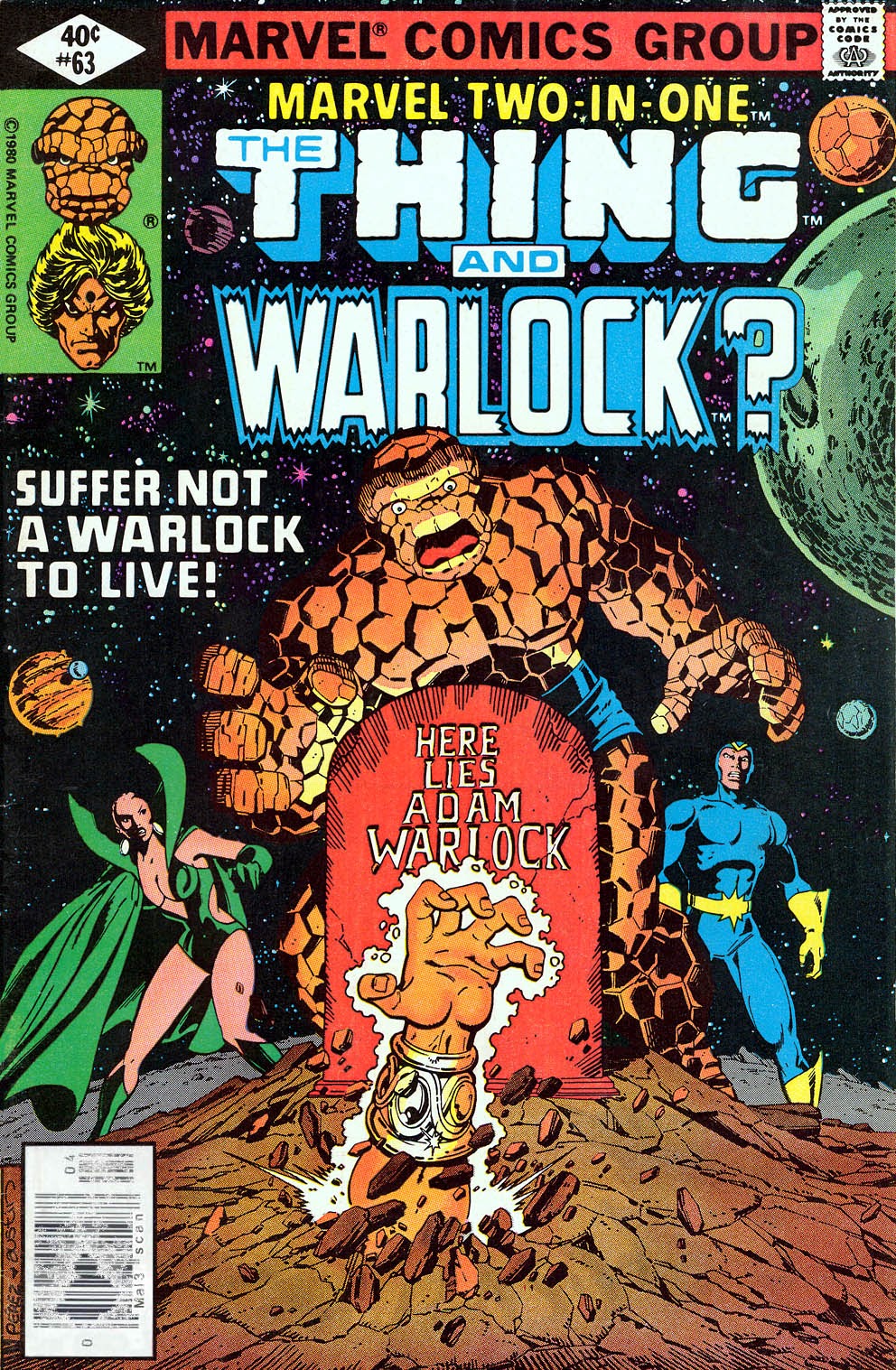 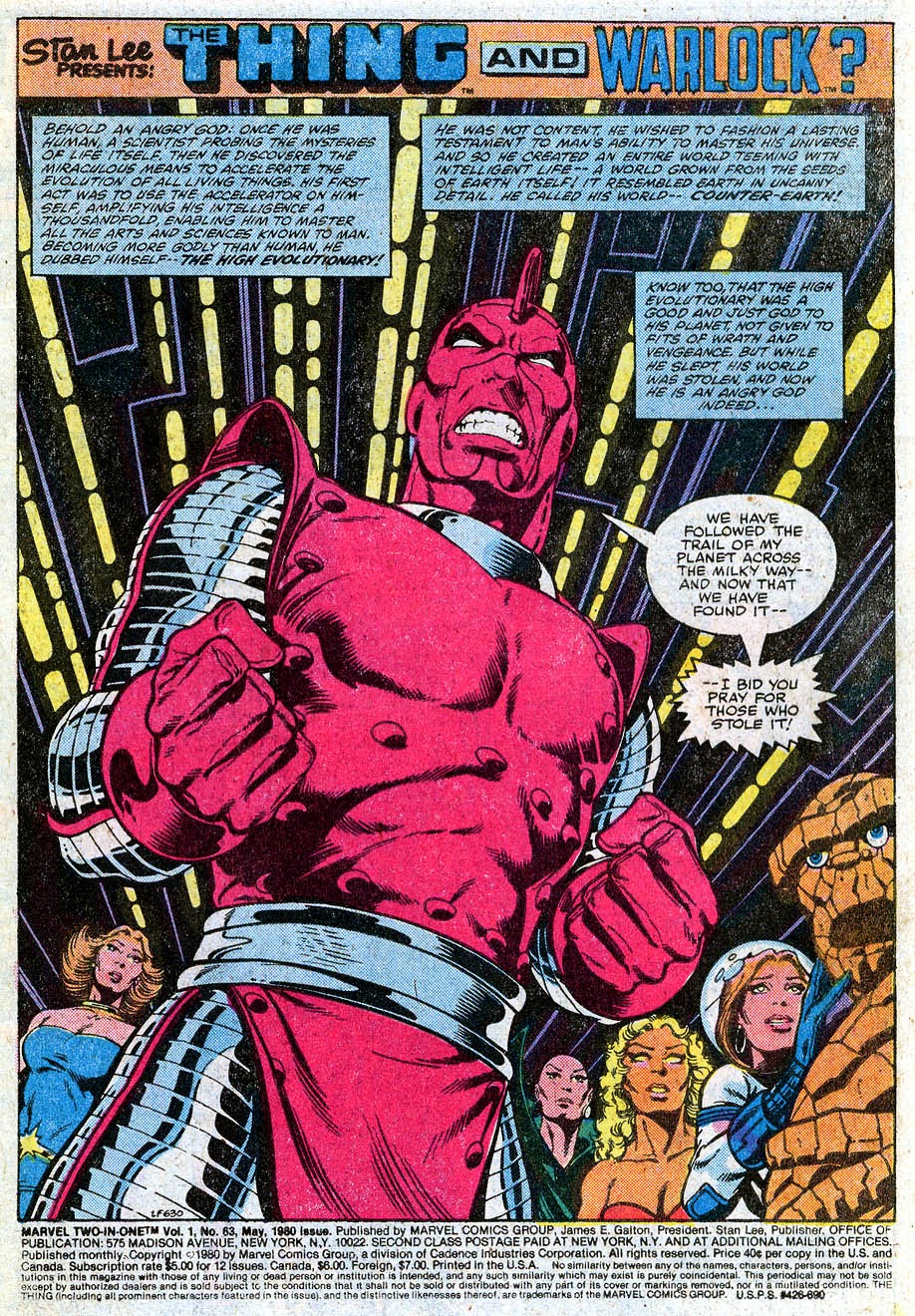 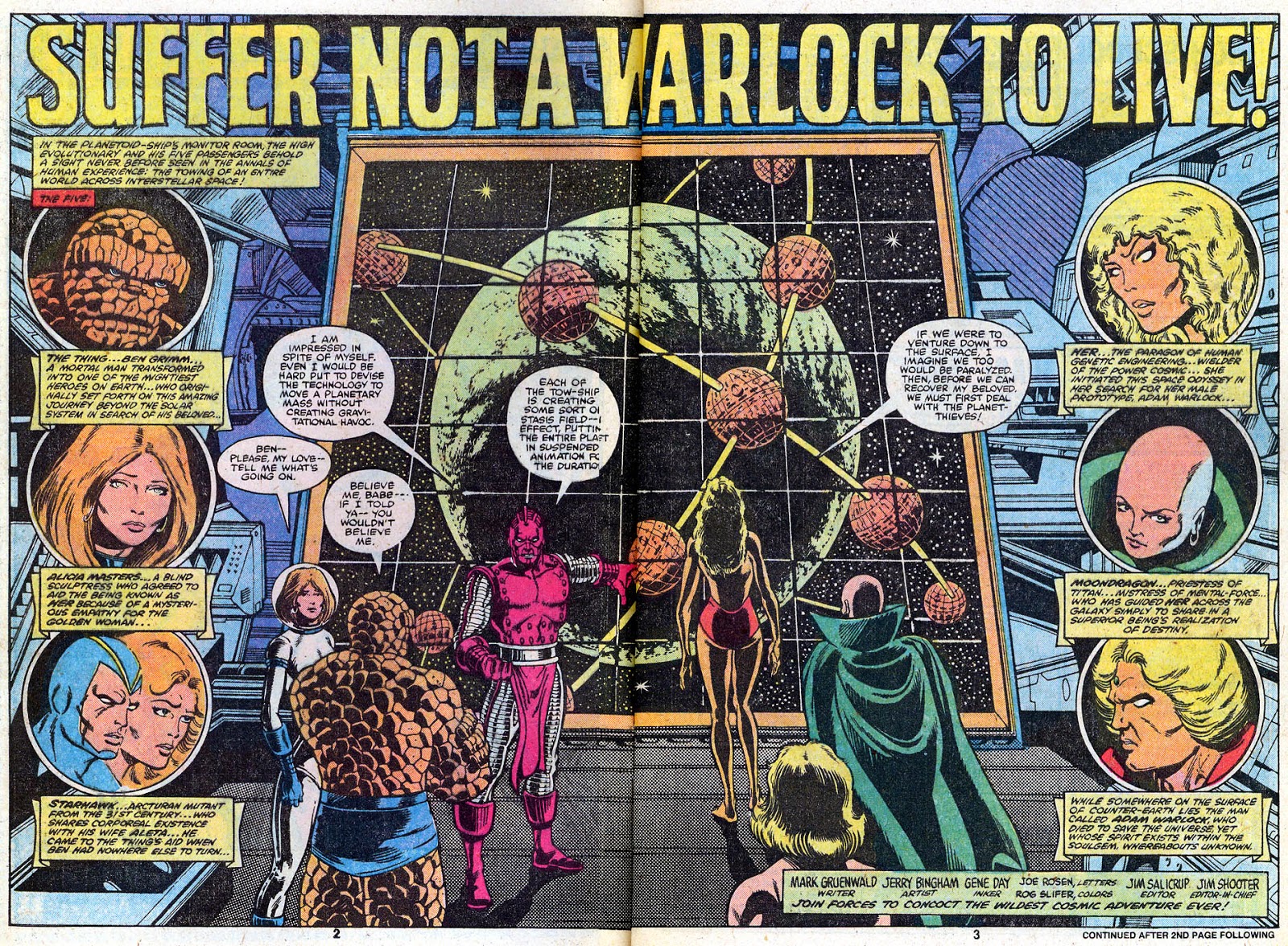 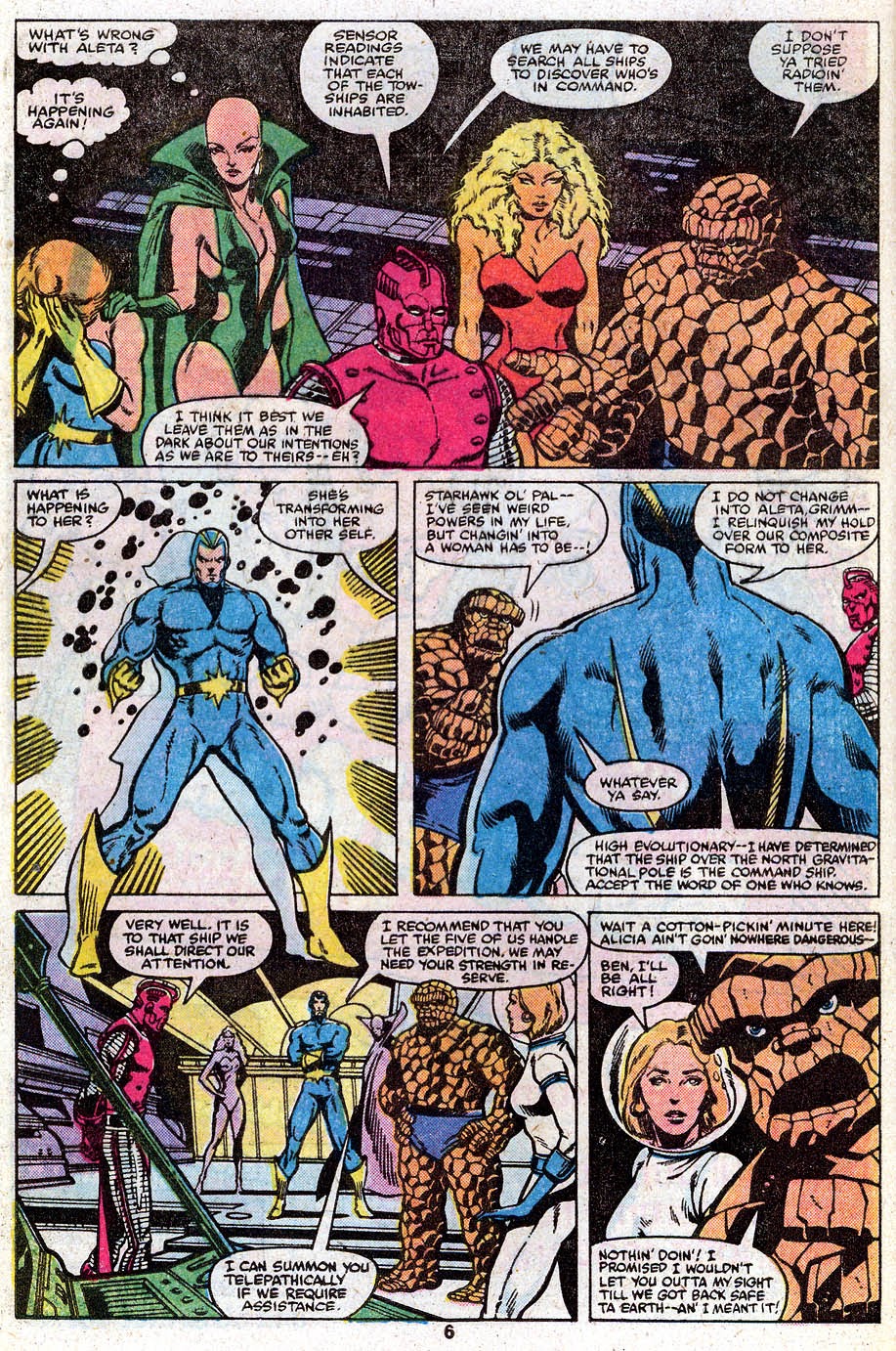 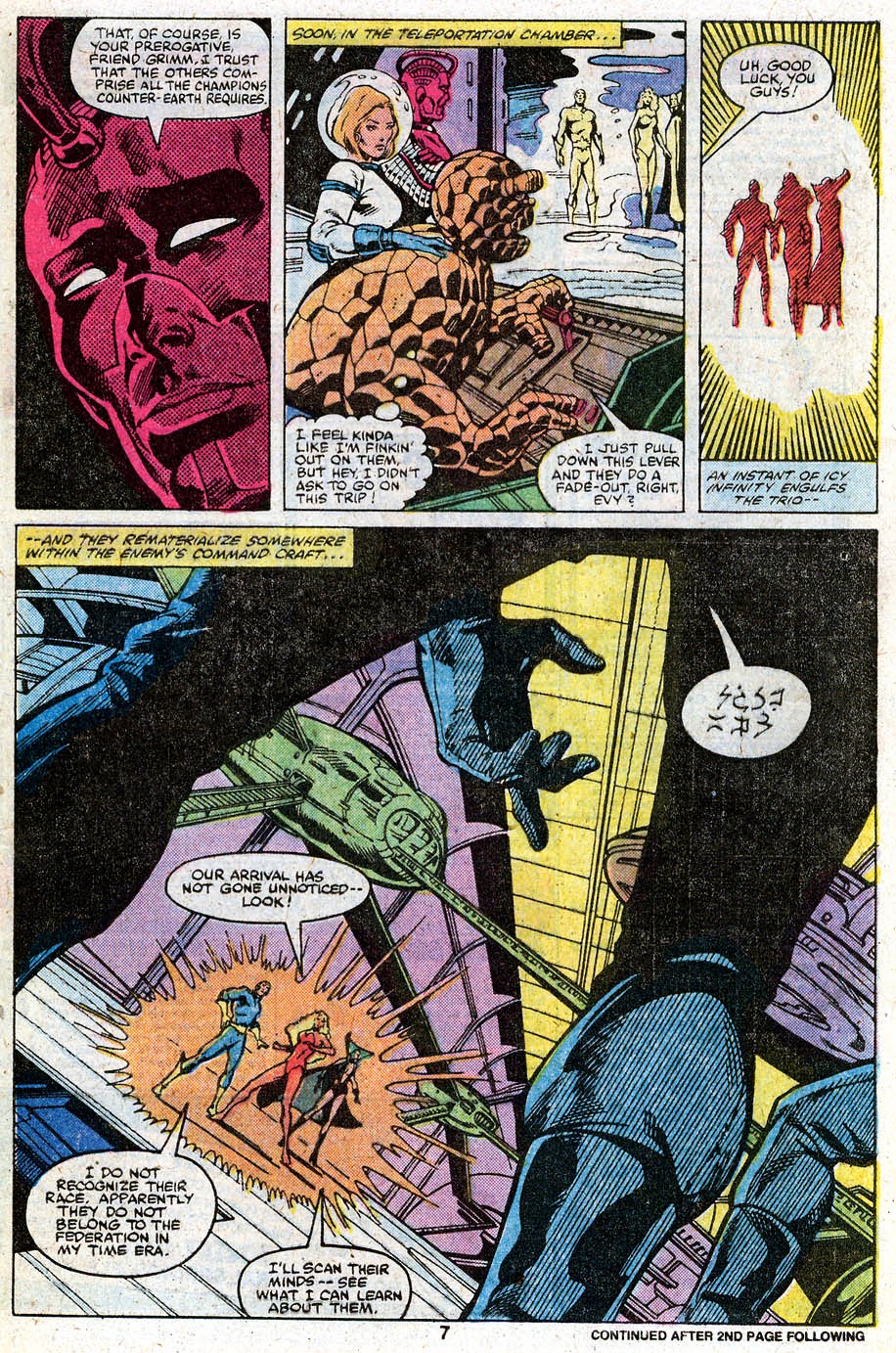 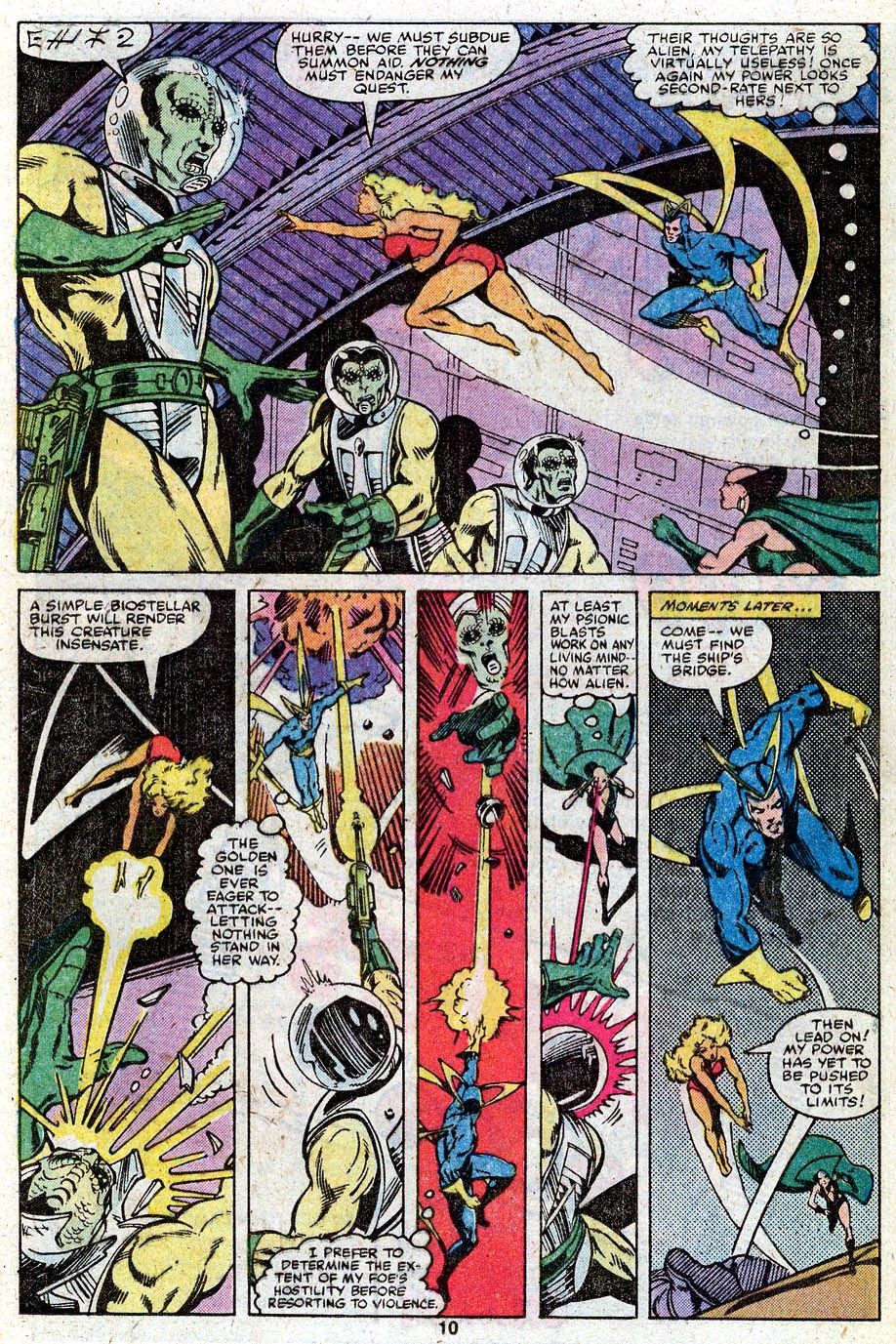 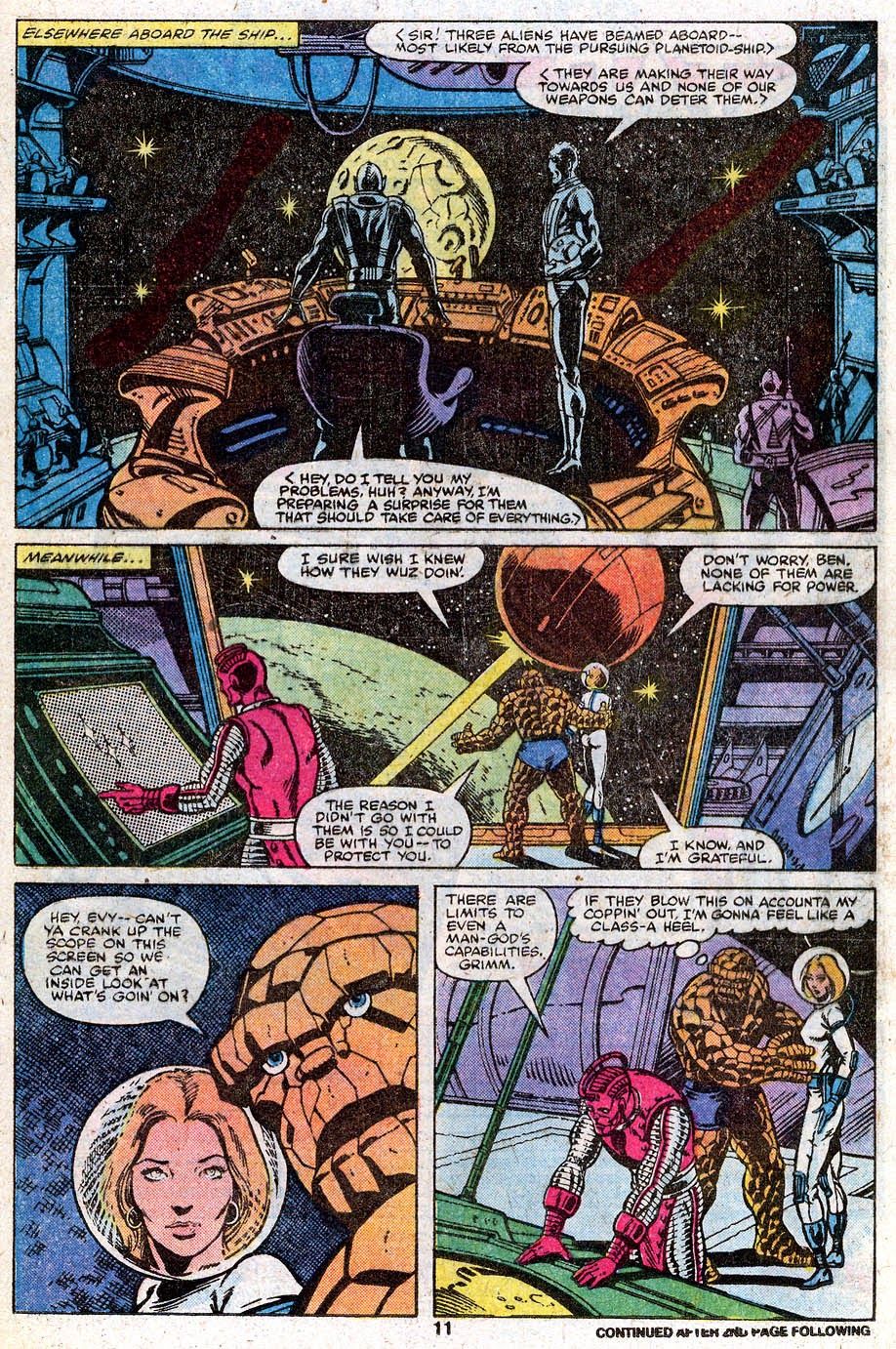 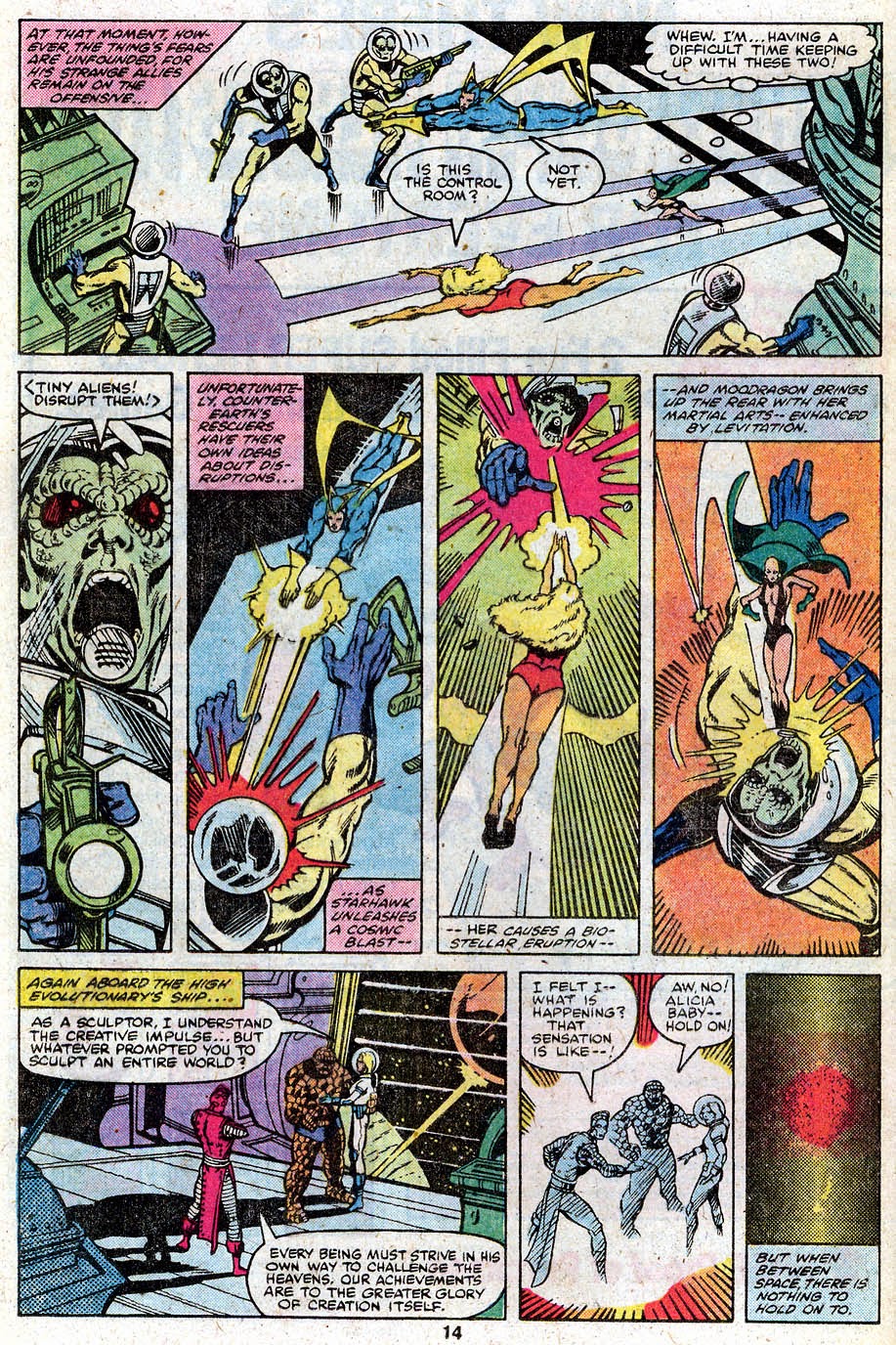 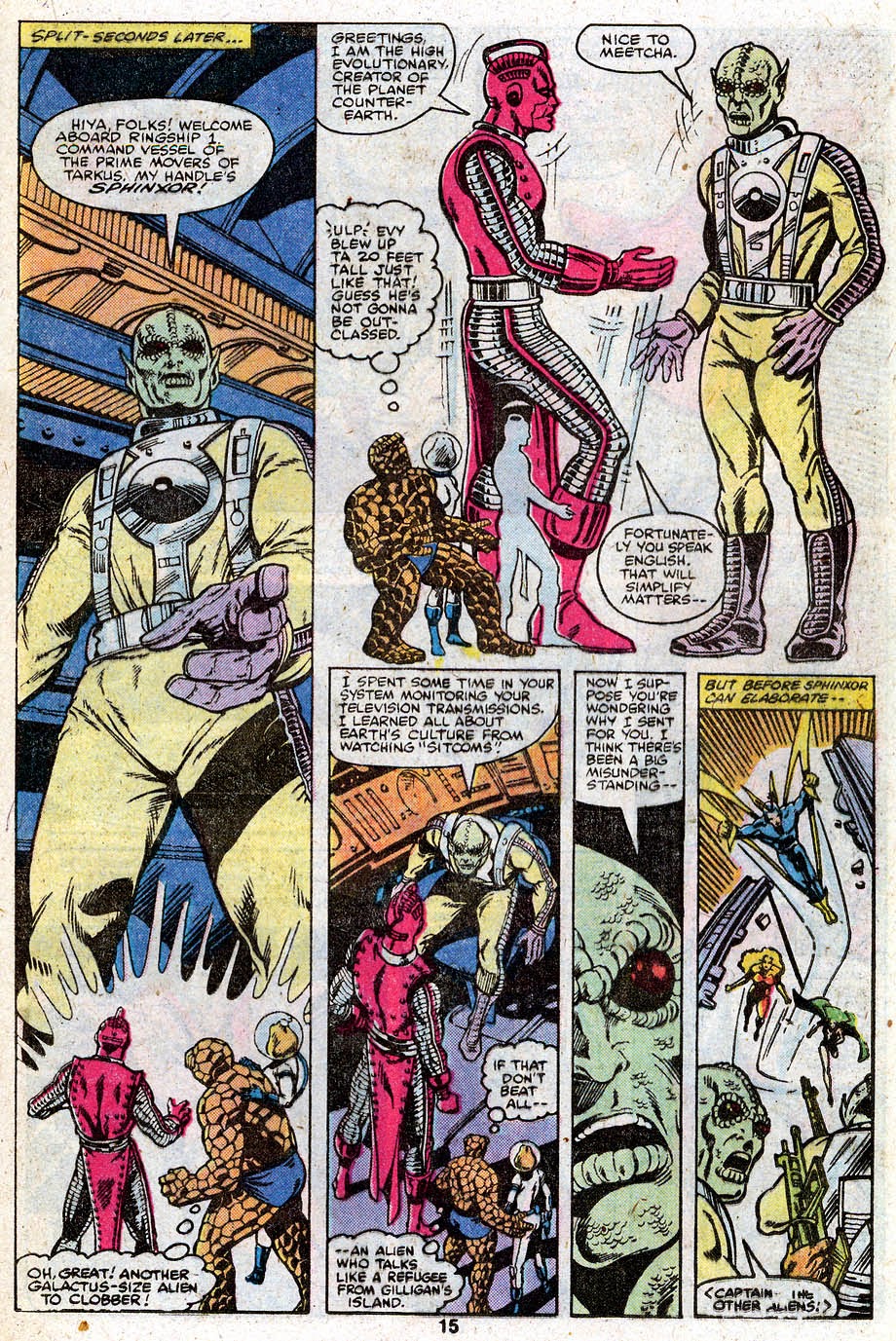 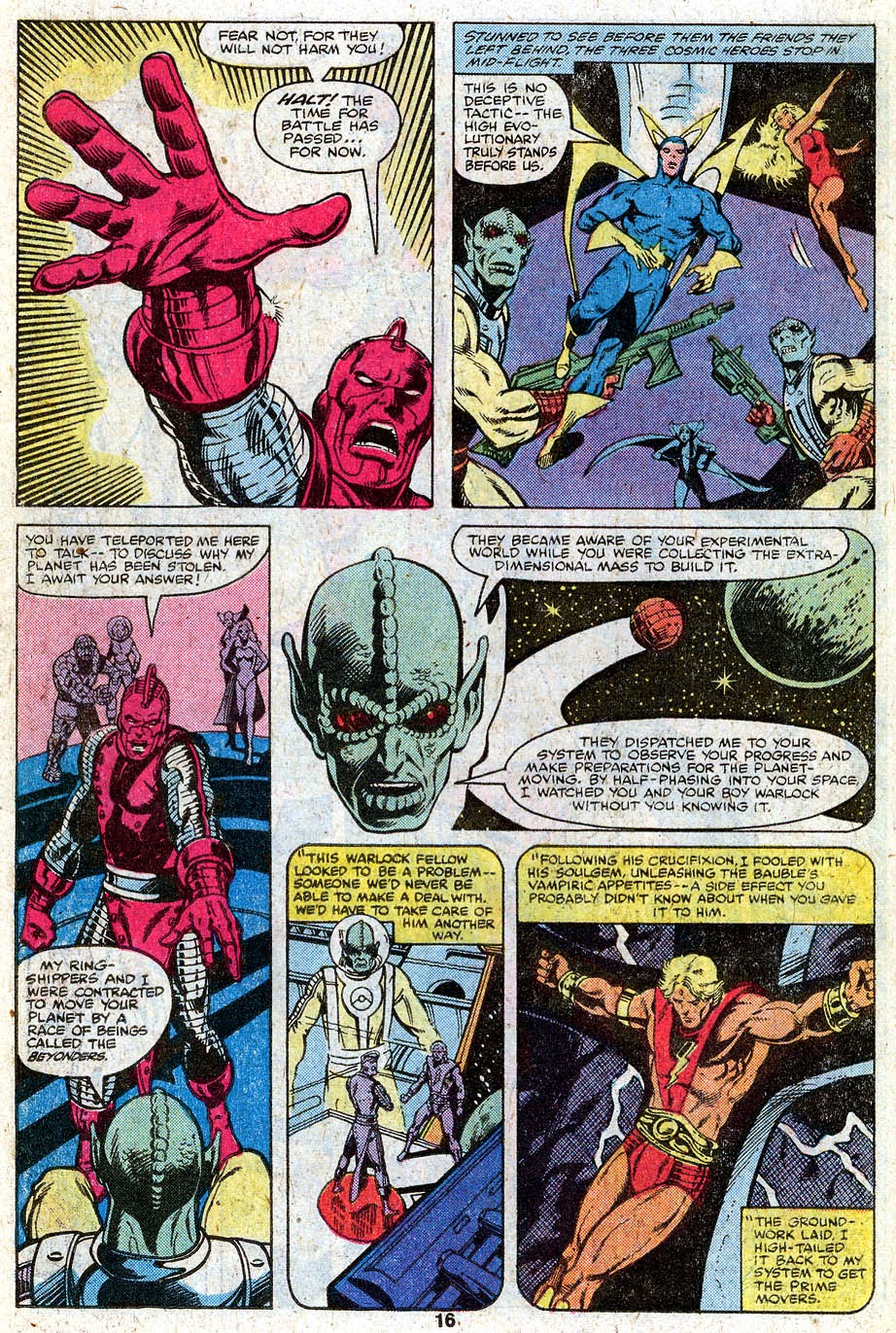 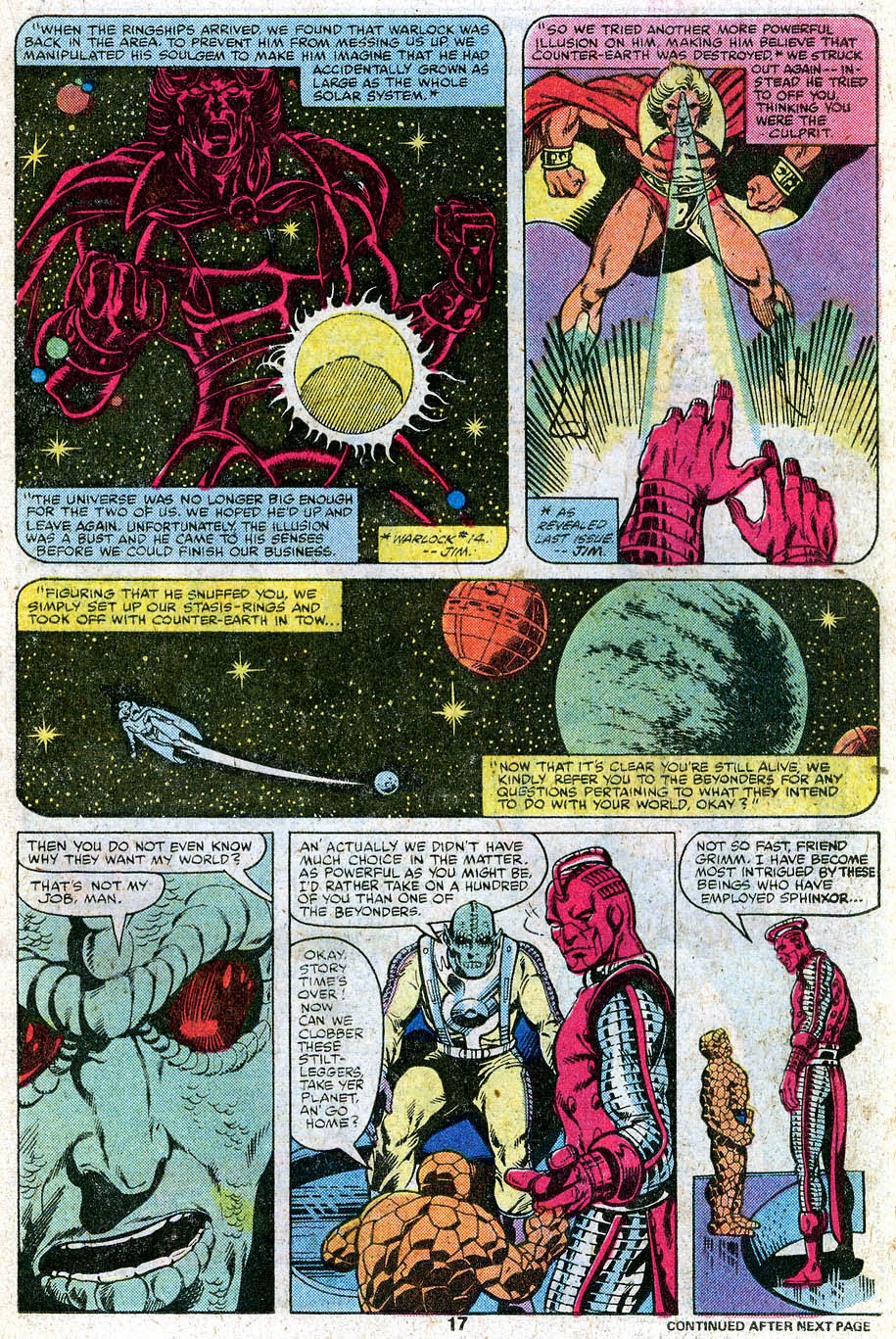 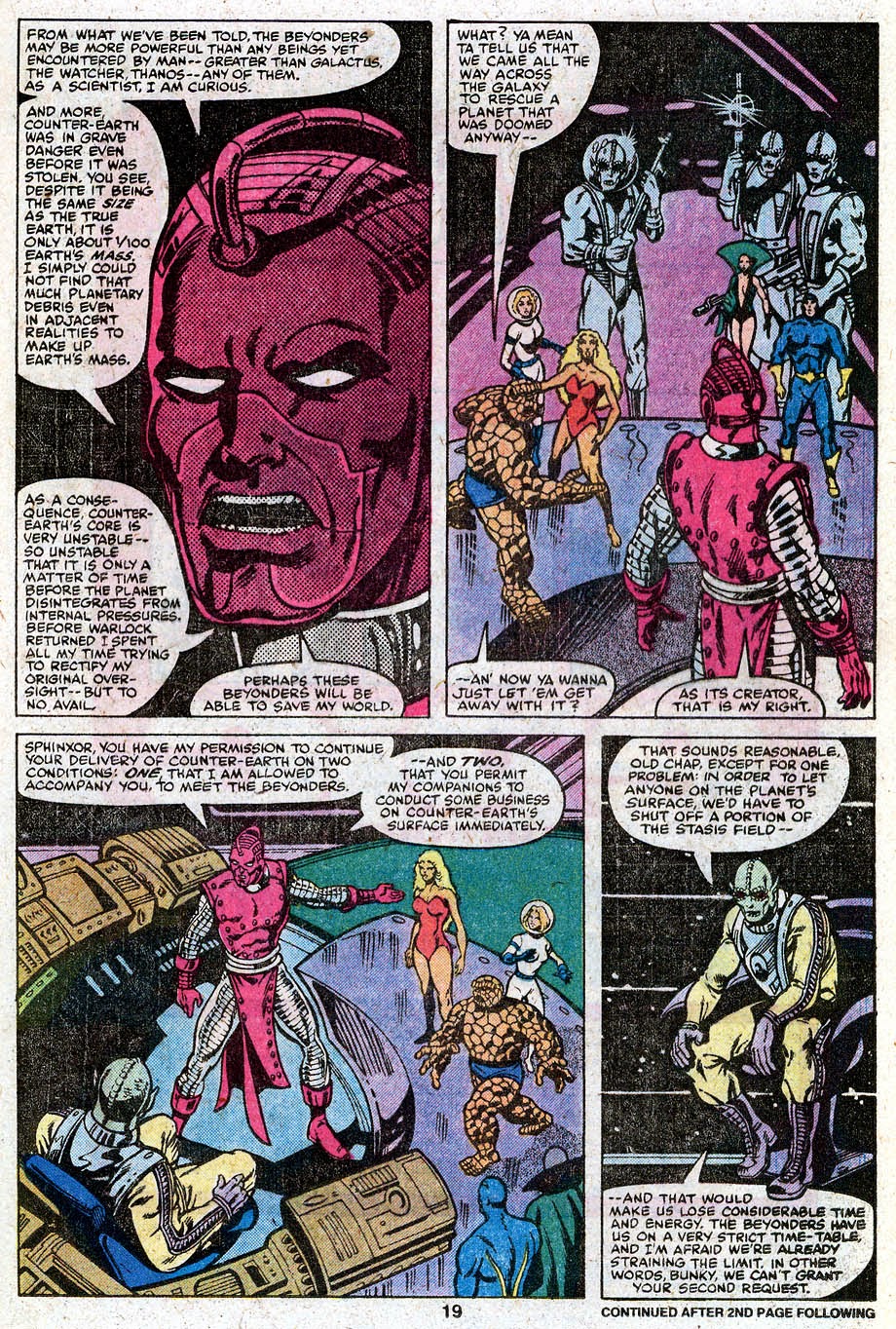 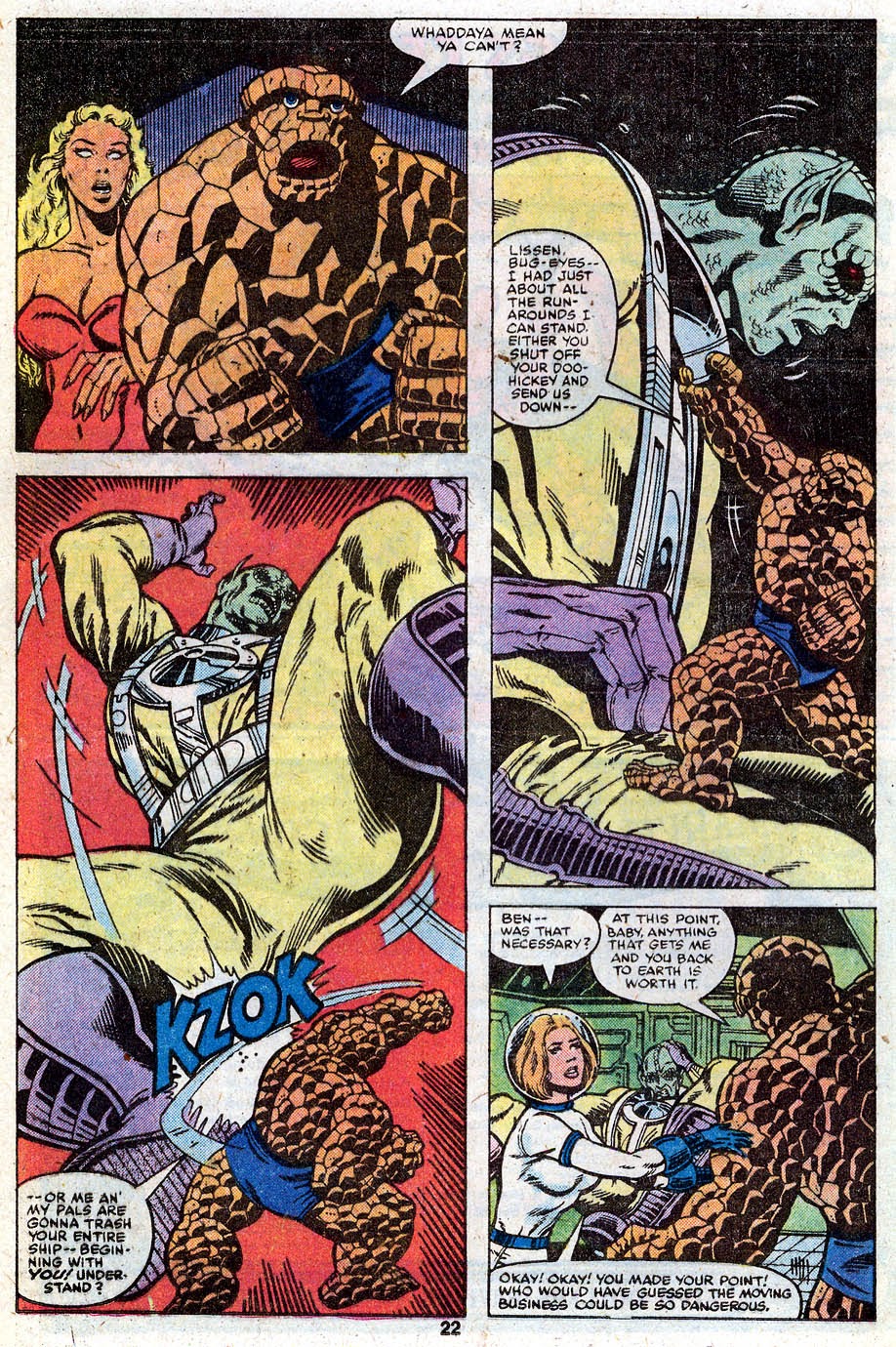 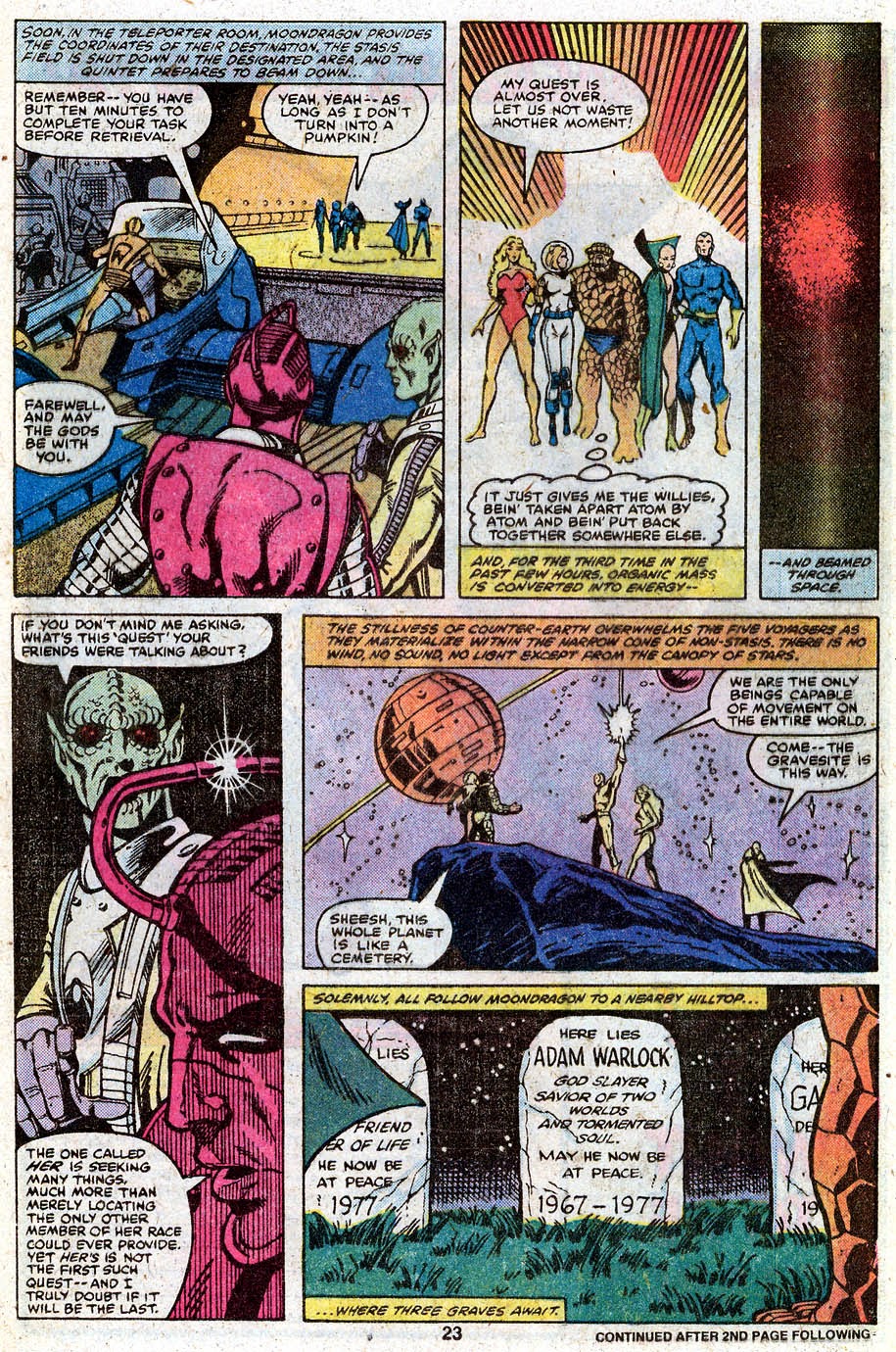 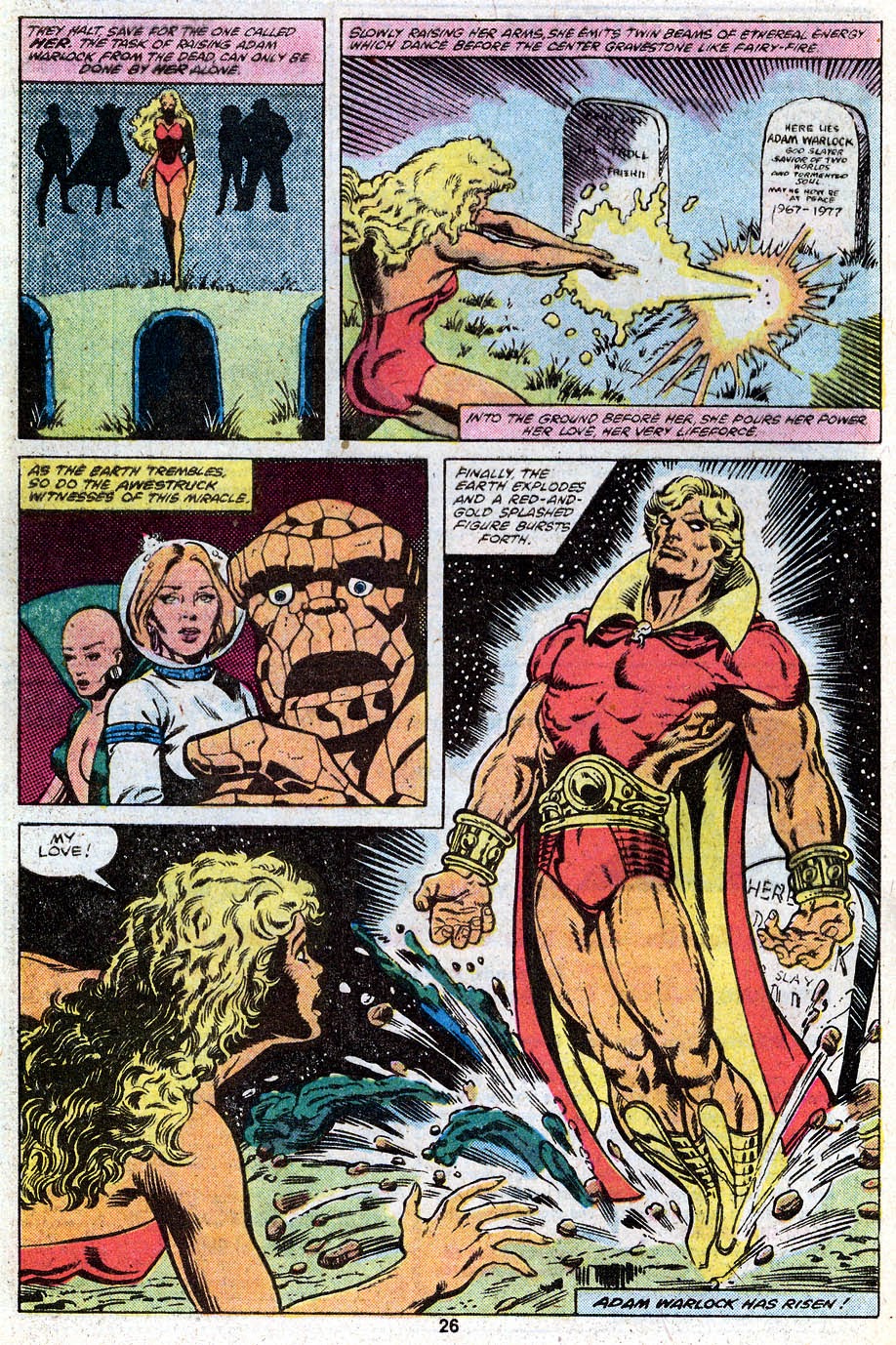 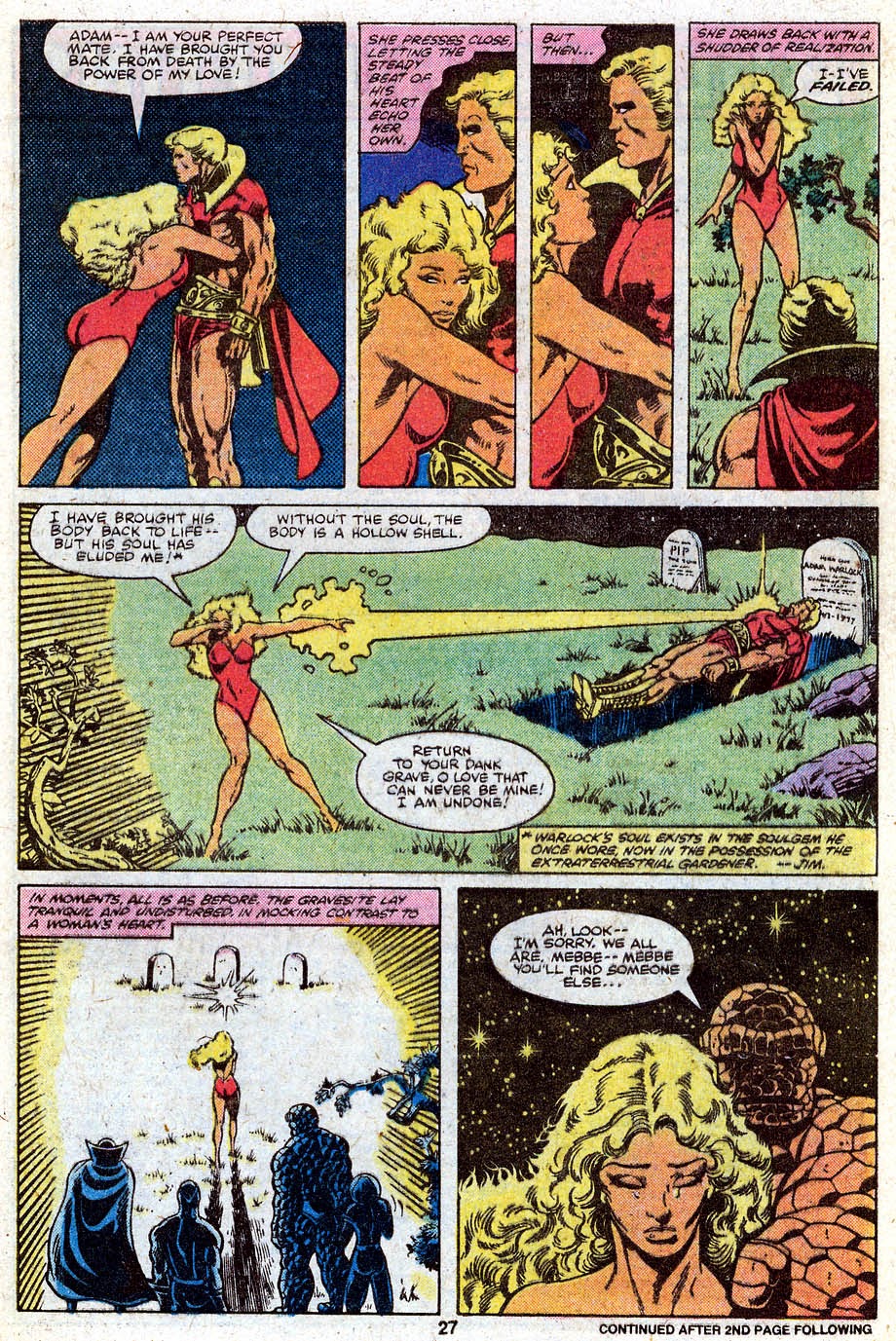 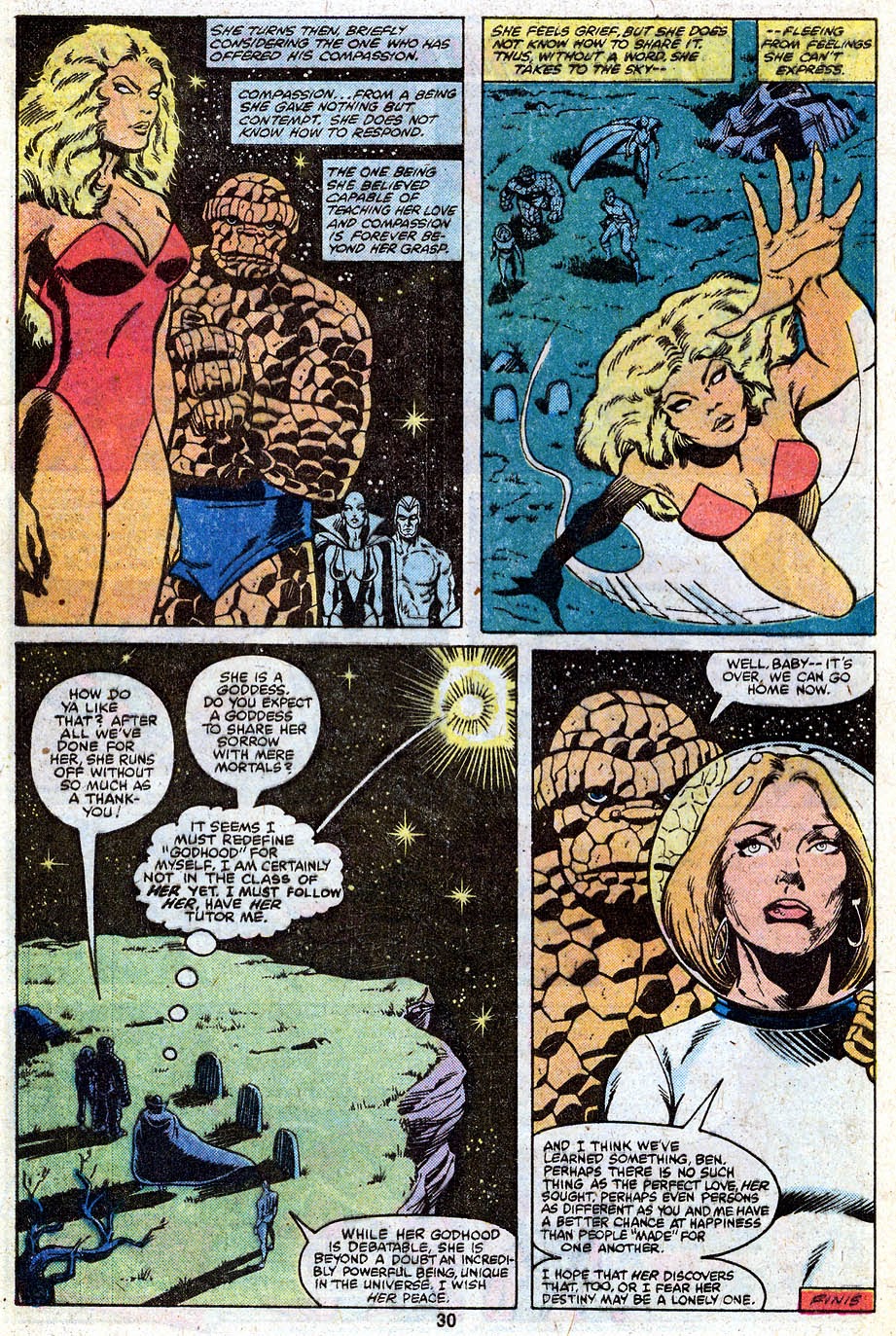 Are you ready for the hate part now? Okay, here goes...I really, really hoped that Warlock would be back for good--and boy, was Teen Groove bummed when he wasn't. I eventually realized what a truly classy move it was on Gruenwald's part not to revive Adam. These days of hokey, obviously temporary "deaths" makes me appreciate Gruenwald's decision even more. Was this a great three-parter or what? Love that Groovy Age!!
Posted by The Groovy Agent at 12:02 AM