Making a Splash: Iron Fist Before He Was Byrne-d

HiiiiiiiiYA, Groove-ophiles! Ol' Groove has Iron Fist on his mind today. Well, I've had Danny Rand and company on my mind for a while now 'cause I've been reading the totally far out Iron Fist Epic Collection recently (and looking forward to the Power Man/IF EC* in time for m'birthday next week--woot!). As I read the stories, I was reminded of how much I dig IF. The mystical, kung-fu origin (inspired by Bill Everett's Golden Age Amazing Man**). The Ninja. Colleen Wing and her dad. Misty Knight and the revelation of her bionic arm. The reveal of who The August Personage In Jade truly was. I could go on and on, but you get the idea. Yeah, it was one of those strips that had a virtual merry-go-round of creators (five writers, four pencilers, five inkers, two editors and a K'un-Lun partridge in a pear tree), but it all hangs together, almost like there was a master plan was in place to keep things moving forward until the ultimate IF team of Chris Claremont and John Byrne took over. Rand transformed from a vengeance-seeking near-madman to a mis-understood victim to a super-hero over the course of these issues. Kudos to writers Roy Thomas, Len Wein, Doug Moench, Tony Isabella, and Claremont for keeping things moving so steadily for our hero! The other heroes, co-creator (with Thomas) Gil Kane, Larry Hama, Arvell Jones, and Pat Broderick (usually inked by Dick Giordano or Vinnie Colletta) get to strut their stuff right now with the mind-bending splash pages from Marvel Premiere issues 15 through 24 (February 1974-June 1975)! 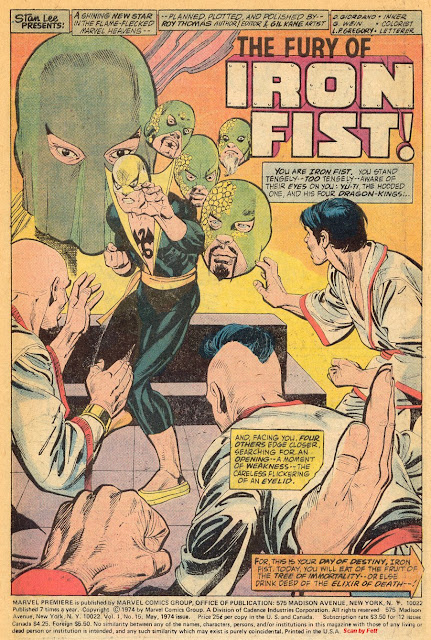 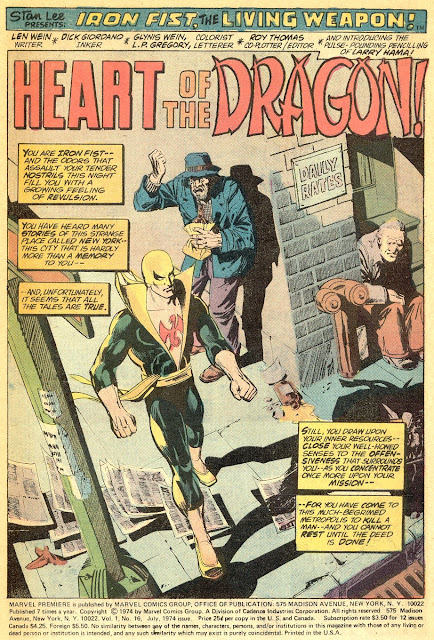 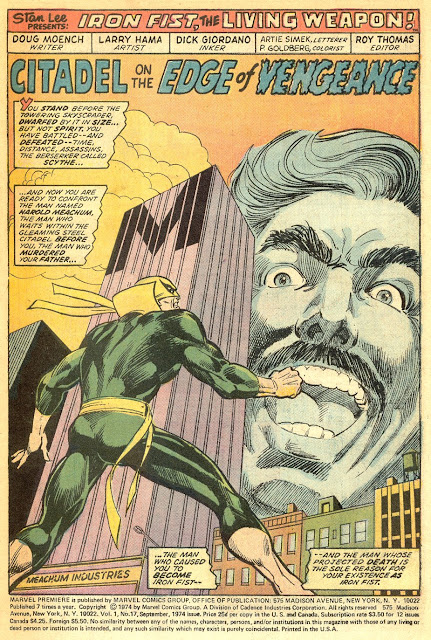 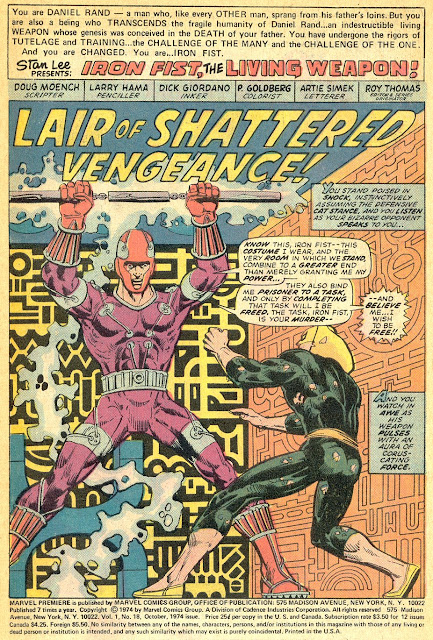 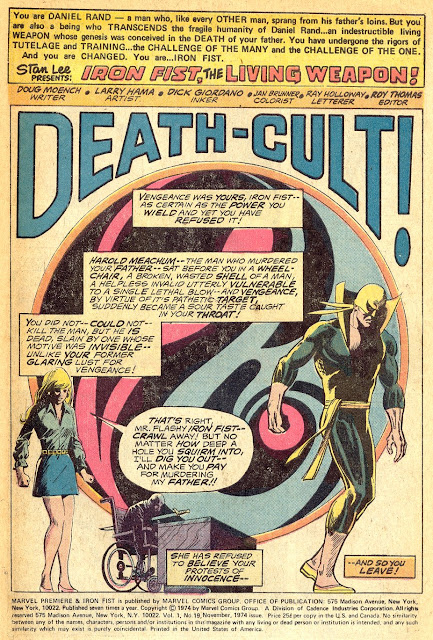 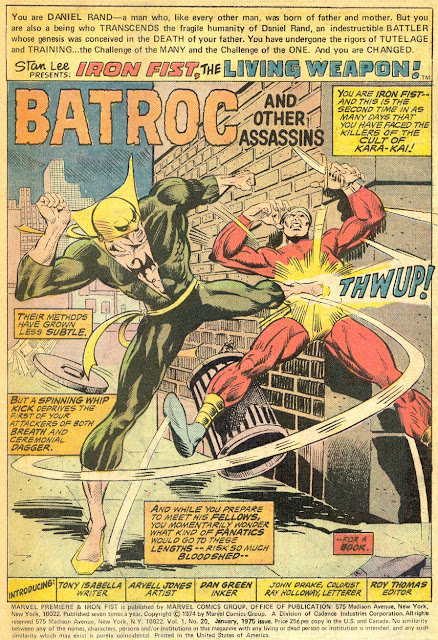 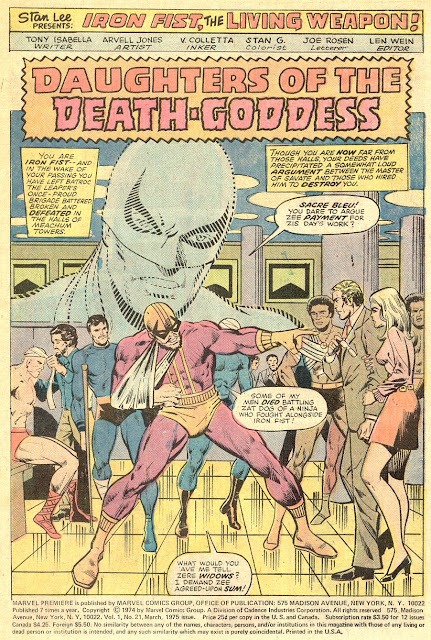 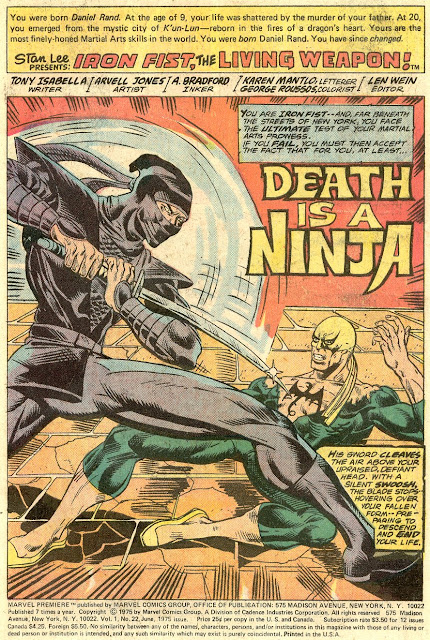 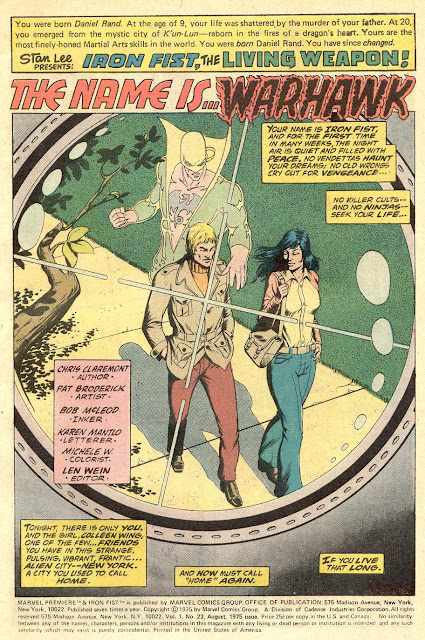 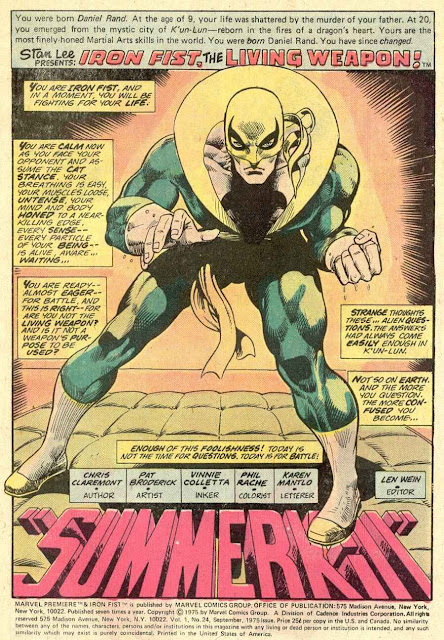 (*Yeah, Ol' Groove has the original MP, IF, and PM/IF mags, but I'm splurgin' a little and these tpbs are really well made!)

(**Gallant Comics is publishing, as we speak, a fantastic new AM comic, John Aman, Amazing Man ,written by Barry Gregory with gorgeous art by Steven Butler. You can read the first four issues online so get thee to gallantcomics.com and enjoy!)
Posted by The Groovy Agent at 12:02 AM