Random Reads: "The Games of Raging Gods!" by Mantlo, Tuska, and Colletta

Hey, hey, hey, Groove-ophiles! Way back in August 1975, Iron Fist had departed the pages of Marvel Premiere and lizard-lept (made that up--but it does sound kinda kung-foo-y, huh?) into his own mag. That left MP to become the mag it was originally intended to be--a try-out mag with different concepts getting a shot every ish (or two or three). The first character to "premiere"? Hercules, the Prince of Power, baby! Yeah, I agree, it should have been published in Marvel Spotlight, but Marvel never really seemed to differentiate between who was "premiering" and who was being "spotlighted"... According to the splash page (which seems to have been added as an afterthought to moi), the story was a celebration of Herc's tenth anniversary in the Marvel Universe. Looked like a sequel to Avengers #'s 49-50 to Teen Groove, but, whatever. I actually got it for the incredible Jack Kirby/Vinnie Colletta cover (Jack was back at Marvel! Hoo-hah!)! Strangely enough, Herc mentions The Champions, although this particular mag came out between the first and second issues of that short-lived but much-loved super-team's series (which were the first two parts of a three part saga, mind ya), so I guess this story would come between Champions 3 and 4? Sheesh! That's a lotta yappin' about a middling one-shot story, Groove! Okay, I'll shuddup and let Bill Mantlo, George Tuska, and Vinnie Colletta lay "The Games of Raging Gods!" 'pon ya! 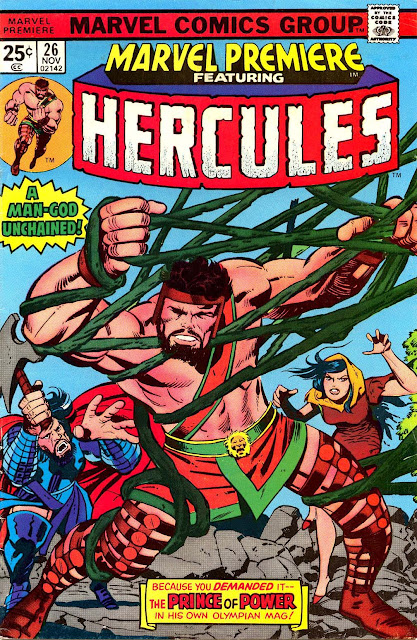 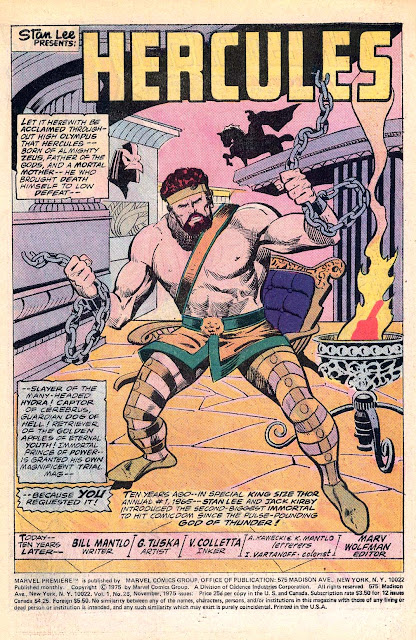 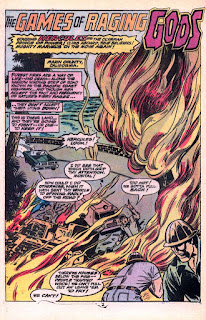 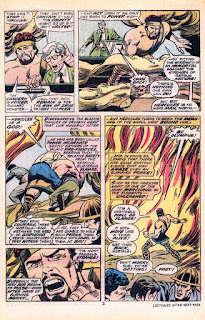 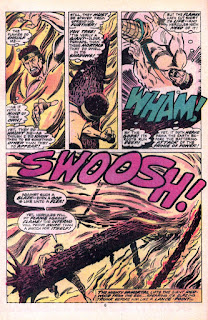 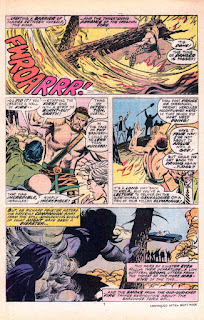 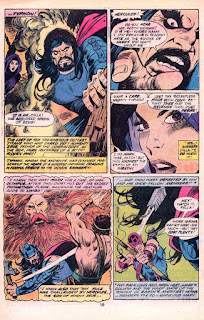 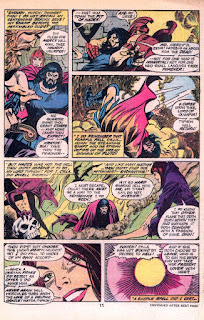 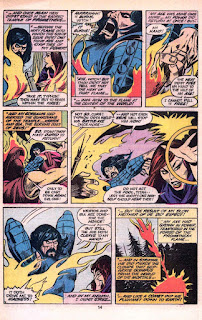 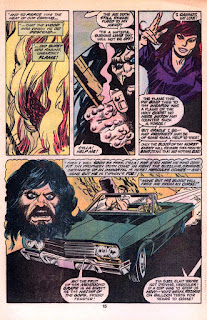 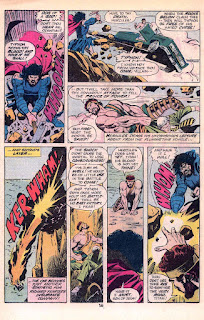 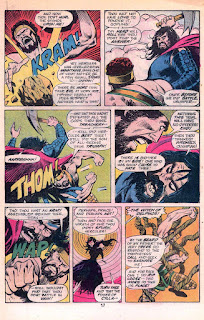 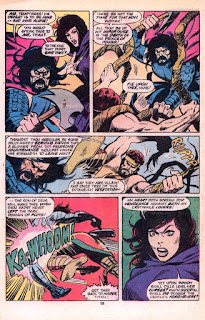 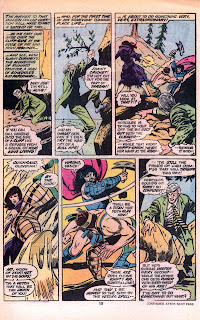 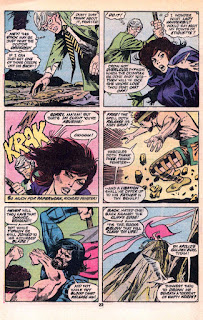 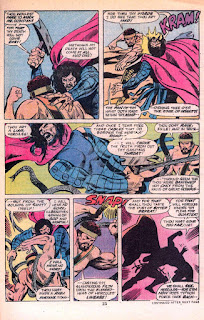 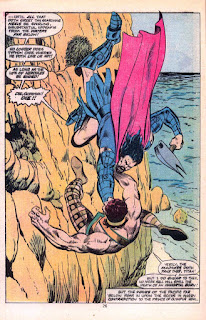 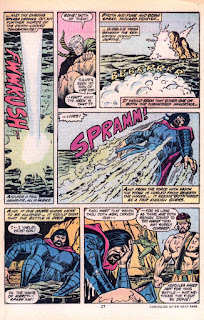 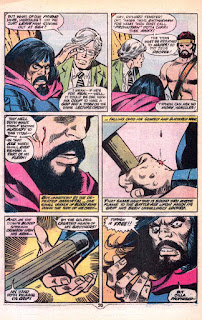 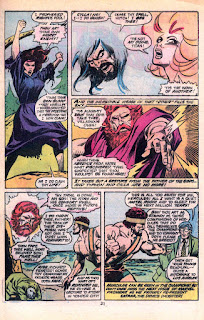