As the great Jerry Reed said, "When you're hot, you're hot!" and in the mid-1970s, Gray Morrow was hot! Hot enough that Archie Comics let him create and spearhead a comic very, very different than their normal teen-age fare. They christened what was to be a line of comics Red Circle, and the imprint's first mag was Chilling Adventures in Sorcery. The supernatural (thanks in no small part to The Exorcist) was all the rage in December 1973 when CAiS #5 hit the stands. Sword and sorcery and sci-fi were also making inroads into comics at that time, so when Gray Morrow combined all of those elements for "Barometer Falling...", t'was no wonder the tale was made the cover feature. Sure got Young Groove's twin dimes with ease! 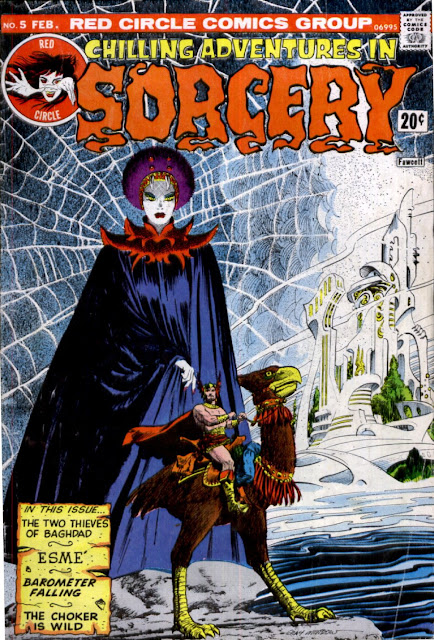 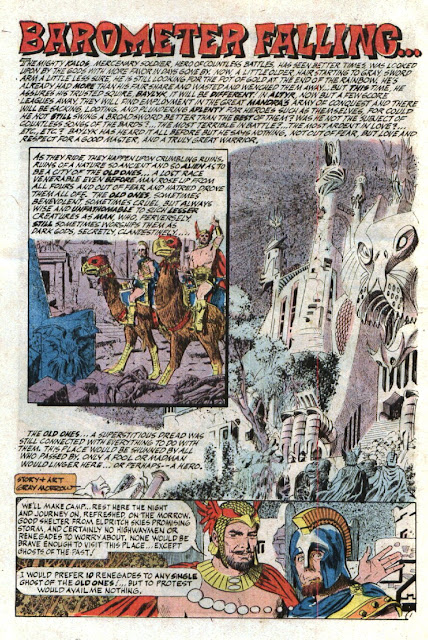 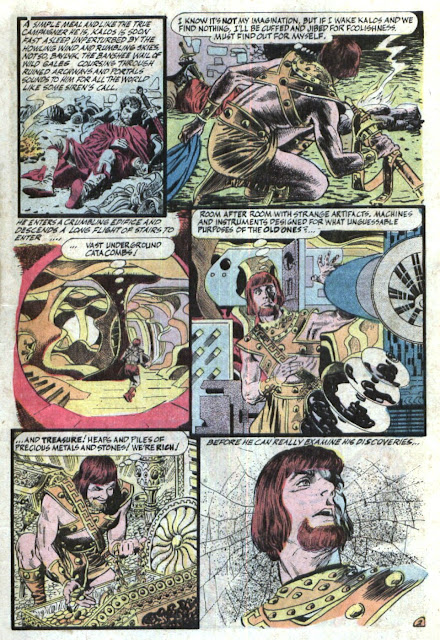 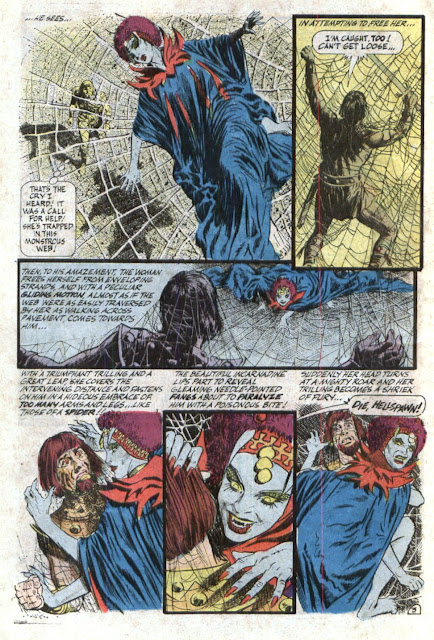 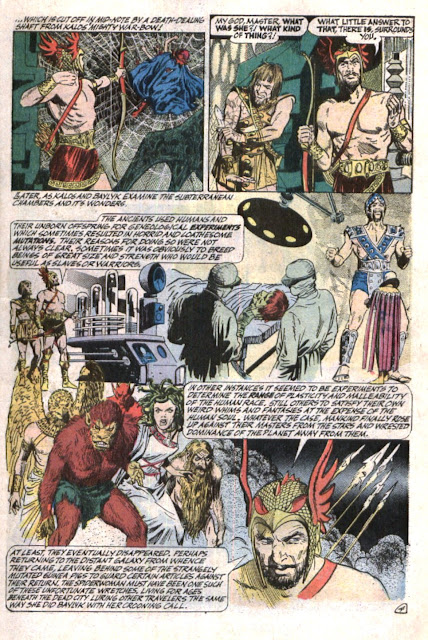 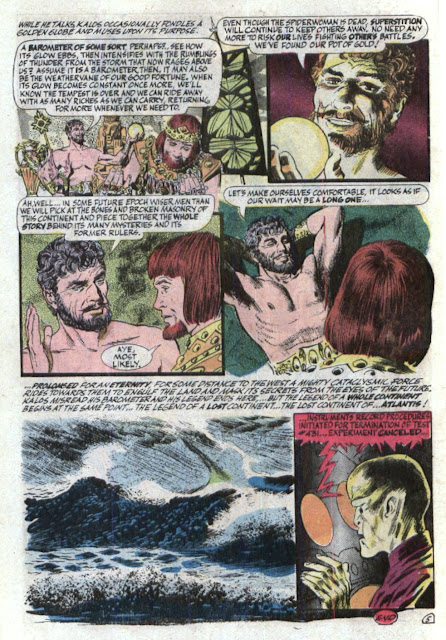