Greetings, Groove-ophiles! We're up to ish #4 of Black Goliath--the penultimate ish--as well as one that would pave the way to the best ish of the series (#5, natch--which you can read here). Writer Chris Claremont came up with a seemingly crazy idea of using an old (and greatly disparaged) Daredevil villain, the Stilt-Man to touch off what could have been the best storyline of BG's short run. Sales were poor, though, so the mag was cancelled before it came to fruition. The BG/Stilt-Man storyline would be carried out to a cool and cosmic conclusion later--in the pages of the Champions mag, and we'll get to those later (if ya don't let Ol' Groove forget!). Right now, let's truck on back to May 1976 for "Enter the Stilt-Man--Exit Black Goliath!" with art by the unlikely art team of Rich Buckler and Don Heck! 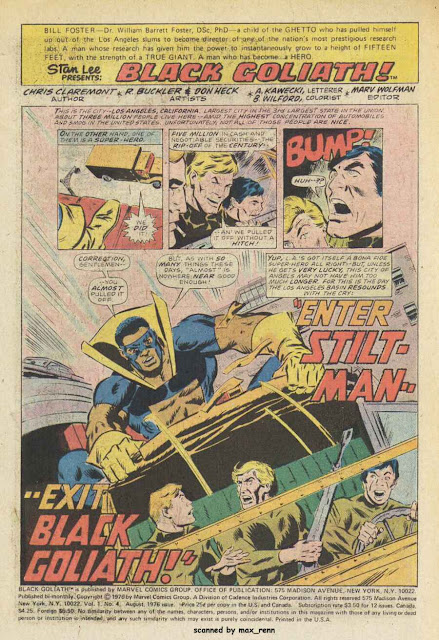 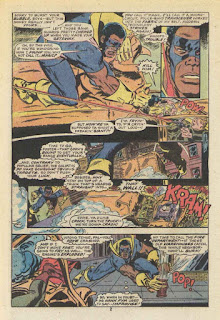 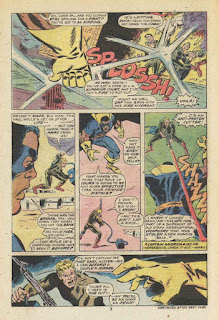 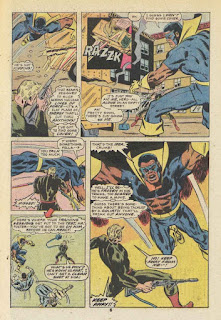 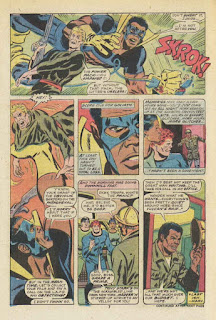 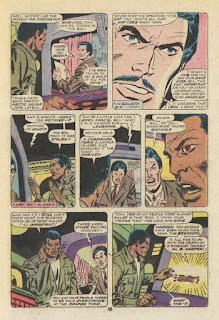 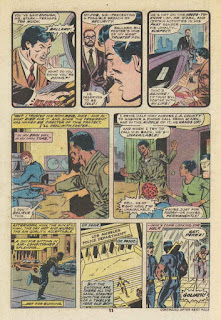 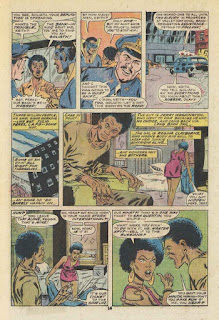 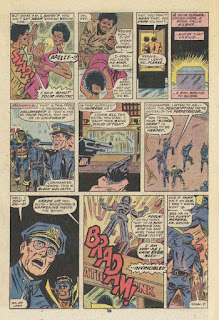 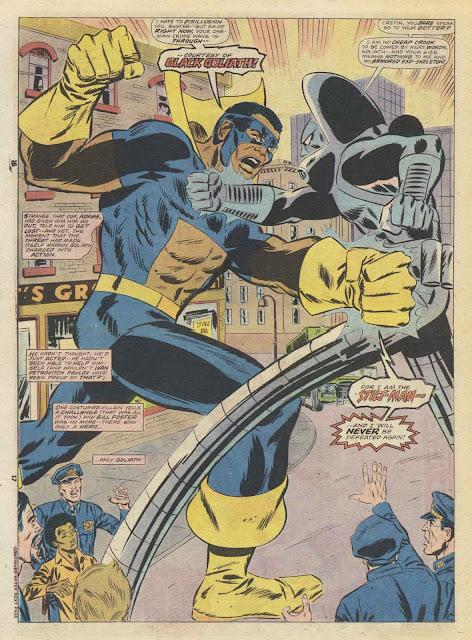 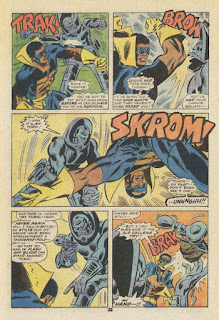 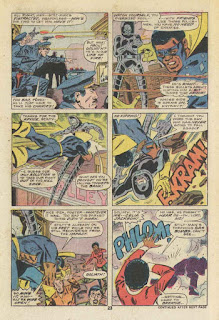 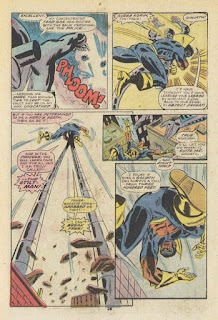 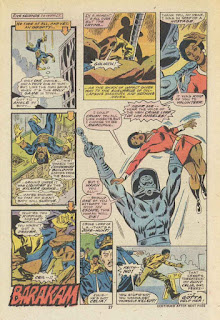 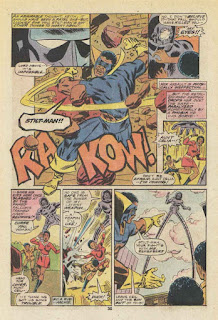 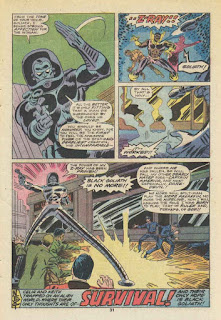