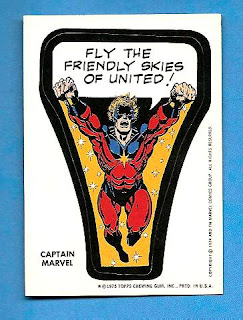 Back in 1975/76, Topps, the premiere bubble-gum card company of the Groovy Age (dare I say, of all time?), put out two sets of comic book stickers. Each set had about 40 stickers and 9 checklist cards (the backs of the cards formed a puzzle). Nearly every character Marvel published at the time got to pop off at least one corny one-liner. Some character choices were obvious like Spidey, Captain America, the Hulk, Daredevil, and the FF, while some were really weird like Conan, Deathlok, Killraven, Frankenstein, Howard the Duck, Master of Kung Fu, and...Son of Satan?!? A few characters who had more than one super-identity appeared in each guise, like Clint Barton aka Hawkeye and Goliath. It was a fun way to spend those extra dimes (yep, they were ten cents a pack!), and you could spend hours trading, wheeling, and dealing with your friends. Young Groove had 'em all (I still have the Conan puzzle)! Check 'em out, Groovesters! 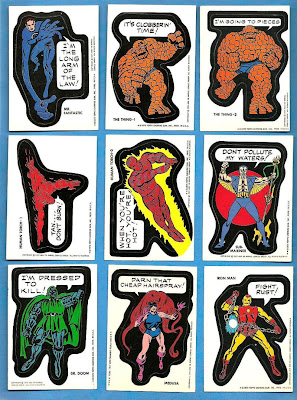 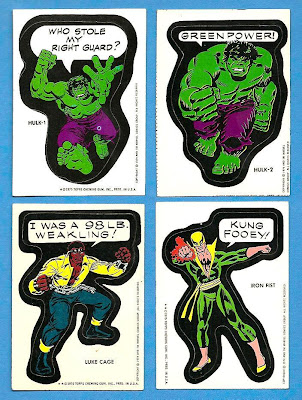 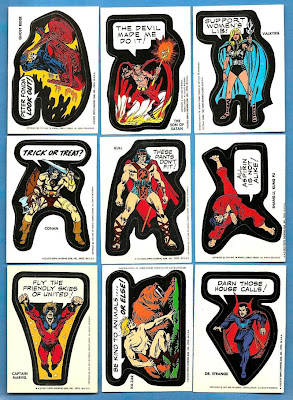 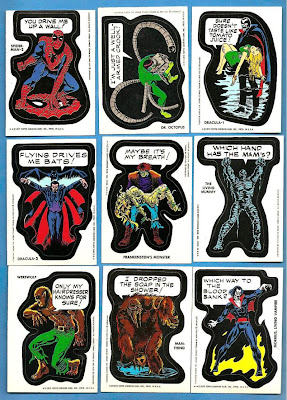 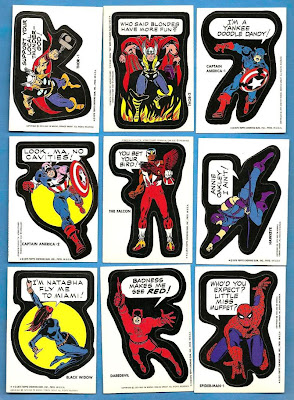 The 1975 set was just called "Comic Book Heroes Stickers"; it wasn't until 1976 that the mighty Marvel brand got its name on the pack as "Marvel Super Hero Stickers". Can you dig it? 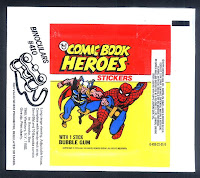 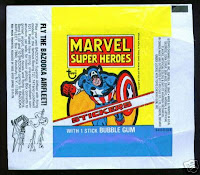 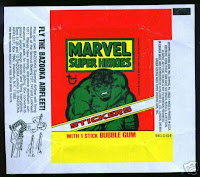 Here's the Conan puzzle the backs of the second set's checklist cards made: 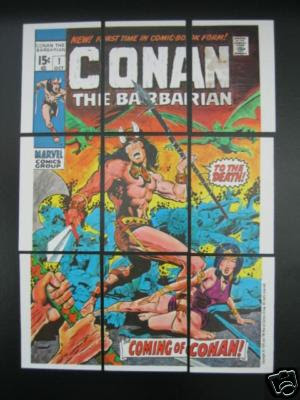 Far-out, huh? And 'cause Ol' Groove is so big hearted, here are a few from the 76 set to drool over: 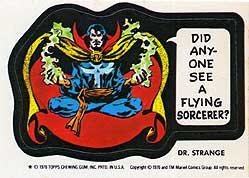 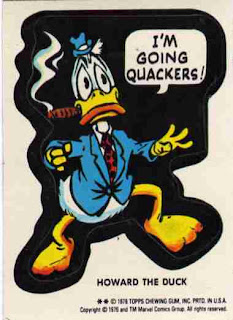 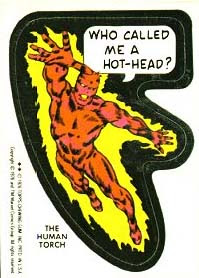 Hope you really dug sticking around (ugh!) the Diversions HQ today! Peace!
Posted by The Groovy Agent at 11:11 AM