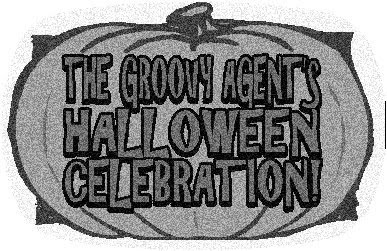 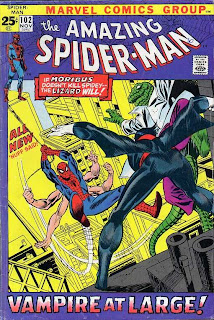 In 1971, the Comics Code Authority was loosening up. To paraphrase Bob Dylan, the times they were a'changin'! One of the things they loosened up on was the use of the supernatural. If monsters and such were used in "the classic sense", they were allowable (Zombies were still forbidden in color comics, though). That left a lot of leeway for the more creative types. Guys like Roy Thomas and Gil Kane, who took the a 1950s sci-fi movie approach to creating the first flat-out vampire comics fans had seen in quite some time: Michael Morbius.

Morbius (the Living Vampire) first appeared as a villain in a two-part tale beginning in Amazing Spider-Man #101 (July, 1971) and ending in #102 (August, 1971). Morbius, we learned, wasn't a traditional vampire, but a man with a blood condition whose experiments to cure that condition changed him into a being who had to ingest blood in order to live. In other words, a sci-fi vampire, baby! Morbius origin was revealed smack dab in the middle of ASM #102, and it went like this... 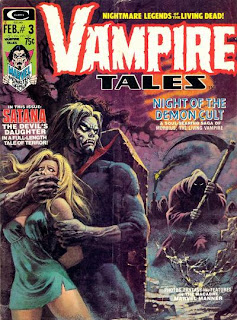 Can you dig it? No wonder Morbius caught on, huh? And catch on he did! A few months later (April, 1972) Morbius had another run-in with our favorite web-head, this time in issues 3-4 of Marvel Team-Up, where he also had to duke it out with the Human Torch and the X-Men. Marvel had faith in Morbius, that our anti-hero, vampire-with-a-soul could handle his own strip, so in the spring of 1973, he became the headliner for one of Marvel's earliest black and white mags, Vampire Tales #1. The strip ran through all eleven issues of that mag (with Morbius making the covers for issues 3, 10, and 11) with a variety of writers and artists (from Steve Gerber and Pablo Marcos to Doug Moench and Sonny Trinidad) handling the creative chores. 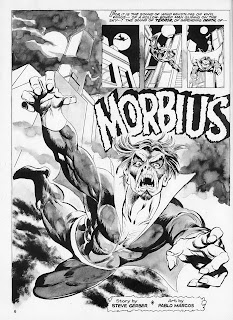 With two mags cancelled out from under him, Morbius resorted to guest-star status, teaming with Man-Thing, Ghost Rider, and others in Marvel Premiere #28's Legion of Monsters, then joining forces with the Thing in Marvel-Two-In-One #15 (February, 1976). A left-over story intended for Vampire Tales showed up in Marvel Preview #8 (Fall, 1976), and then it was back to battling Spider-Man (Spectacular Spider-Man #s 6-8, February-April, 1977). Morbius appeared twice more right at the end of the Groovy Age in Spectacular Spider-Man issues 38-39 (October-November, 1979)--and ish 39 was just a flashback. That was pretty much that for the Groovy Age, but Morbius made a huge comeback in the 90s, finally getting his own title, but that's a story for another blog, ain't it?

Okay, my Groovy Ghoulies, it's almost time to wrap things up! What am I gonna lay on ya for the grand finale? A rare gem fit for a king! How's that for a cryptic clue? See ya soon!
Posted by The Groovy Agent at 3:15 PM