Ol' Groove's Request Line: "Who Stole My Super-Powers?" by Shooter, Swan, and Roussos

"I know sometimes you take requests, so maybe I'll get lucky if I hit you with the right pitch. One of the funnest comics I ever read as a kid was SUPERMAN # 220, a sort-of team-up with the Flash titled, "Who Stole My Super Powers?" For my money it was the last great story Mort Weisinger ever edited. Even though it doesn't have Murphy Anderson on the inks (George Roussos inked Curt Swan, and he was just so-so on the Master's pencils), the story itself is wall-to-wall fun, with humor, mystery, suspense, the whole nine yards of grooviness.

"And here's the thing: I no longer have that comic and I can't find the durn thing anywhere! It was never reprinted except it one of those digests that are even harder to find than the original. So you'd be doing a public service good deed by making that comic available to the masses."

Answering requests for true-blue Groove-ophiles, bringing back fond comicbook memories, public service good deeds--yeah, that's what Ol' Groove's all about! So here ya go, Dave! Written by a young Jim Shooter (one of the last assignments of his first tenure at DC), from August 1969 here is..."Who Stole My Super-Powers?" 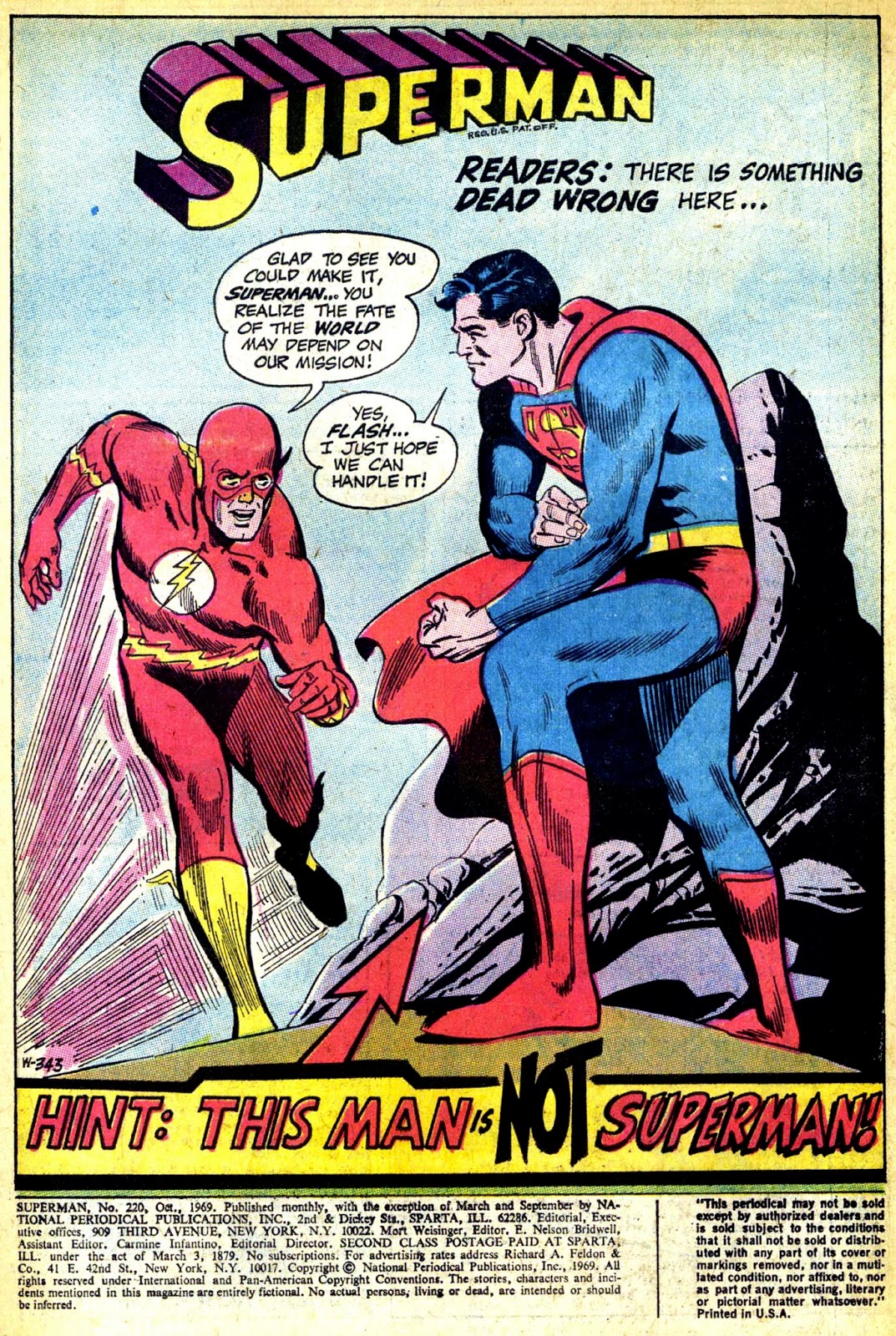 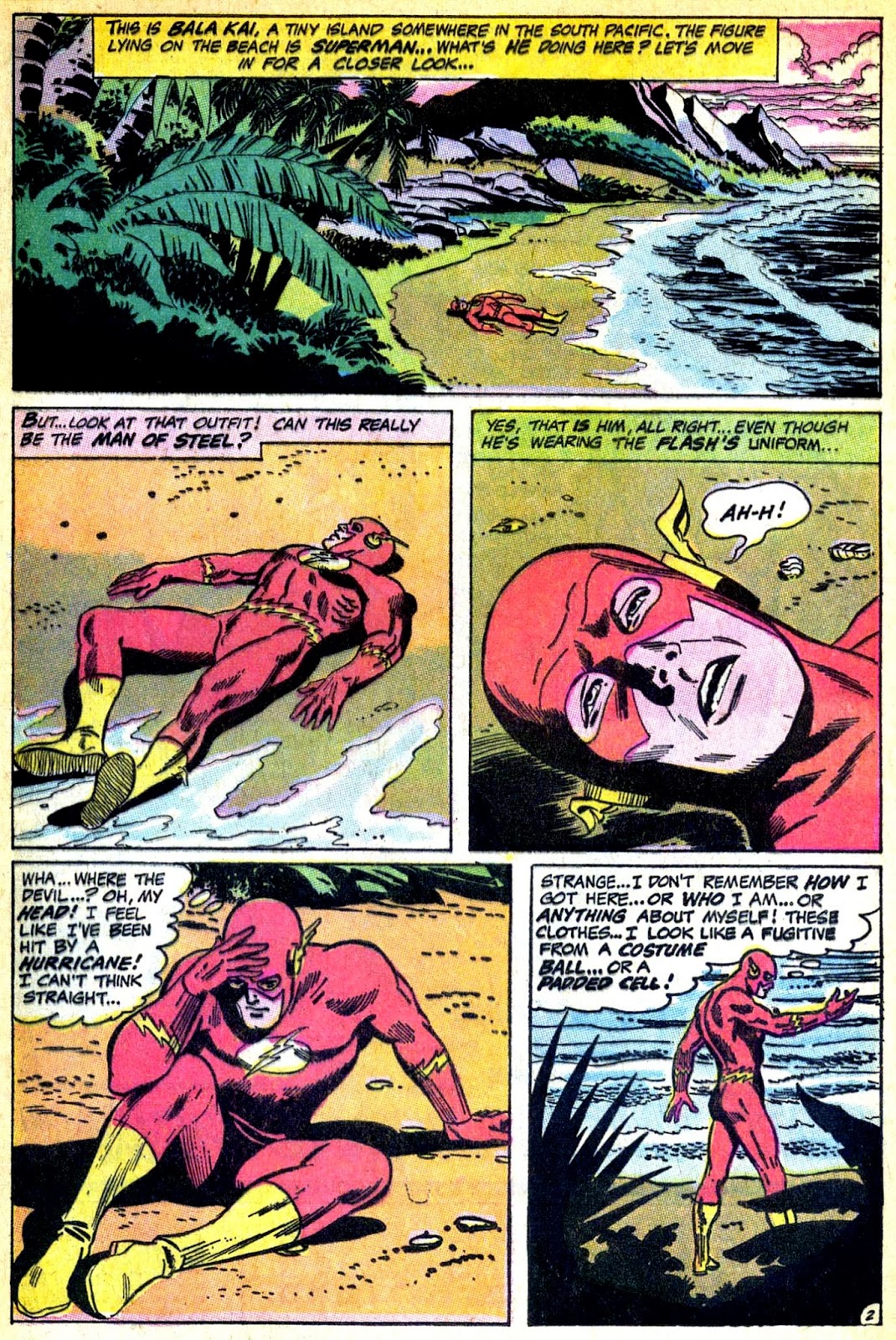 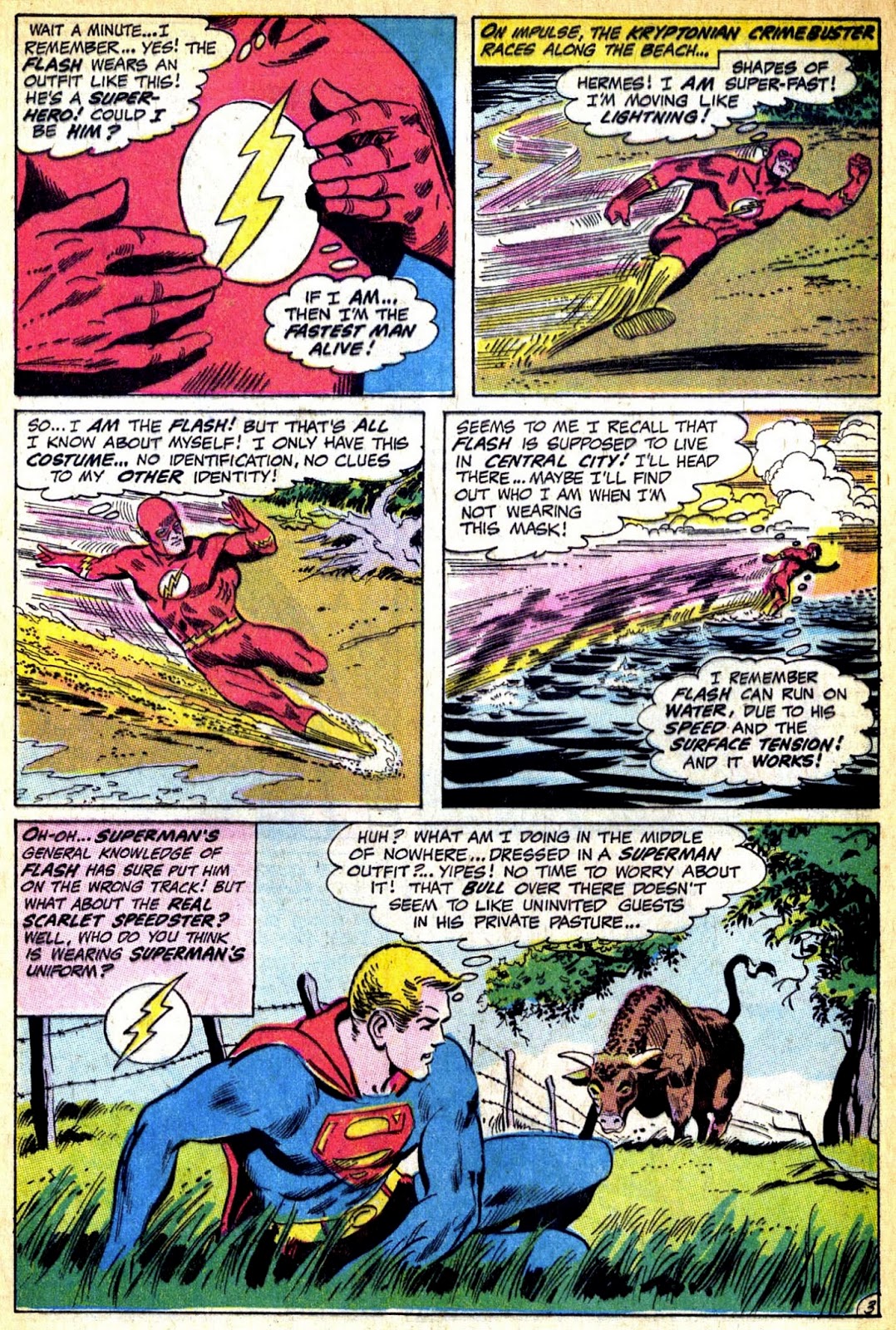 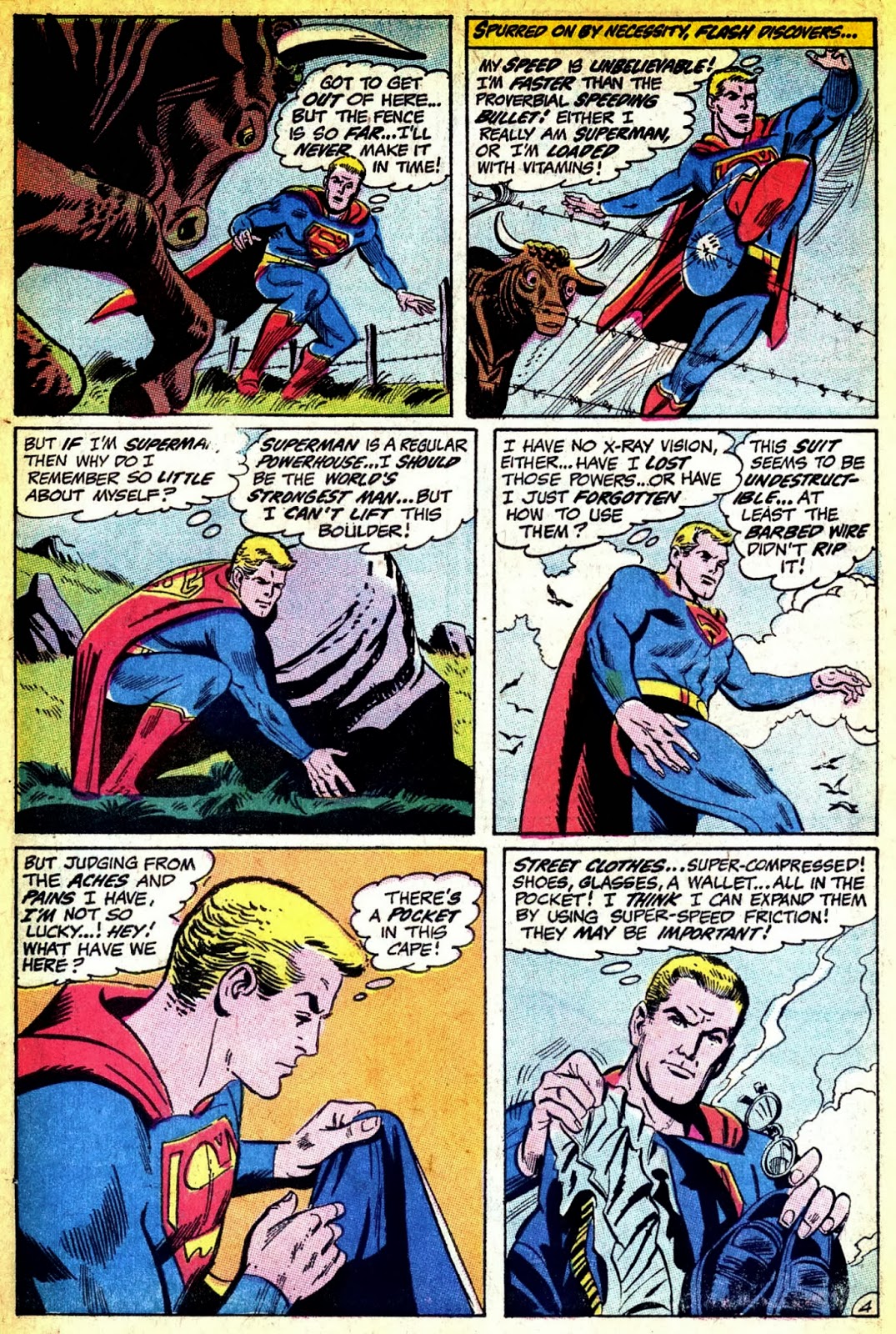 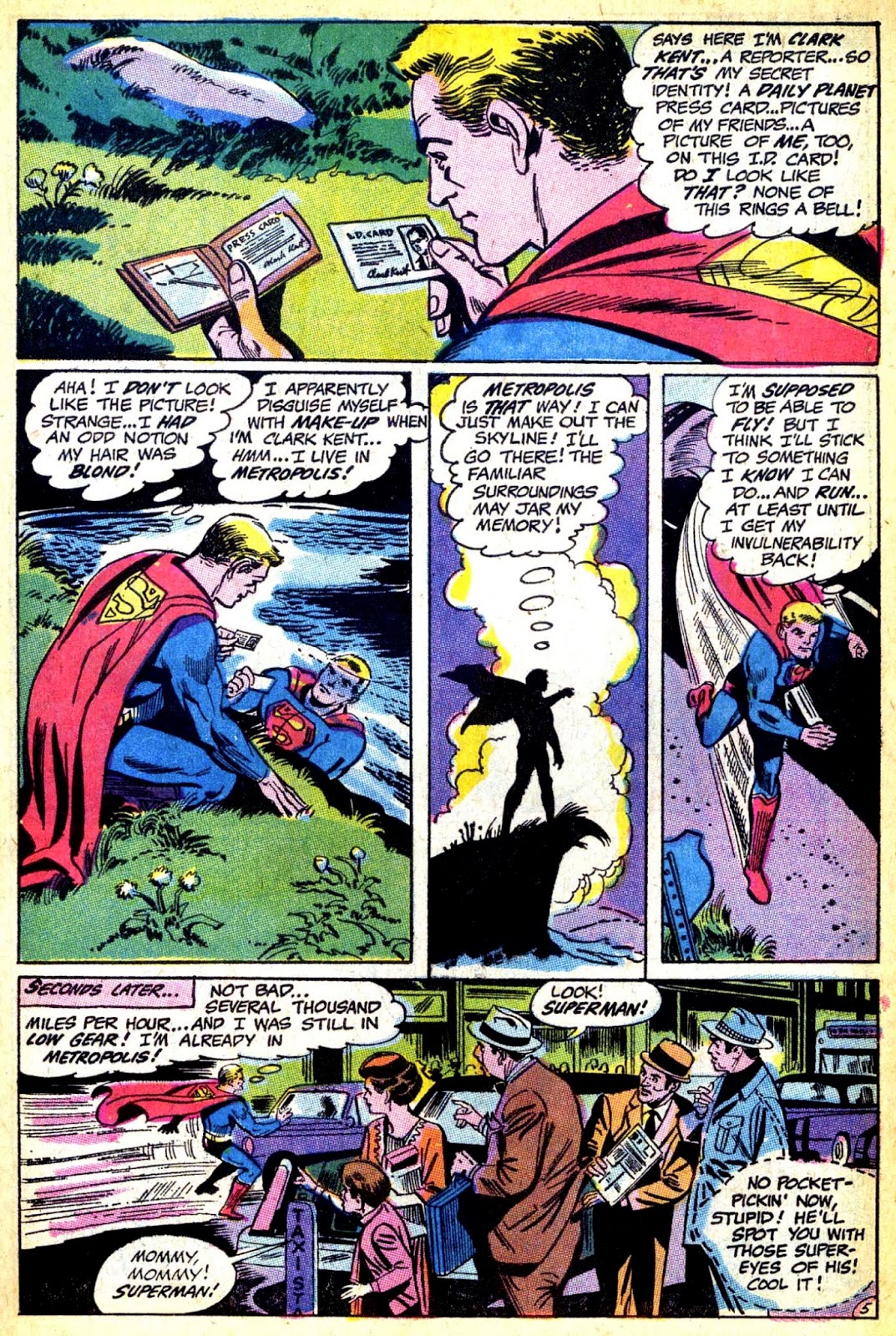 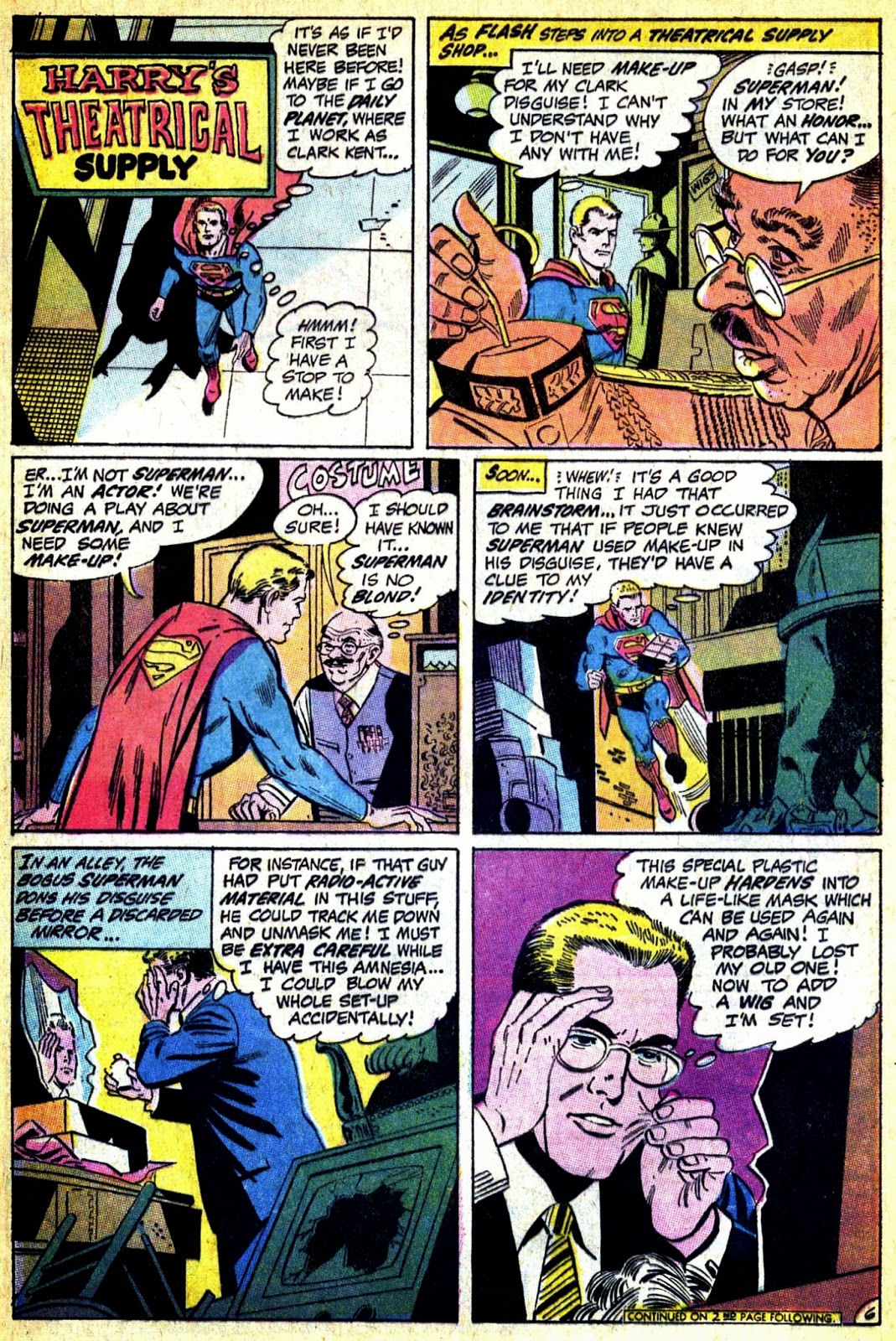 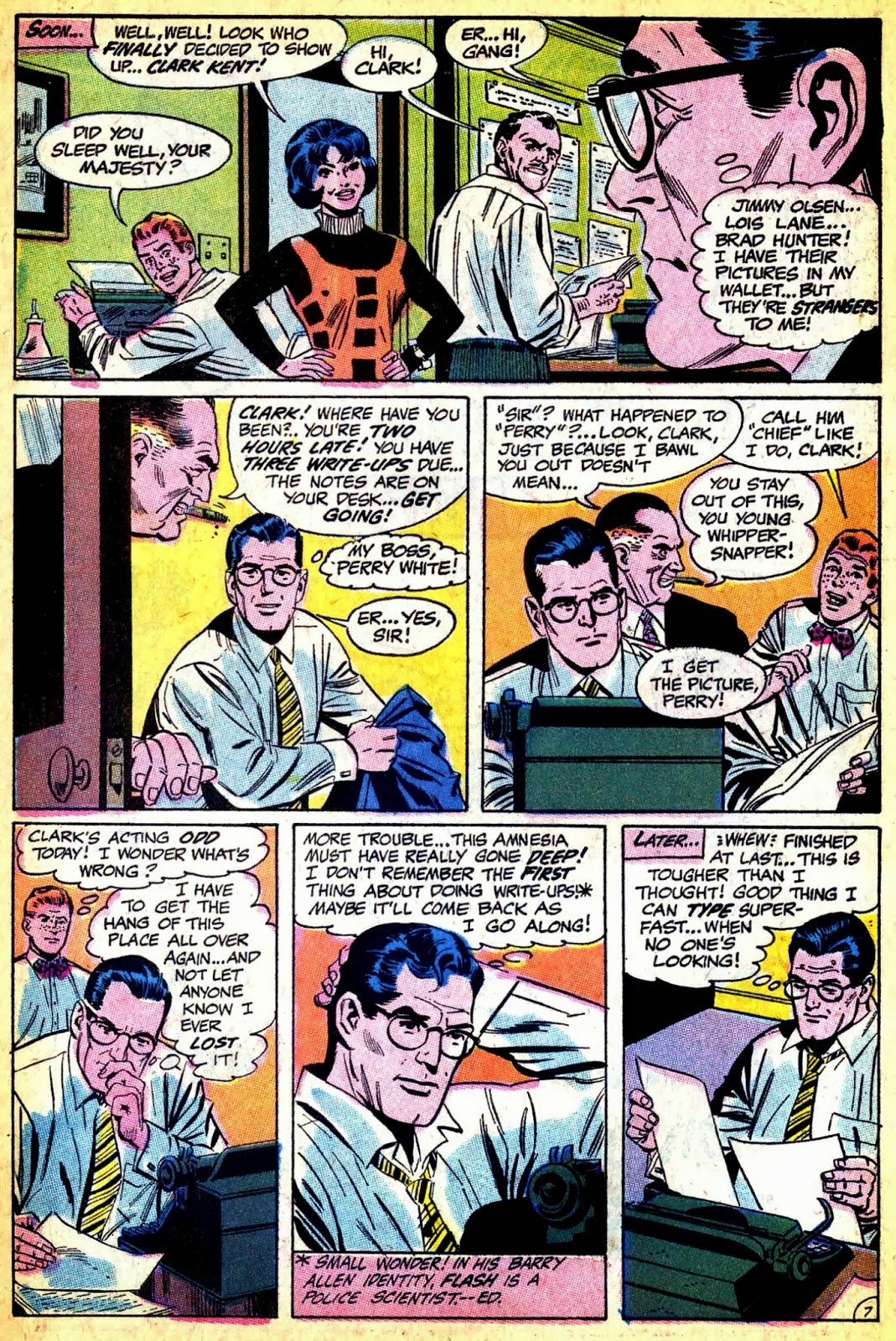 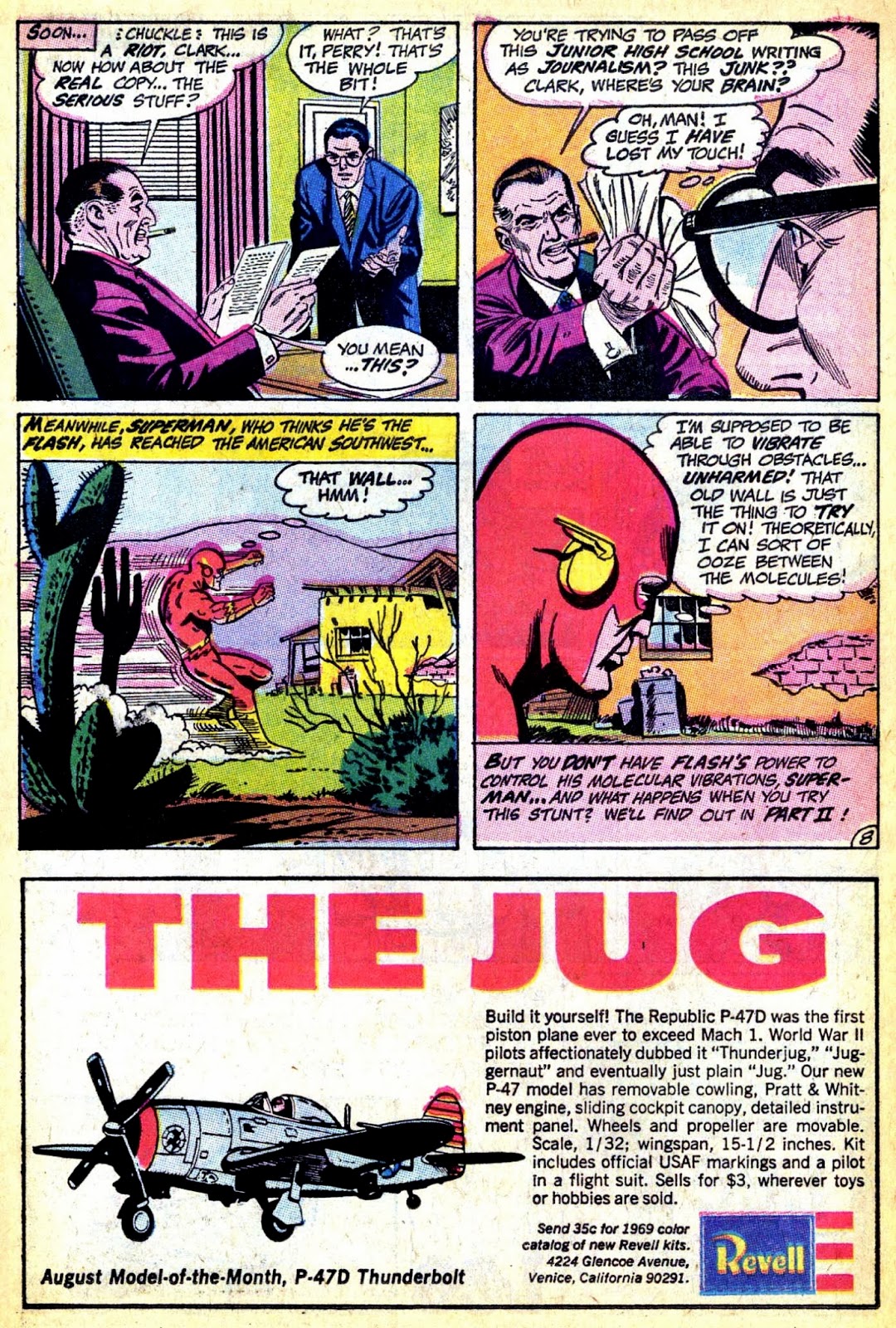 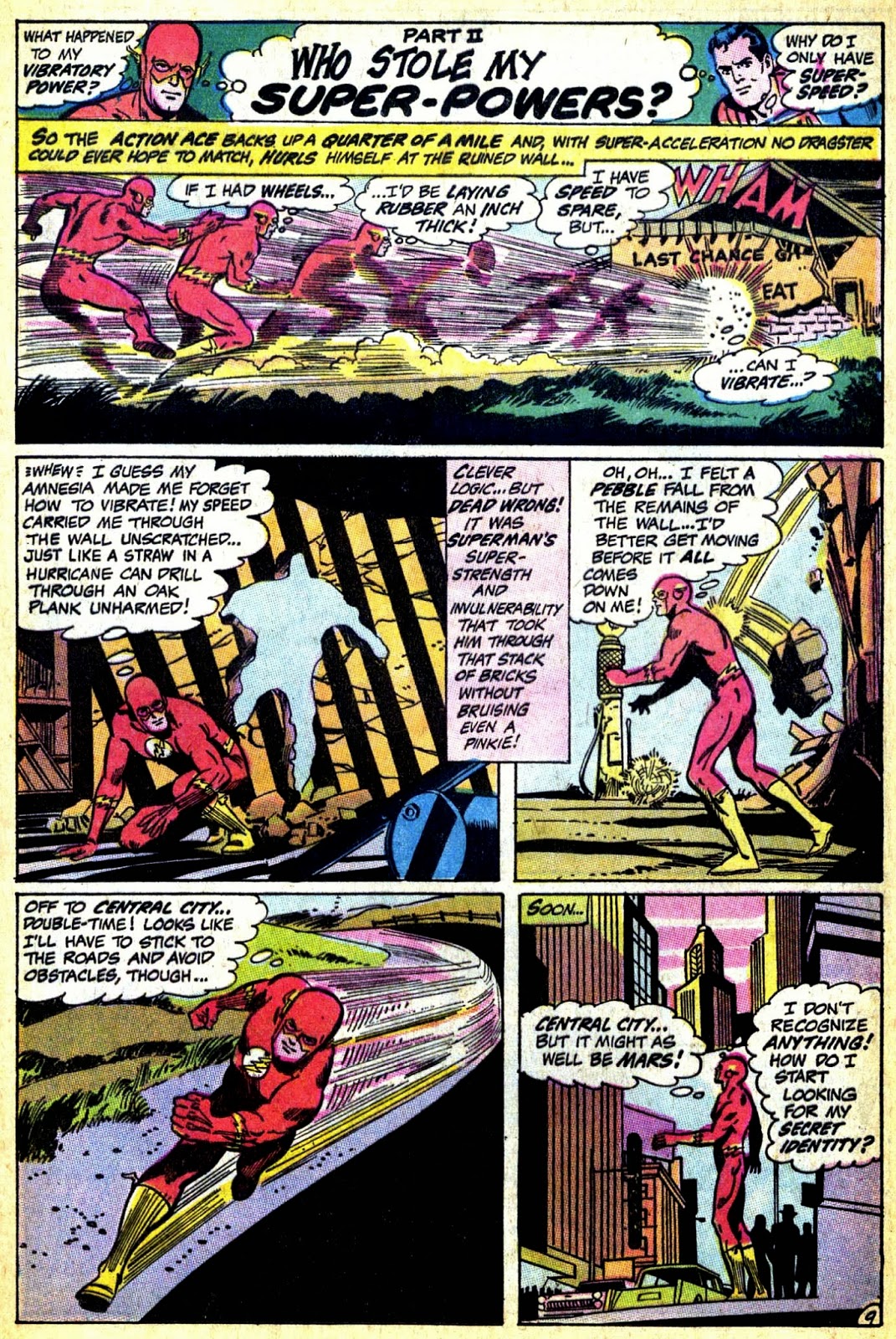 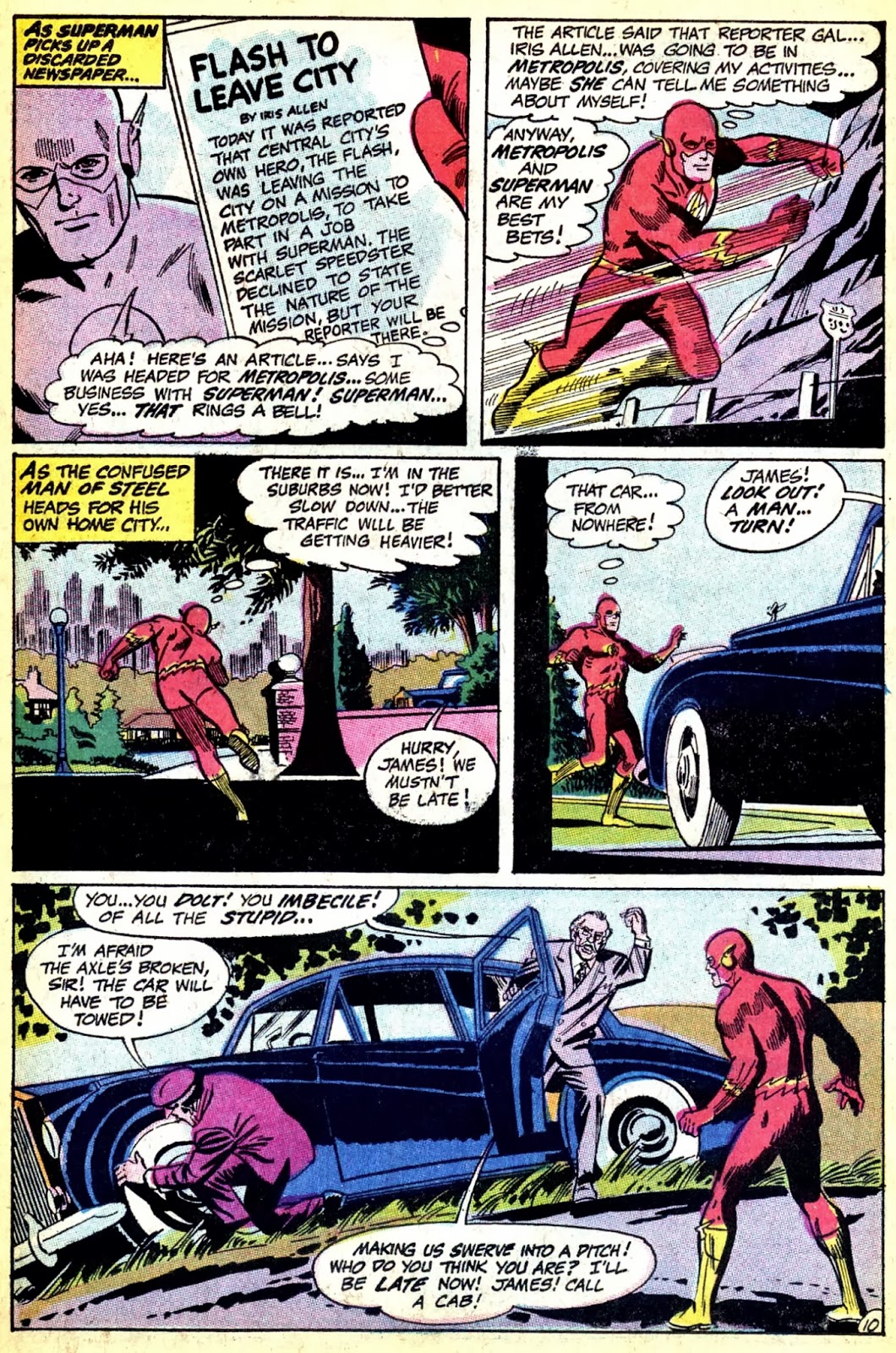 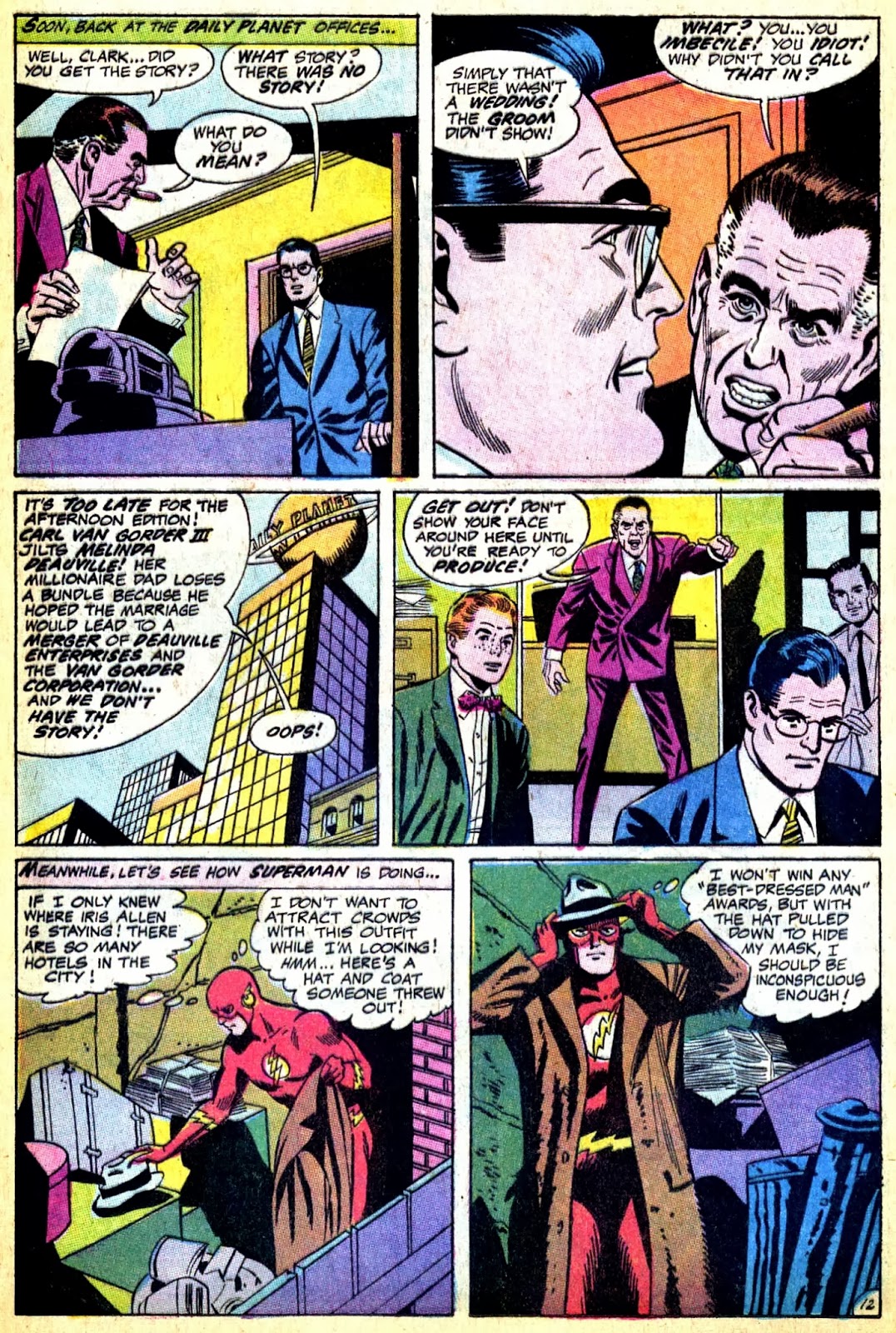 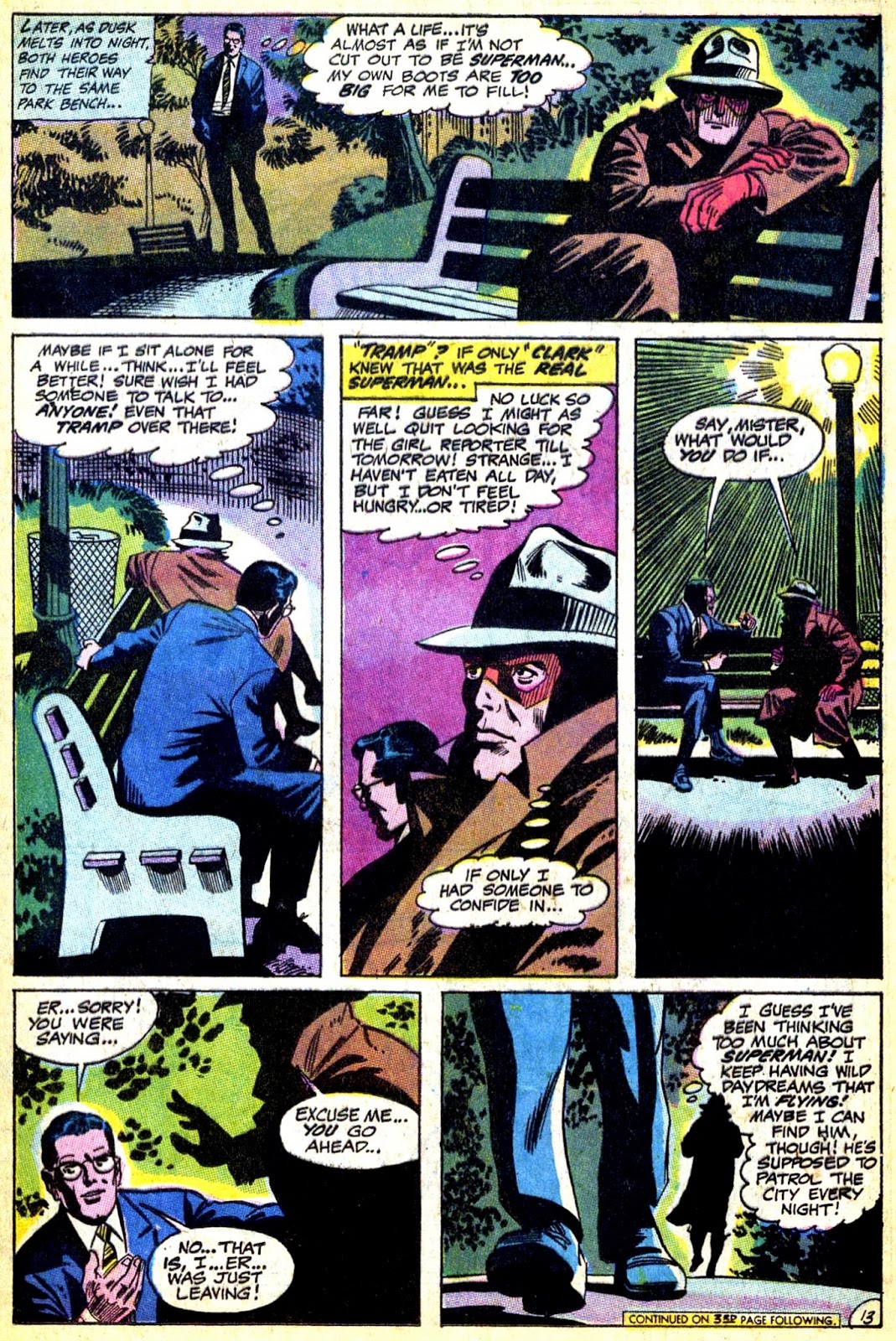 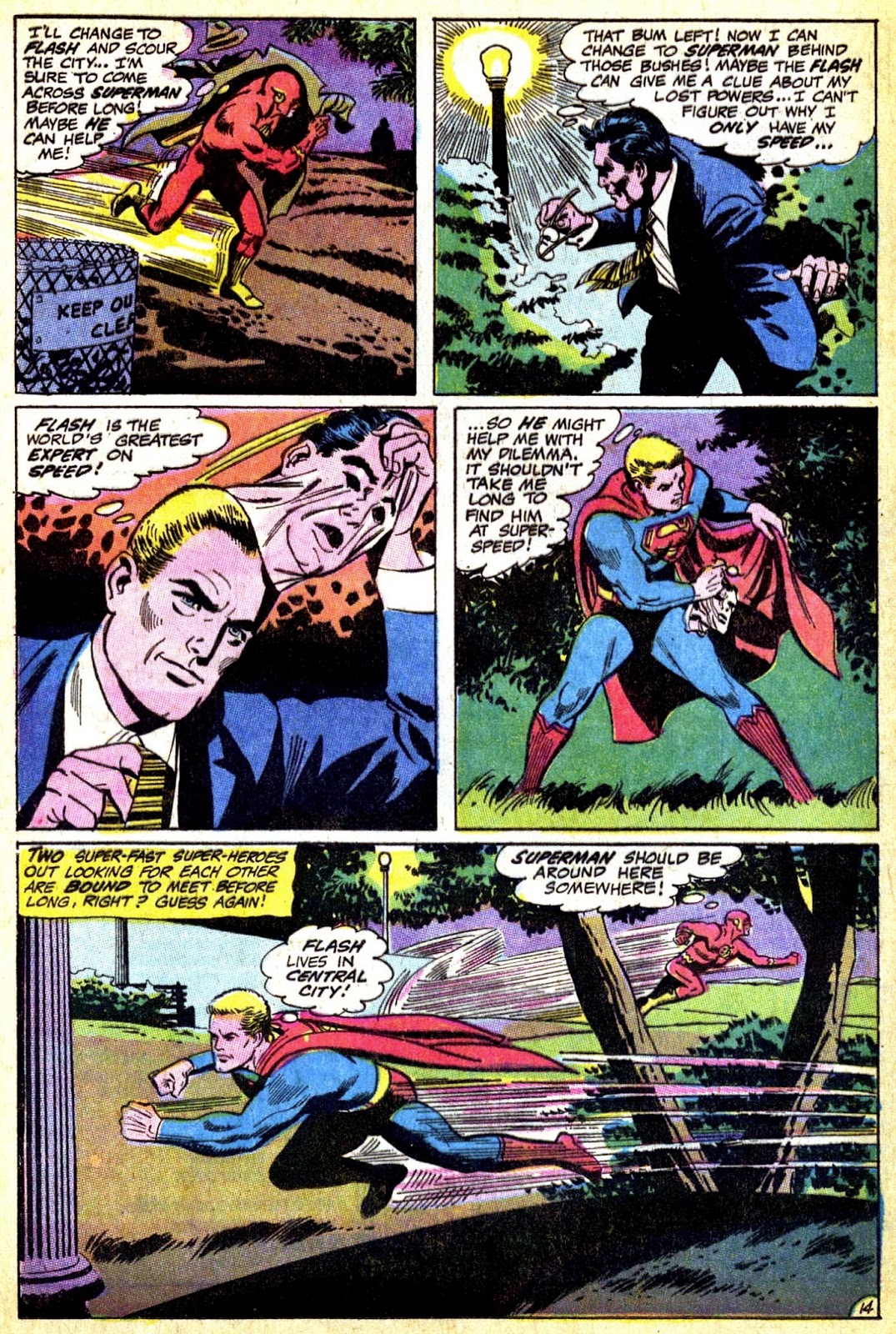 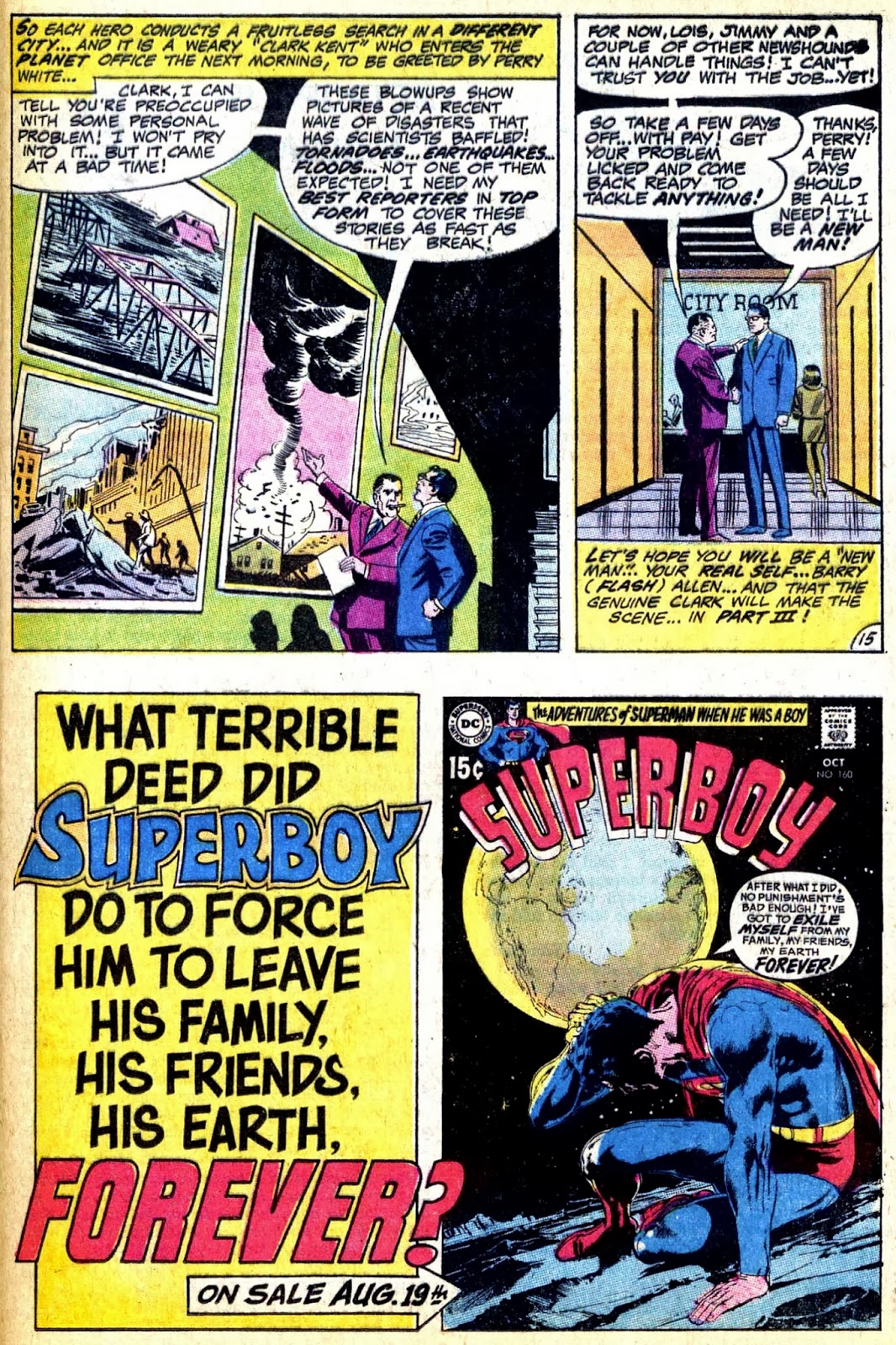 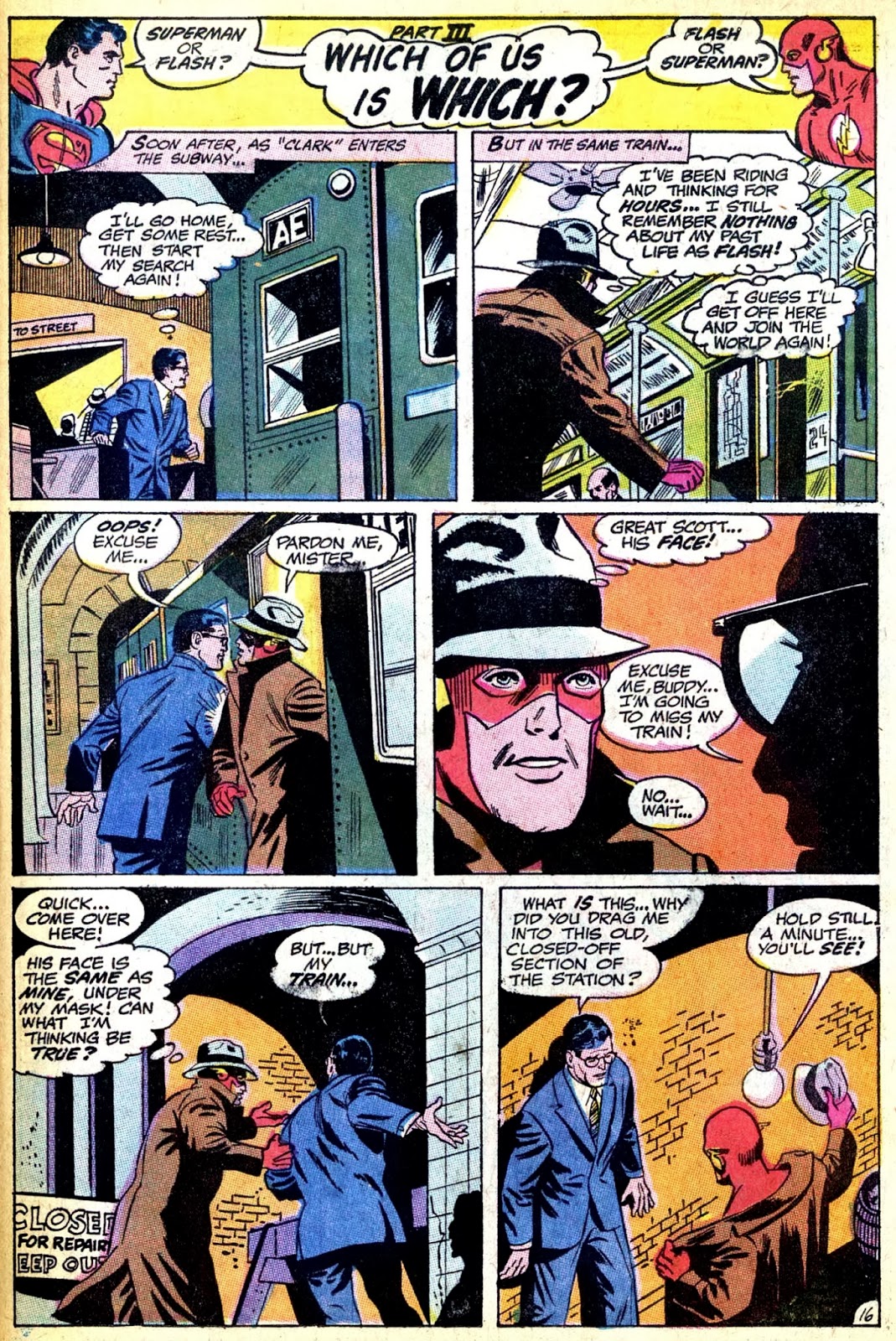 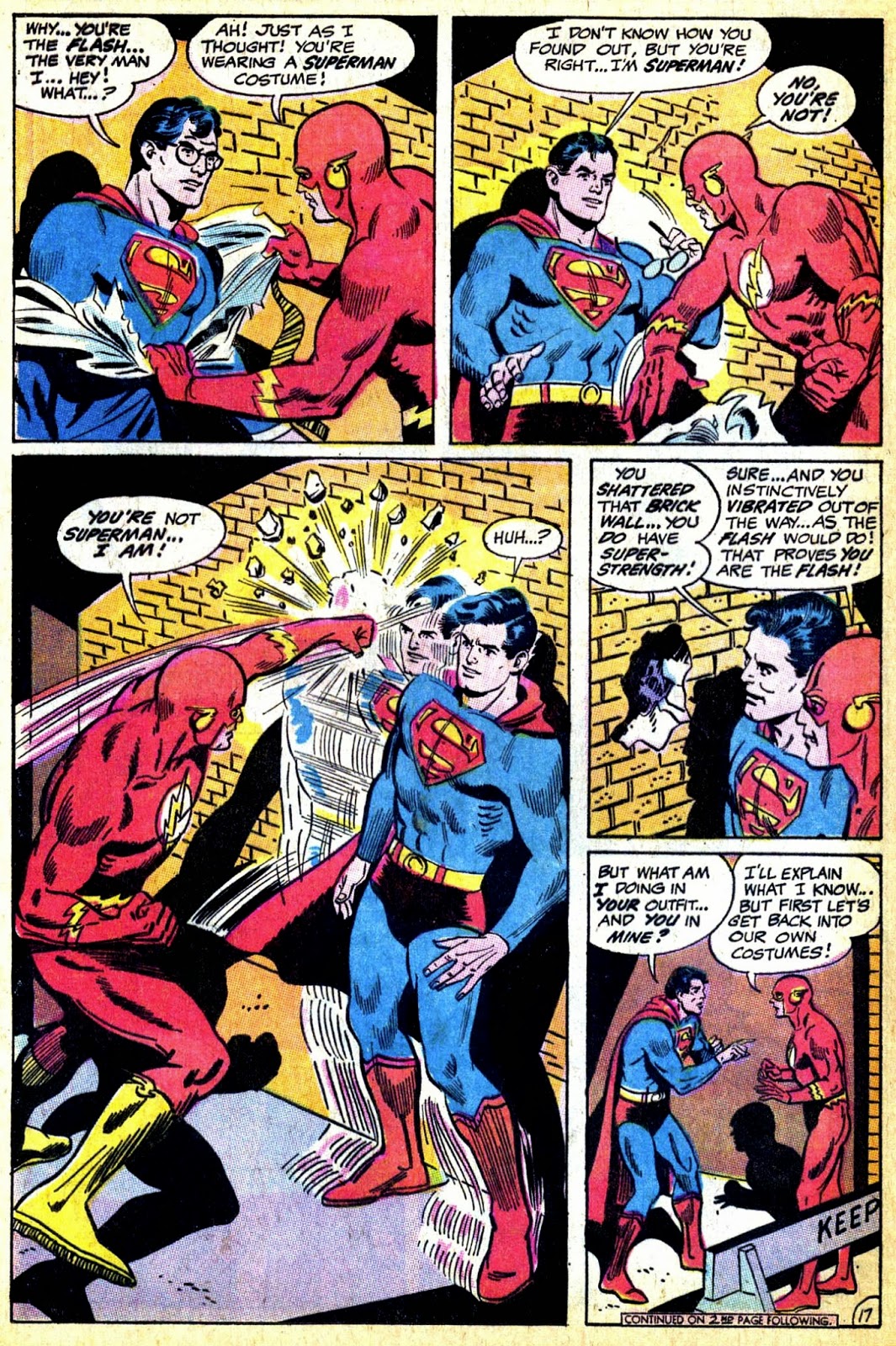 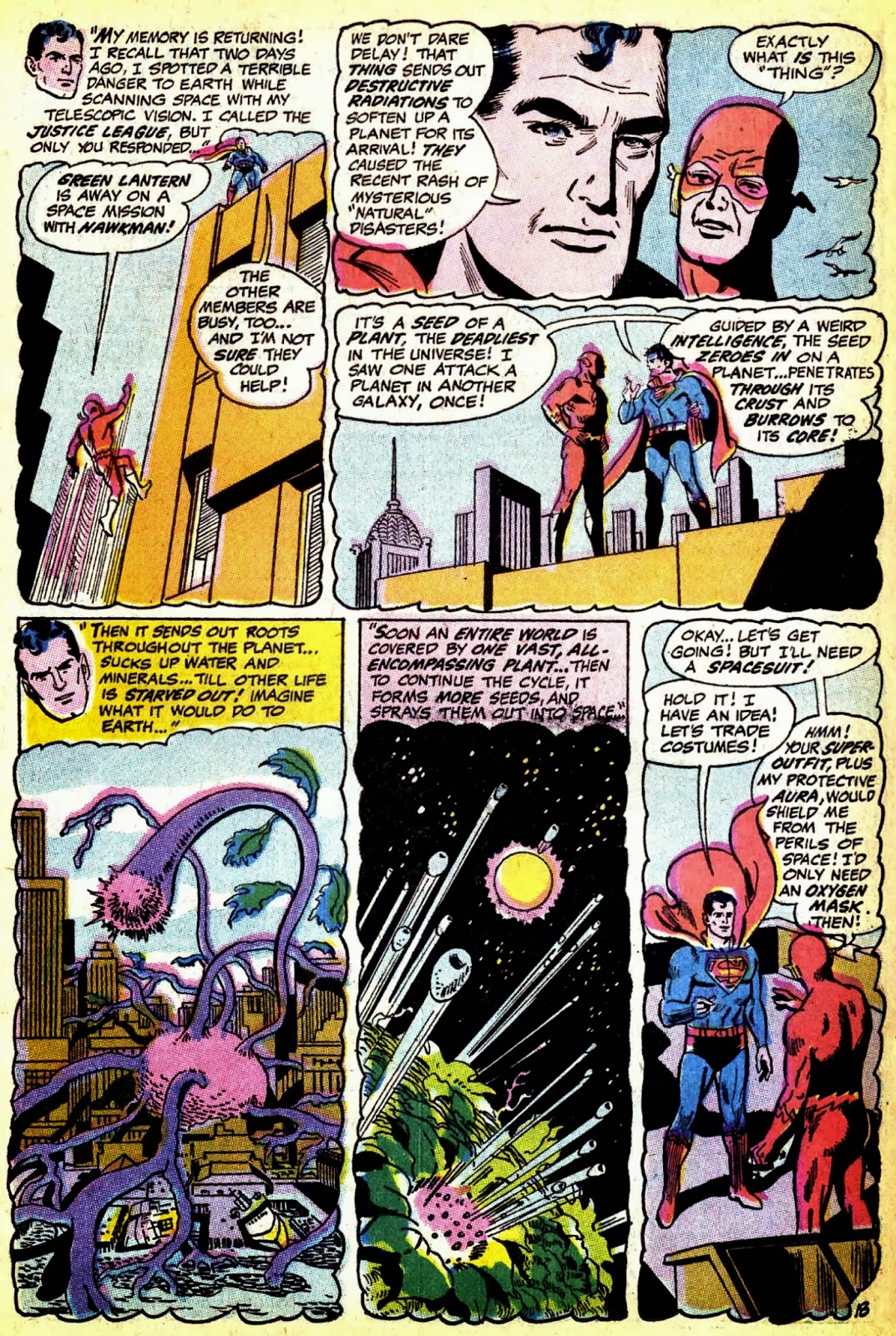 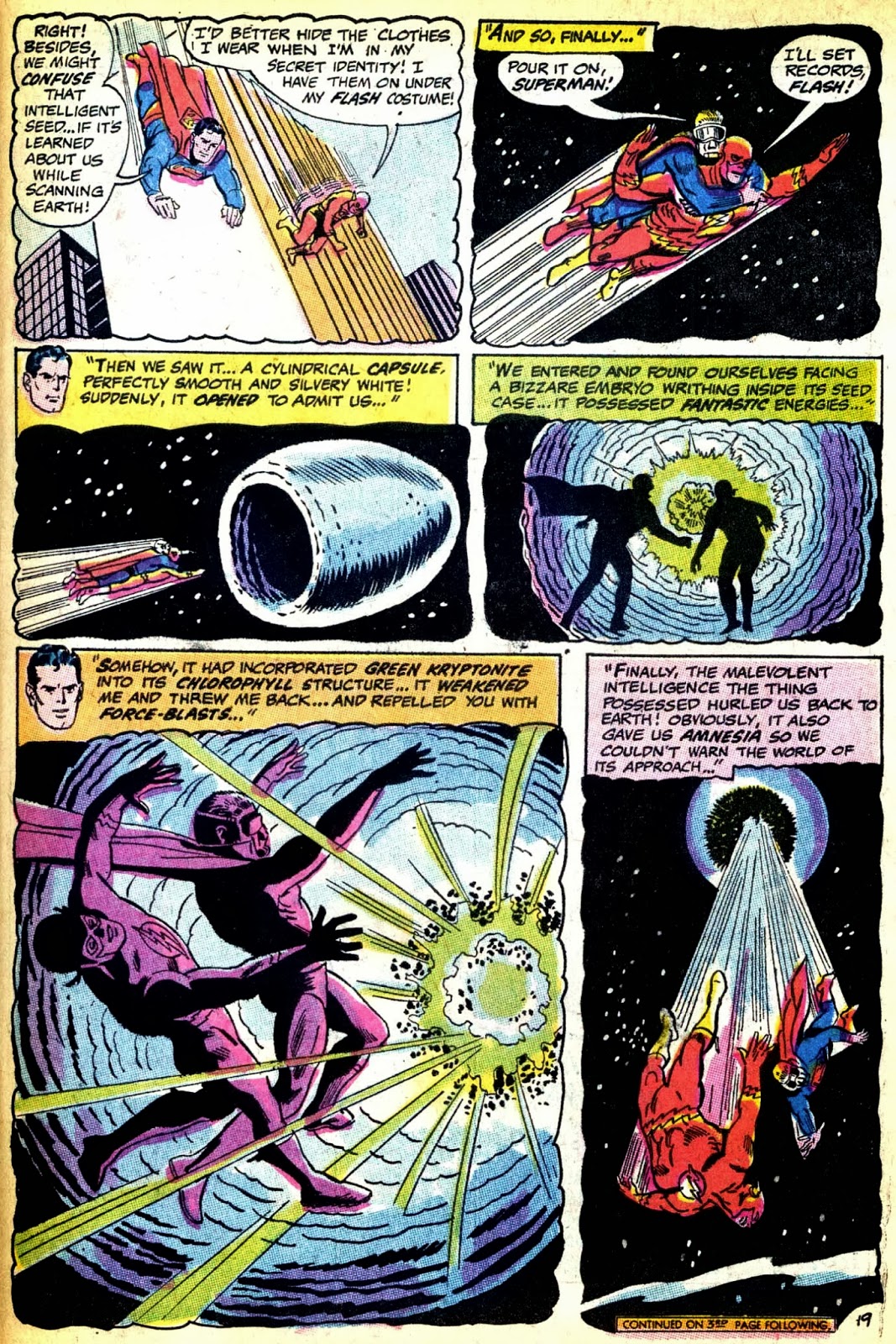 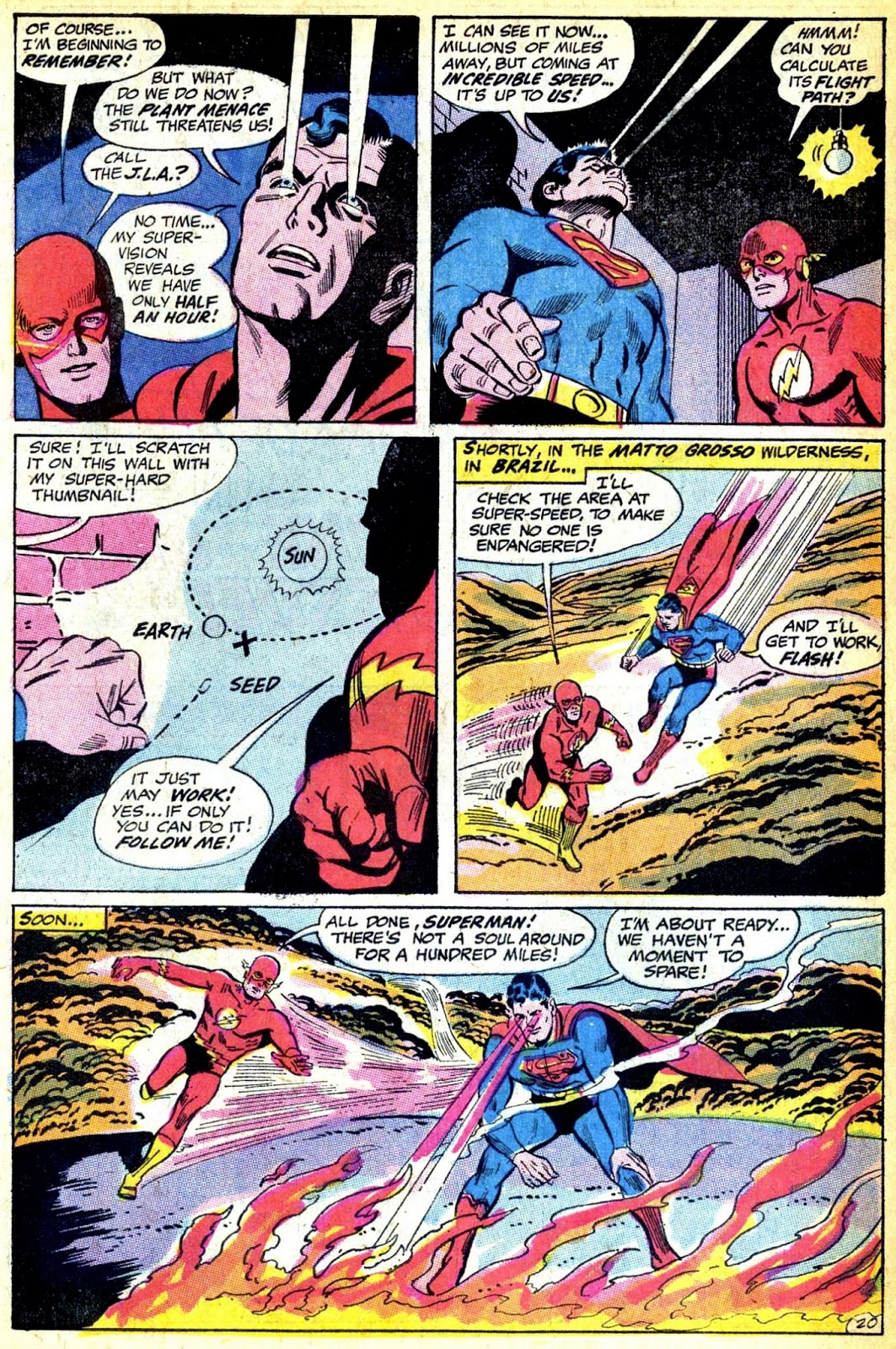 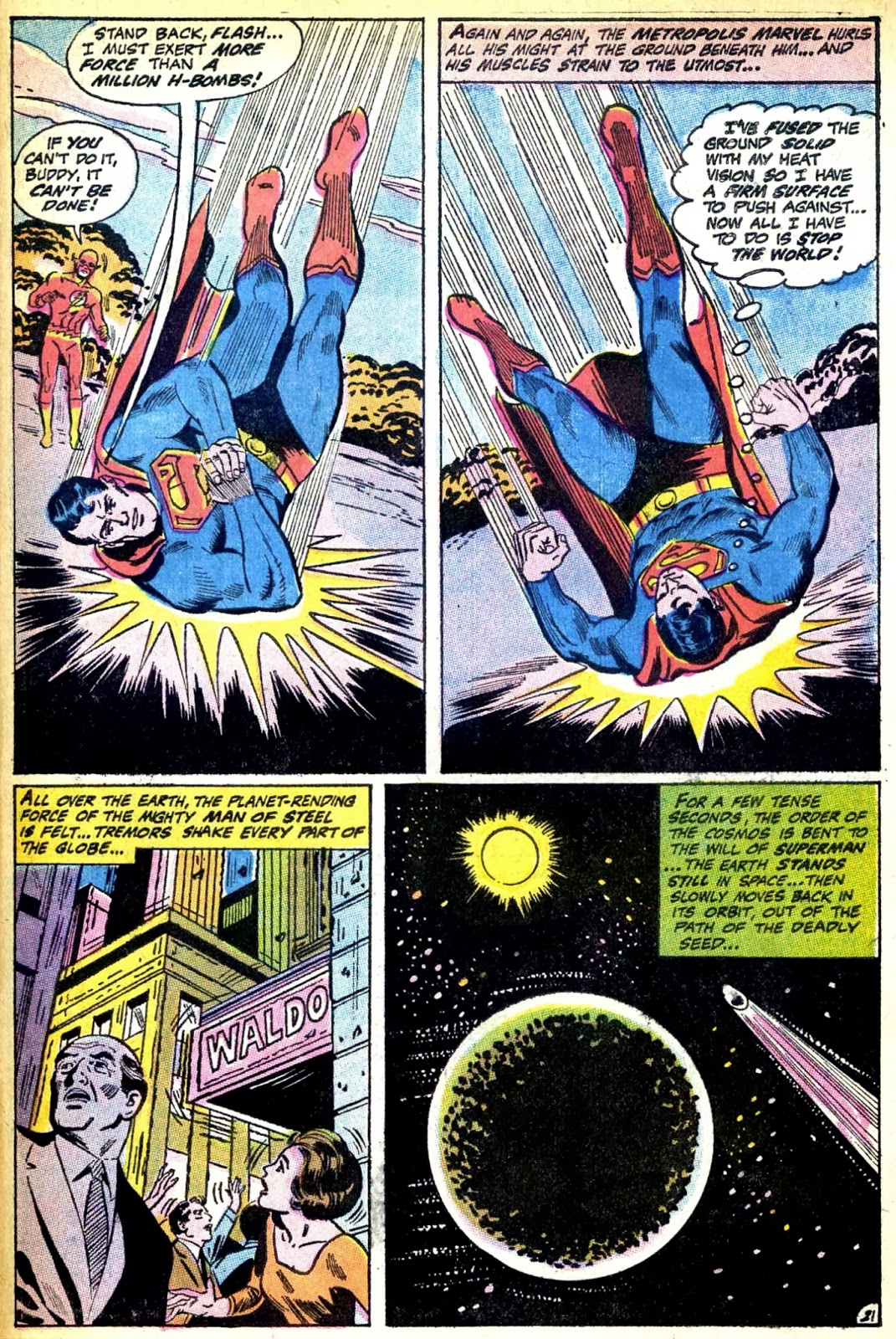 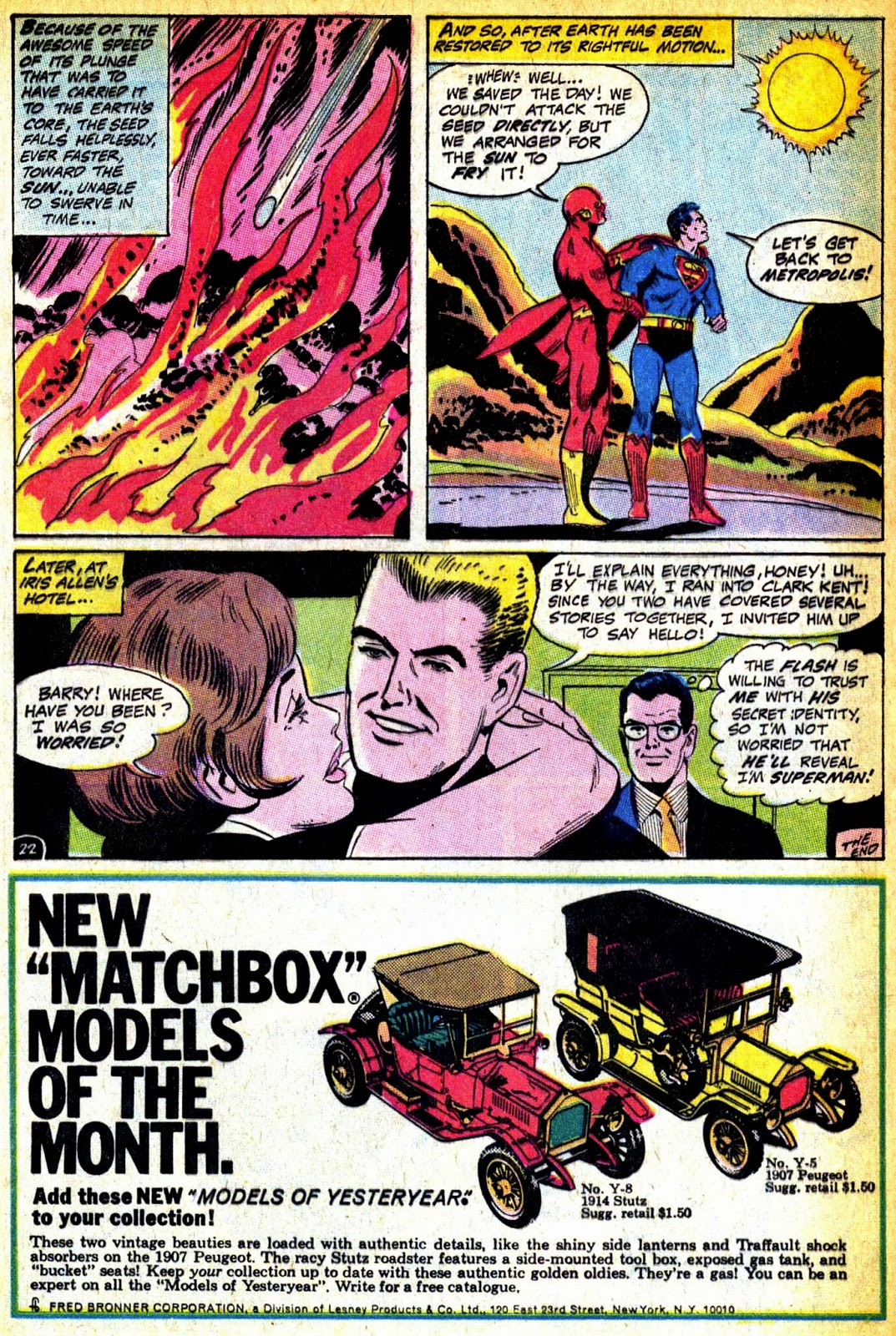 And all of Groove-dom thaks ya, Dave!
Posted by The Groovy Agent at 12:02 AM