Dig it, Groove-ophiles! Young Groove's introduction to the legendary Phantom Lady came in the form of a coverless copy of Adventure Comics #416 (aka DC 100-Page Super Spectacular # DC-10, January 1972) found in one of those cellophane-wrapped "comic packs" of three comics for a quarter. I chanced upon that particular ish in the spring of 72. I don't remember what the other two comics were in that pack, but a whole 100 pages of super-heroines definitely made an impression on Young Groove, 'cause I still have that tattered edition in my possession. Anyway, as I was saying, I don't know if I'd even heard of Phantom Lady before that time, and honestly, from reading Frank Borth's (Frank's the artist, the author is unknown) "Mystery of the Black Cat!" (originally presented in Police Comics #17, cover-dated March 1943), I'd never guessed she was famous for being on the front line of the "good girl comics" craze of the Golden Age. Borth's Phantom Lady was slim, svelte, and kinda put me in mind of Cher. I thought her story was kinda cool and creepy, but that's all. 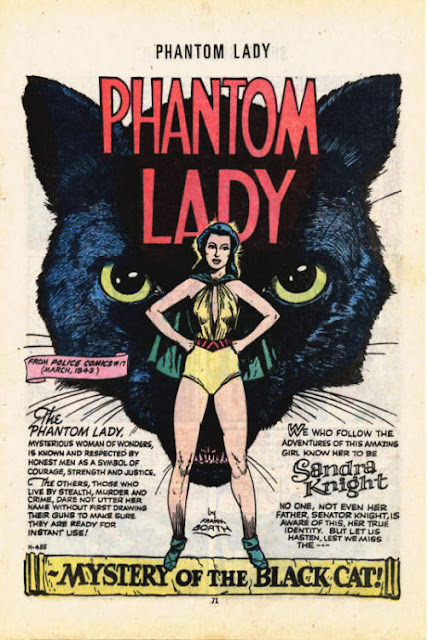 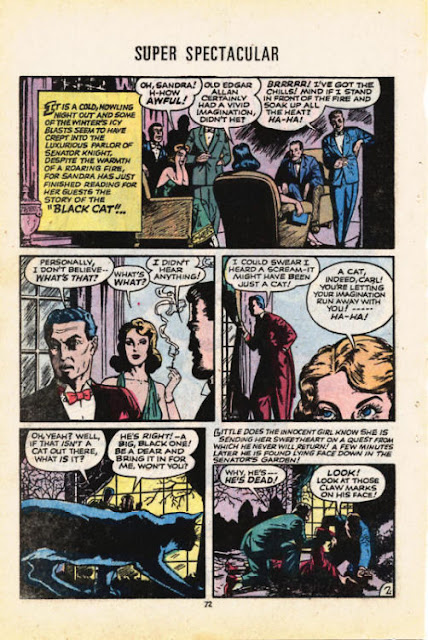 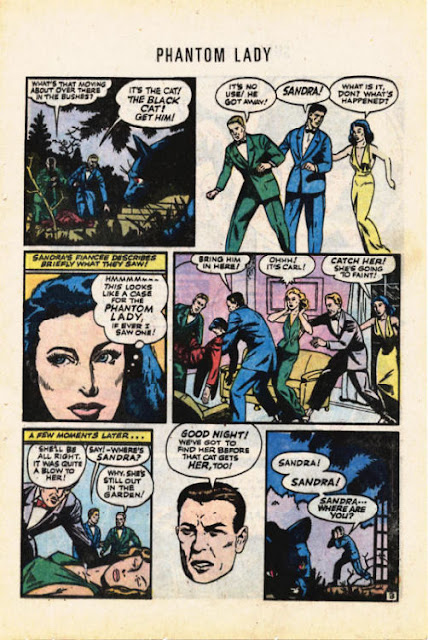 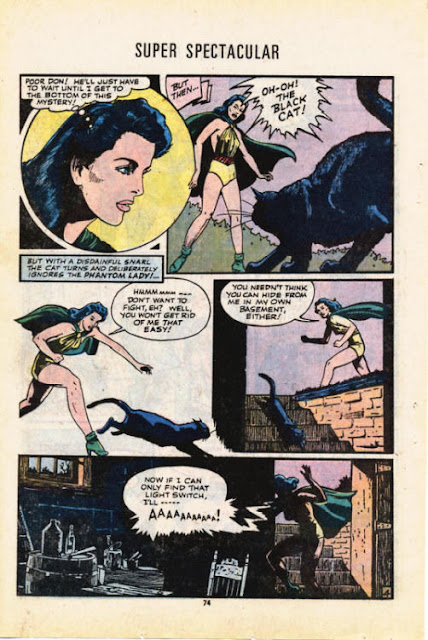 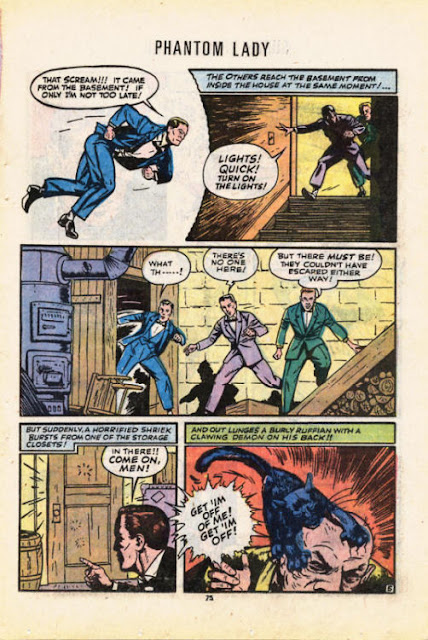 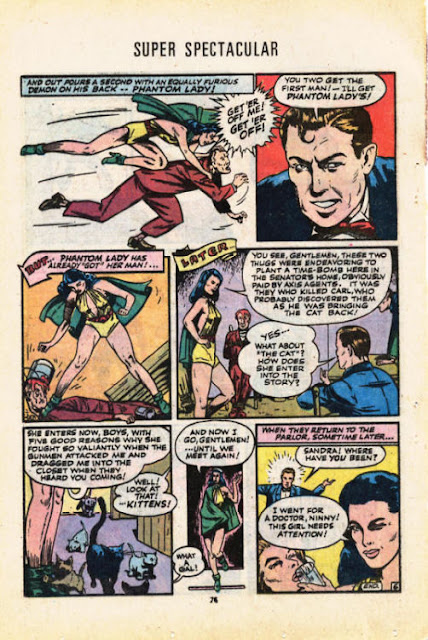 I do wonder if this (and the Super-Spec appearances of The Ray and the Black Condor) was to prepare us for the coming of The Freedom Fighters (the Quality heroes teaming up a la the JSA) that would turn up in the Justice League mag during summer of 73; the same debut that would lead to the short-lived FF mag that came out in 1976.
Posted by The Groovy Agent at 12:02 AM