(P)Raising Kane: "And a Child Shall Lead You!" by Thomas, Kane, and Adkins

Hey, hey, hey, Groove-ophiles! Yesterday we dug on DC's Captain Marvel (well, at least his junior side-kick), so today let's marvel at Marvel's Mar-Vell! Y'know, a lot of folks think Marv got his awesome red-and-blue uniform when Roy Thomas and Gil Kane took over with this ish (Captain Marvel #17, July 1969), but the truth is, our Kree captain got his new threads the issue before. Roy and Gil's masterstroke was merging Marv with Rick Jones in a sort of homage to Fawcett's original Captain Marvel (whom DC would later publish as Shazam! as we just saw yesterday. Oh, and check out the colors Rick wears starting with this ish and compare 'em to Billy Batson's duds if ya don't believe me!) As great as Roy is, Gil Kane (aided and abetted by inker Dan Adkins) is the real draw here. Kane's long, lanky, powerful figures are in constant motion, and his action sequences are mind-boggling (to say the least). Plus, he gets to draw Captain America (okay, so it's rarely really Cap, but still...), some Avengers, and the Hulk for a few panels, so, ya know, this is one special mag! 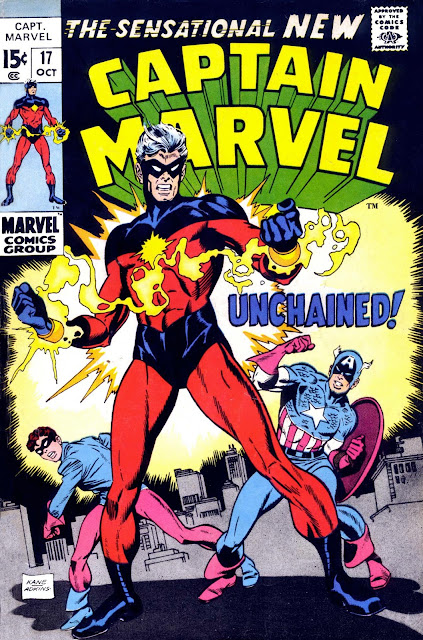 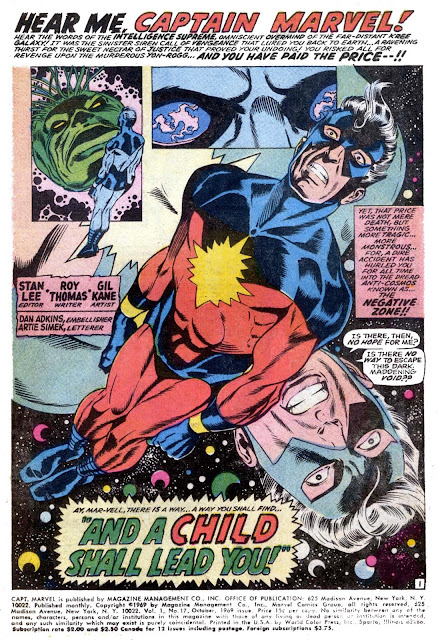 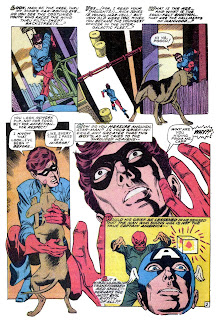 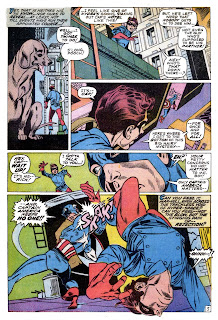 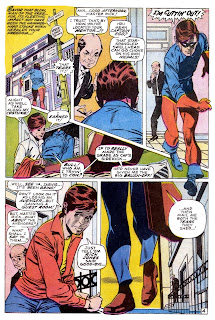 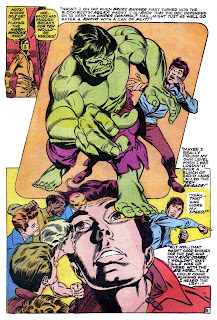 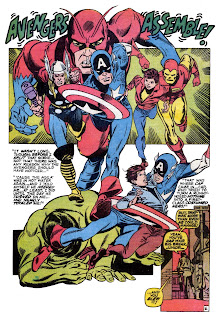 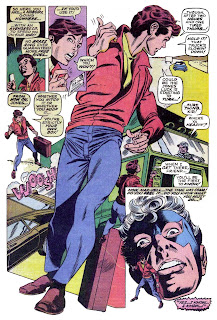 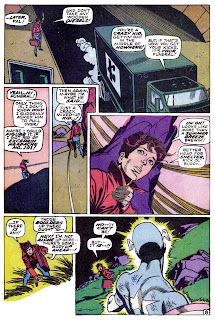 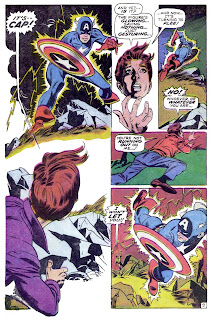 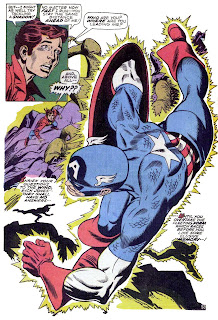 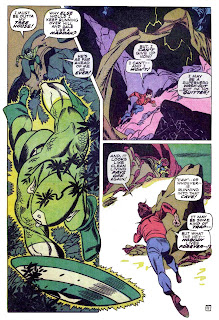 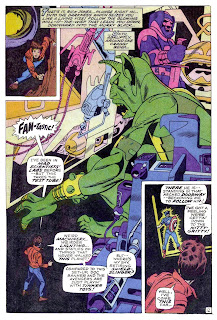 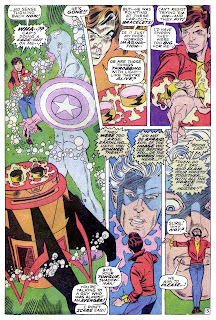 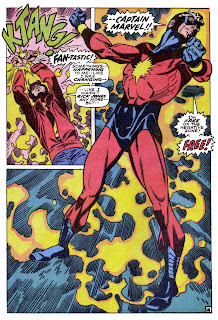 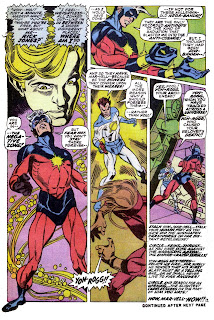 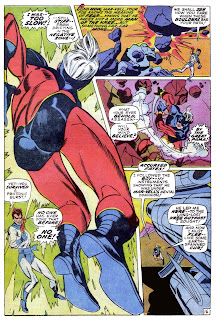 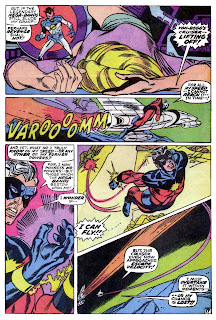 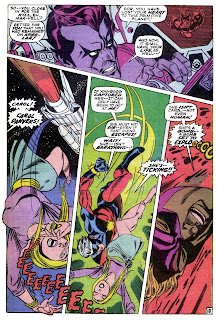 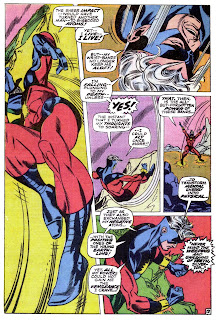 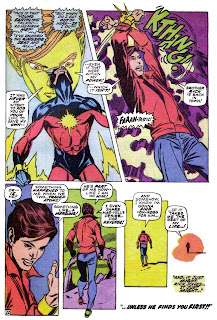