Our Pal Sal: "The Dreams of Death!" by Englehart, S. Buscema, and McLaughlin

What it is, Groove-ophiles! For about 40 issues, Our Pal Sal was the mainstay artist on the Defenders. Writers and inkers (great ones!) came and went, but Sal kept pushing that pencil to tell give us the adventures  of the world's greatest non-team. Sal is a huge part of why the Defenders was a must-read for yers trooly, along with a goodly portion of Marveldom Assembled. For ish number 6, Sal was joined by writer Steve Englehart, whose story kinda pointed the way toward the far-out types of tales that Steve Gerber would lay on us a couple'a years on down the road. The tone, the motives, personality, and plans of villain Cyrus Black, along with a plot that hinges on the existential angst (and madness) of our baddie is the type of thing we'd eventually get on an even wilder level from Gerber's versions of the Headmen and Nebulon. Oh, and this is a rare Hulk-less ish of the Defenders, leaving much of the spotlight to fall on The Silver Surfer. From March 1973, here's "The Dreams of Death!" inked by Frank McLaughlin... 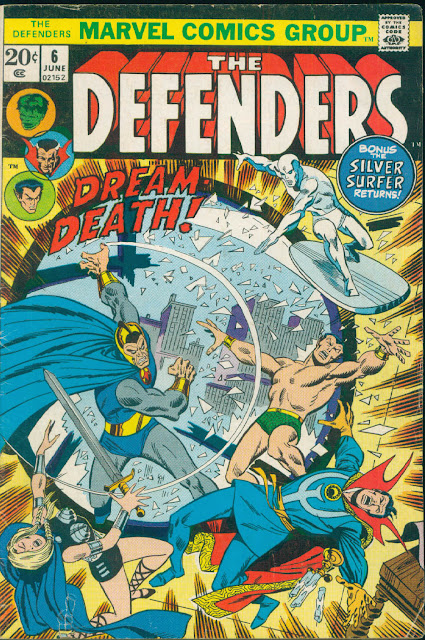 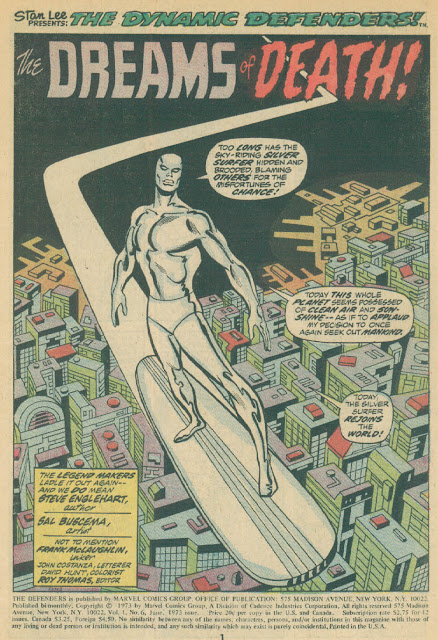 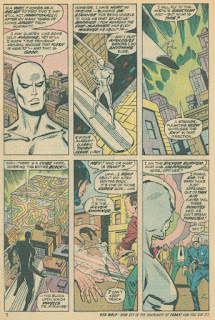 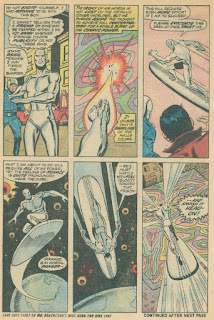 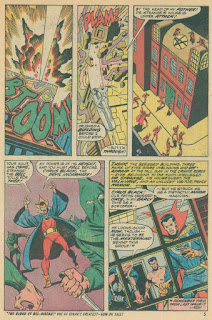 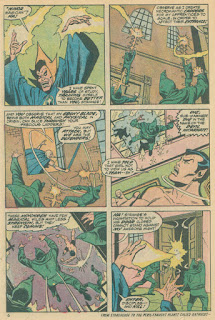 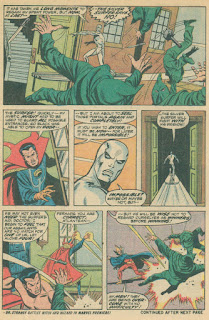 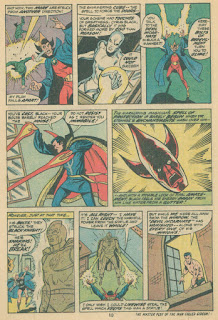 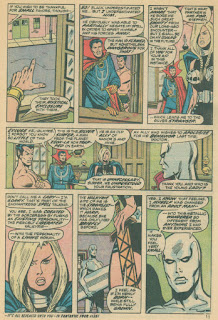 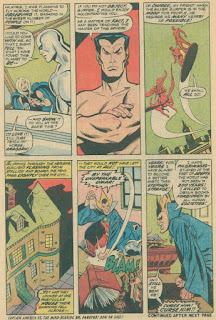 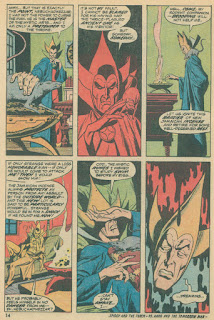 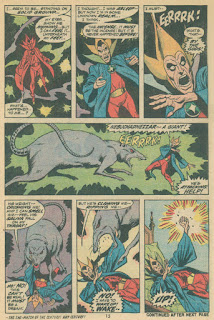 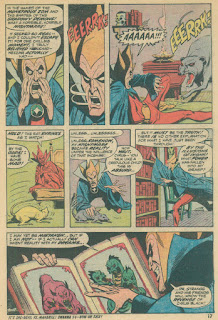 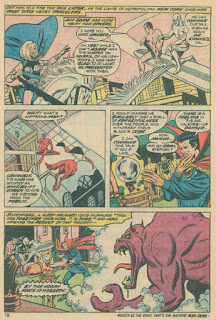 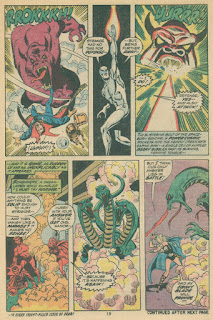 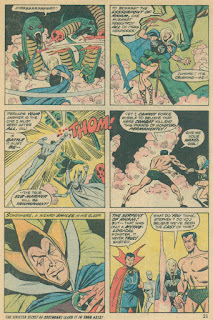 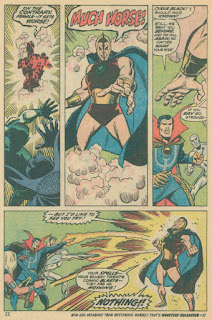 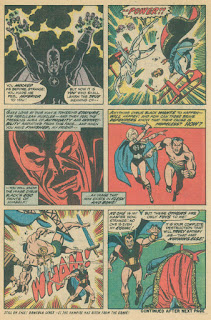 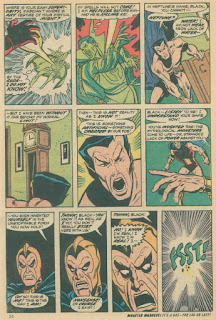 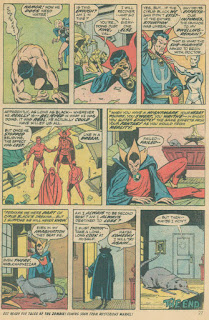