Okay, Groove-ophiles! Here's the big Web of Horror blow-out I promised ya last Wednesday! First up, how about a cover round-up, with Jeff Jones' ish #1 cover, followed by Bernie Wrightson's stunner for WoH #3? 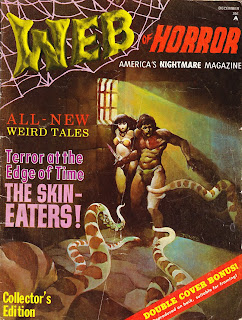 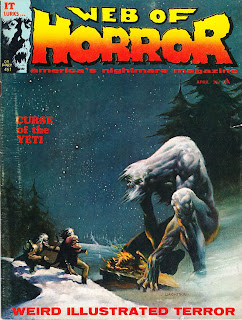 Gassers, huh? Now, dig the Bernie Wrightson art on "The Game That Plays You" from WoH #1! 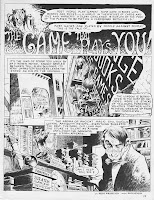 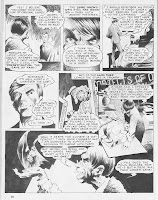 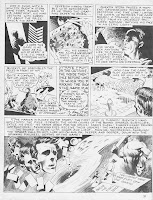 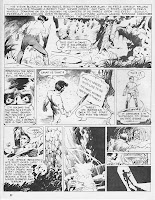 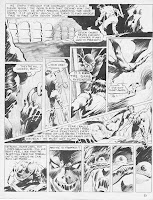 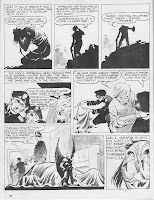 Now, I don't know about you, but Ol' Groove really, I mean REALLY digs the art of Ralph Reese. His art puts me in mind of a younger, hipper, trippier Wally Wood in a lot of ways. And why shouldn't it? Reese started working for Woody when he was about sixteen years old! The strips you are about to read were illustrated by one of the most talented teens to pick up pen and pencil, baby! Yeah, Reese went on to bigger and better venues (National Lampoon, Esquire), and his art got even better (he spent time honing his craft in the Underground Comics as well as at Neal Adams' Continuity Studios), but dang, man! First up, from WoH #1, here's "The Skin Eaters" written by Terry Bisson! 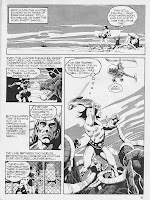 The next two strips are written by the immortal Otto Binder. "Man-Plant from the Tomb" (from WoH #2) and "Curse of the Yeti" (from WoH #3). Captain Marvel was never like this... 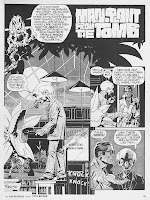 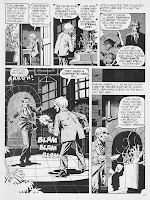 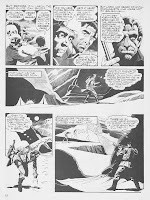 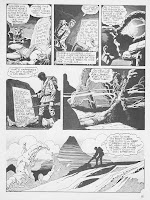 Speaking of Woody-disciples, here's an early strip by Wayne Howard. This is one of his earliest professional art jobs. Howard, by the by, started in comics working for Will Eisner, then worked for and got good enough to actually ghost for Wally Wood. A couple years after this strip, Howard started a long, fruitful relationship with Charlton Comics, where he was awarded his own mag, the great Midnight Tales. Oh, yeah, Ol' Groove'll be covering Midnight Tales and Wayne Howard in the near future, bet on it! Meantime, from WoH #1, here's Howard's "Growth" written by another Charlton super-star/Wally Wood alumnus, Nick Cuti! 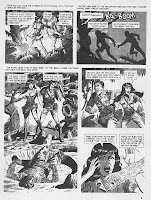 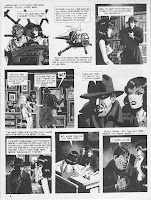 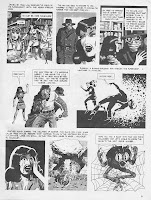 Here's a treat I should'a tricked ya with at Christmas--the comicbook debut of far-out Frank Brunner! Check out "Santa's Claws"... 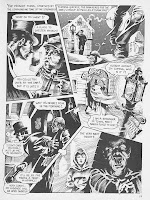