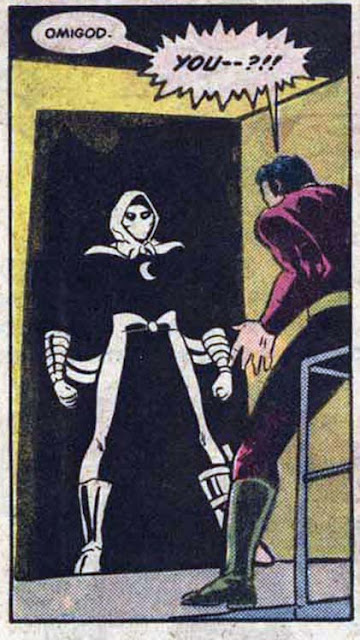 What it is, Groove-ophiles! Today, Ol' Groove's layin' a whole new semi-series on ya, "Far Out Threads, Man!" In the FOTM posts, we'll be looking at some of the best costumes created during the Groovy Age--when heroes were heroes and looked the part, baby! Back then, our heroes weren't ashamed to let their underwear hang out, put their initials on their chests, or let their capes flap in the breeze. Superheroes were super, man! Glorious, colorful, and rarely realistic. And that, Groove-ophiles, is why yourz trooly luvs 'em!

Just for fun, let's start with the mysterious Moon Knight. I've already laid the behind-the-scenes creation of Moonie on ya here, so let's just dig on the sheer badness of our multi-identitied crime-buster's threads. Like f'rinstince penciler/co-creator Don Perlin's spruced-up design that appeared in Marvel Spotlight #'s 28-29 (March-May, 1976). When I saw that Klaus Janson-inked cover sitting in the old spinner rack, there was no way that quarter was staying in my pocket! 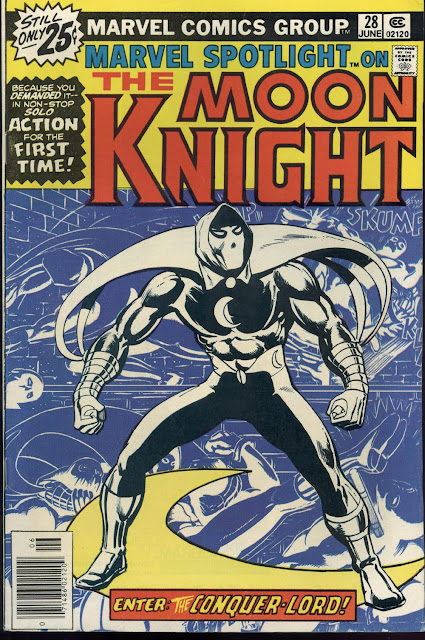 The black and white motif, the hood, and that funky glider-cape blew Young Groove's mind. It was kinda weird, yeah, but the originality and functionality of the whole thing made it so doggone cool! Just check out how well Keith Giffen and Mike Royer put it to use... 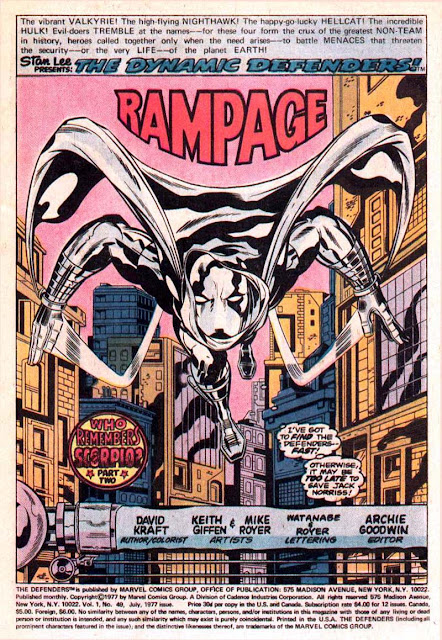 For some reason, in Moonie's back-up feature in The Hulk! #12 (cover dated December 1978), Marvel decided to have artist Keith Pollard dump MK's glider cape and replace it with a long, flowing cape a la The Batman (adding fuel to the "Moonie's Marvel's Batman" controversy). The bottom of the cape was supposed to be shaped like a crescent moon. T'was a cool idea, but sometimes artists remembered it, but sometimes they forgot. 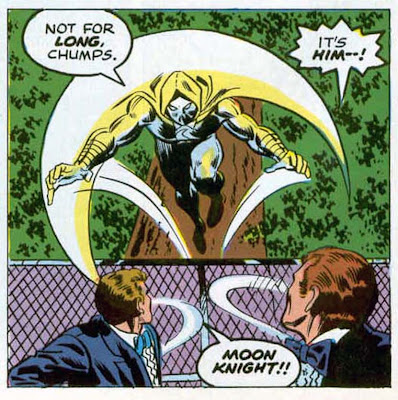 Teen Groove never dreamed Moonie could look any cooler, then some new dude named Bill Sienkiewicz took over the strip with The Hulk! #13 (cover-date February 1979). In Bill's hands, MK blew the top offa the cool-o-meter! 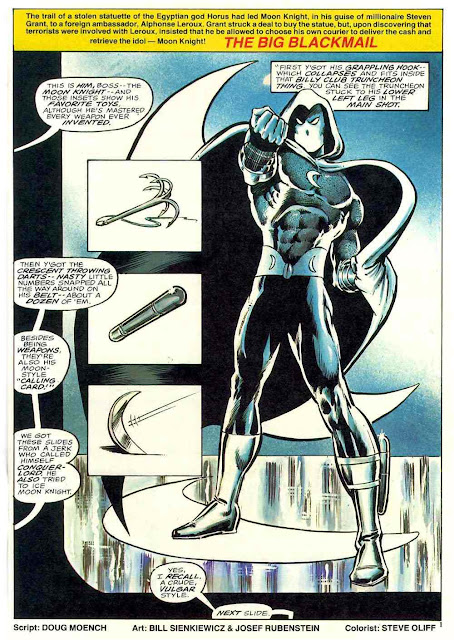 Of course, over the intervening decades, Moonie's costume has been tweaked and accessorized there and back again, and still one question remains: if MK's costume is "jet and silver", as author/co-creator Moench has stated in many a tale, what keeps happening to the "jet" part?
Posted by The Groovy Agent at 12:02 AM