Hey, hey, hey, Groove-ophiles! What better way to end the week than with some sensational splashes by Big John Buscema? Big John's run on Conan the Barbarian is considered by many to be the definitive version of Robert E. Howard's greatest creation, and though Barry Windsor-Smith fan I most certainly am, 'tis hard for me to argue! Following is a mere handful, but a fragment--though the fragment on which the legend was built--of savage splashes, starting with Mr. Buscema's debut on Conan the Barbarian #25 (January 1973) through CtB #33 (September 1973), including his awesome double-page center-spread from ish 33--wow! 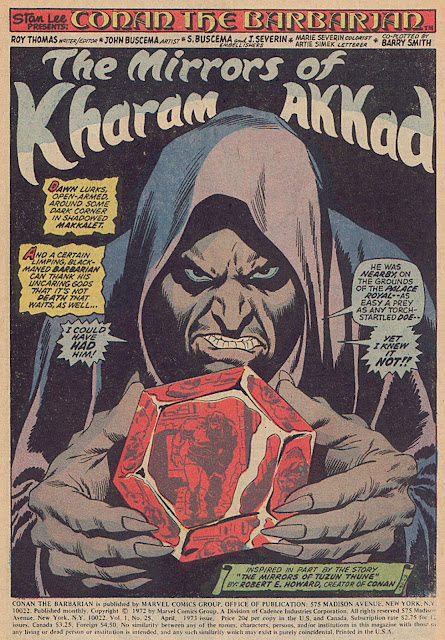 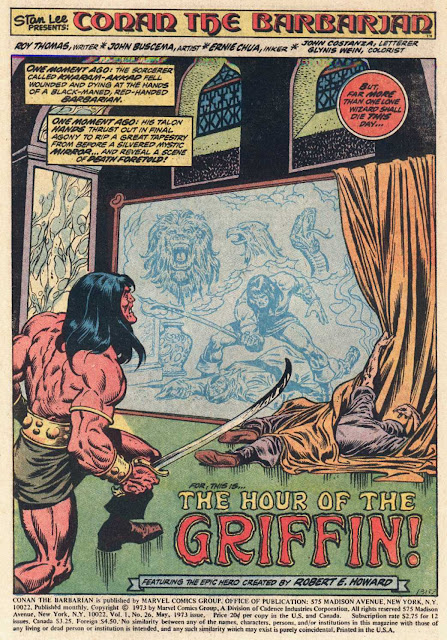 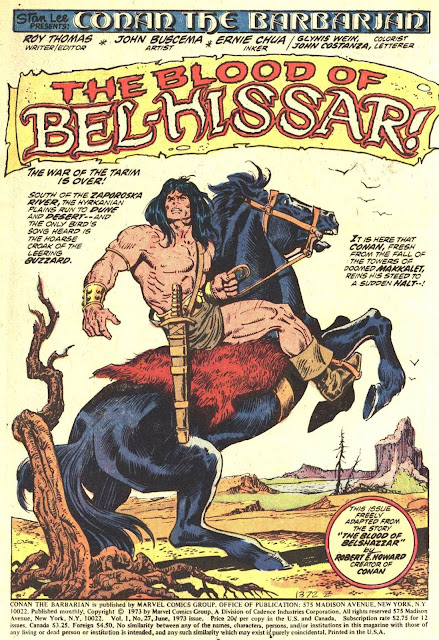 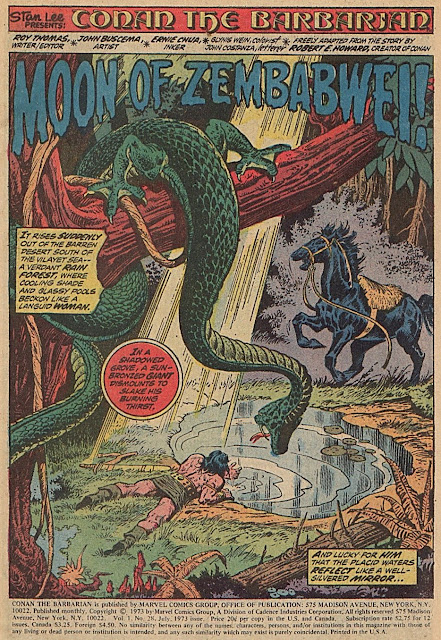 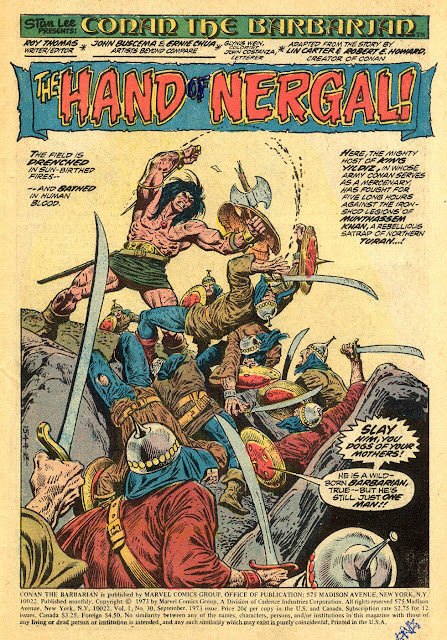 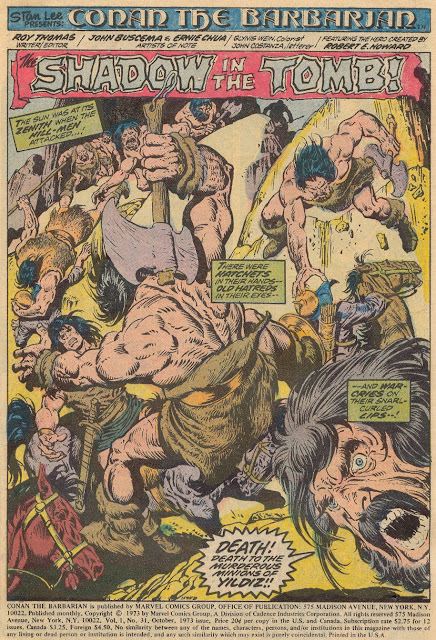 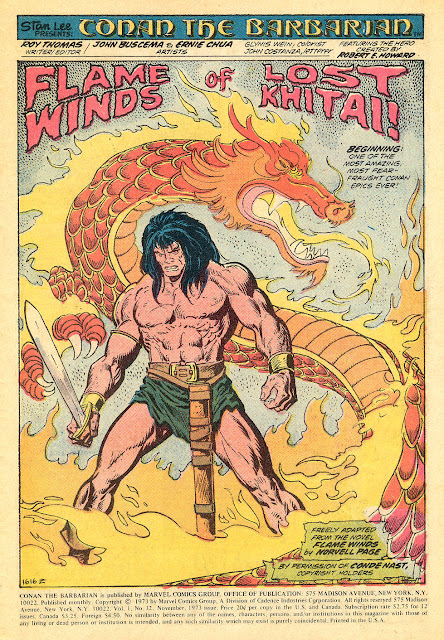 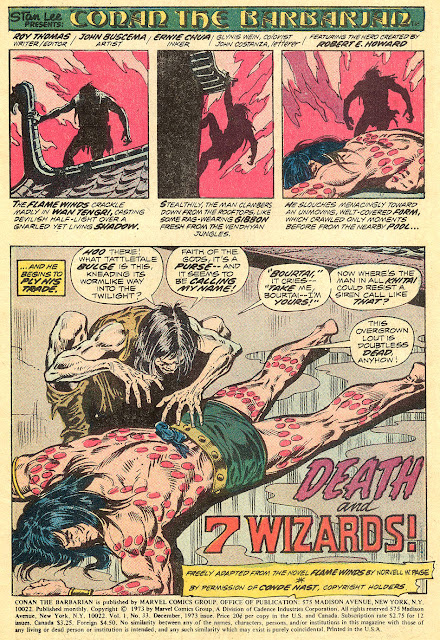 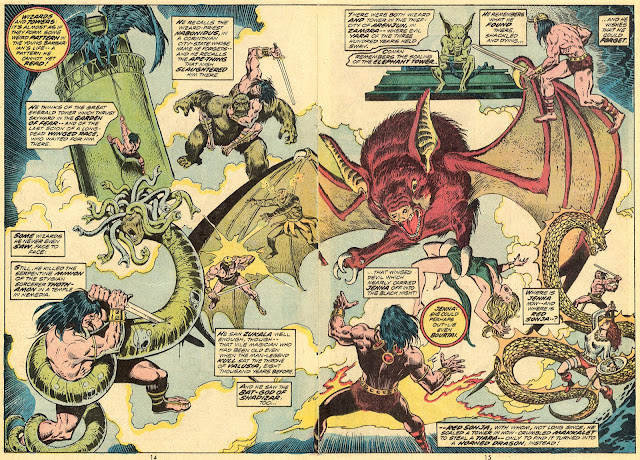 And yeah, those inks by brother Sal and Ernie Chan (Chua) are pretty suh-wheet, too, aren't they?
Posted by The Groovy Agent at 12:02 AM