Groovy Guest-Post: "Under the Influence" by Gerry Giovinco

Check it out, Groove-ophiles! Among our beloved lunatic legion there roam actual, honest-to-gosh comicbook publishers! And not just any comicbook publishers, but guys like Gerry Giovinco and Bill Cucinotta (our very own "Anonymous Mr. Bill"), founders of the pioneering 80s comicbook company Comico the Comic Company (Where they discovered guys like Bill Willingham, Matt Wagner, and a few dozen other names you might know!)! Bill and Gerry have revived Comico as CO2 Comics, and Ol' Groove just knows Groove City wants to know all about what these groovy guys are generating. A couple of e-mail exchanges and SHAZAM! We've got a Groovy Guest-Post laying the CO2 Comics lowdown on us. Dig it!


Hey, hey, hey, Groove-ophiles! Boy that is sure fun to let out, but I have to admit I'm embarrassed by how hard it was to get my groove on to write this guest post! I needed more hair, a polyester shirt, plaid knit pants and a pair of blue platforms before flashing back to the seventies. What an era!

What an influential era for the makers of comic books! I entered my teen years in the seventies and was immersed in comics, mostly Marvel by preference. To this day whenever a "Classic Rock" tune is played I immediately smell the musty odor of 25 cent newsprint comics and wax nostalgic to dynamic images written and drawn by a list of comic legends that is so impressive we need a whole blog site like Diversions of the Groovy Kind to do them all justice.

It was a time in history where a kid like me, and there were many, could for the first time, imagine an exciting career making comic books. Early comic book conventions gave us an opportunity to meet our heroes, those that made the comics, and imagine ourselves in their shoes. They were real people. Genuine. And they took the time to encourage, critique and mentor enthusiastic aspiring comic creators like myself.

The young minds of the seventies, cultivated on a steady diet of comics,  met each other, came together and began a revolution fueled by the formation of the Direct Comic Market that would change the course of comics history. 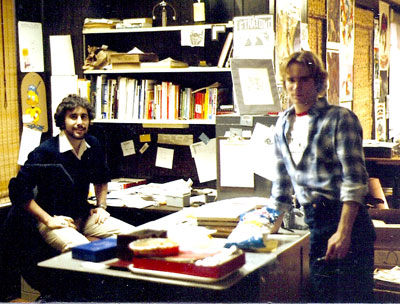 Bill Cucinotta and I were part of that movement when we came together as part of the co-publishing team of Comico the Comic Company. Our adventures as publishers back in the day are chronicled on the blog of our new venture CO2 Comics.

The following is a concentrated list of links of all things Comico for the true Groove-ophile to wallow in on a rainy day so be sure to bookmark this page.

Skip ahead thirty years to today and we are still influenced by that seventies era; still focused on the same things that motivated us as young publishers: diversity, quality and creators rights. CO2 Comics represents our new publishing approach to a new era with the same creative values that we always had; values that we learned growing up in the seventies, reading comic books.
Using today's technology we publish thousands of pages of FREE comics  on the internet that reach a global audience. We publish wonderful graphic novels in print  using Print on Demand services that allow us to sell our product directly to our readers. We are grooving on this new era of digital technology! 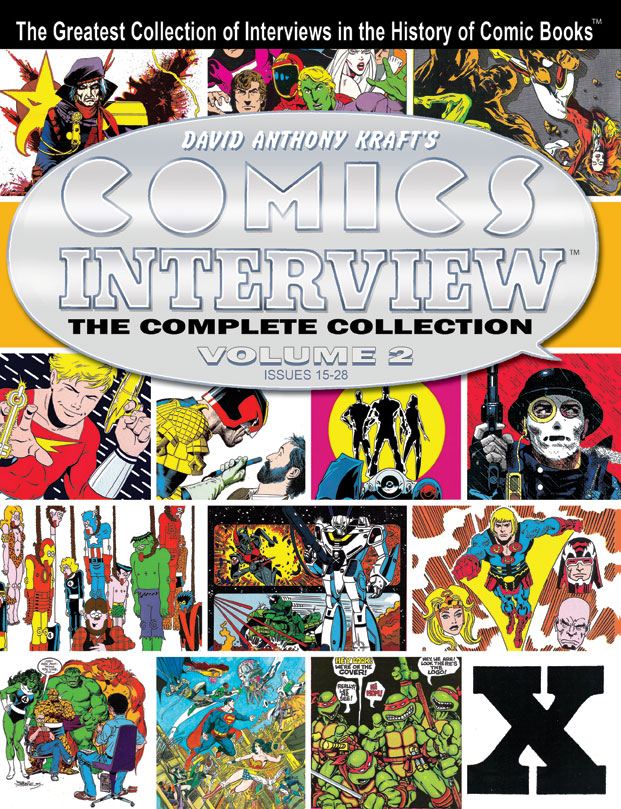 We hope that one of our greatest contributions will be the compilation of David Anthony Kraft's COMICS INTERVIEW The Complete Collection, www.comicsinterview.com an eleven volume set of "The Greatest Collection of Interviews in the History of Comic Books!" that compiles the entire 150 issue run of David Anthony Kraft's celebrated Comics Interview Magazine. Each volume contains over 600 pages of riveting history of the comic book industry. Currently the first two volumes are available featuring the first 28 issues of the magazine. Volume three is currently in production. 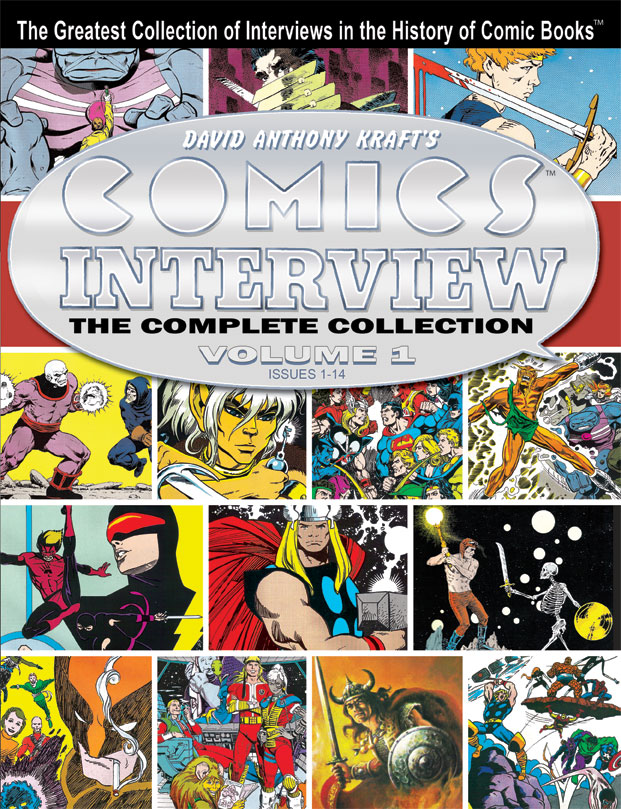 Many of the subjects whose interviews grace the pages had careers that dated back to the dawn of the industry itself, while others continue to work in the industry today. A portal to a  time at the center of the history of comic books, David Anthony Kraft's COMICS INTERVIEW The Complete Collection is an invaluable historical treasure and certainly one that will tickle the nostalgic nerve of every Groove-ophile!

Thanks for the opportunity for the flashback and the plug. Sometimes we have to take the time to remind ourselves where we came from to understand exactly where we are going. We're all still groovin' on the influence of one of the greatest eras in comics so look out for what's ahead!

Gerry Giovinco
CO2 Comics
Posted by The Groovy Agent at 12:02 AM