Sorry for the rushed post, Groove-ophiles, but when I heard the news that Carmine Infantino has passed away, I had to put something together--and fast. Anyway, when I think of Carmine, I think of him as a great pioneer of the Golden and Silver Ages, but mostly I think of him as DC's publisher. During most of the Groovy Age, Mr. Infantino kept DC as fresh as it could possibly be. He gave us lots of cool formats (the 100 Page Super-Specs, the tabloid-size comics, etc.). He introduced tons of cool creators and characters (including Deadman and Bat Lash, which he had a direct hand in co-creating). He brought lots of far-out artists from the Philippines (Nino and DeZuniga, baby!). Mainly, (and this was a love-hate thing, I know) he brought Jack Kirby to DC. Things change, so by the late 70s Infantino was back out on the street as a freelancer, doing lots of work for Warren's b&w mags, and more importantly, lots and lots of Marvel mags. Now, this part of Carmine's career is much maligned and highly debated. Carmine was not a "Marvel guy" by any means. He tried, though. He did super-heroes like the Defenders, Daredevil, Spider-Woman, Ms. Marvel--you name it. But to me, Carmine didn't have to be a Marvel guy when he worked on Star Wars. Carmine and Star Wars were made for each other. Add awesome author Archie Goodwin and inkers like Bob Wiacek and Gene Day, and Infantino shone as brightly as a star from a galaxy far, far away. Check out just a few of his Star Wars splashes and see what I mean... 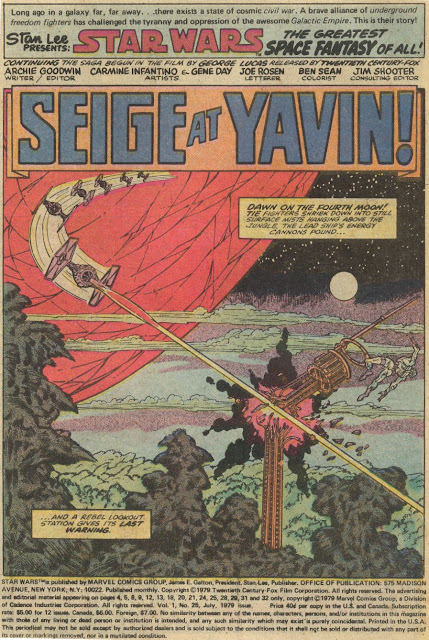 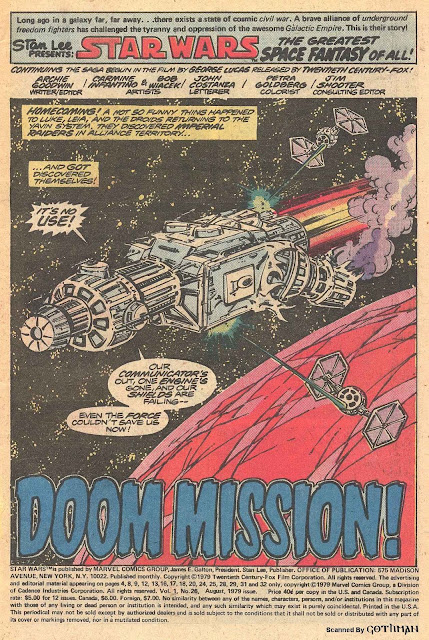 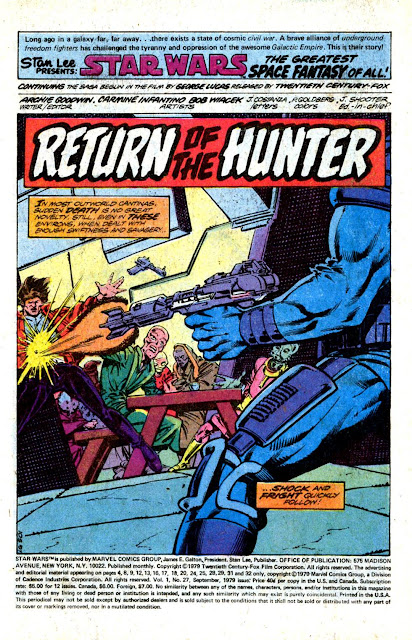 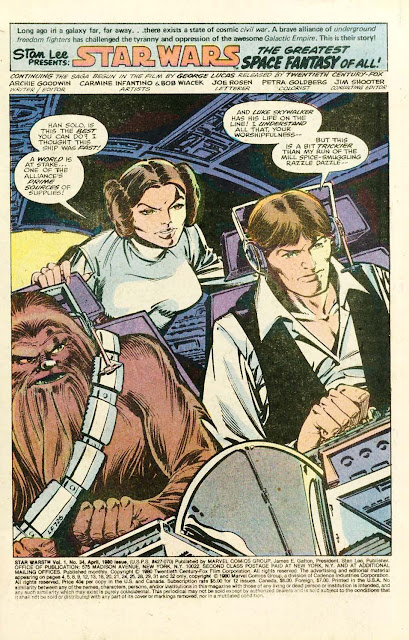 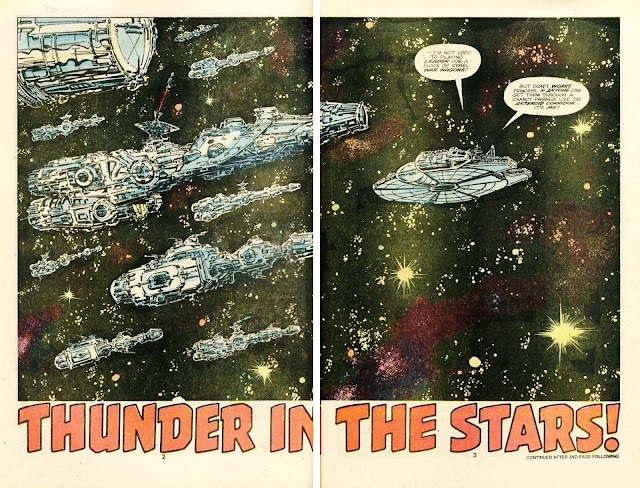 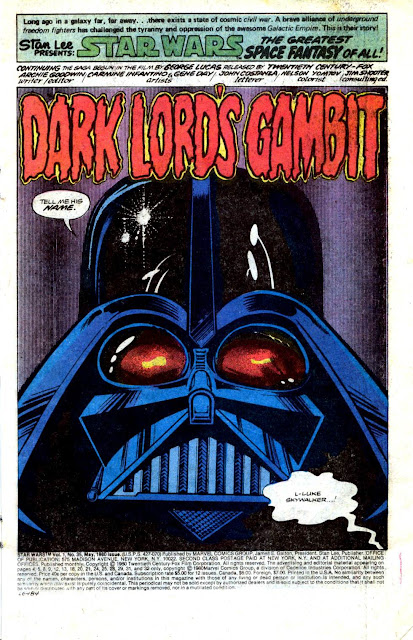 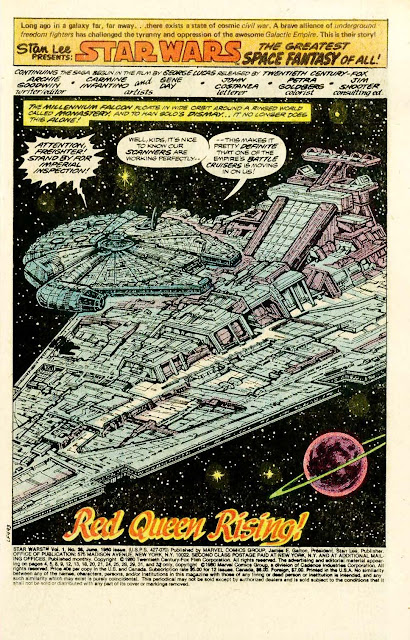 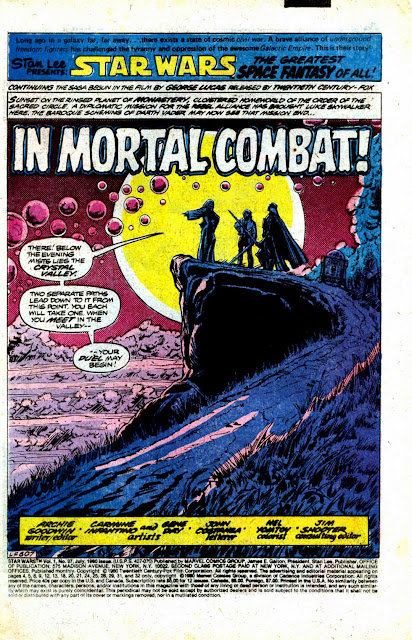