Metal Mondays: "The 'X' Effect" by Conway and Simonson

It's a warm spring day in May, 1976. You hit the local convenience store, step up to the spinner rack, and hope to find something really cool. Would a bunch of colorful robots (including one who looks like he's getting his guts squeezed out!) in a free-for-all illustrated by Walt Simonson grab your attention? Of course it would, you're breathing, aren't ya? Thirty cents and a penny or two for tax later, you're digging Metal Men #47, written by Gerry Conway with even more amazing art by Wild-n-Woolly Walt! (Notice he's not coloring or lettering this ish--according to the letter's page, they handed those chores off to make sure Uncle Walt could get his art in on time...) Okay, I know it's just the first of March, and 2015 is nothing like 1976, but hey, comic mags are a type of time machine, aren't they? Take a trip back in time, Groove-ophiles, but watch out for..."The 'X' Effect!" 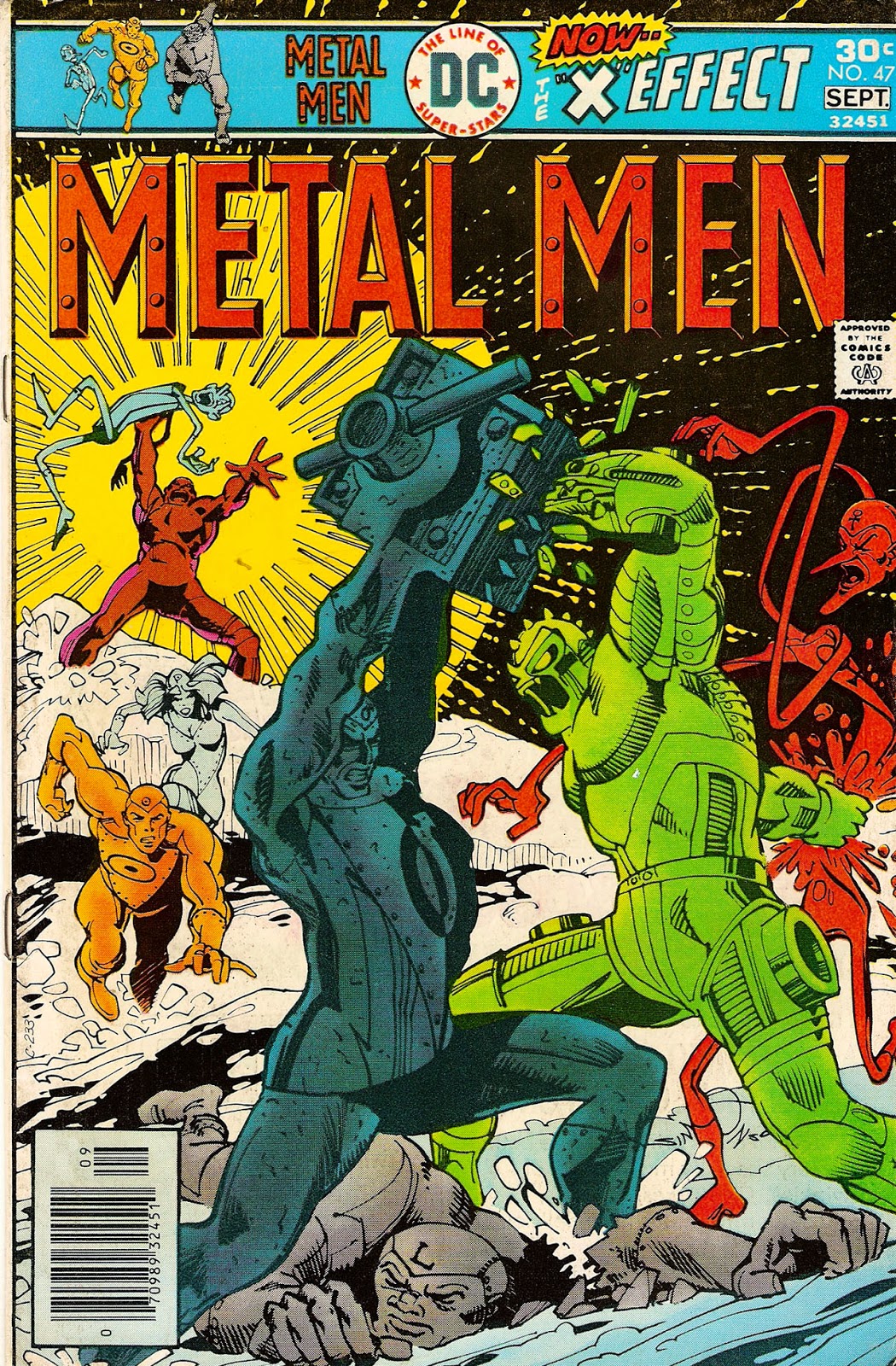 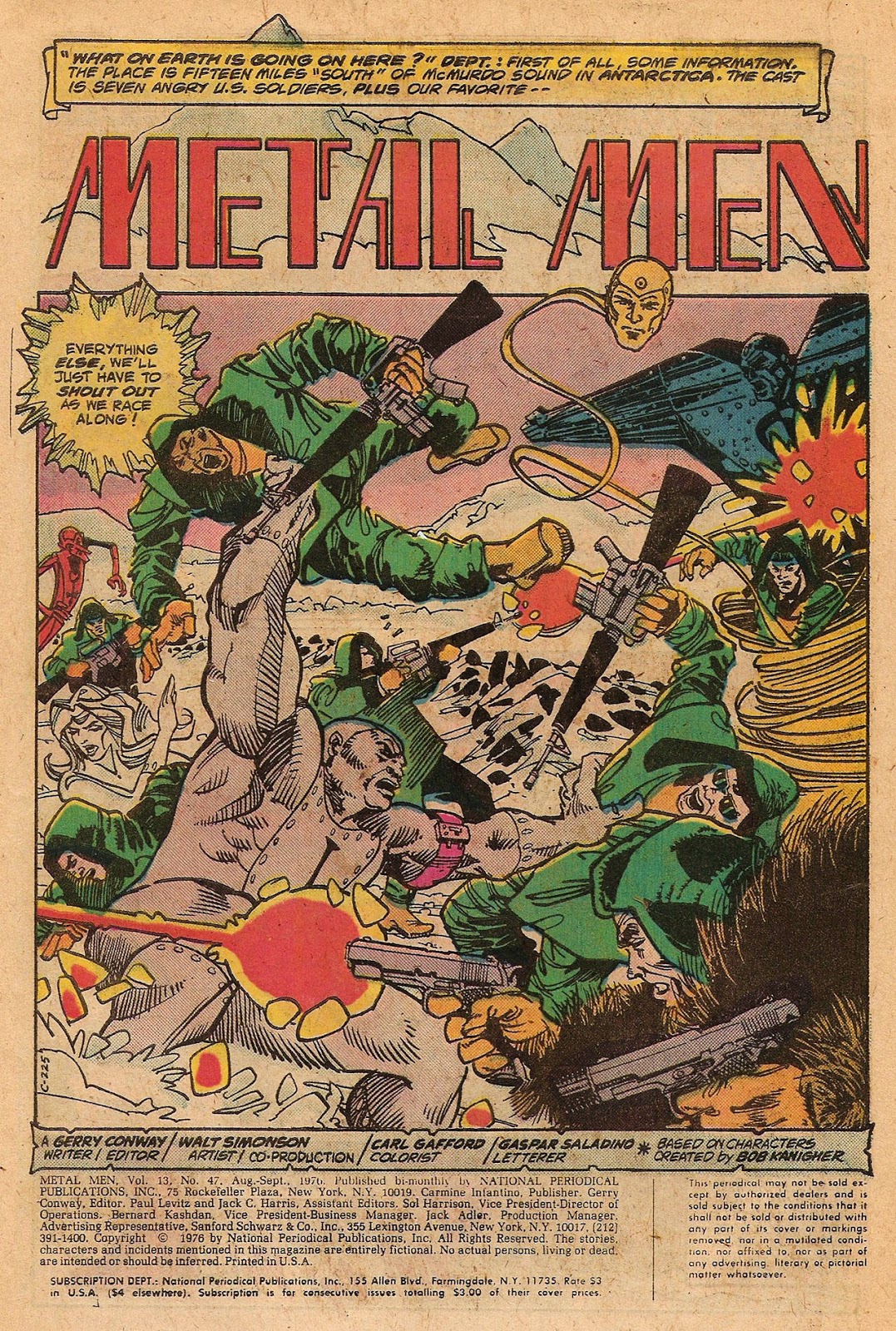 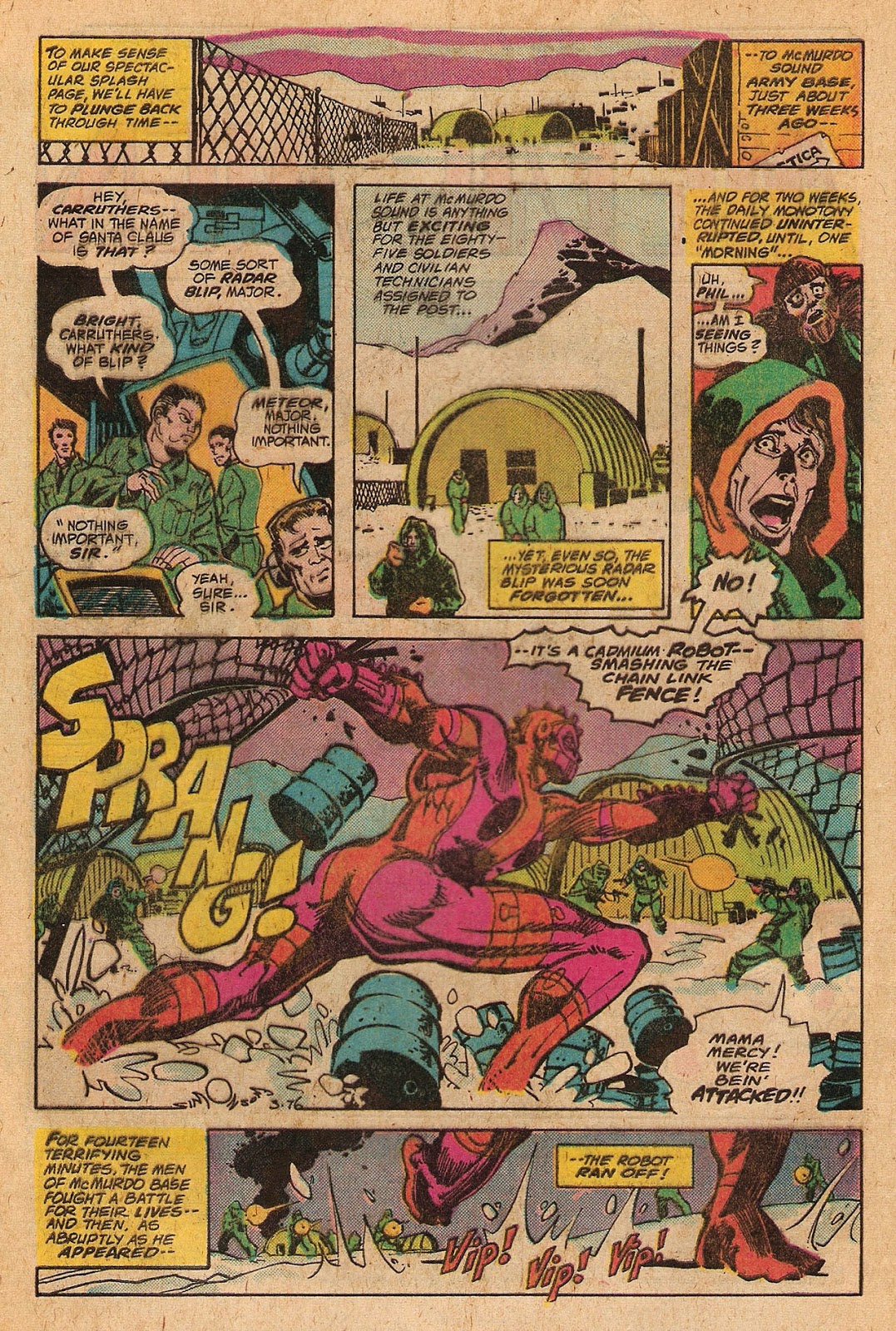 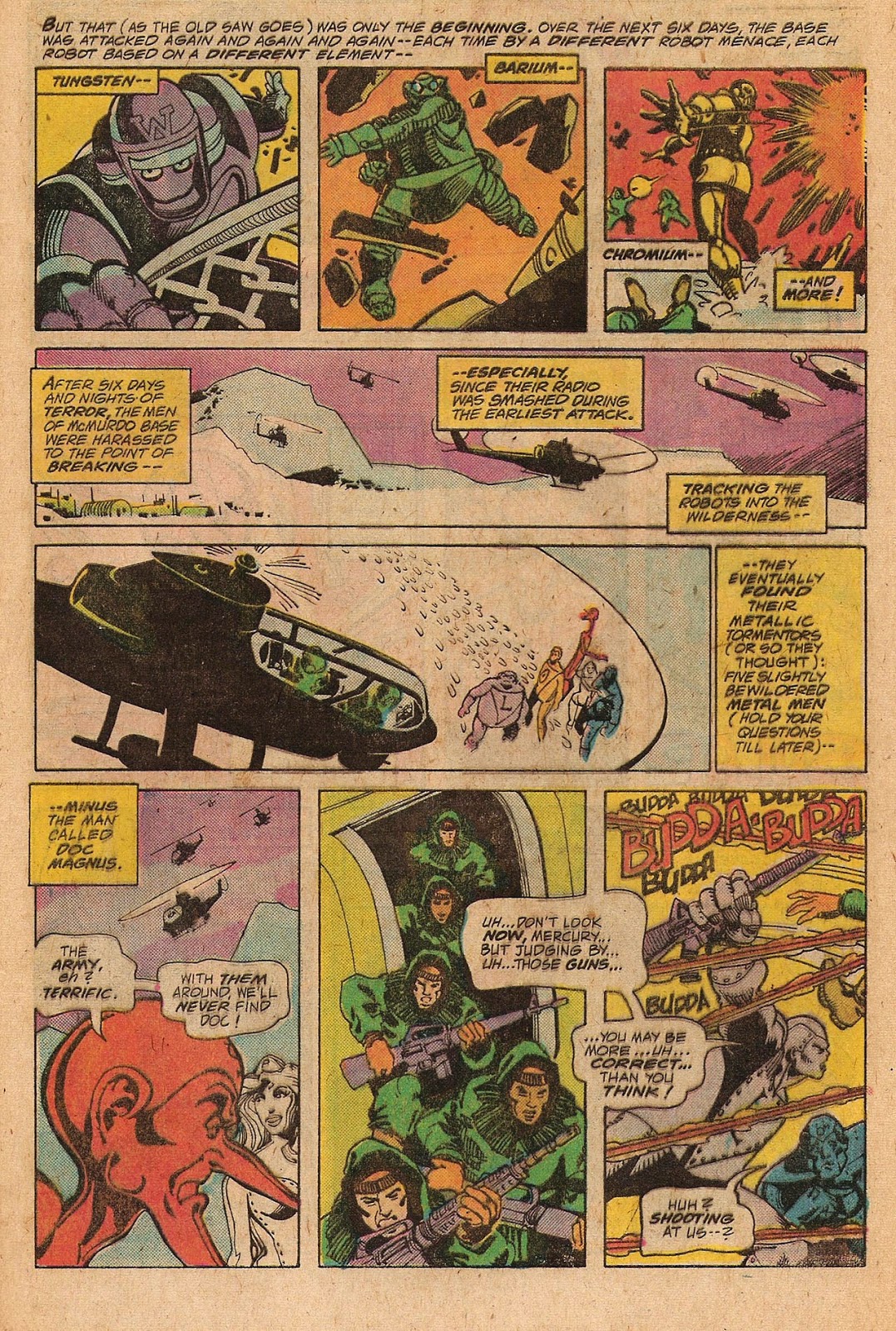 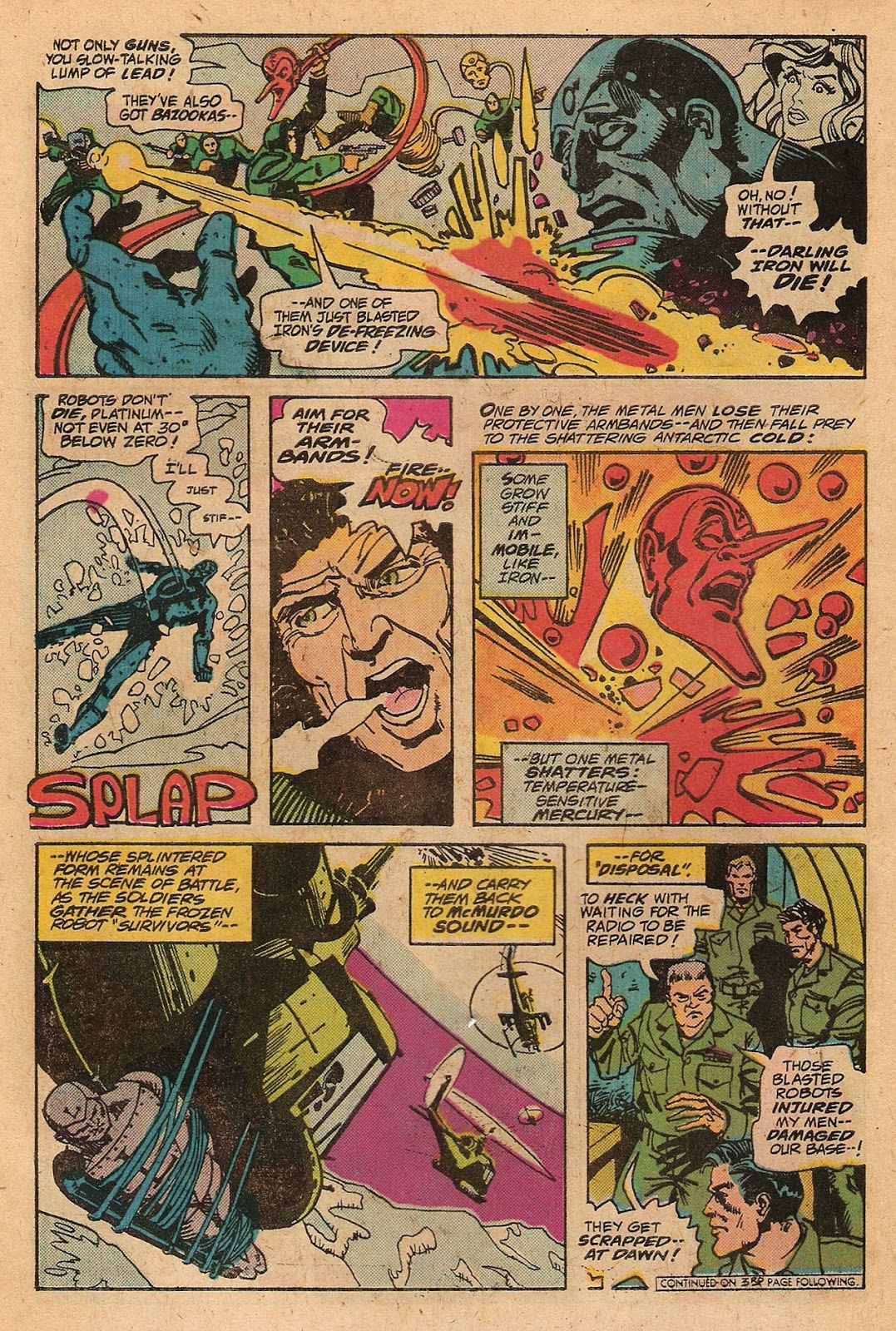 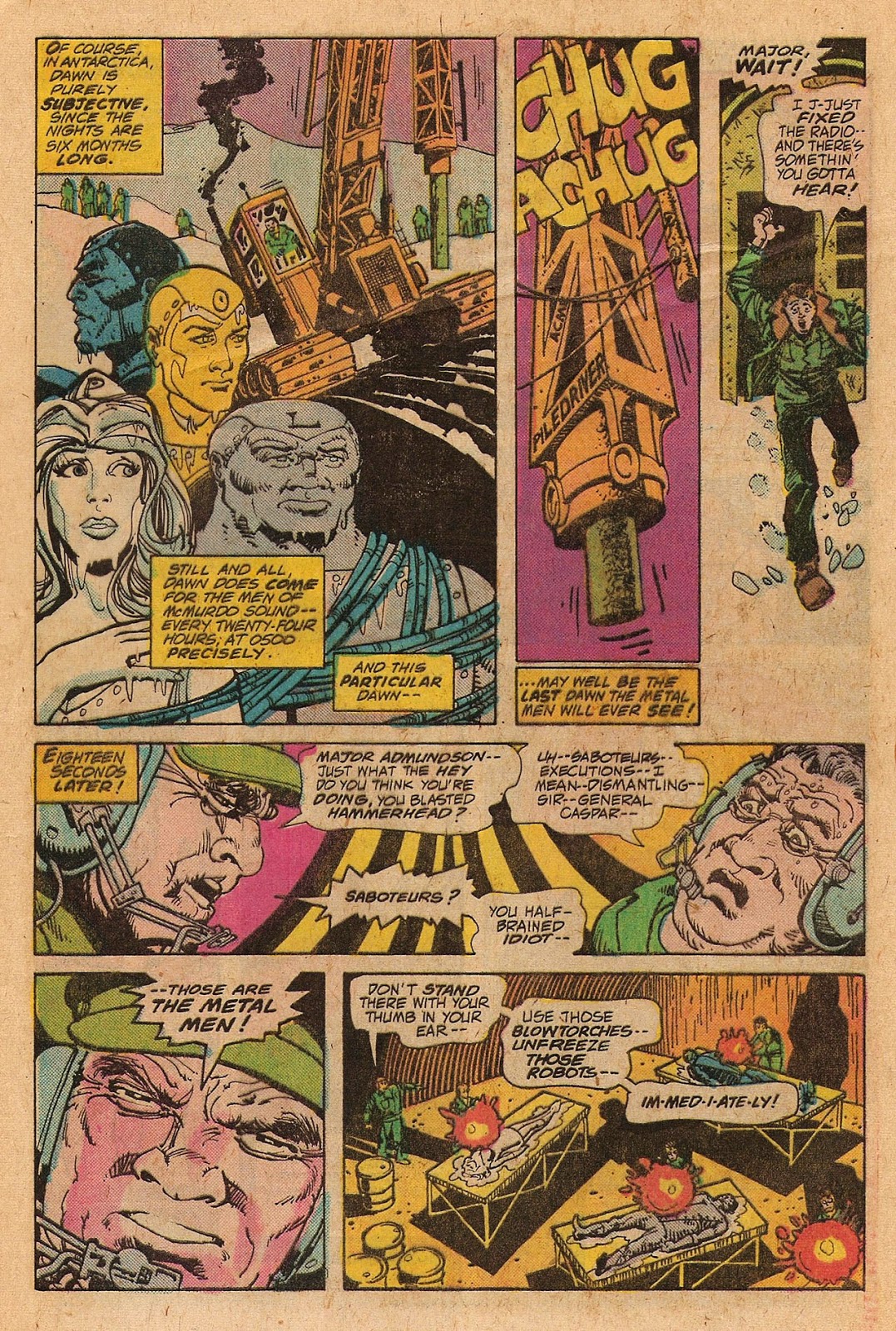 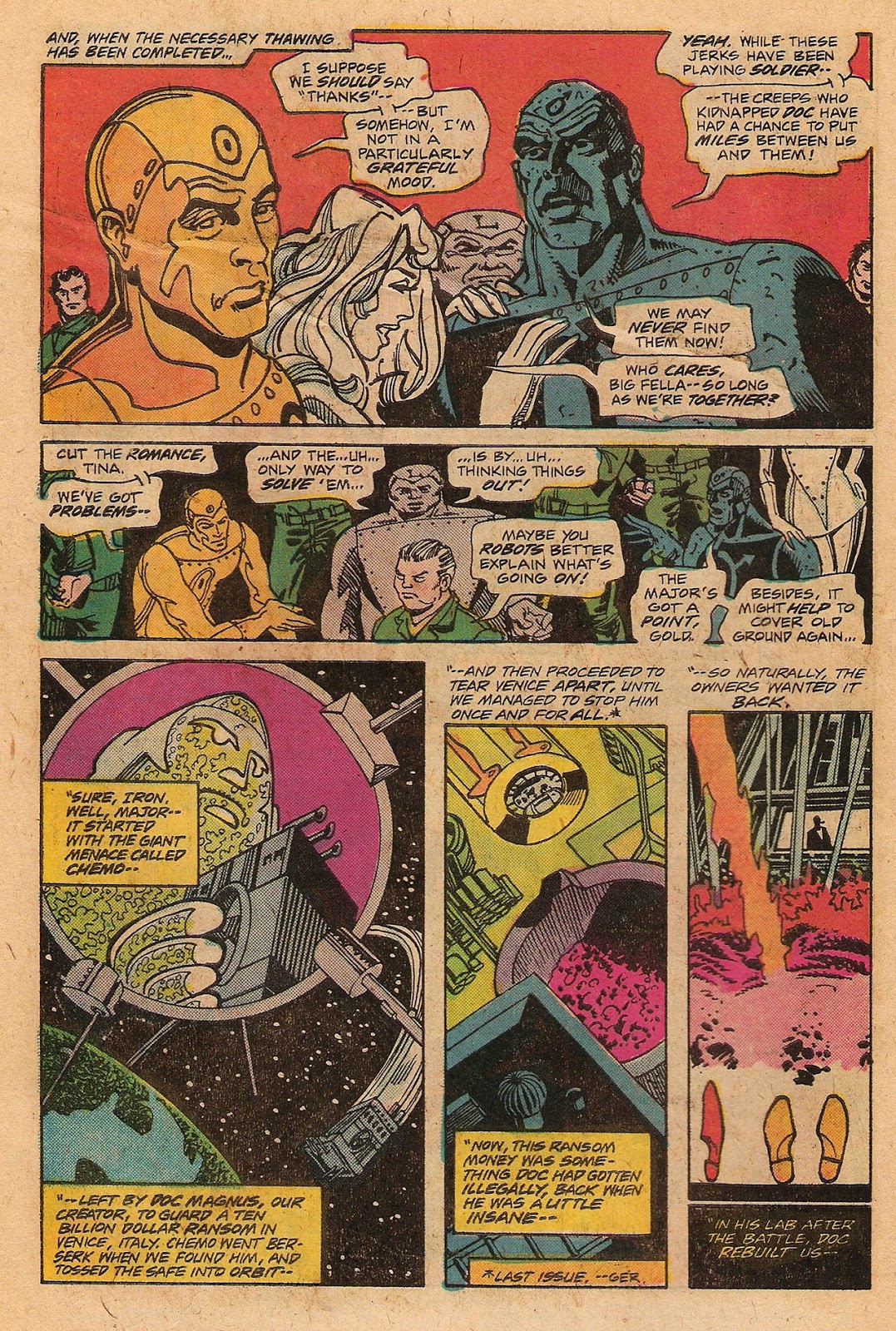 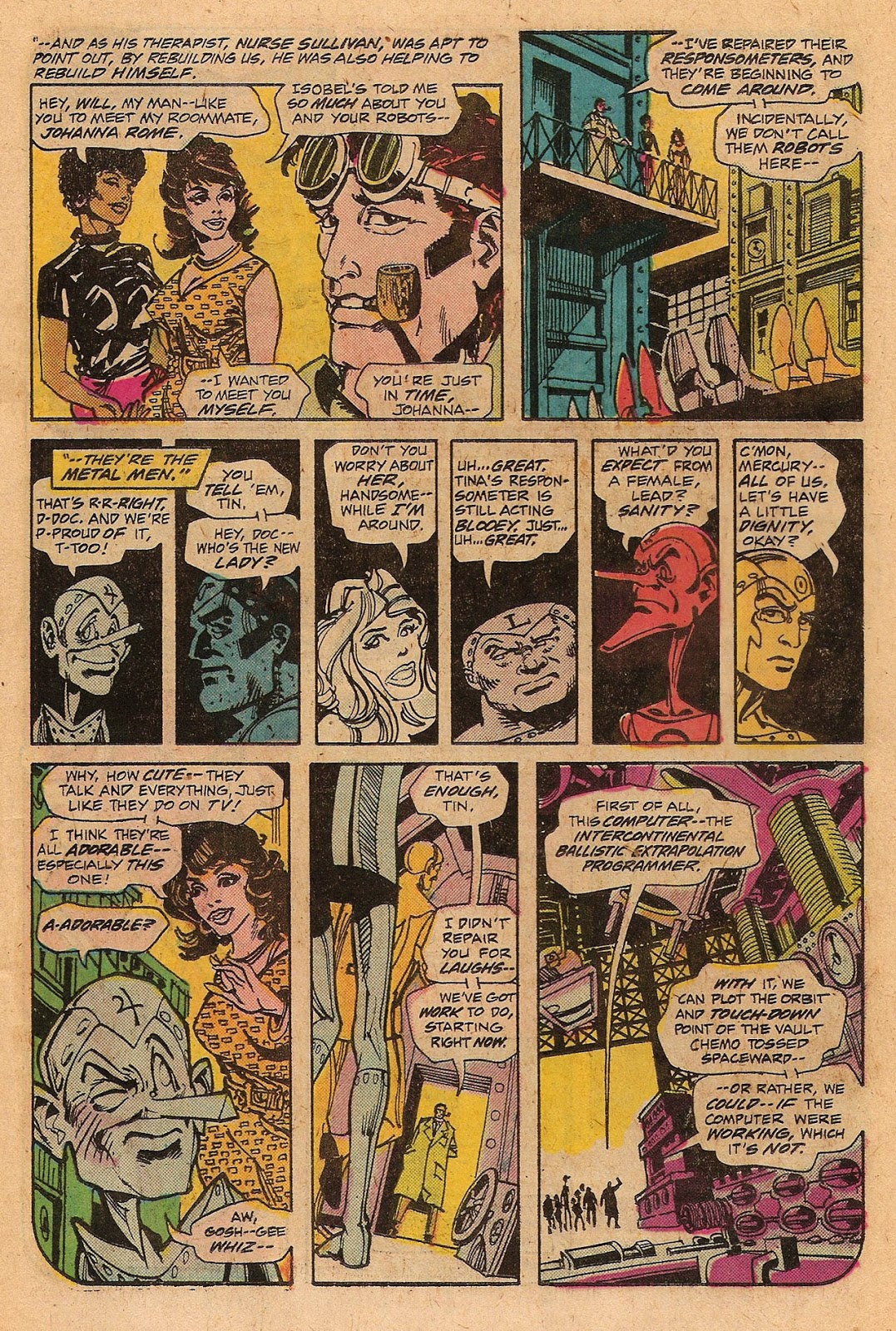 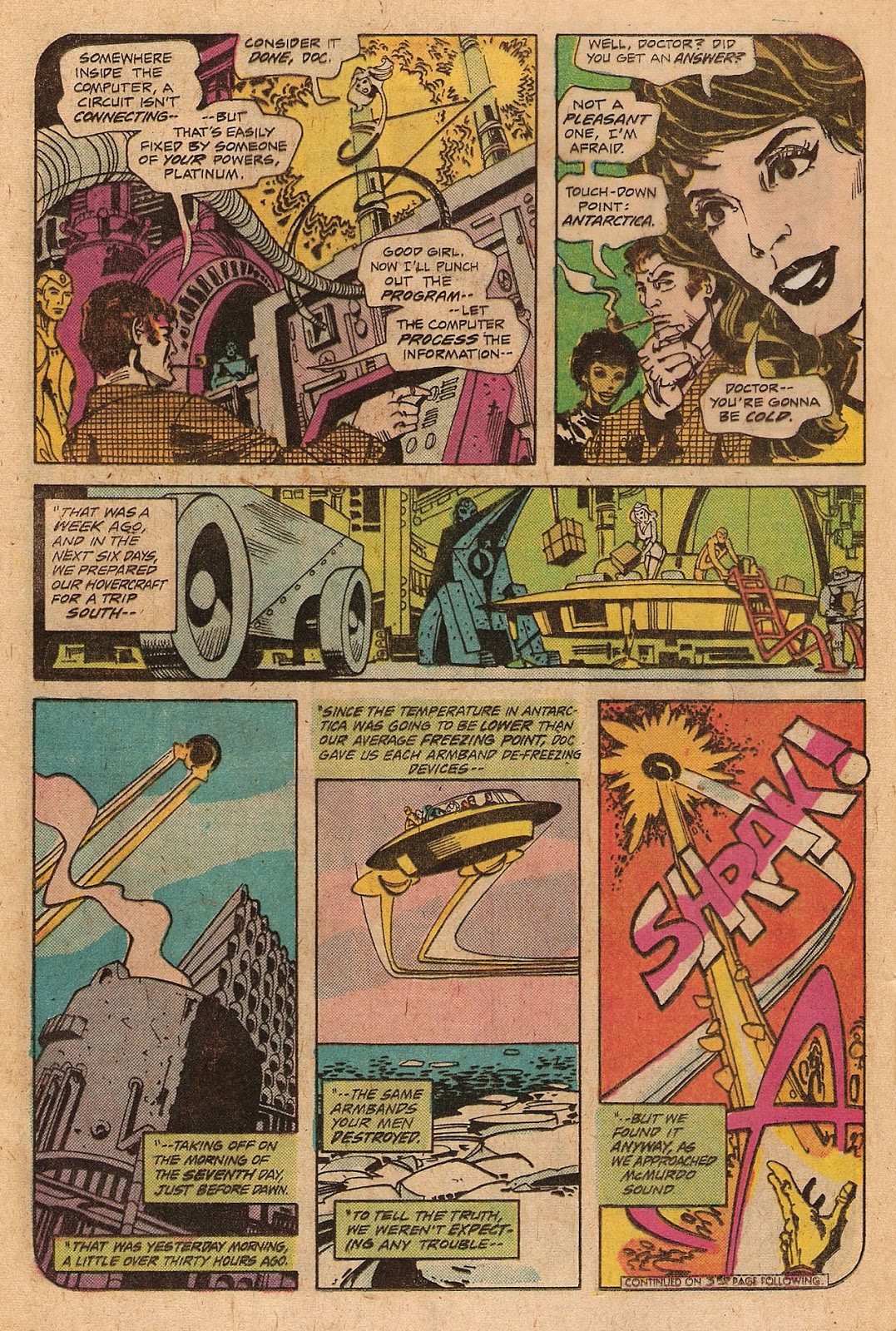 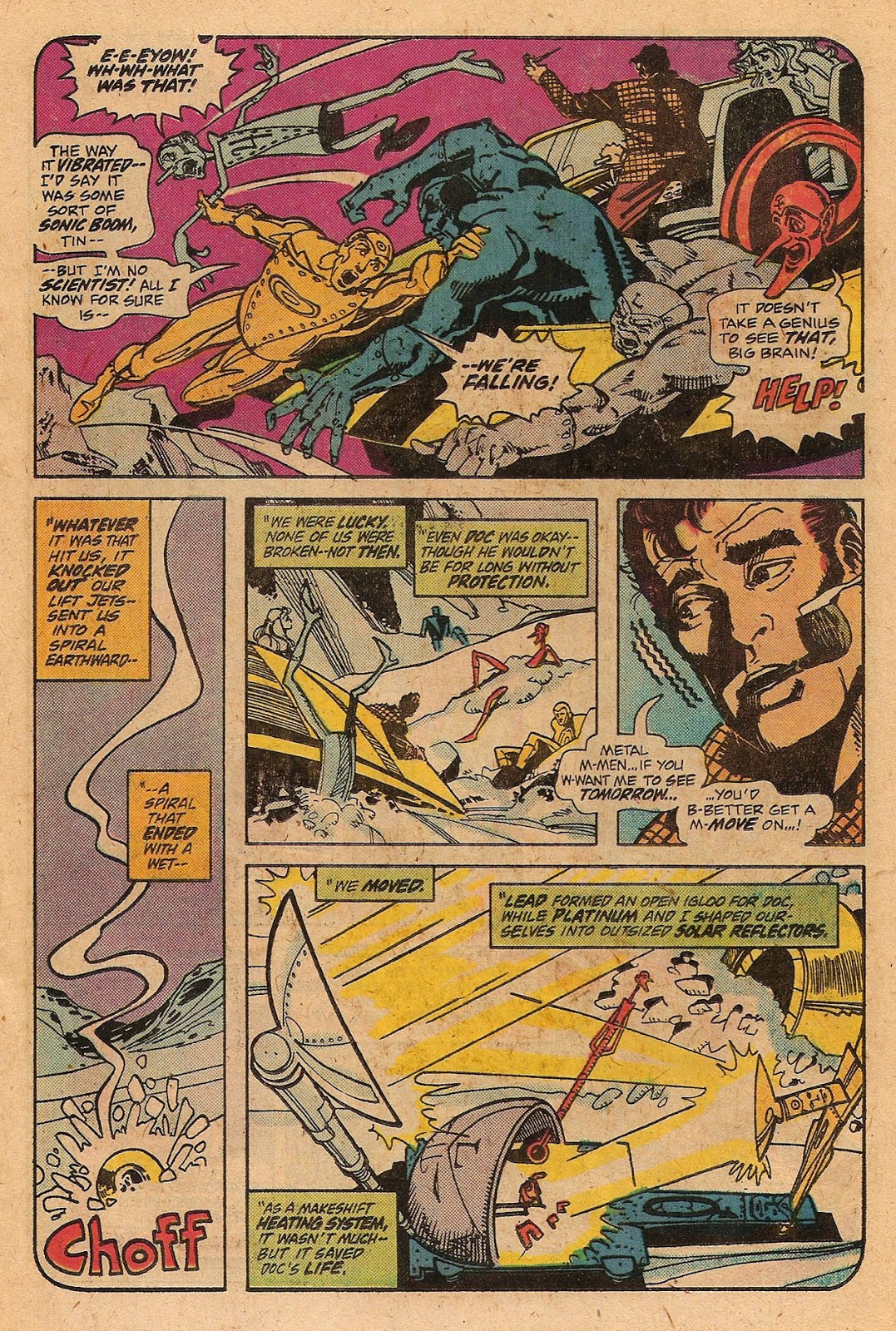 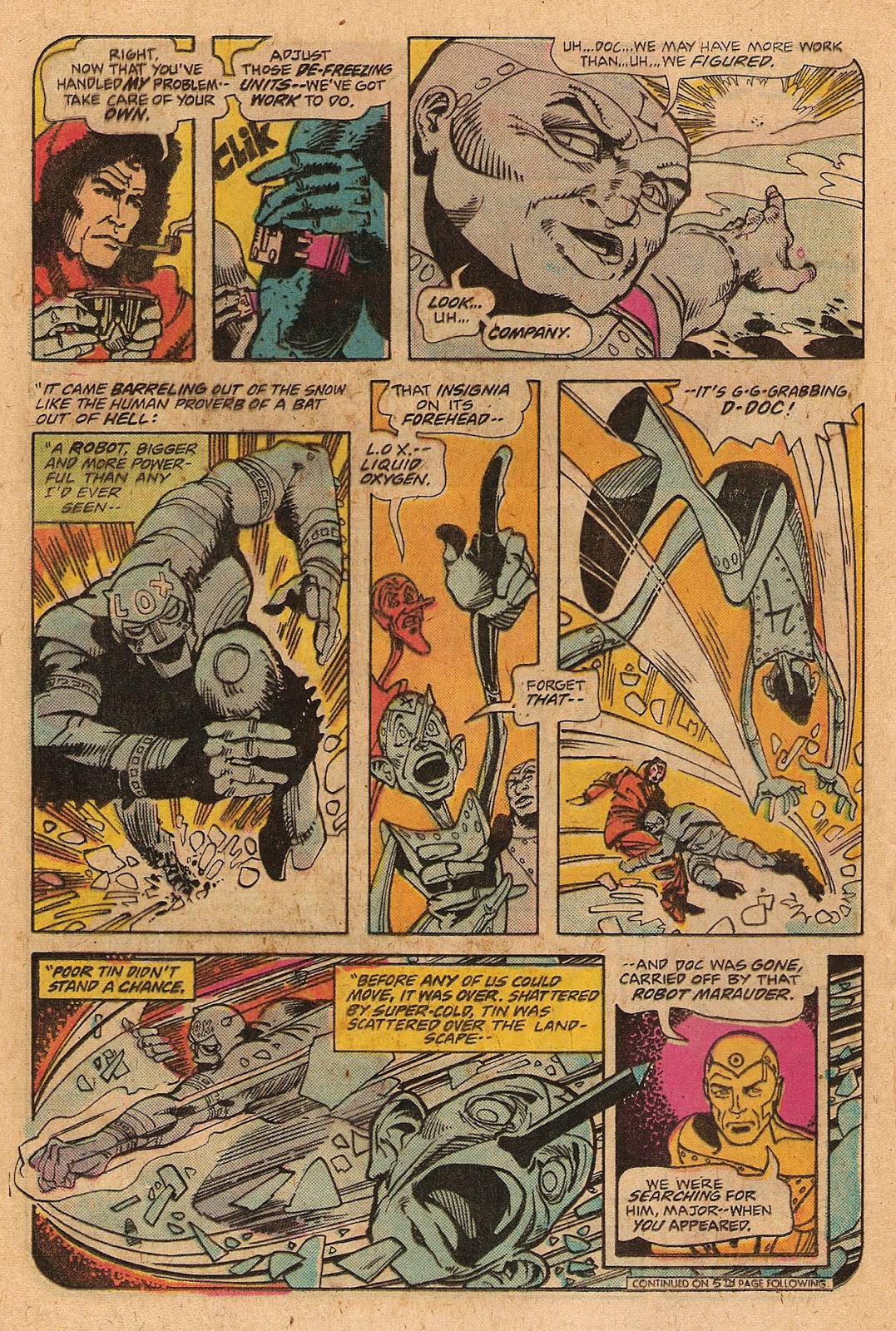 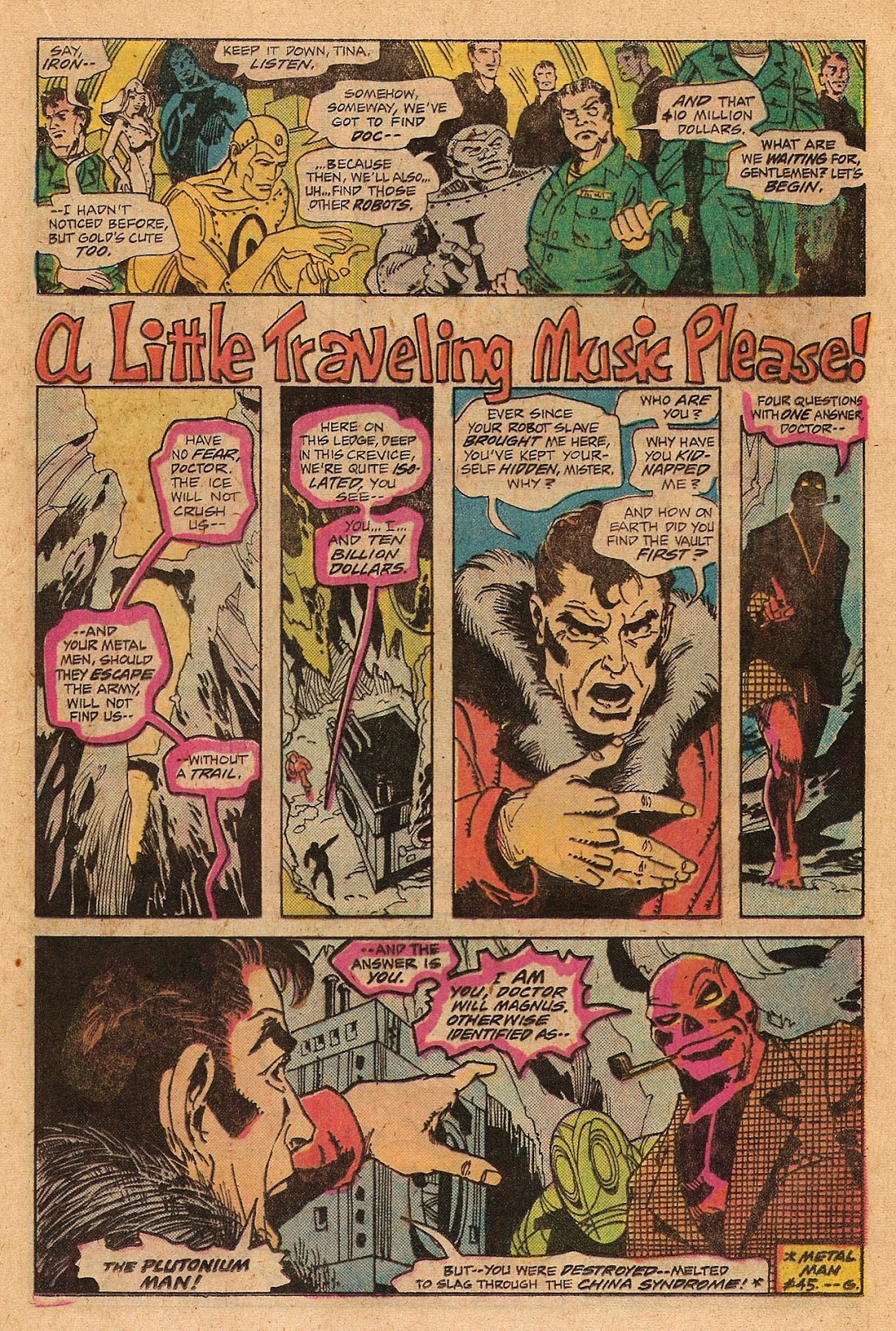 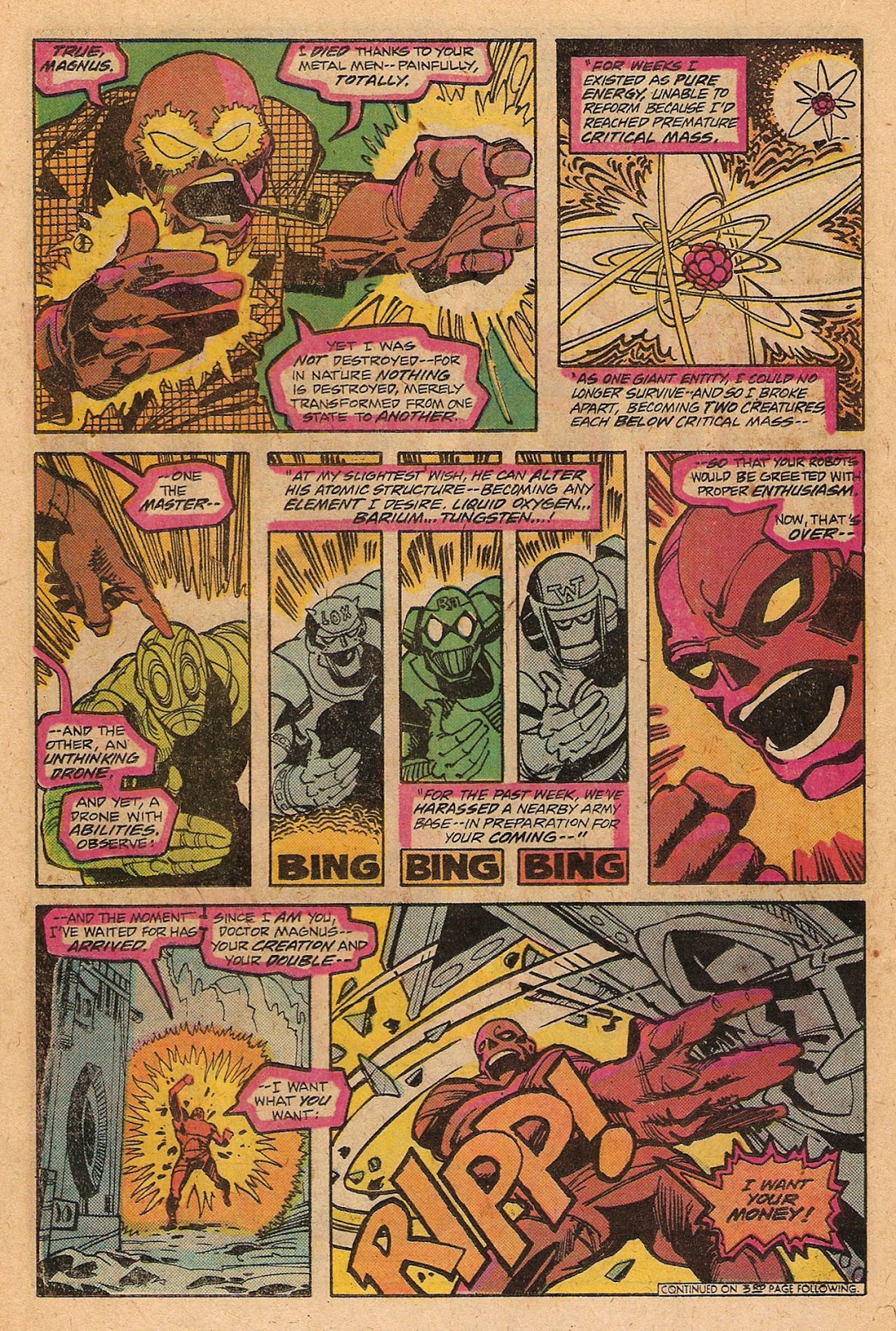 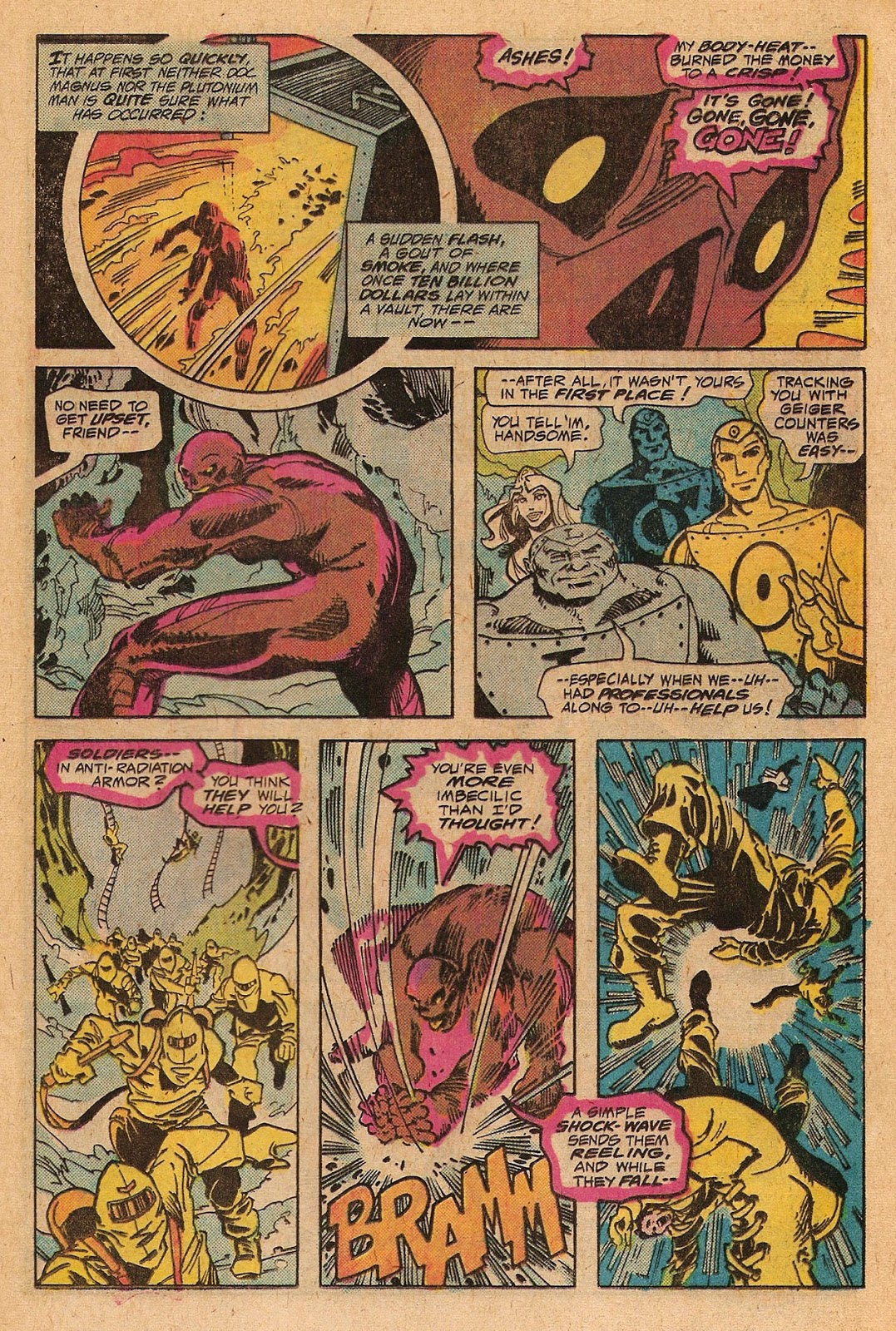 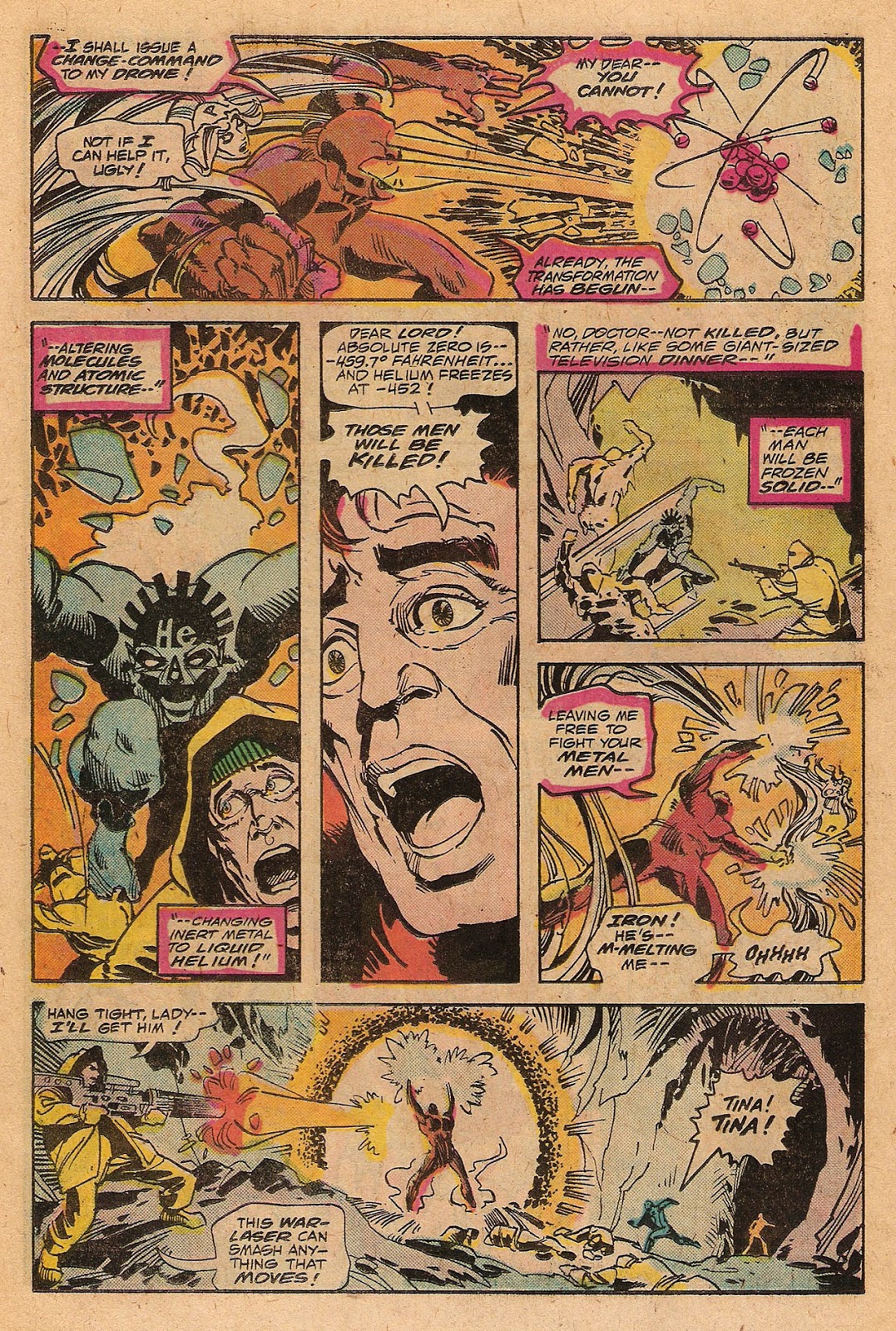 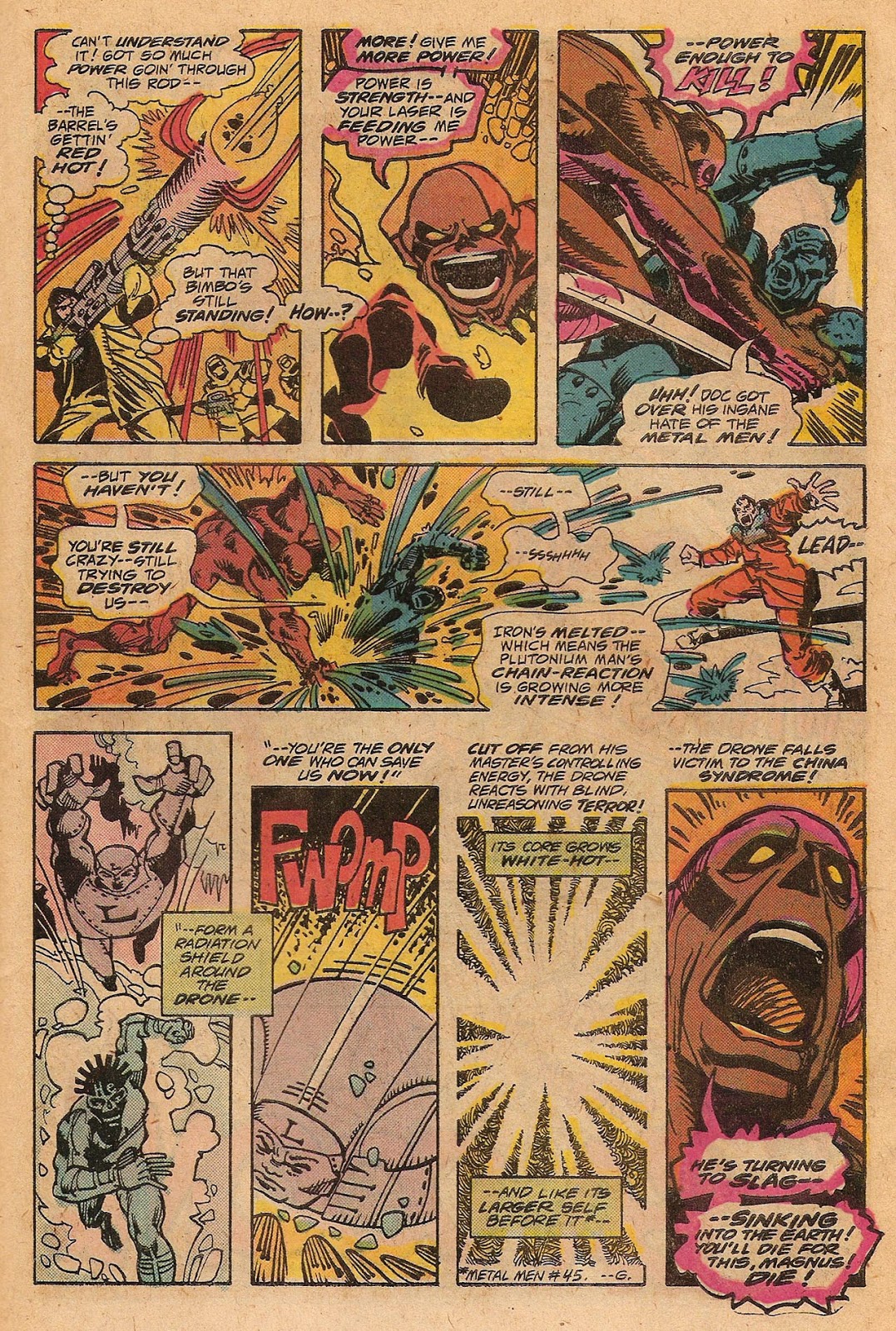 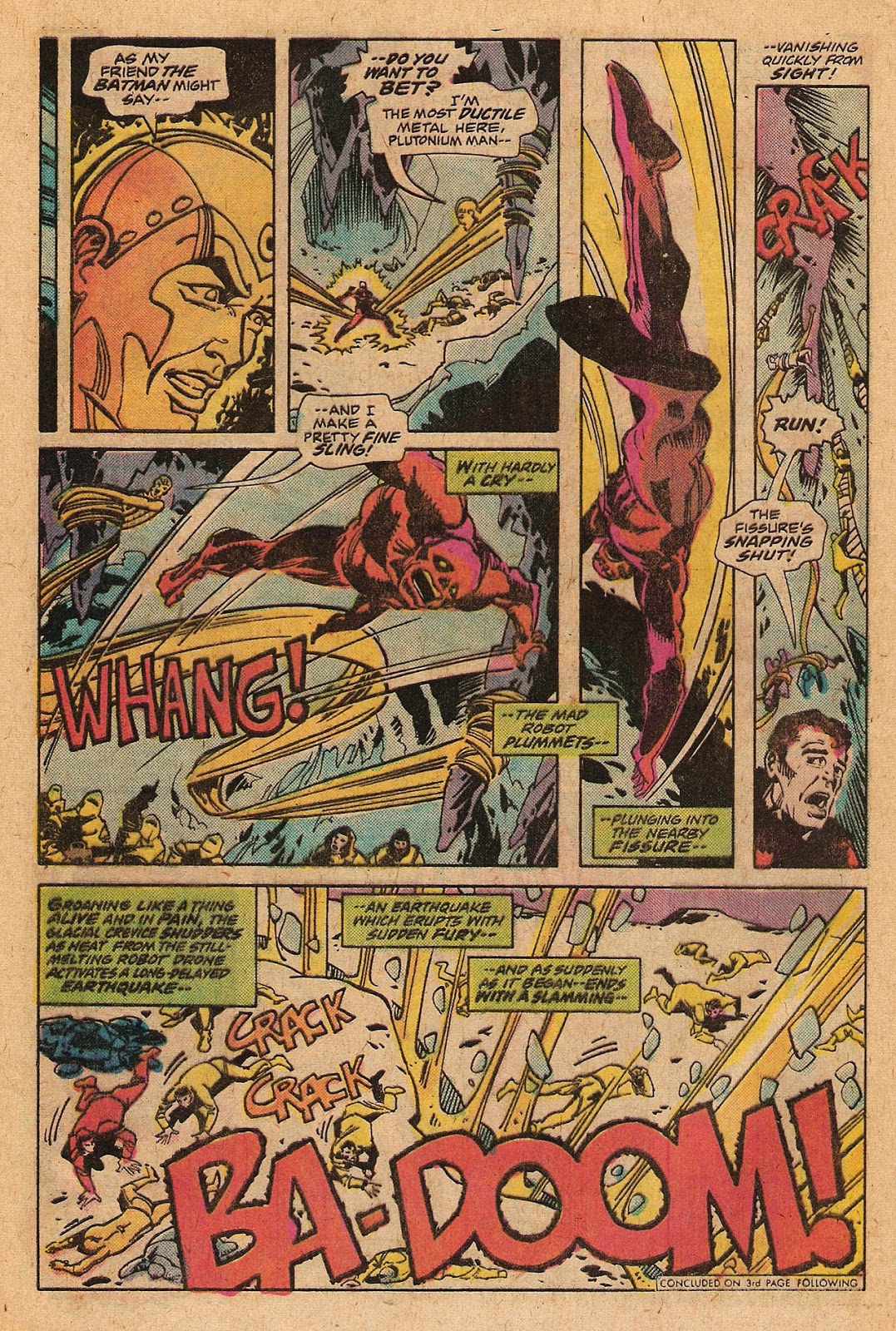 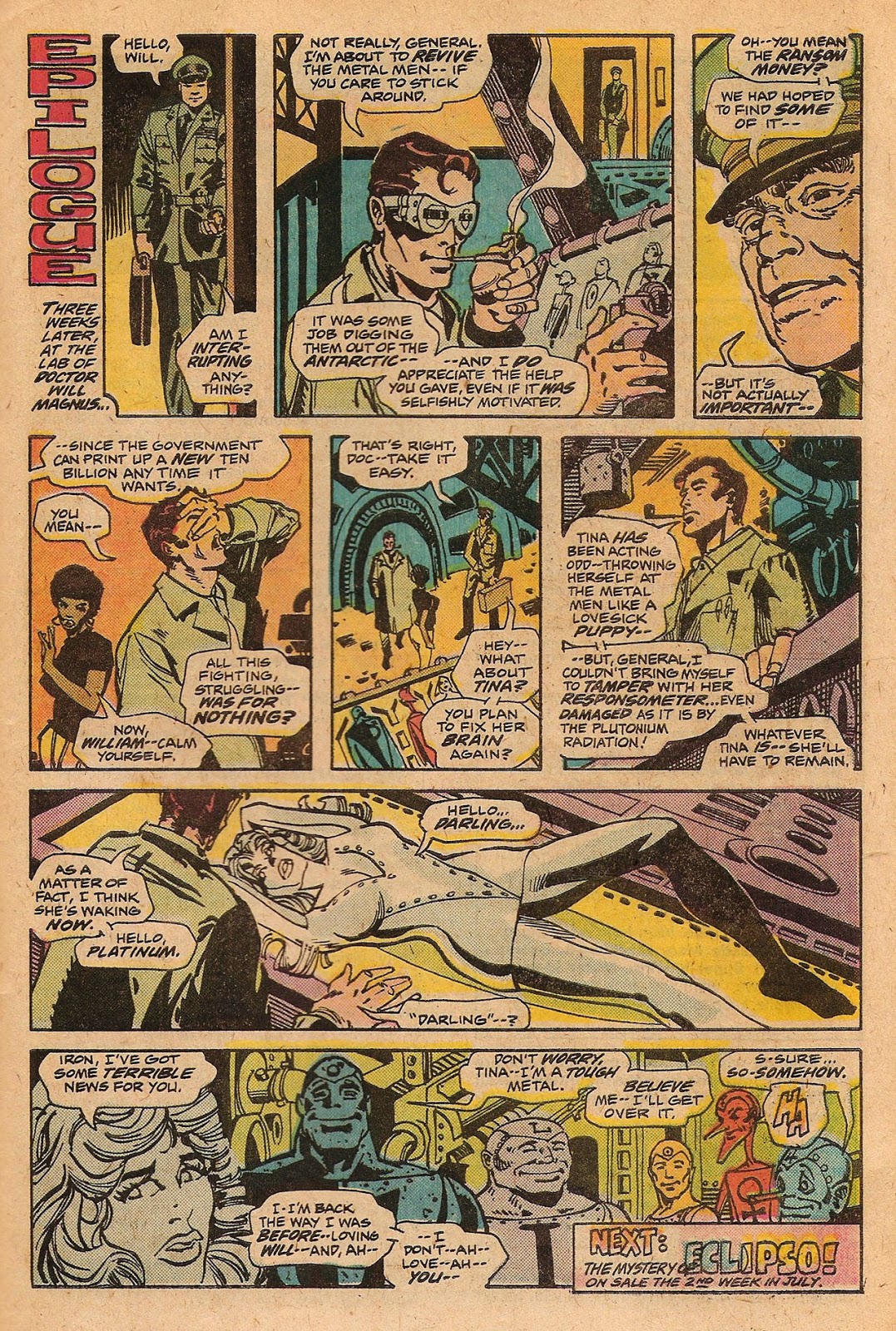