Groovy Age Gold: The Saga of Two-Face by Finger, Burnley, and Mortimer

Check it out, Groove-ophiles! DC's tabloid-sized comics of the mid-70s were a treasure trove of Golden Age awesomeness every time one of those card-stock covered dudes appeared on the magazine rack. Take Limited Collectors' Edition #37 (May 1975) featuring Batman, f'rinstance! Under a superior Jim Aparo cover, page after page of choice reprints featuring the best of The Batman's rogues (editor E. Nelson Bridwell always made great choices). Something extra-special was hidden in those gi-normous pages--the original Two-Face saga from Detective Comics issues 66 and 68, adapted into the Batman and Robin Sunday newspaper strip (6/23-8/18, 1946) by Bill Finger, Jack Burnley, and Win Mortimer! That's right, nine full Sunday Pages (reprinted from the McClure Newspaper Syndicate originals) featuring Batman and Robin vs. Two-Face (called Harvey Apollo to avoid all the confusion from the comics) in all their tabloid sized glory! You can't get that effect here online, but it that don't make ya wanna go back-issue huntin', Ol' Groove has no idea what will! Dig it! 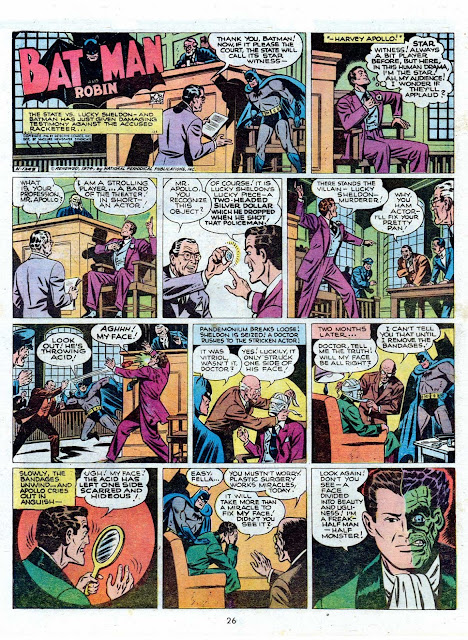 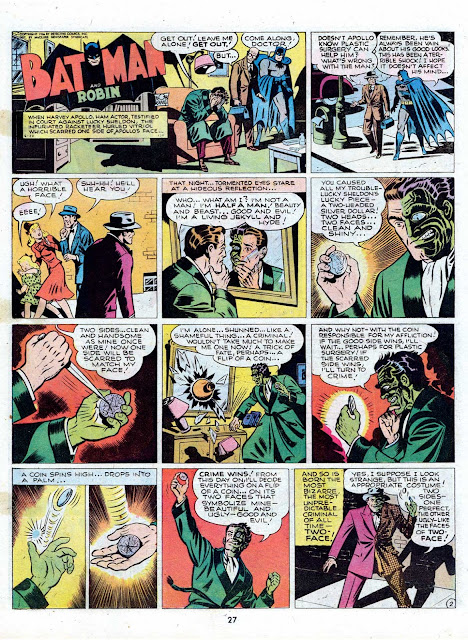 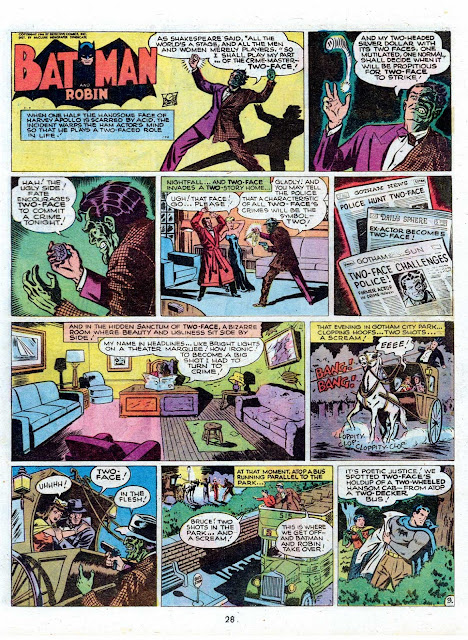 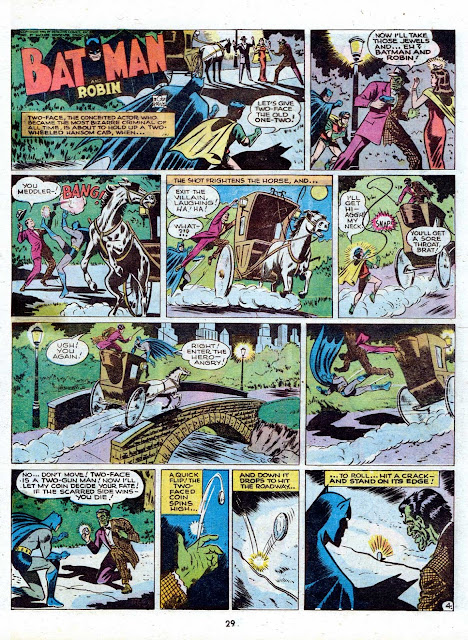 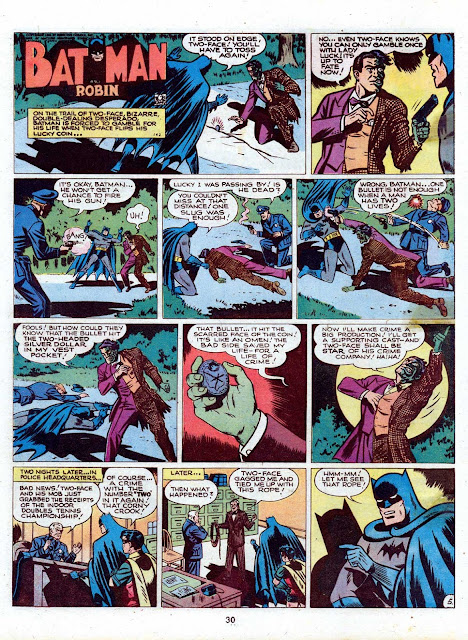 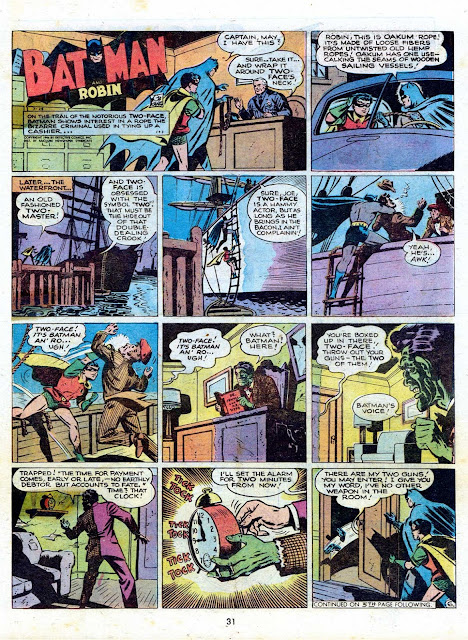 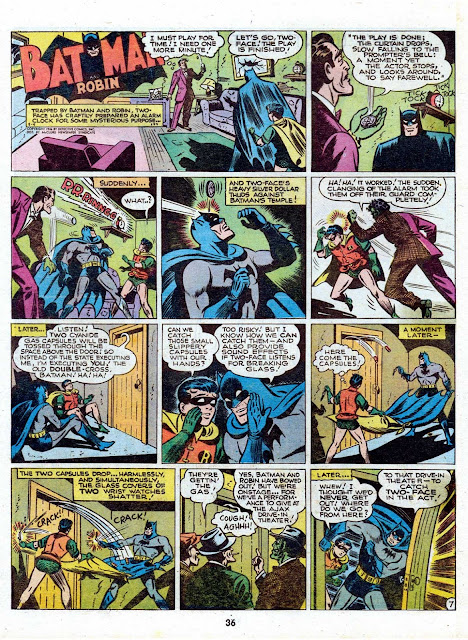 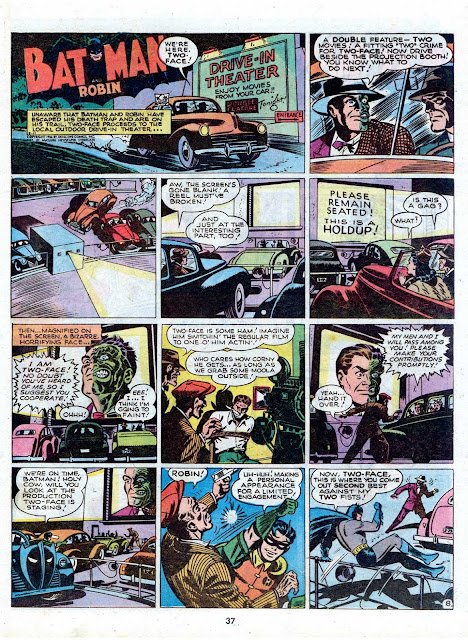 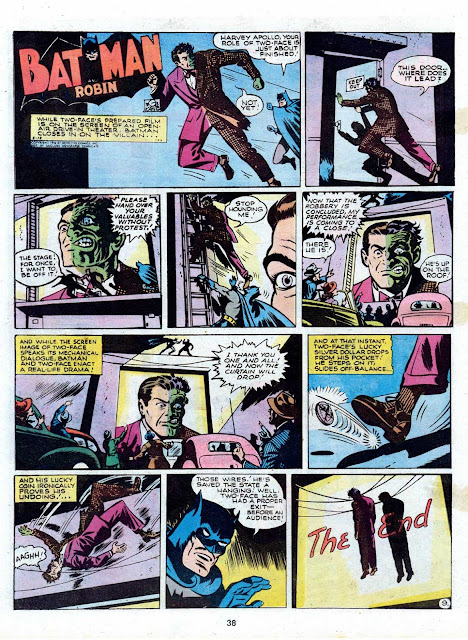