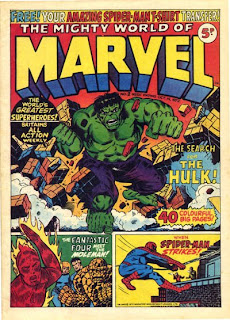 Jim Starlin epitomizes the Groovy Age for me, man! His mind-blowing, far-out, psychedelic style of both writing and drawing...His boundless, cosmic imagination, his martial-arts laden battle scenes, his mastery of color... Starlin's the real thing, baby! Like so many other Groovy Age super-stars, Jim started out in mimeographed fanzines like Star-Studded Comics, Fantastic Exploits, and Dr. Weird (reprinted in 1994 by Caliber/Big Bang), then self-published his own fan mag, The Eagle in early 1971. By late 1972, he was doing cover art for Marvel Comics' British reprint weekly, The Mighty World of Marvel. Plant your peepers on a few of these diamonds in the rough, Groove-ophiles! 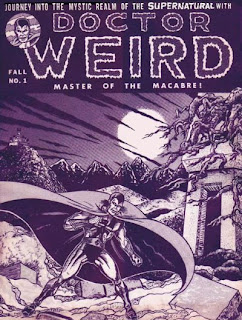 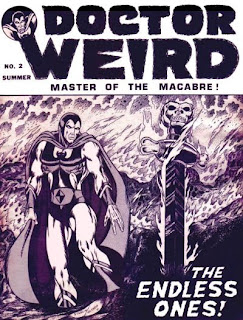 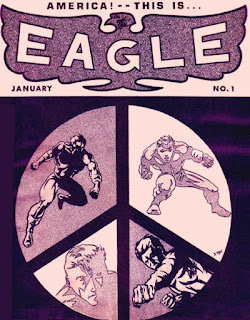 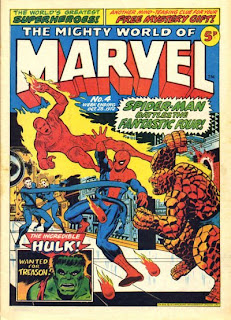 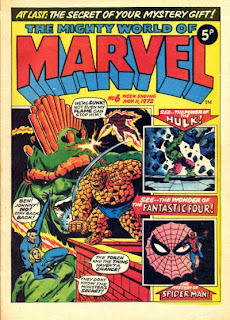 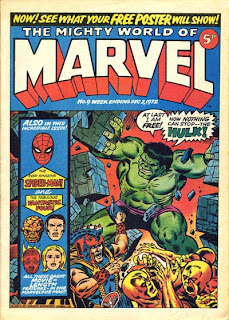 I suppose he proved himself pretty well with that gig, 'cause his career just snowballed after that. Starting with this li'l beauty, "Judo" Jim's first professionally published story in Journey Into Mystery #1 (July 1972). Written by another all-time fave Steve (when're-ya-gonna-do-a-guest-blog-for-me-pal?) Skeates and inked by none other than Marvel's Master of the Macabre, Mike Ploog. With co-creators like that, Jim was set for super-stardom! Steve originally wanted to call this story "Joint Dream" but editor Roy Thomas nixed that title and changed it to "You Show Me Your Dream--I'll Show You Mine" because the Comics Code would, y'know, rather have story titles with sexual references than titles with drug references. (Nobody's perfect, Roy--we still love ya!) Here 'tis! 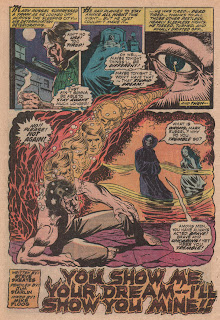 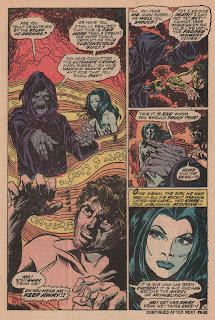 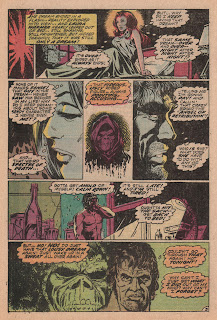 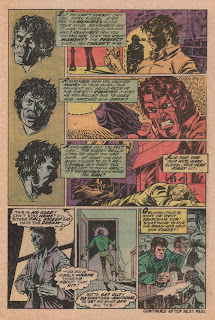 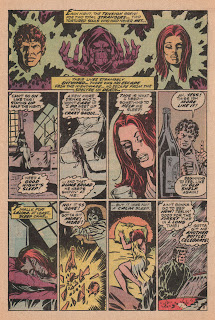 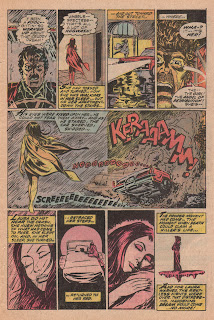 Next came Jim's first cover for Marvel's U.S. comics, Amazing Adventures #15 (August 1972), which was followed by a smattering of covers for Marvel's reprint books. Next came a taste of things to come as Jim drew three pages of Iron Man #53 (September 1972) and several pages of Avengers #107 (October 1972). 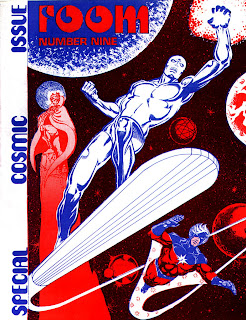 Jim then drew the Man-Thing story in Fear #12 and his first full-length strip, Iron Man #55--notable for the introduction of Thanos--both mags appearing in November, 1972. Another horror-short in Journey Into Mystery #3 (also November 1972), another smattering of covers, a couple filler pages on the Beast strip in Amazing Adventures #17 (December 1973)...Jim was really truckin', baby! December was kind of a high/low month for Starlin. His waaaaaay-out collaboration with Steve Gerber on Iron Man #56 got both he and Steve G. fired from the mag by Stan, himself. But, the ever-talented Mr. Starlin also made his debut on Captain Marvel (#25), from where he would make his everlasting mark on comicbook history.

Don'tcha just love happy endings?
Posted by The Groovy Agent at 12:02 AM