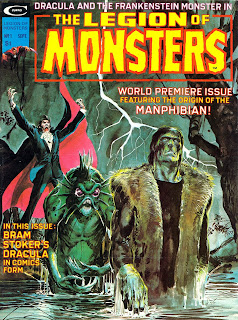 By July, 1975, Marvel's black and white monster mags had bitten the dust, so they came up with a pretty good plan: take the stars from the old monster mags and put 'em into one, handy-dandy mag. So, from Monsters Unleashed they rescued Doug Moench and Val Mayerick's Frankenstein Monster; the Roy Thomas/Dick Giordano adaptation of Bram Stoker's Dracula was resurrected from Dracula Lives!; Haunt of Horror begat the one-shot shocker "The Flies" by Gerry Conway, Paul Kirschner, and Ralph Reese; and I'd bet even money that the story in today's spotlight was intended to kick off a new series in Monster's Unleashed. It's the Manphibian in "Vengeance Crude". Don'tcha just dig that name? Manphibian? Tell ya what Ol' Groove digs, is the awesome art of Dave Cockrum, ably inked by Sam Grainger, over a Marv Wolfman plot with scripting by Tony Isabella. I think their update of the Creature from the Black Lagoon is pretty far out! What say you, Groove-ophiles? 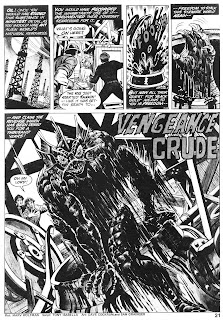 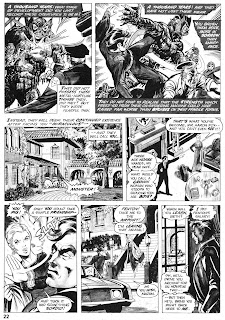 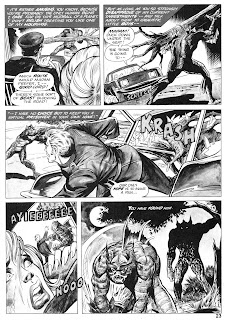 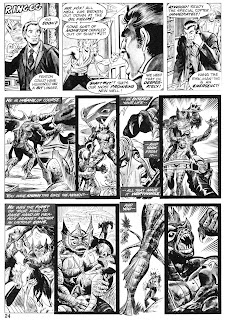 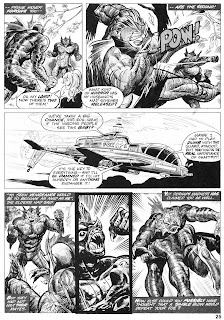 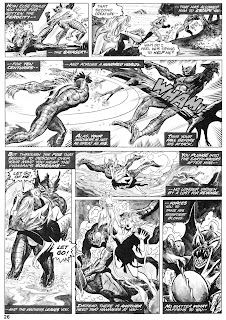 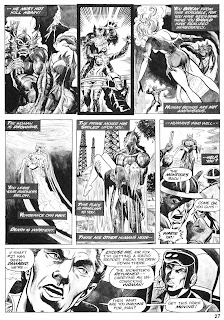 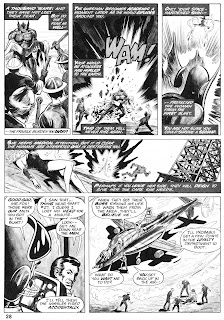 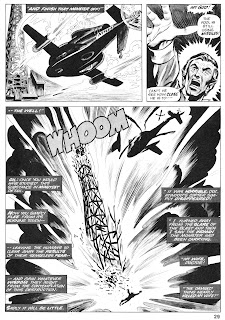 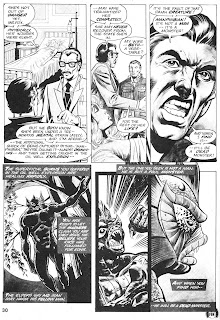 arv Wolfman over at Marvel, he learned that Cary Bates was also writing him into Dave's next (and unfortunately final) Legion of Super-Heroes story at DC. Dave contacted Cary, renamed and redesigned the character, calling him Devilfish, and viola! Crisis averted. Ironically, Manphibian wasn't published until over a year after the Legion/Devilfish story, which appeared in Superboy and the Legion of Super-Heroes #202 (March 1974). Thus the historical waters of comicbooks are once again muddied. What else is new, huh?
Posted by The Groovy Agent at 12:02 AM