Groove's Faves: "Ant-Man No More!" by Friedrich and Russell

Greetings, Groove-ophiles! Today we're wrapping up Mike Friedrich's nearly-forgotten Ant-Man series from Marvel Feature. As a kid, this was one of my fave series, and I have to say, despite the silly villain, I dig this finale from Marvel Feature #10 (April 1973). My reasons? 1) P. Craig Russell is coming into his own as an artist. Frank Chiarmonte's usually heavy inks don't hide Russell's rapidly-growing style. 2) A super-villain who lives in a trailer. (As I've said before, Friedrich was great at giving us weird/ironic twists a la Steve Gerber before Gerber started in that direction, himself!) 3) An Avengers cameo! 4) And that final page, in which Friedrich and Russell totally and charmingly capture Hank and Jan's relationship--plus the reveal of how/why Hank was narrating this whole series in such a, as Jan puts it, "poetic" way. Check it out, baby... 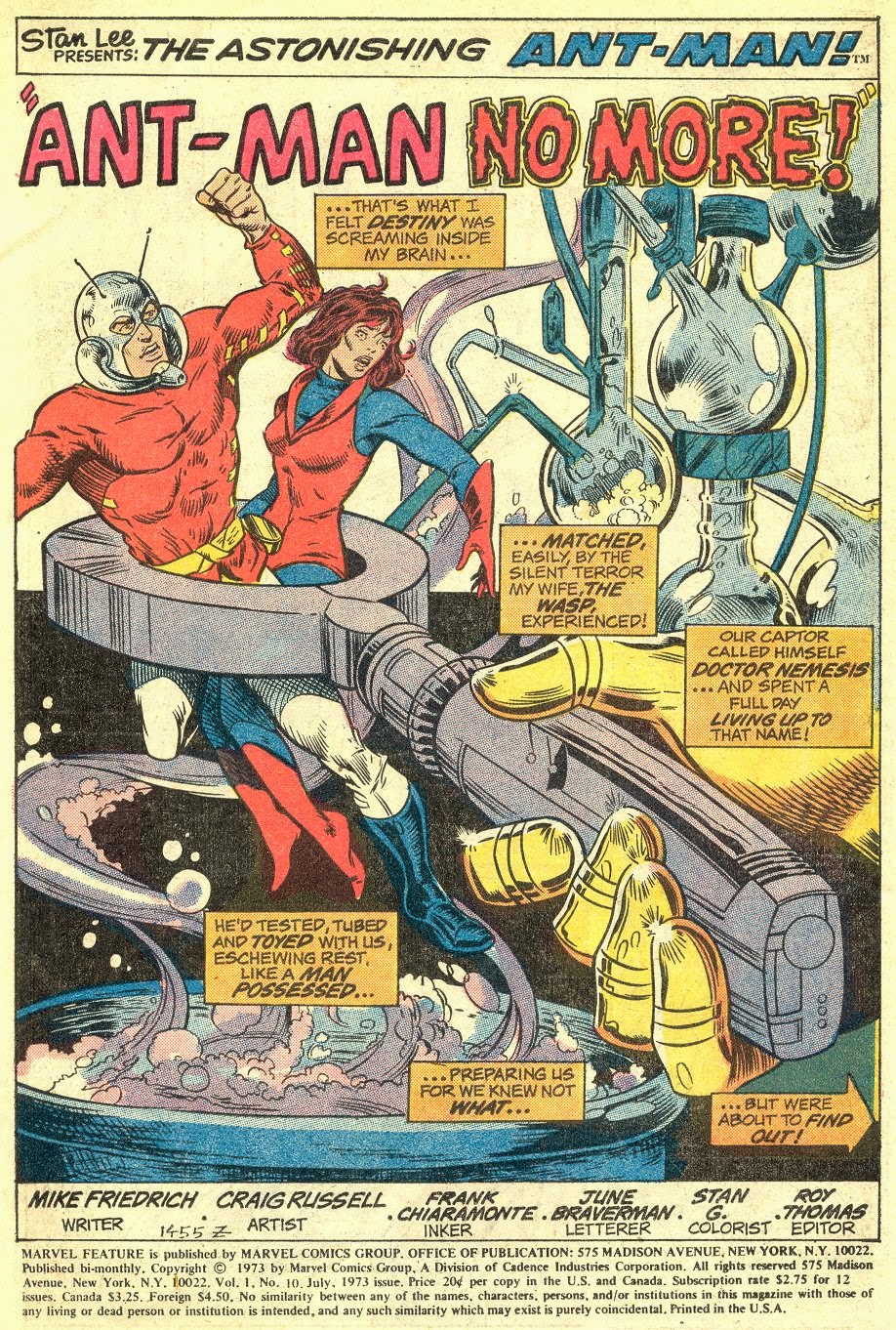 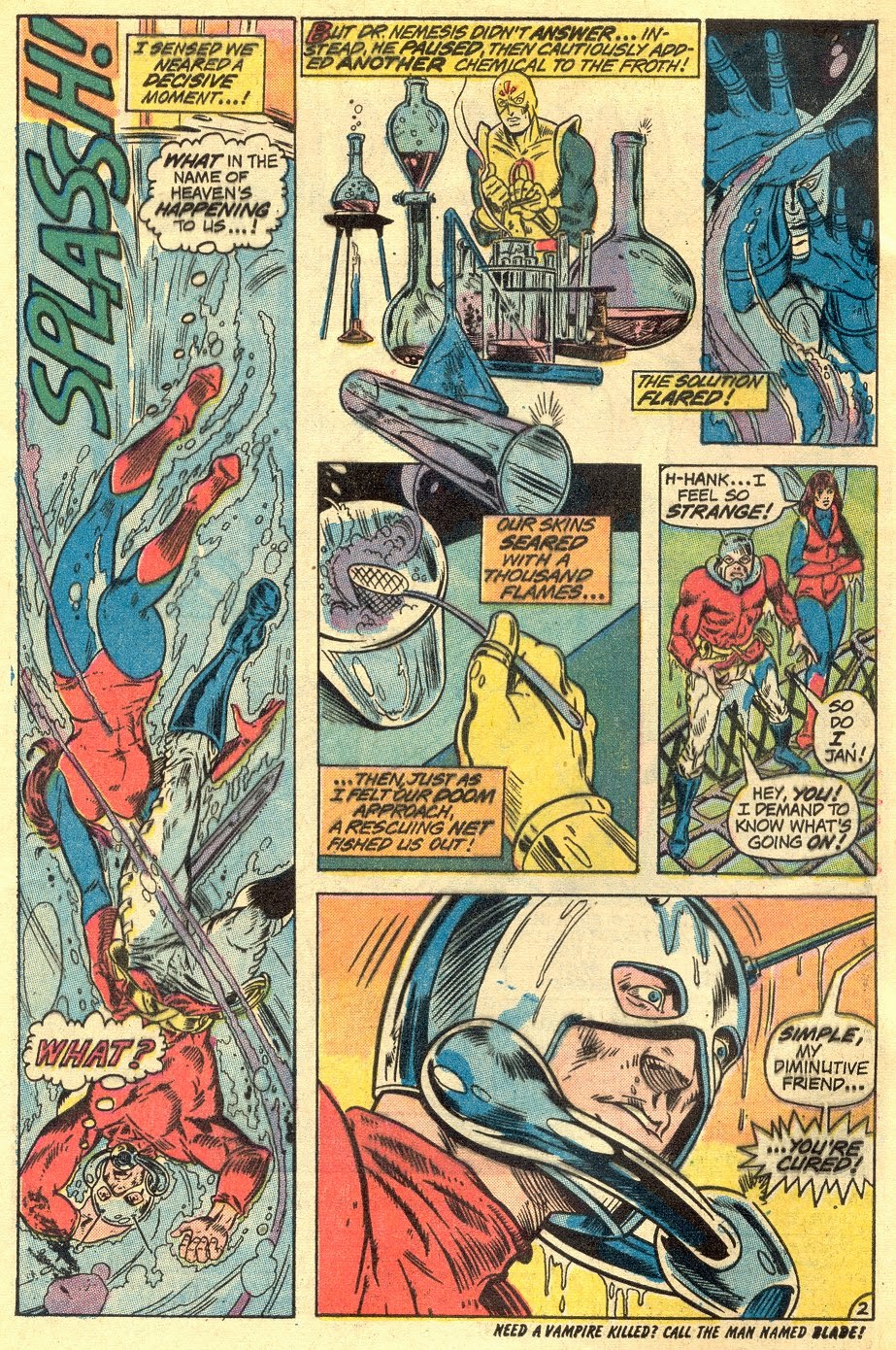 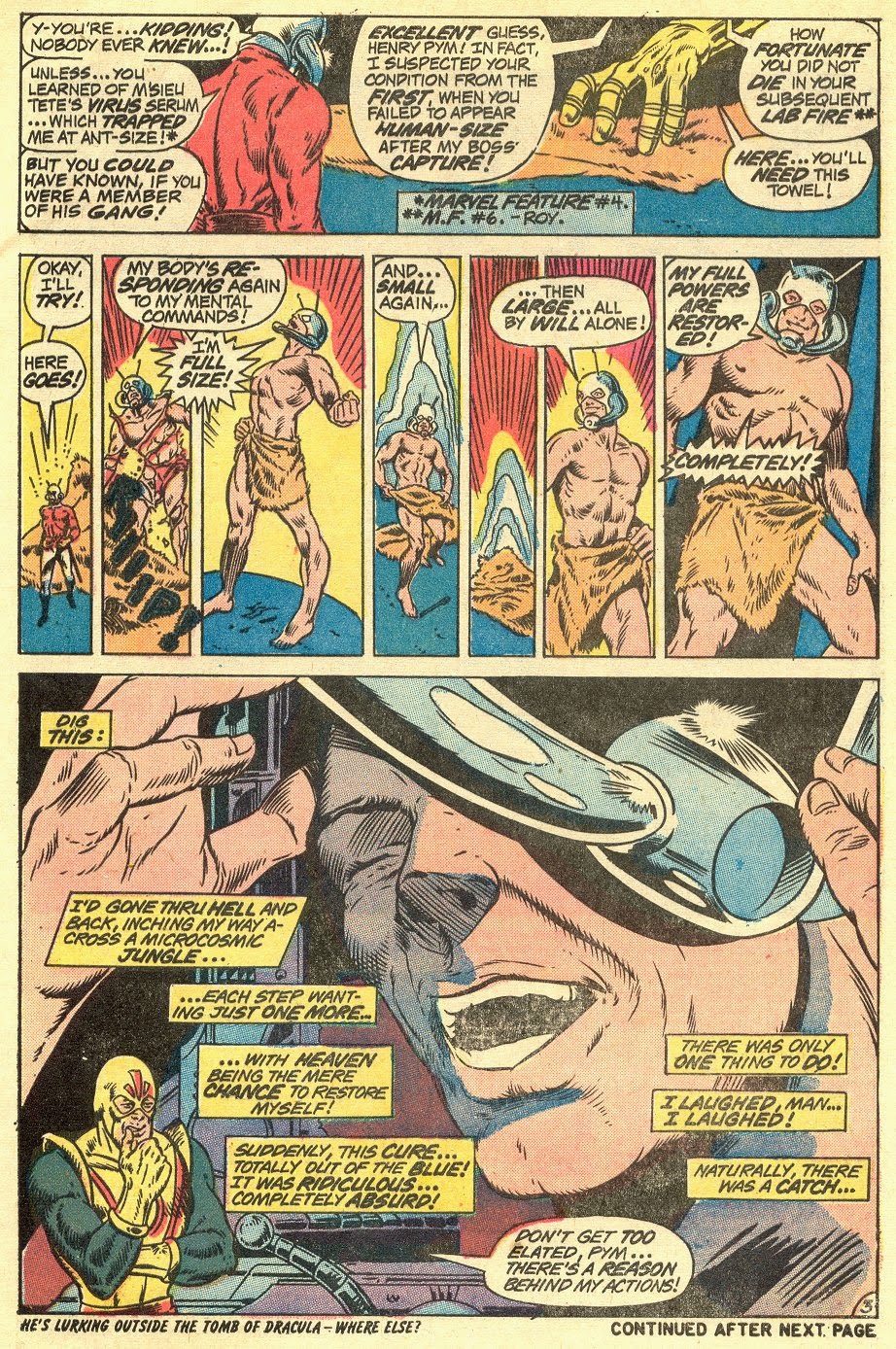 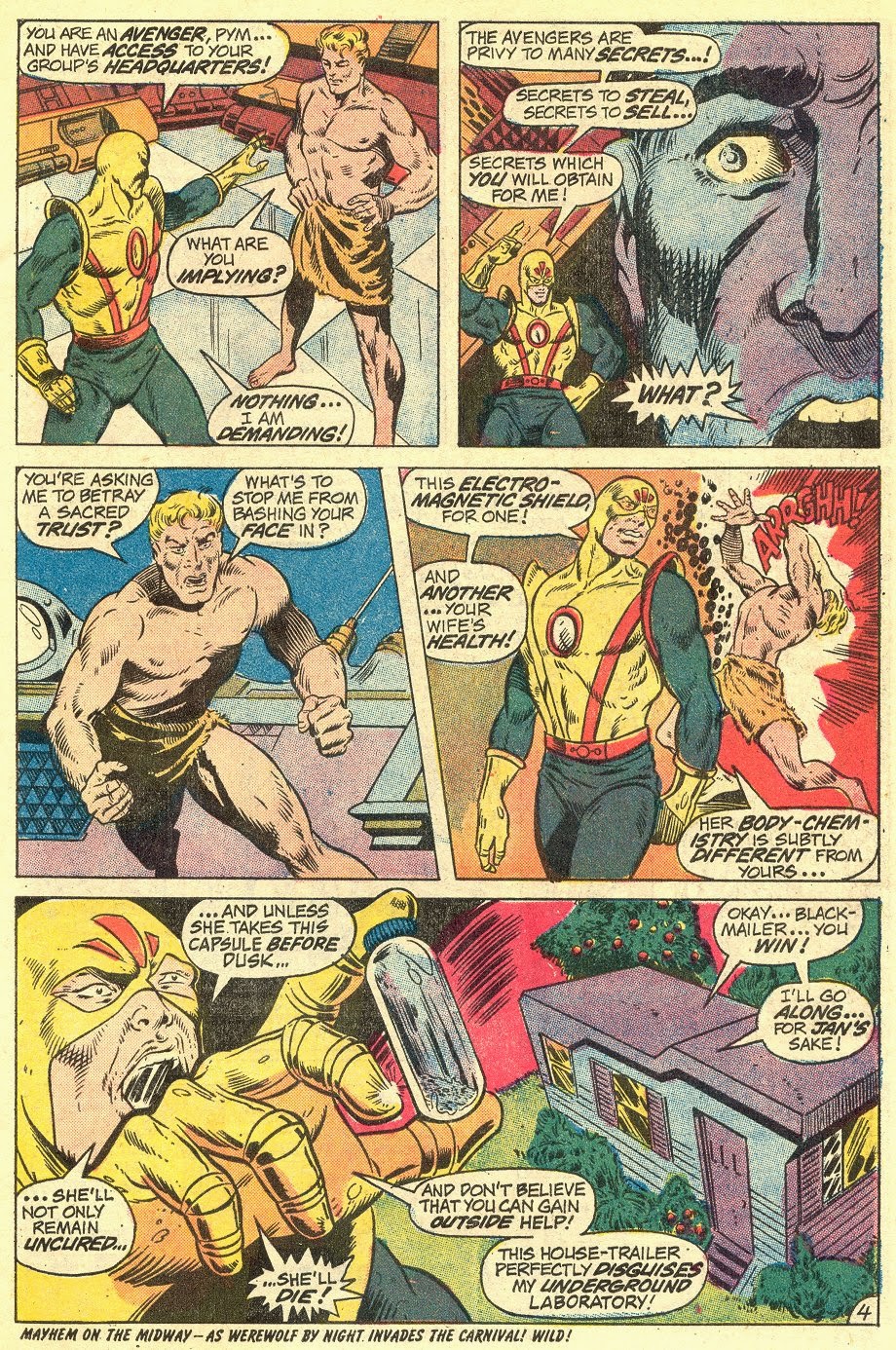 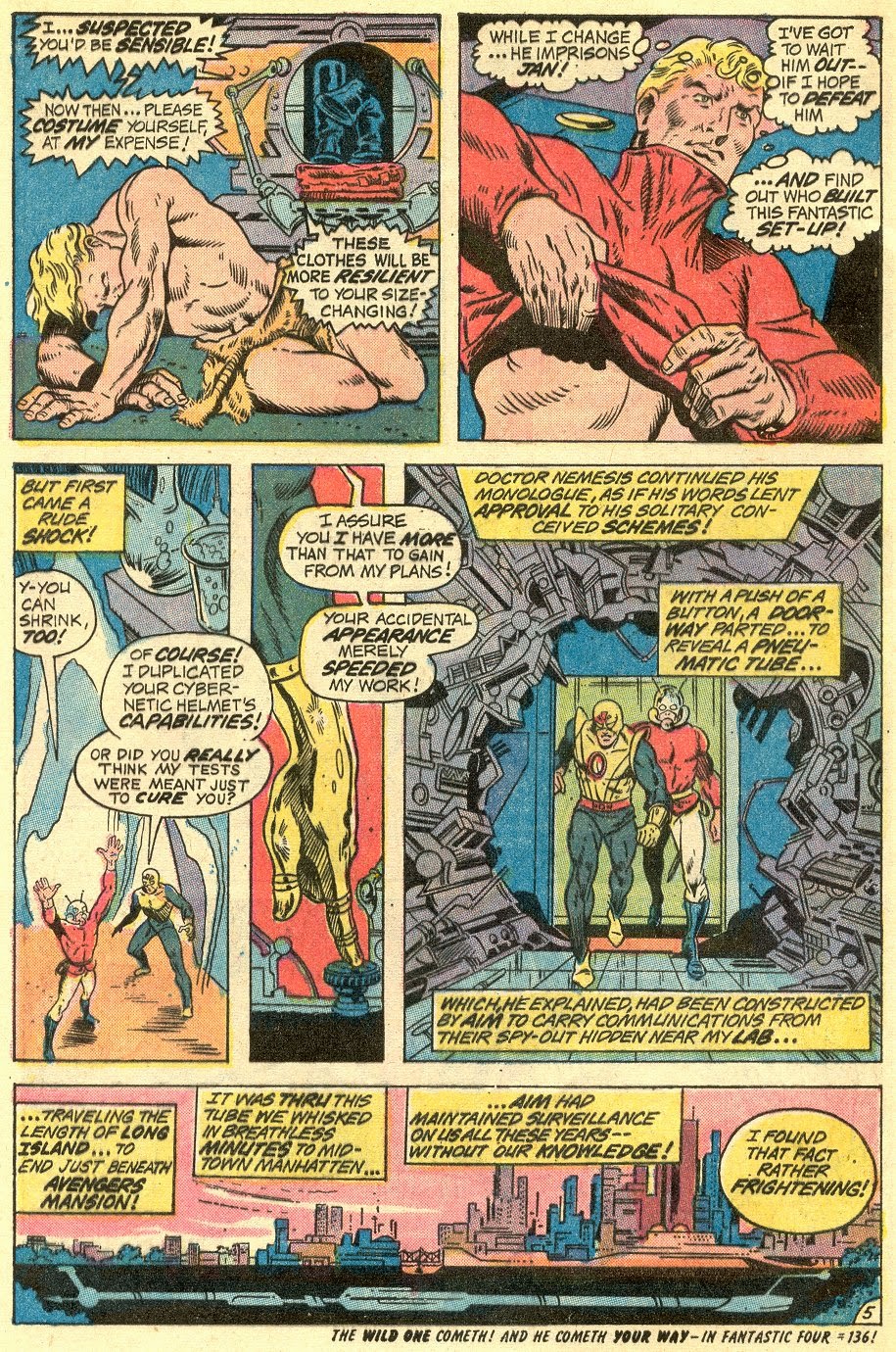 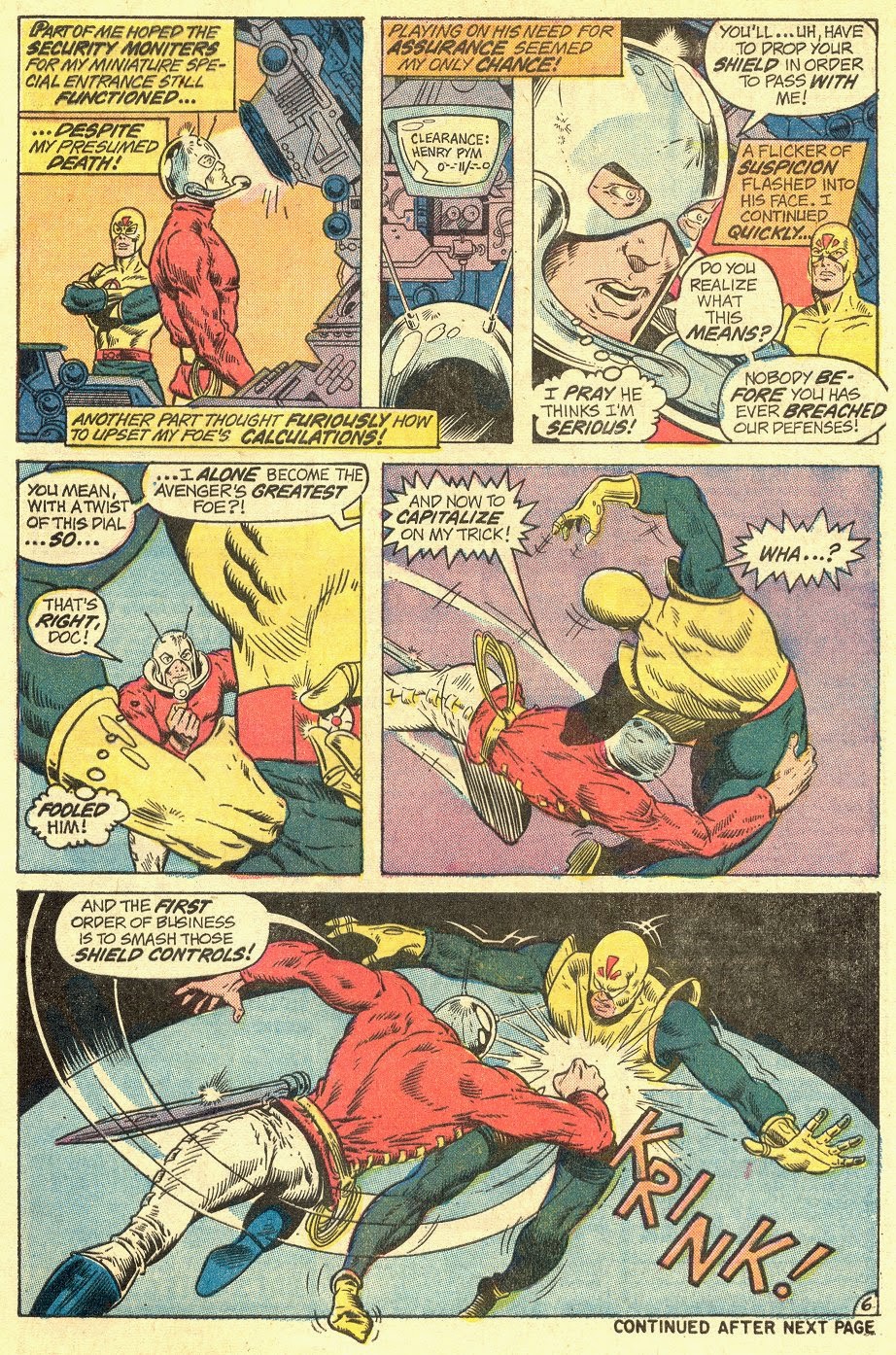 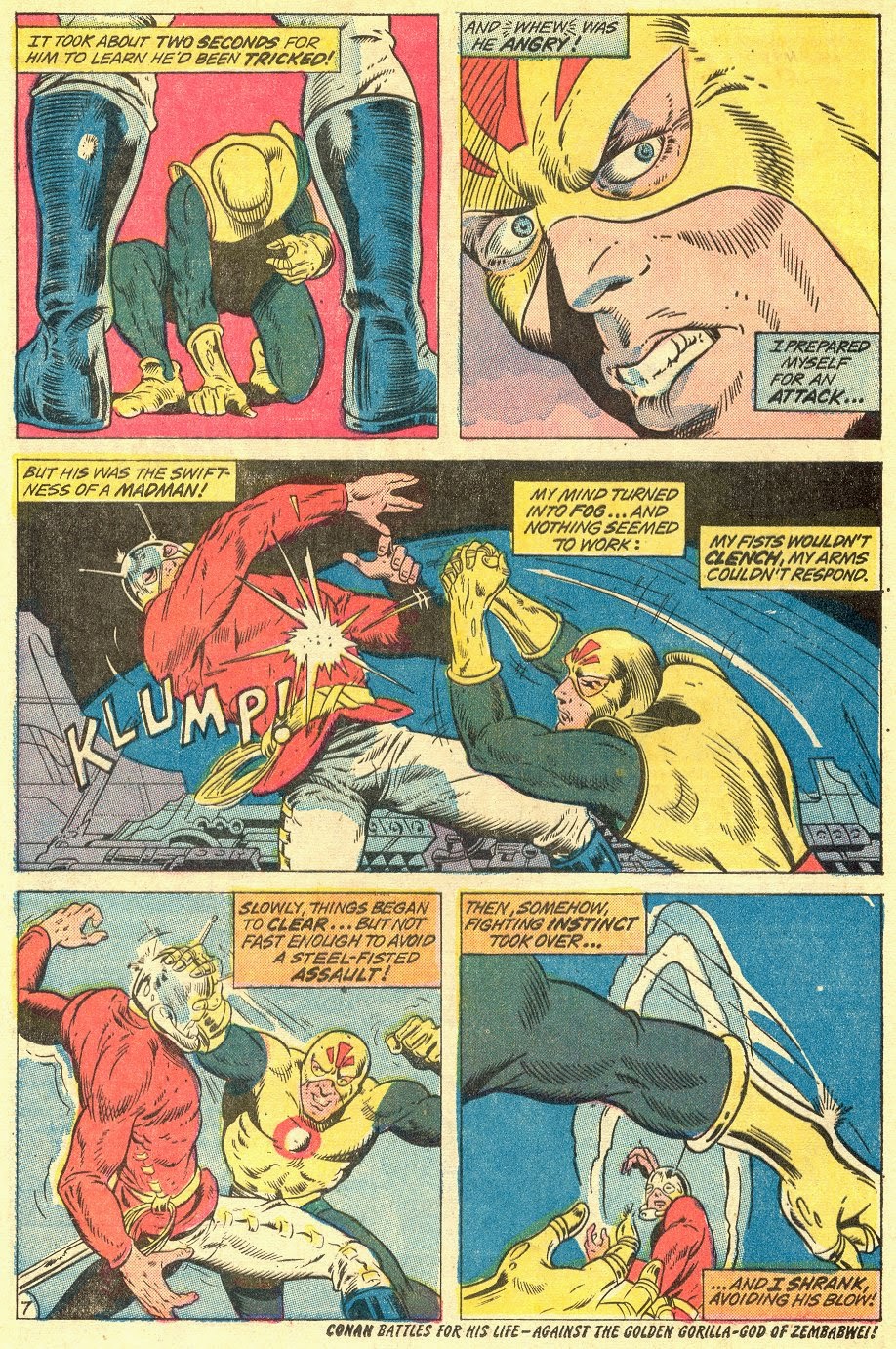 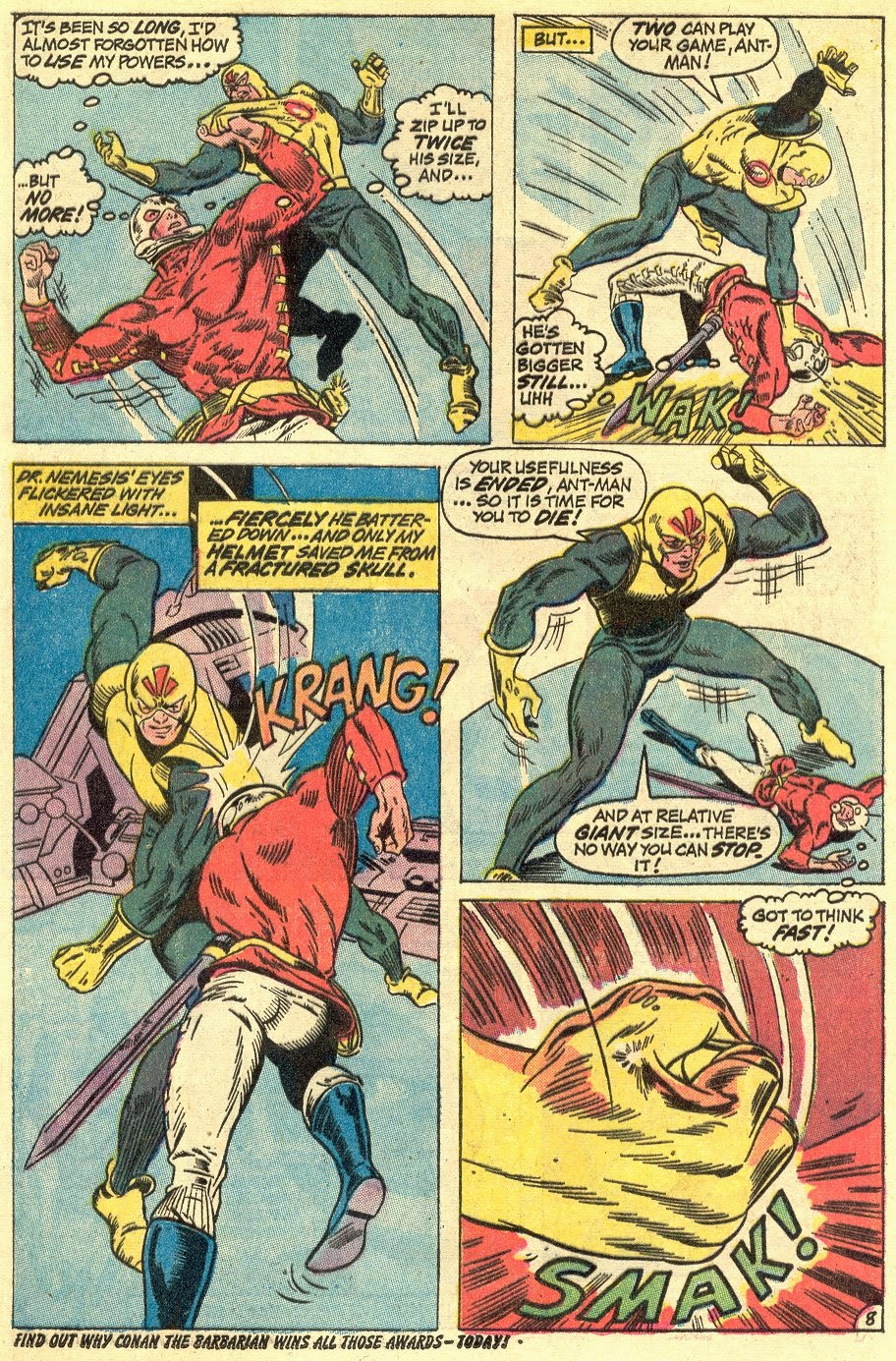 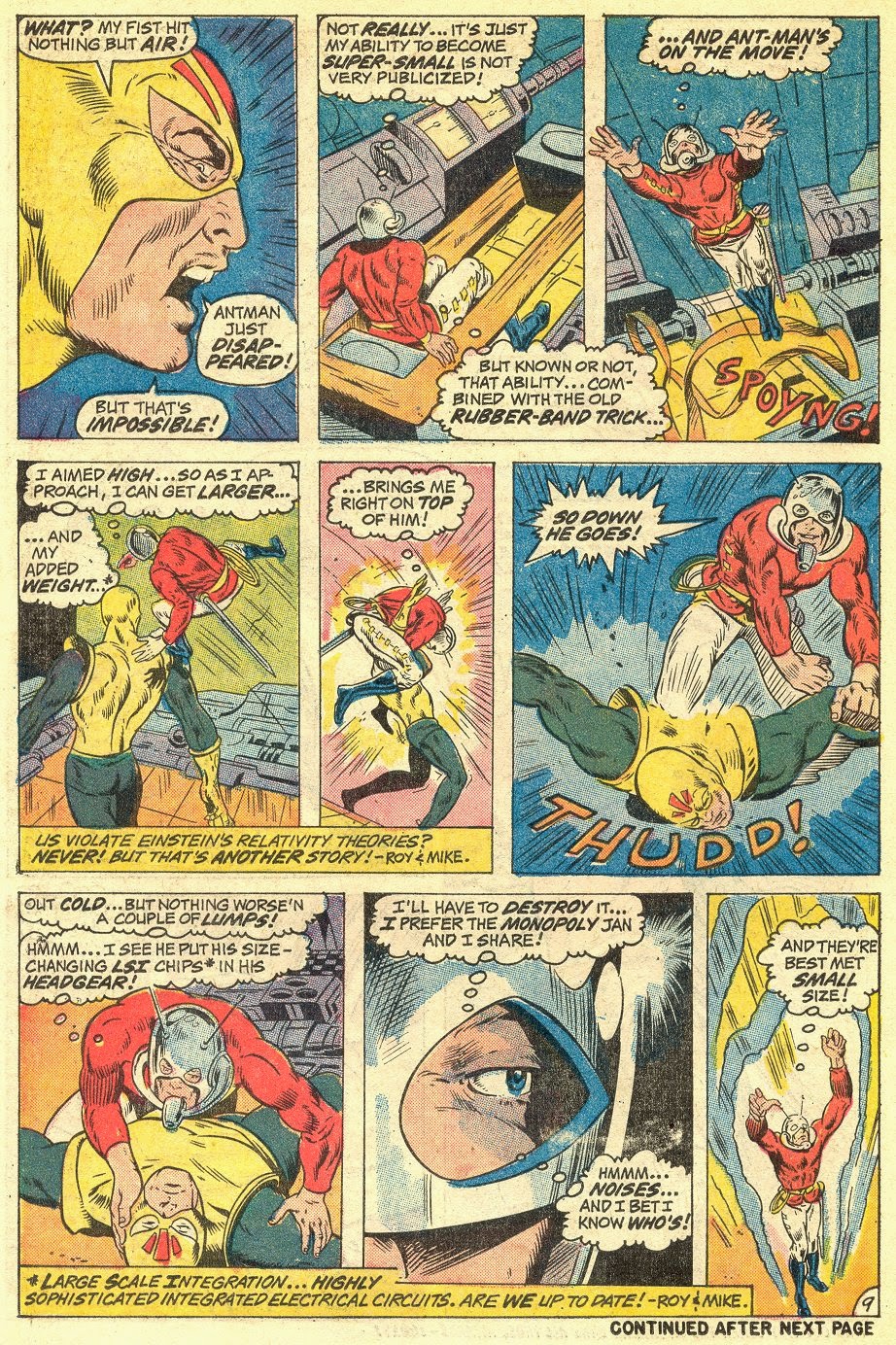 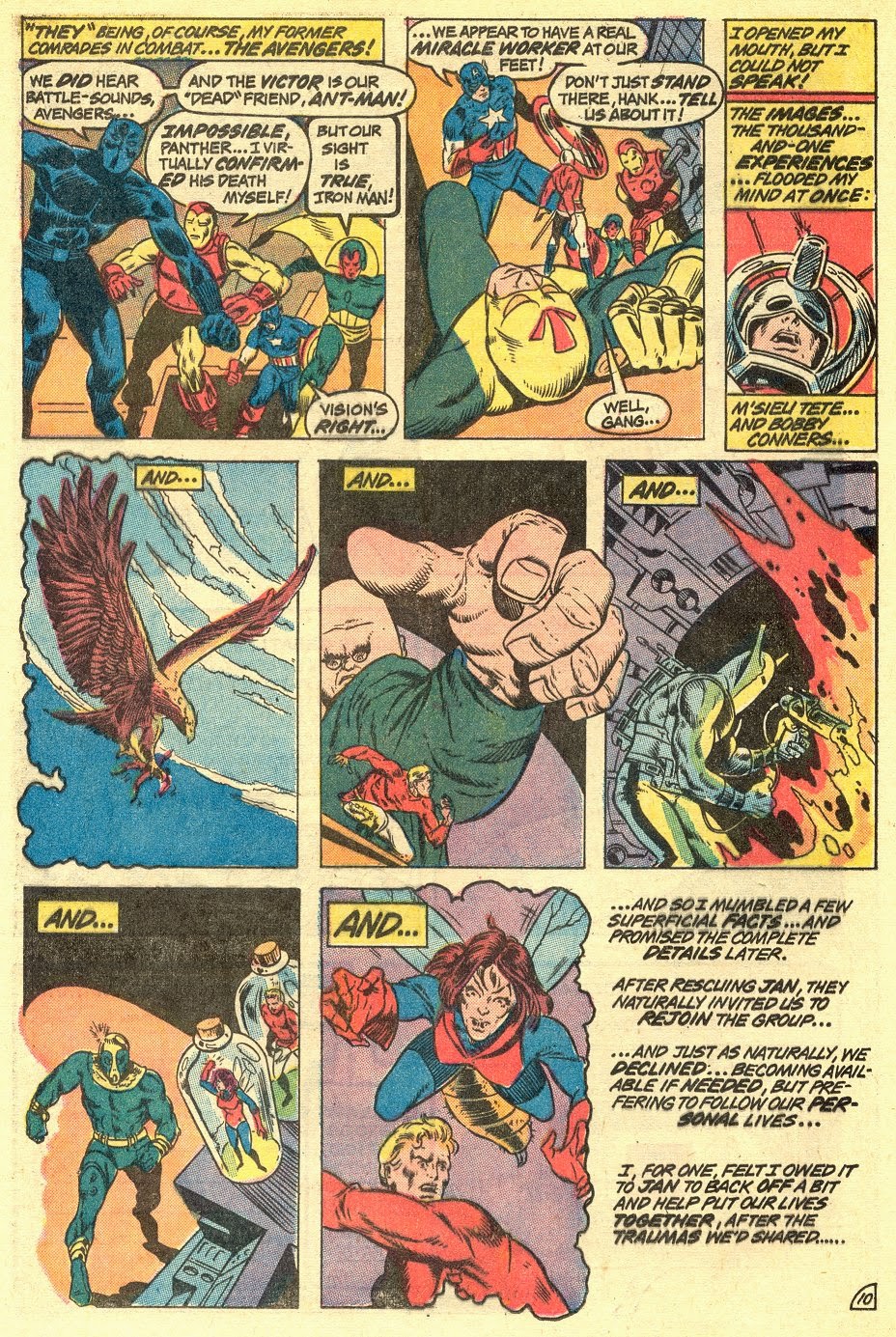 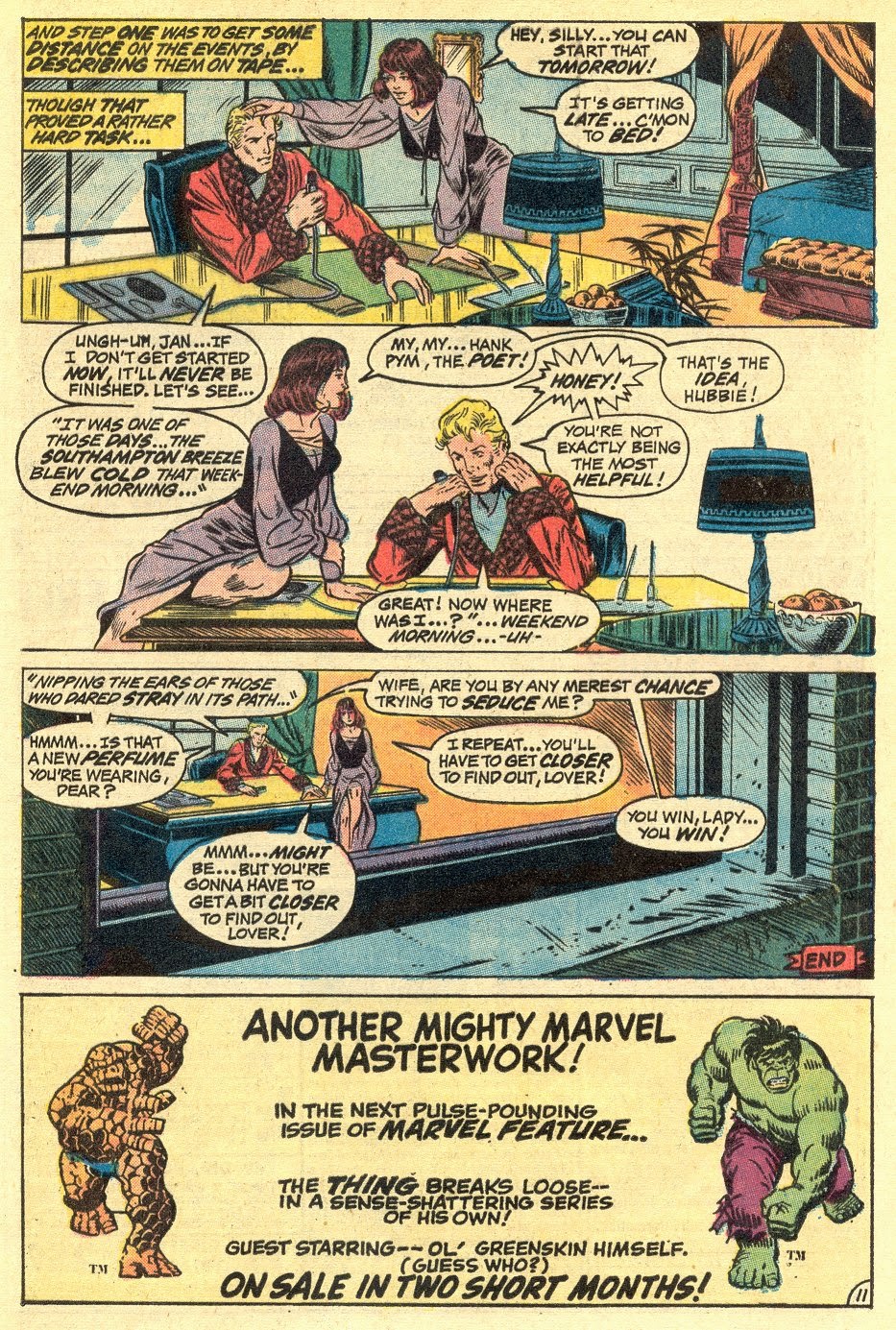