Hey, hey, hey, Groove-ophiles! Tomorrow, Captain America: The Winter Soldier will be 'pon us. Ol' Groove hopes to be part of the multitudes who hit the local cinema to see it this weekend. Love me some Cap, in the comics and the movies! I s'pose it's not giving anything away to let it slip that James Buchanan "Bucky" Barnes will be a huge part of the new flick, so Ol' Groove thought it'd be cool to go back to the time during the Groovy Age when Marvel made the attempt to make Bucky cool. Roy Thomas, along with artists Rich Buckler, Dick Ayers, Frank Robbins, and Don Heck concocted a mini-epic in which the Invaders (Cap, Sub-Mariner, The Original Human Torch, and Toro)  were captured by the Red Skull, leaving Bucky (not worth of the Skull's attention) alone. Bucky, with Captain America-like determination, set out to collect a new group of heroes to rescue the Invaders: The Patriot, The Thin Man, Red Raven, The Whizzer, and Miss America (the last two had recently been revealed to have maybe/perhaps been the parents of Quicksilver and The Scarlet Witch). The group would be called The Liberty Legion, after Roy's boyhood/fan-days "tribute" to The Justice Society (or perhaps The All-Winners Squad?). The story ran back-and-forth between Invaders (issues 5-6) and Marvel Premiere (issues 29-30). Here's Bucky, large and in charge courtesy Thomas, Heck, and Colletta! From Marvel Premiere #29 (January 1976)... "Lo, The Liberty Legion!" Check it out! 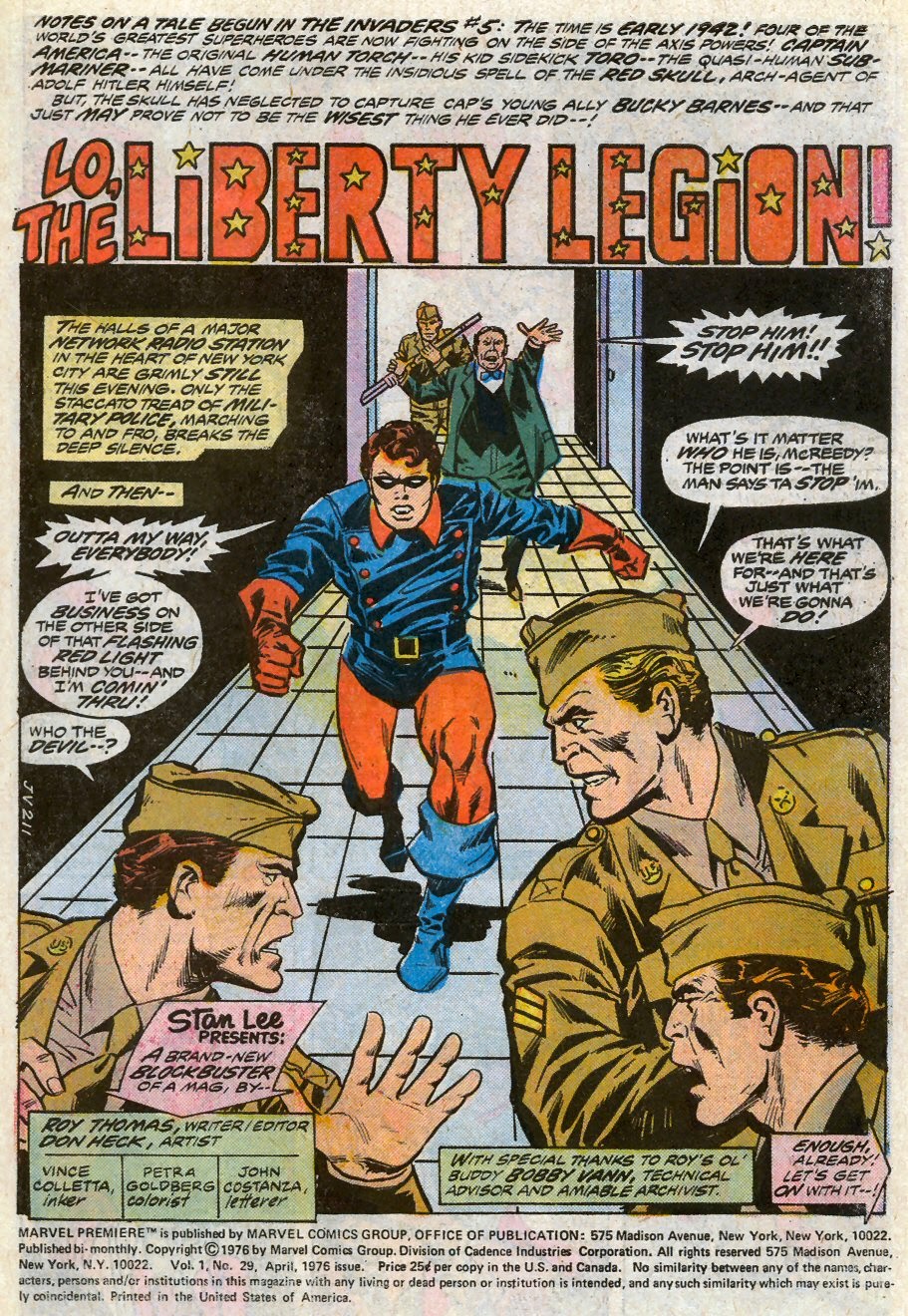 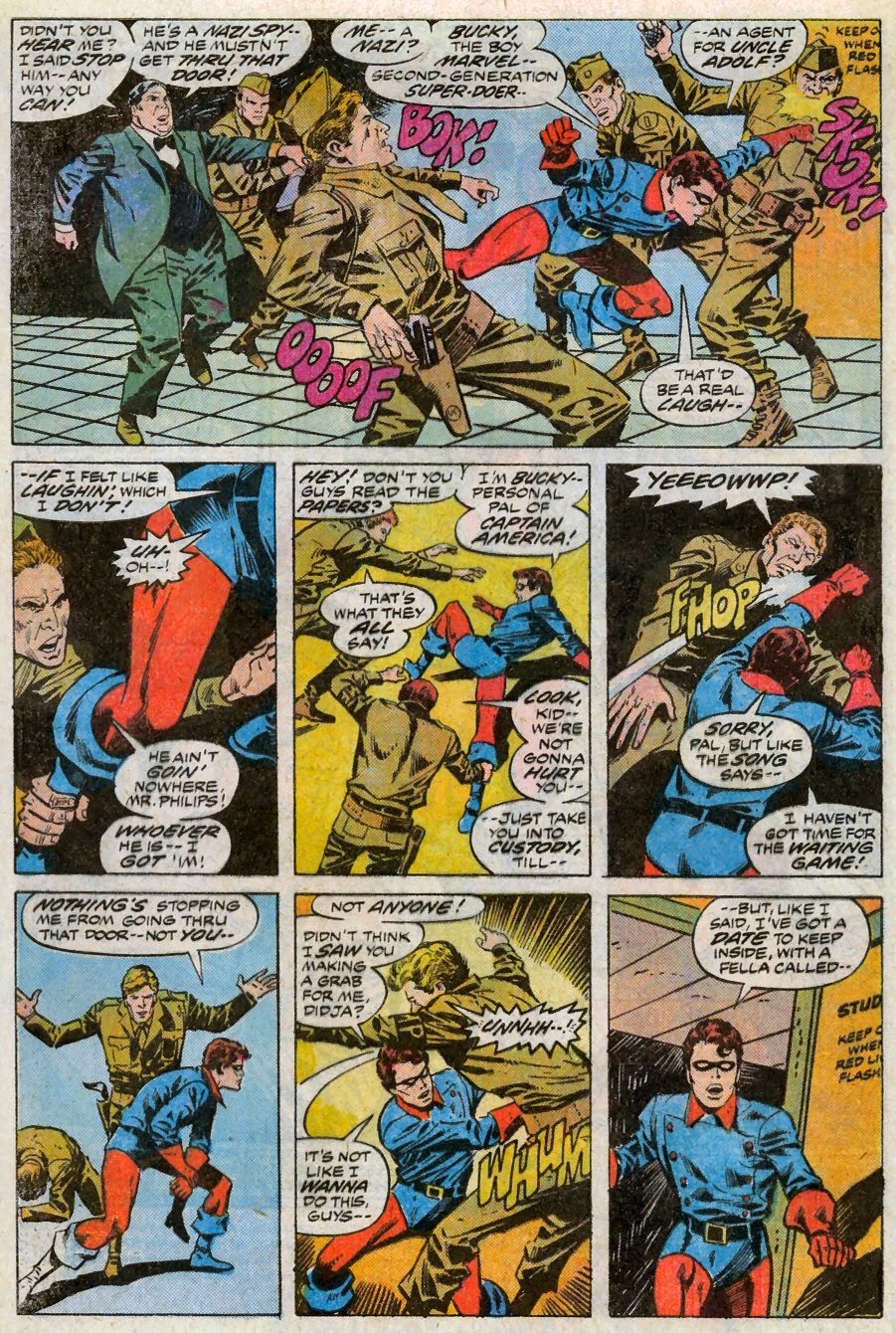 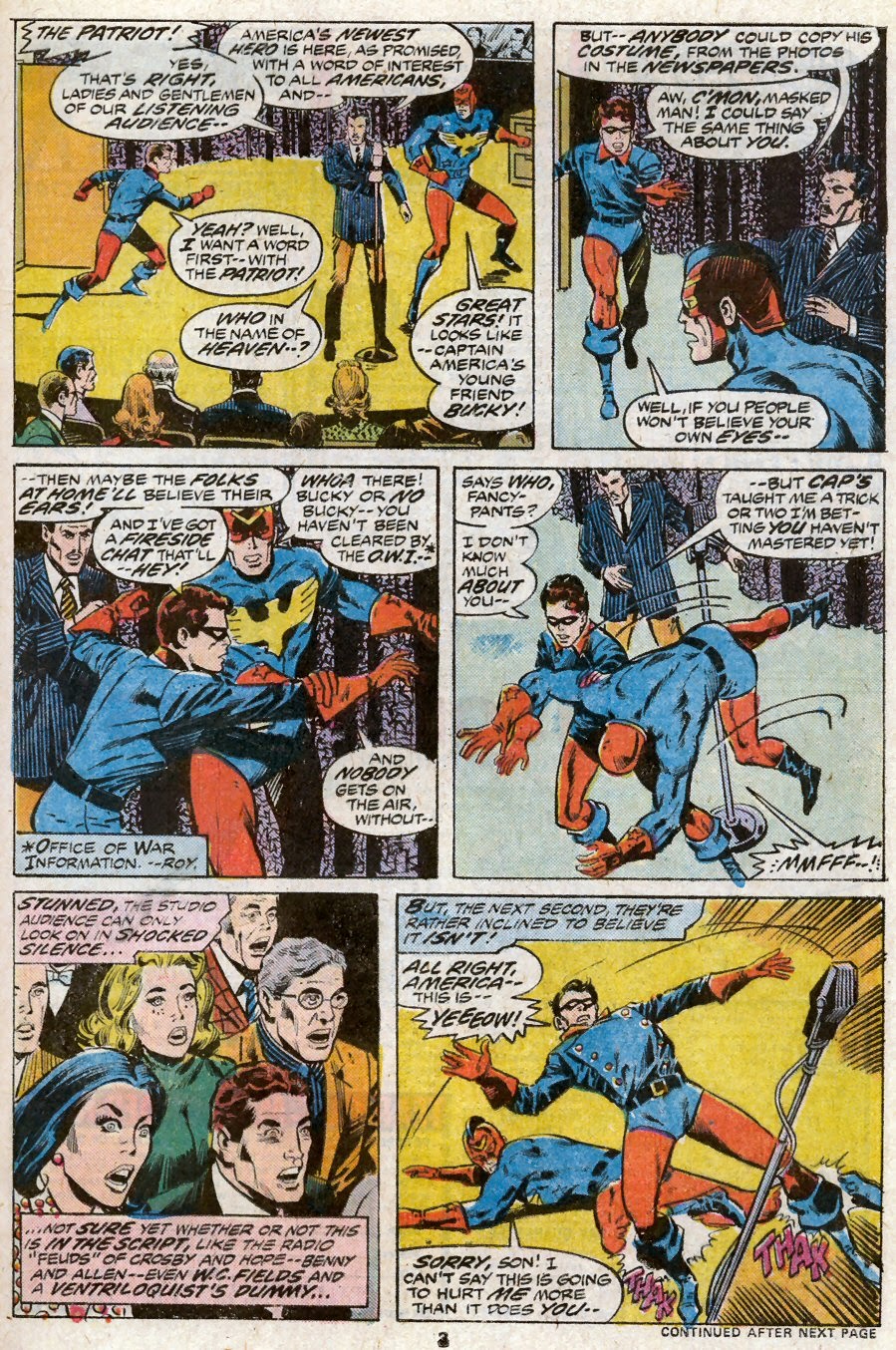 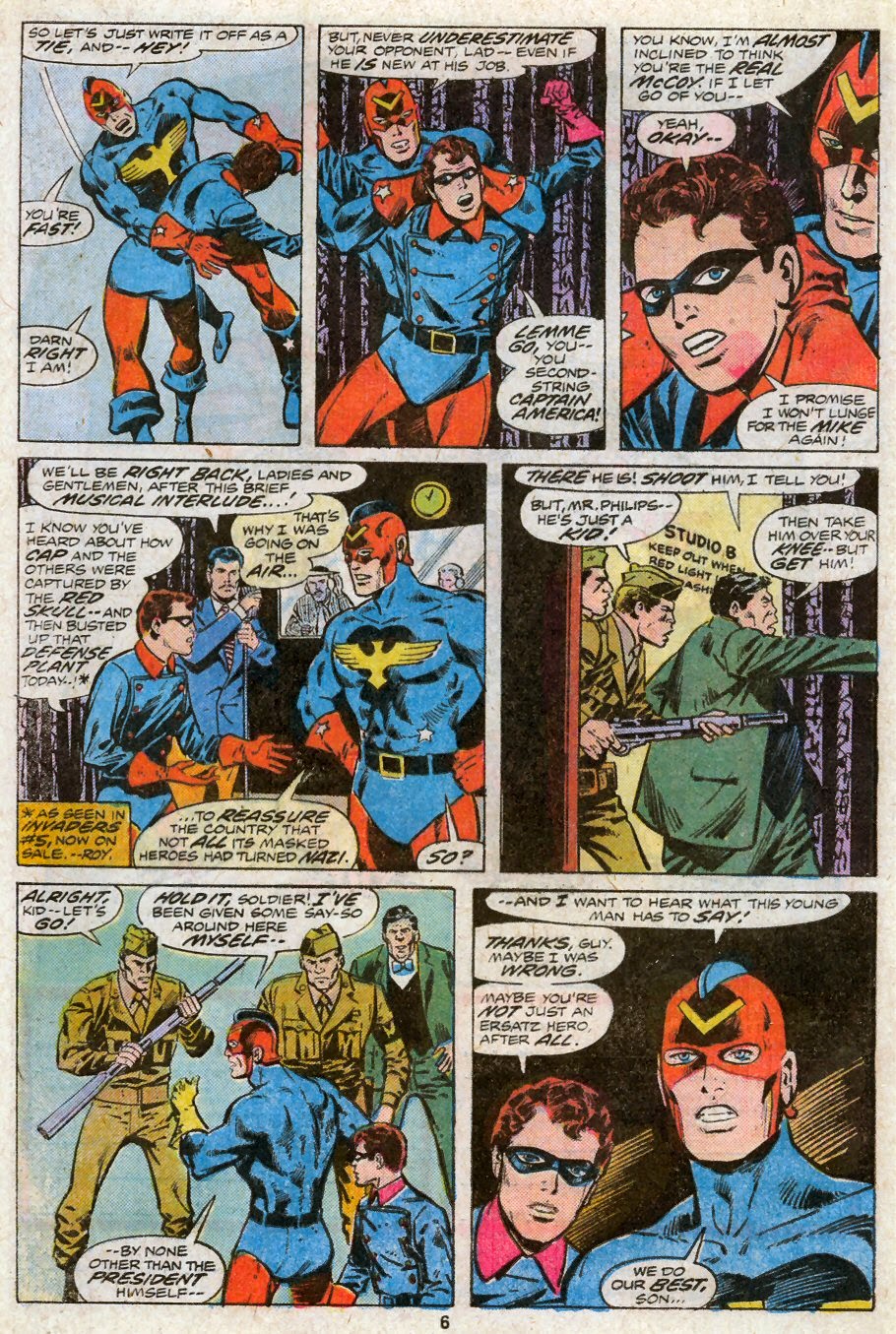 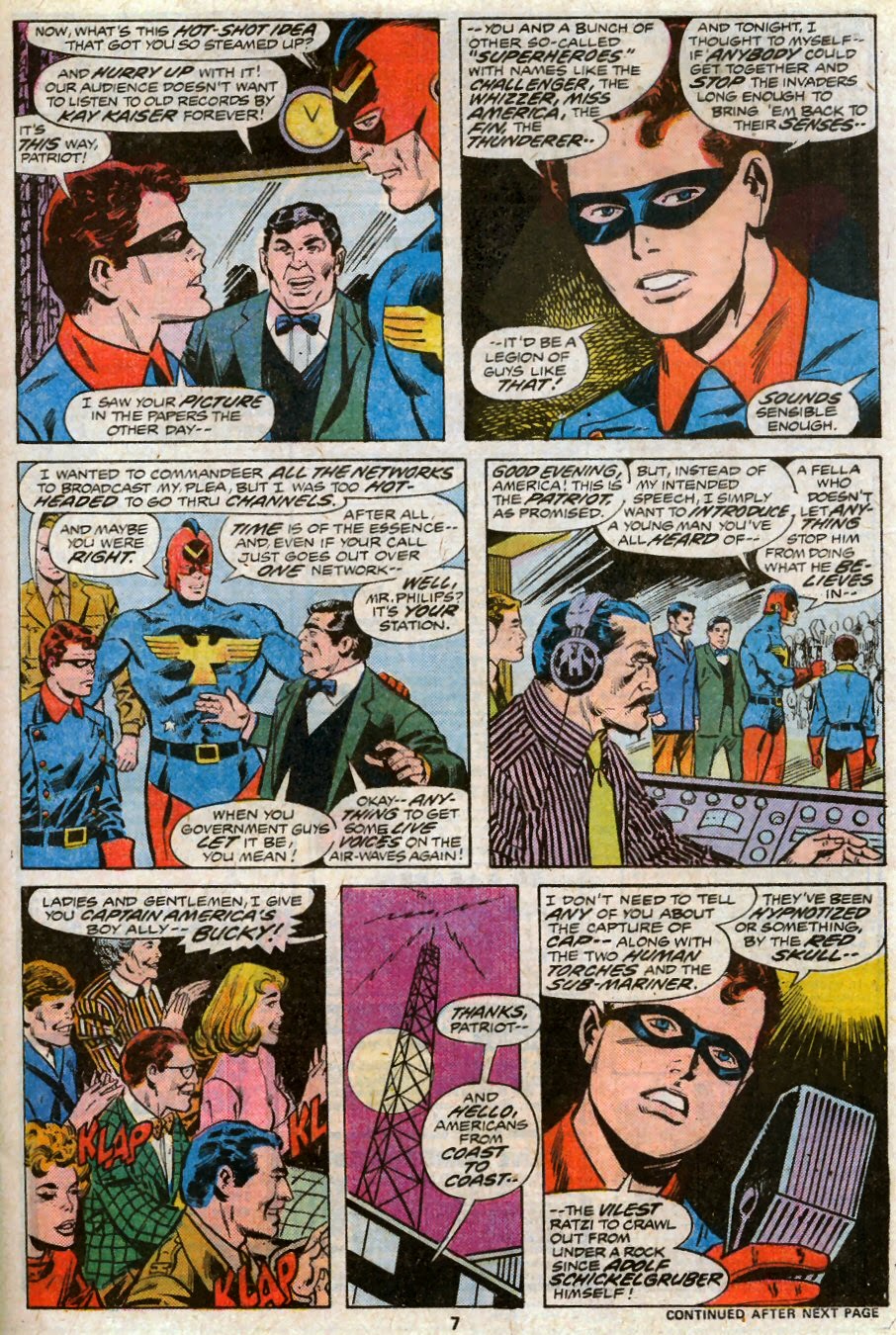 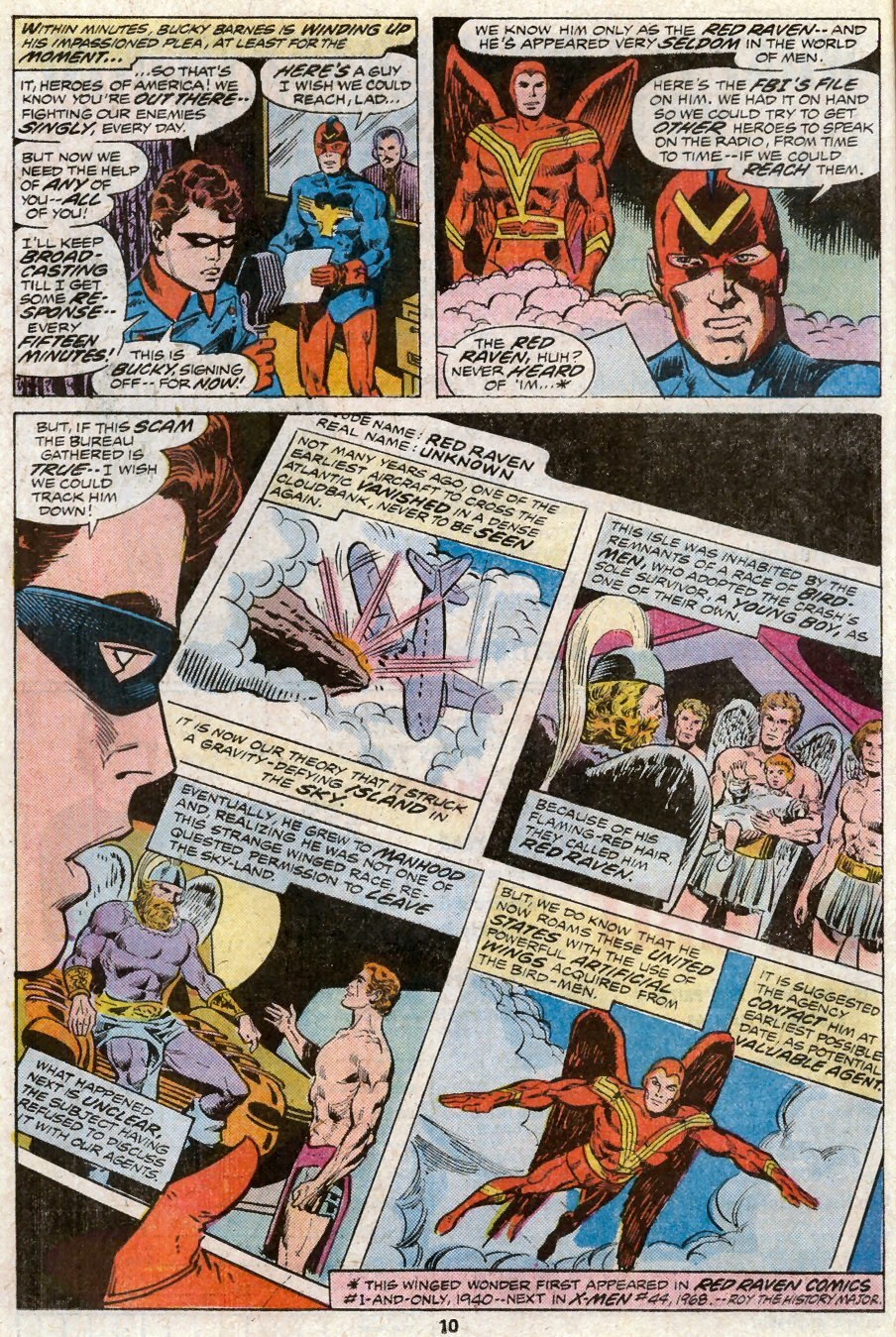 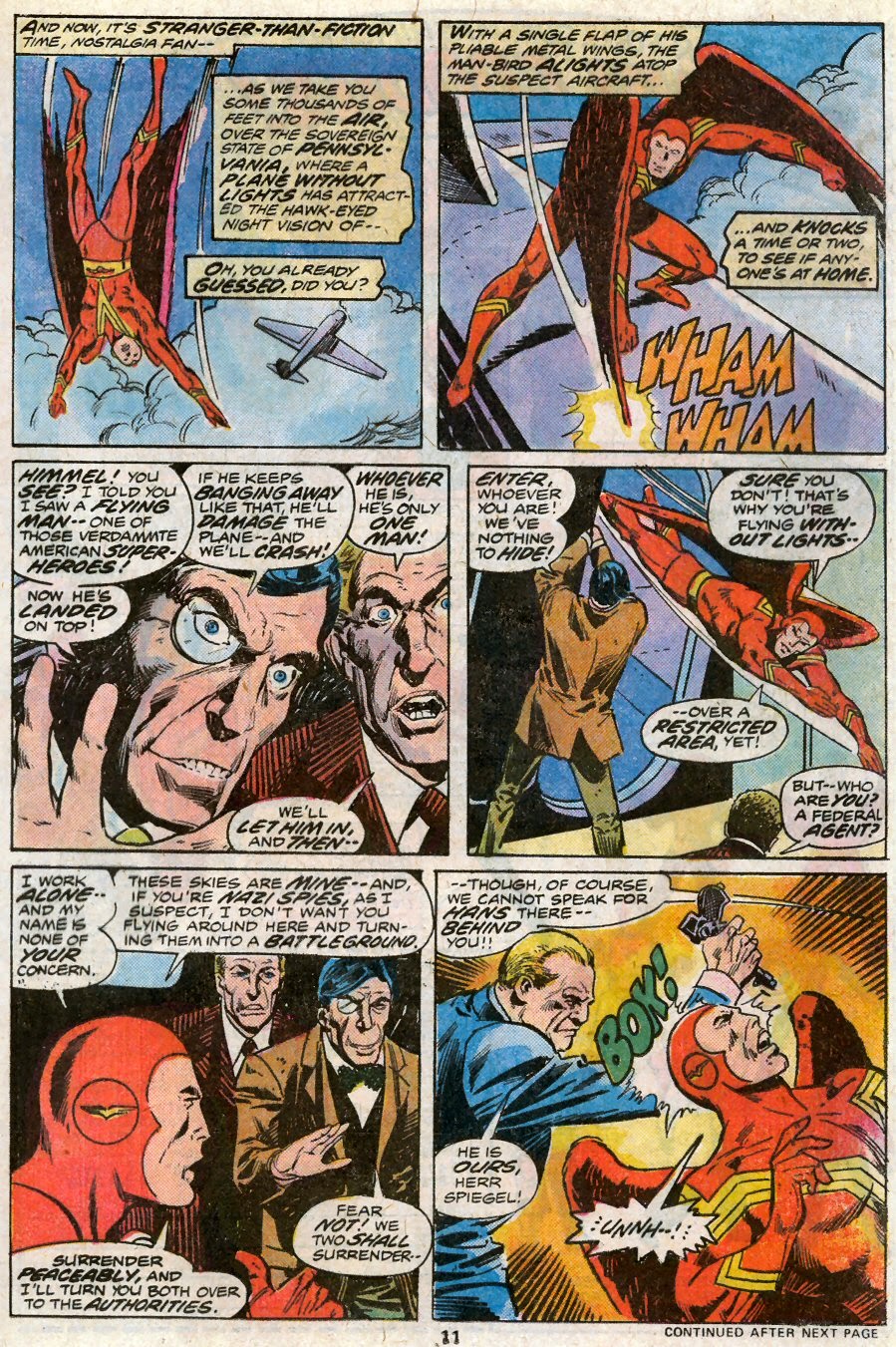 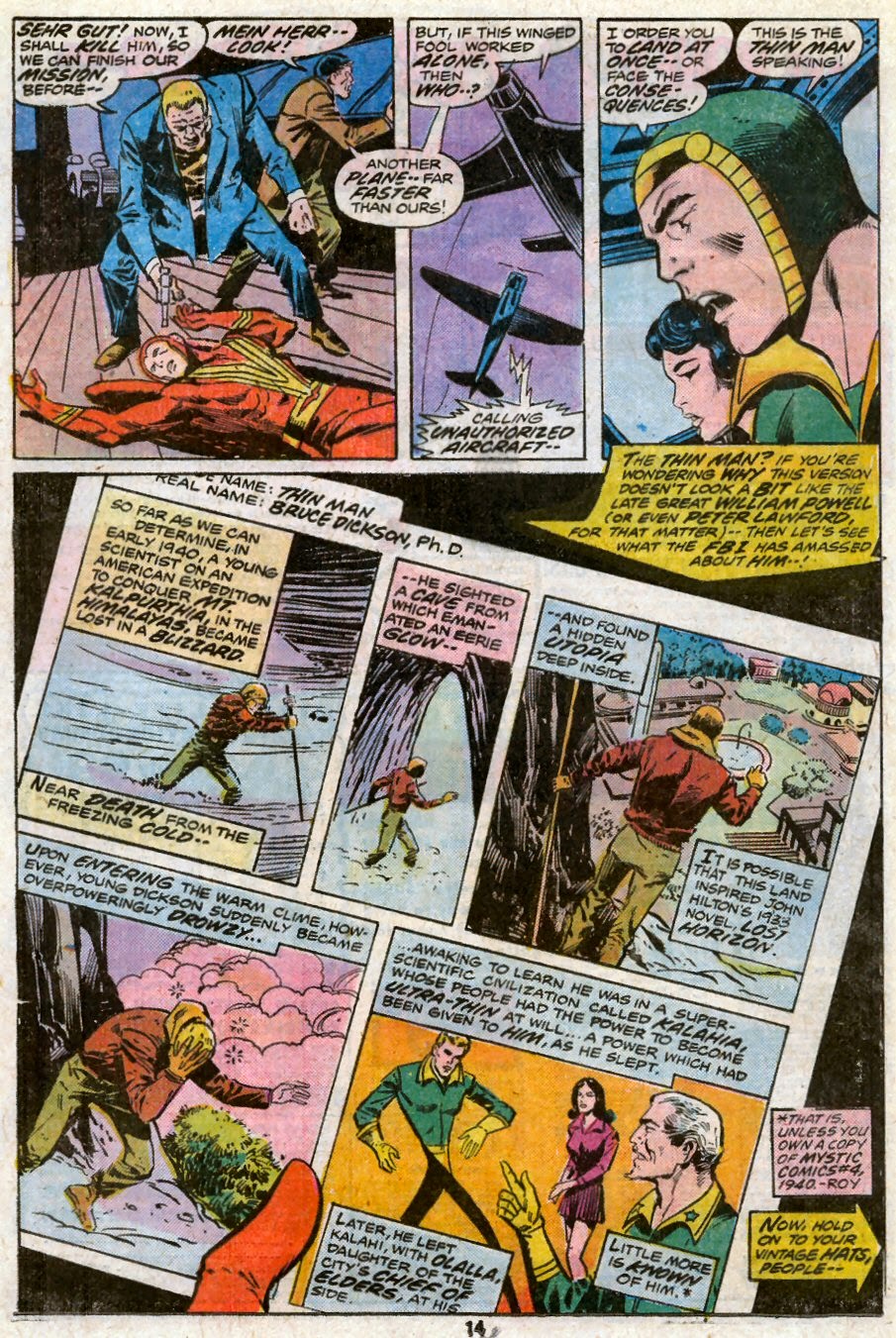 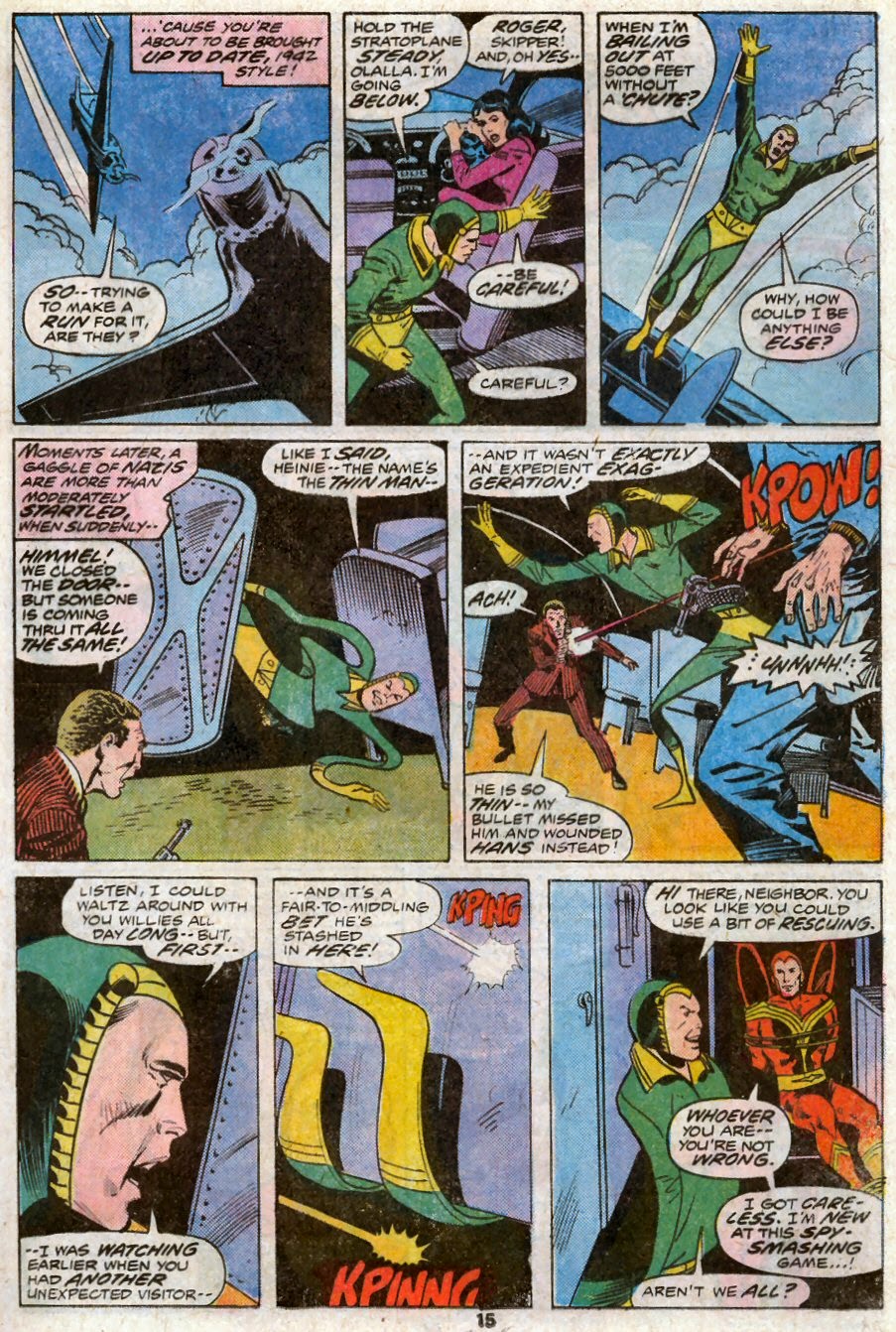 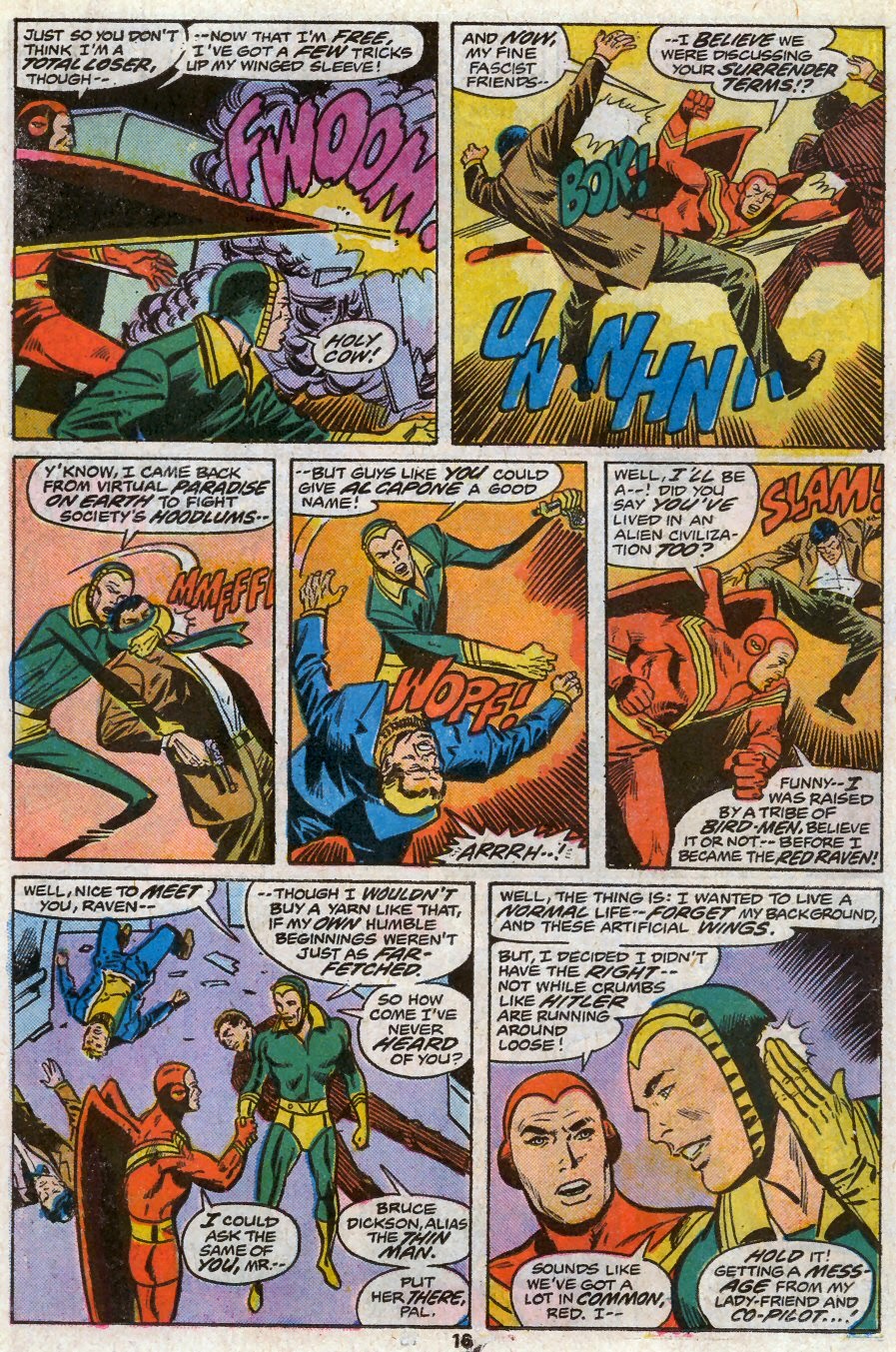 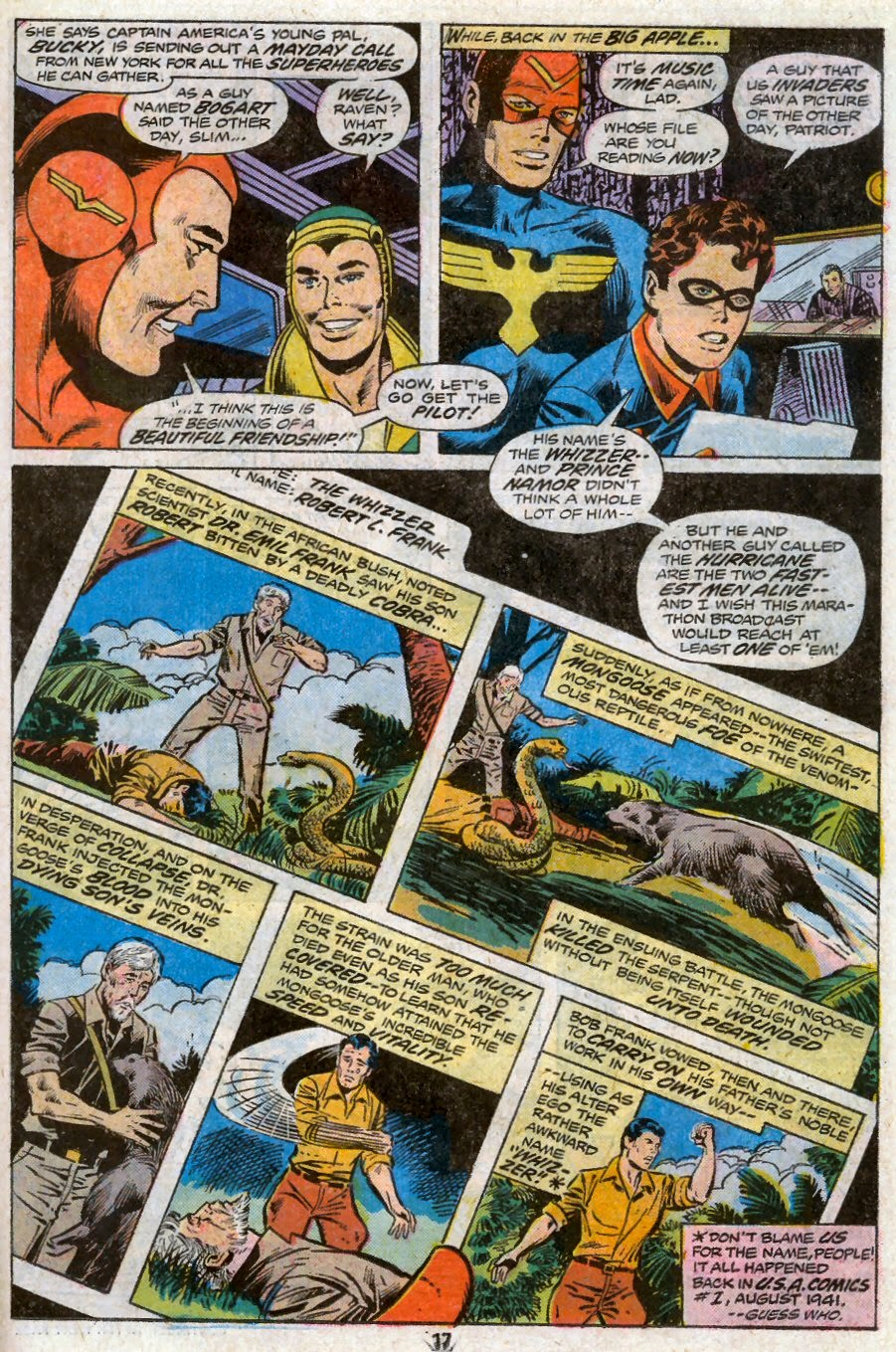 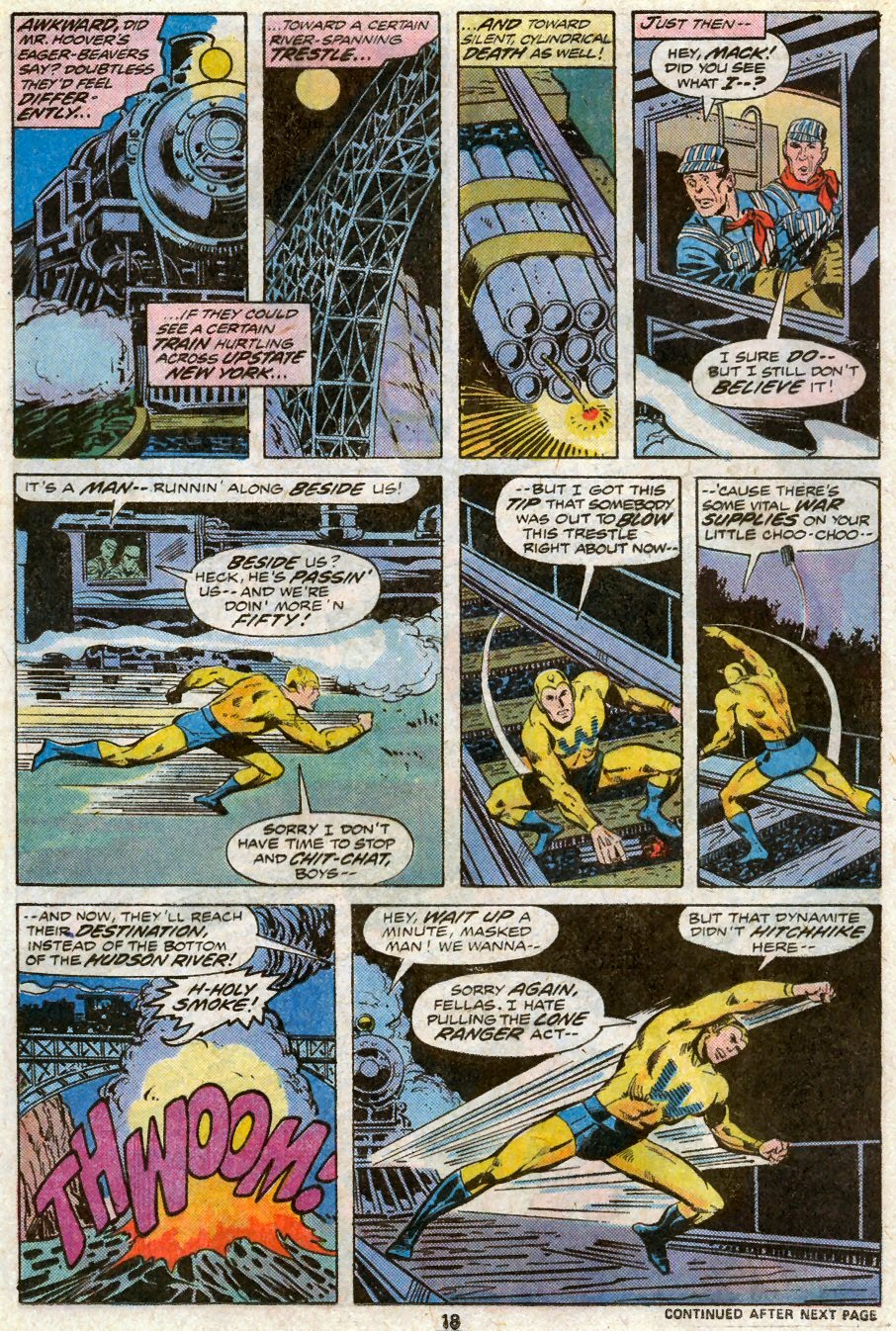 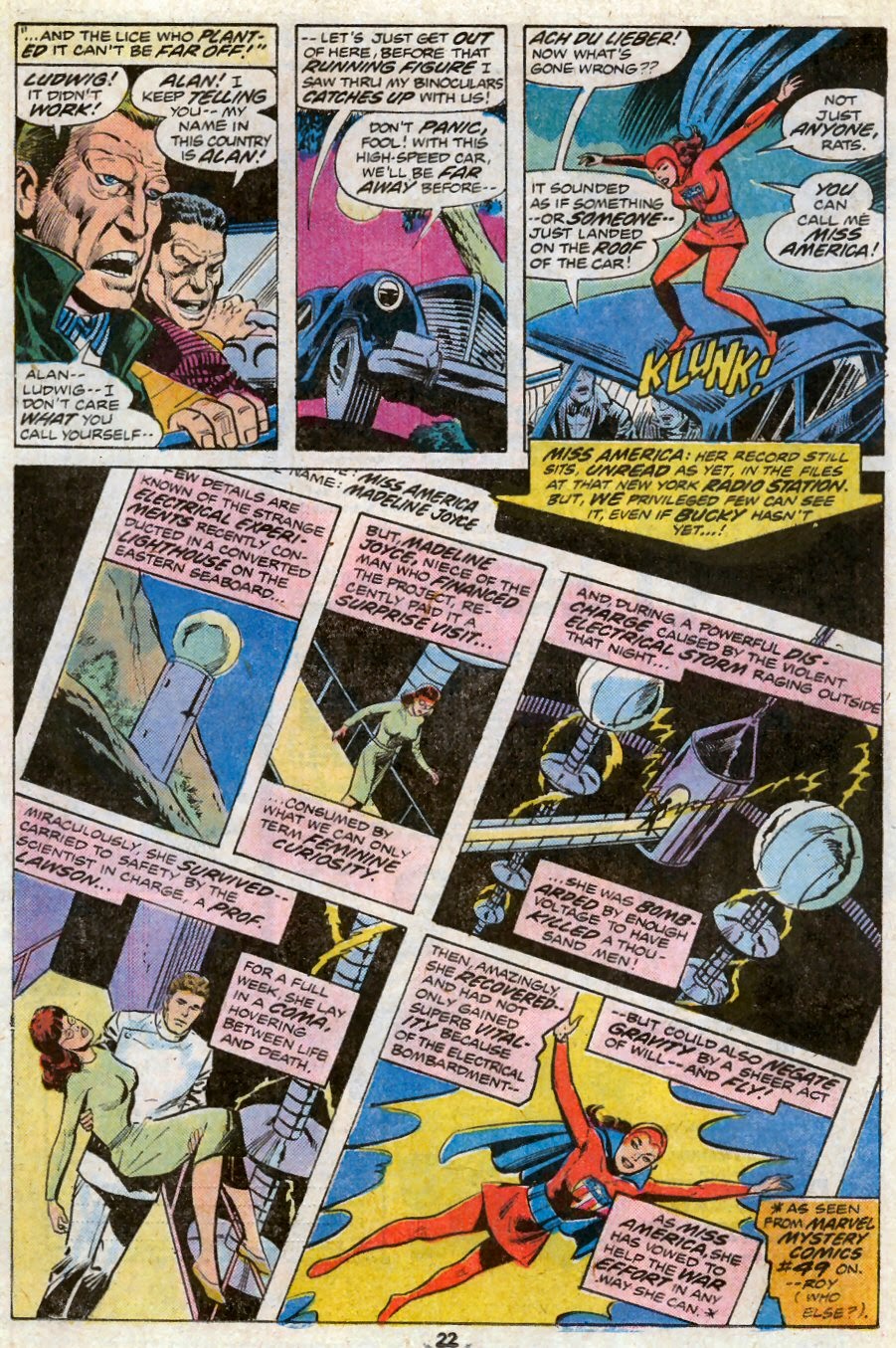 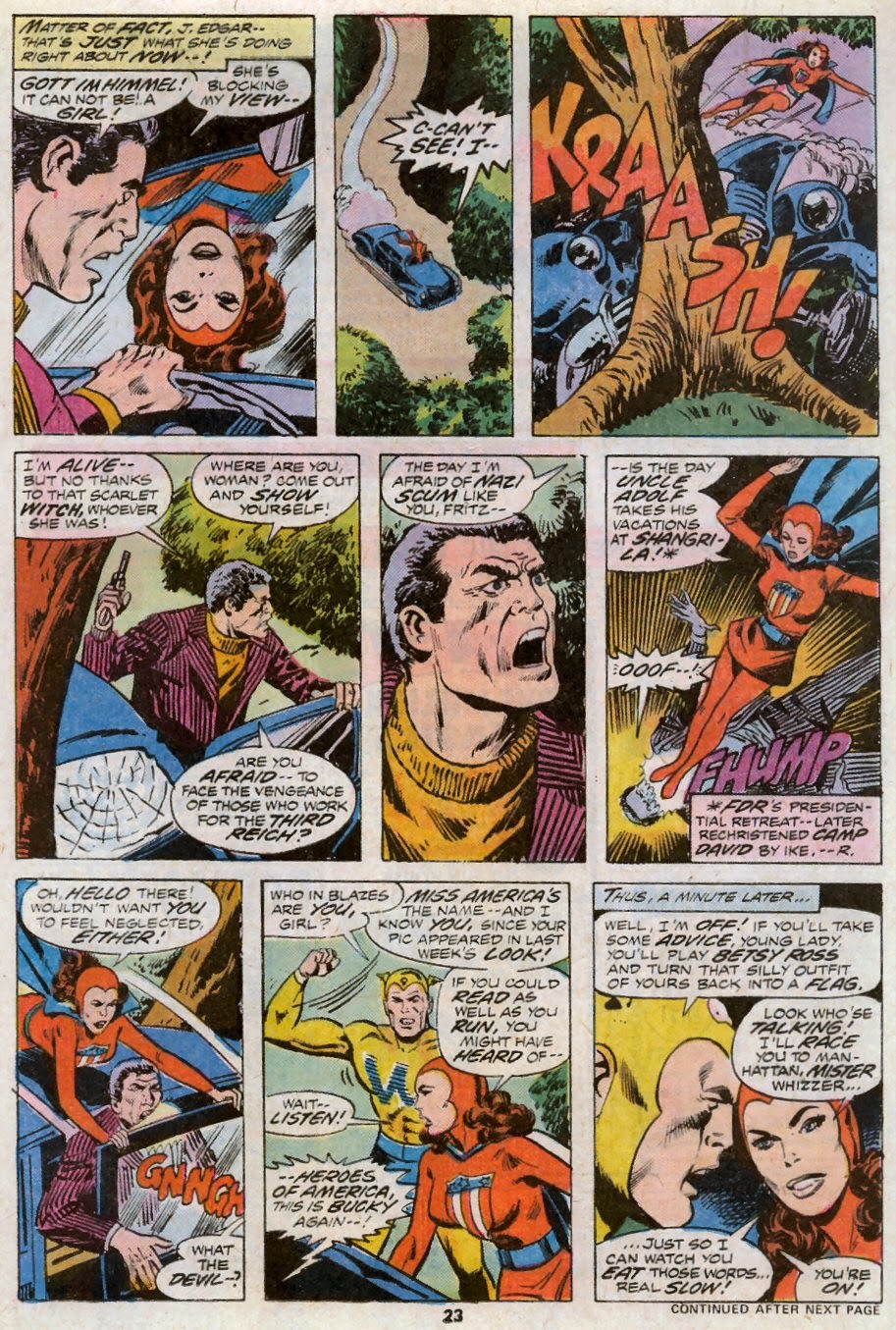 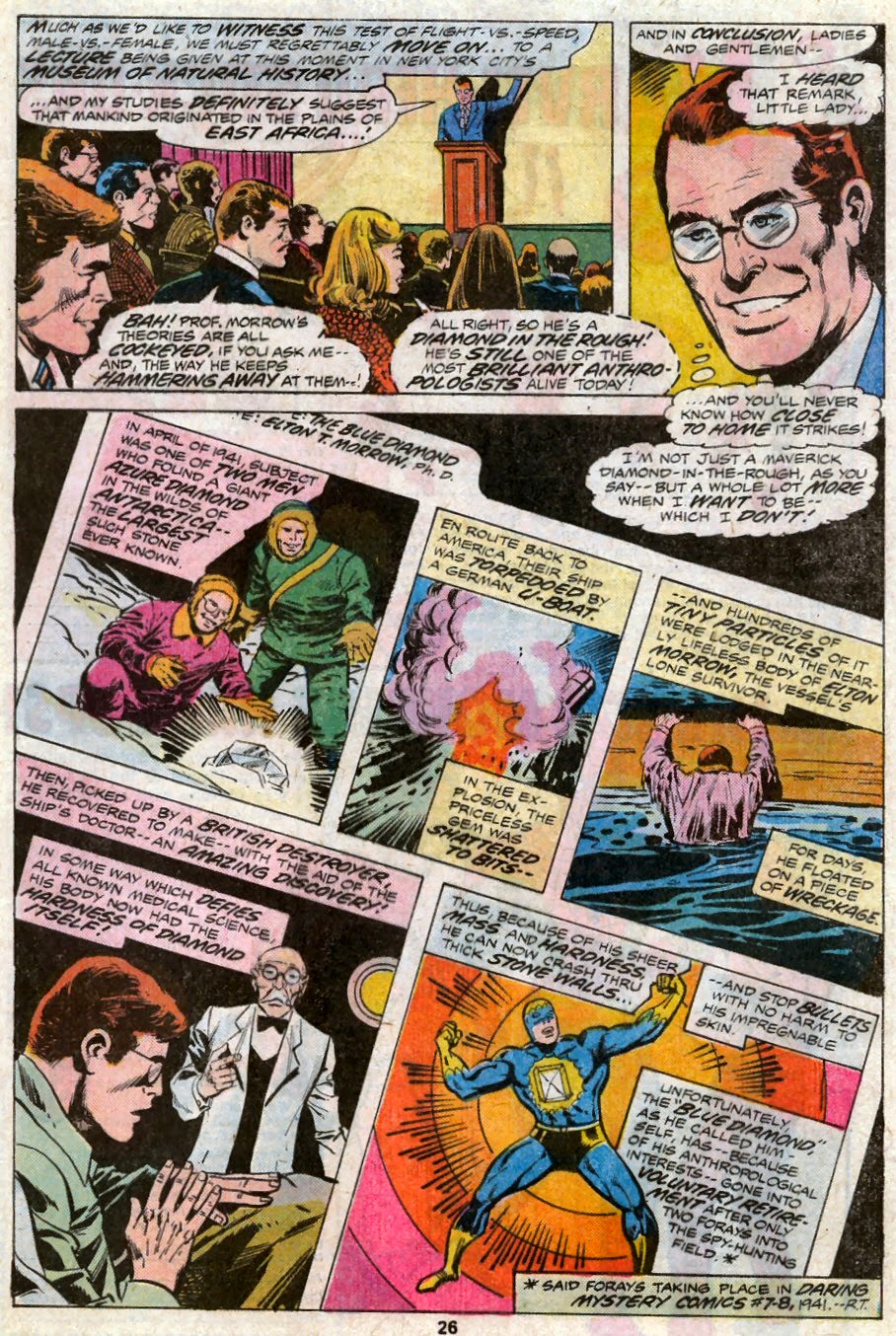 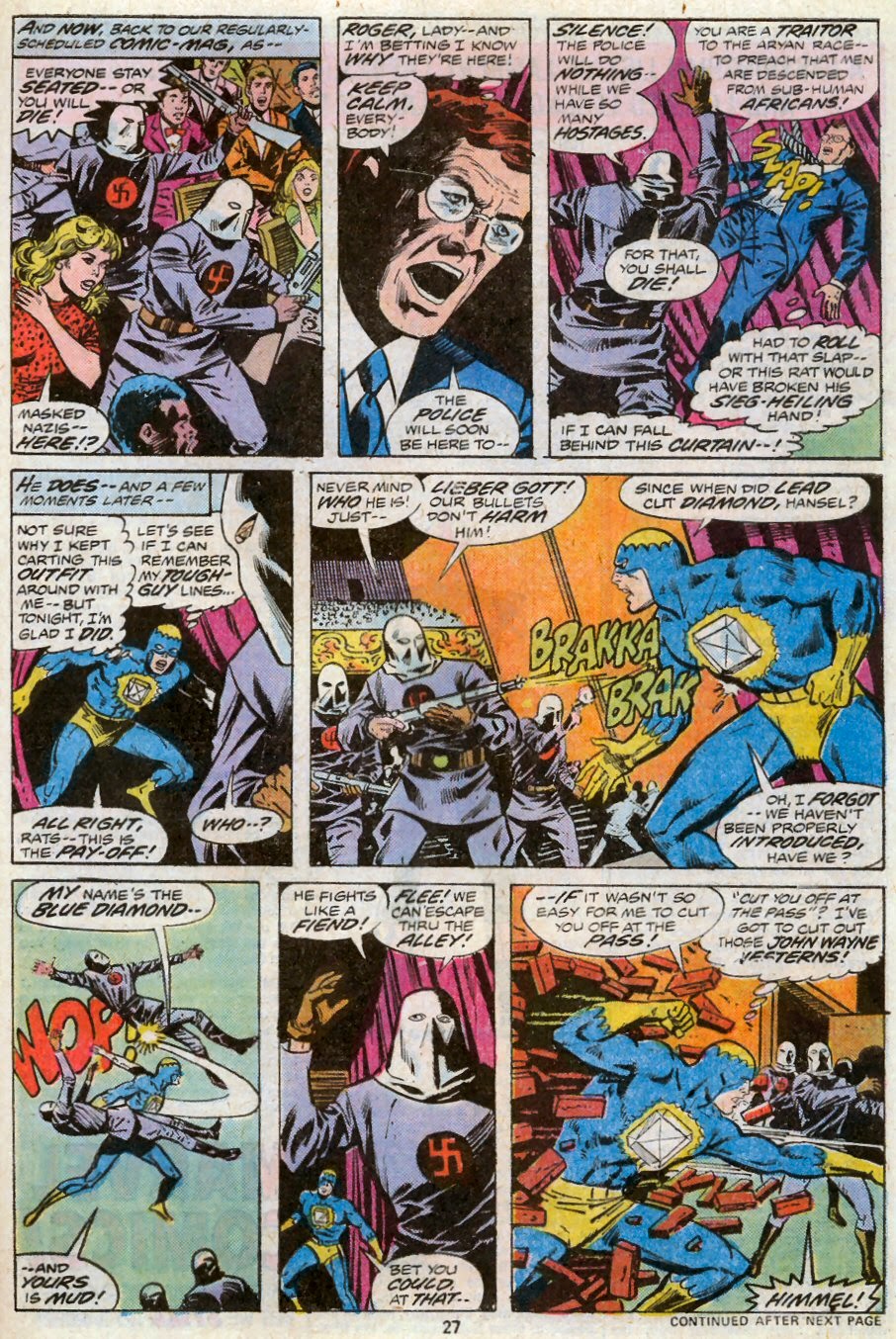 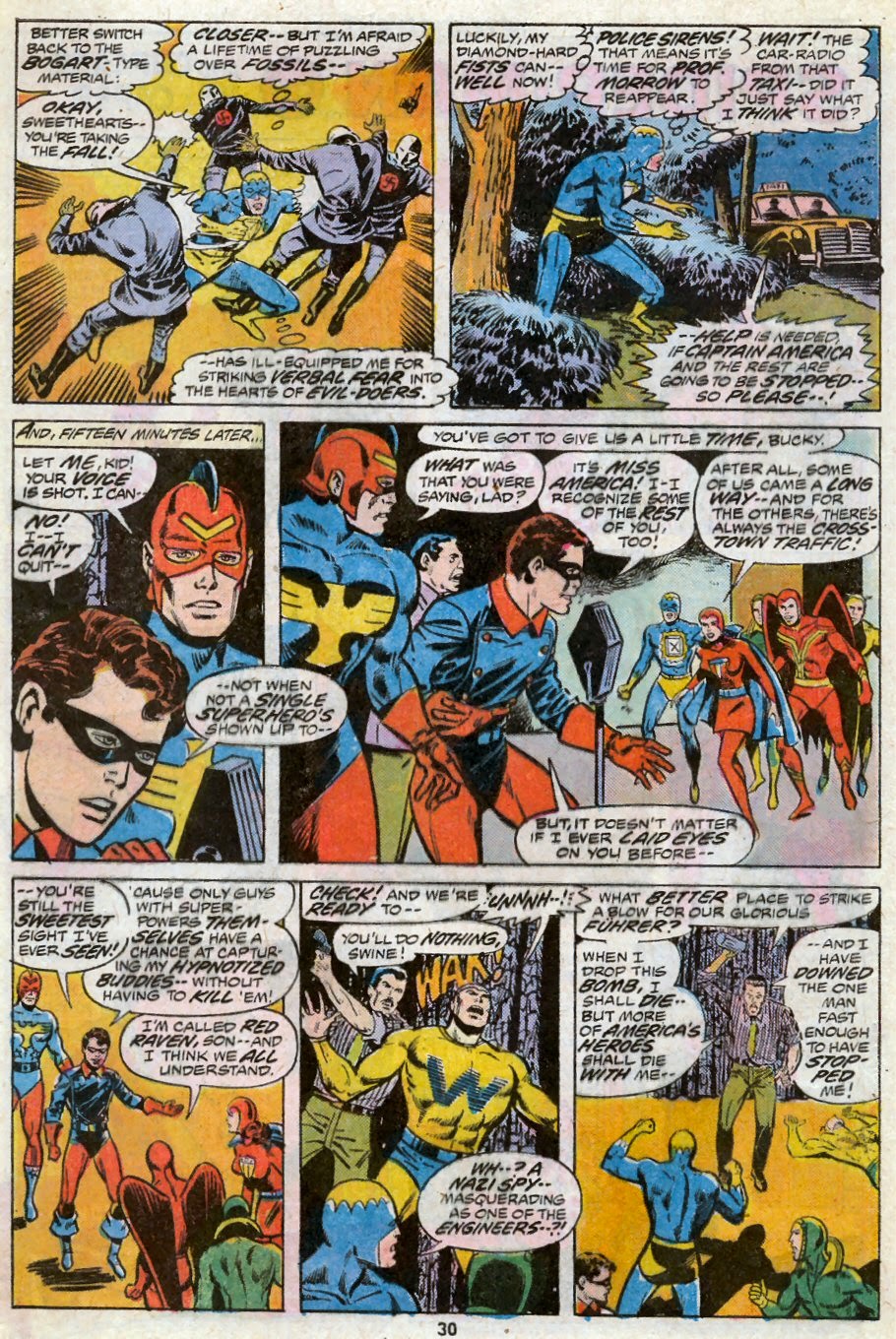 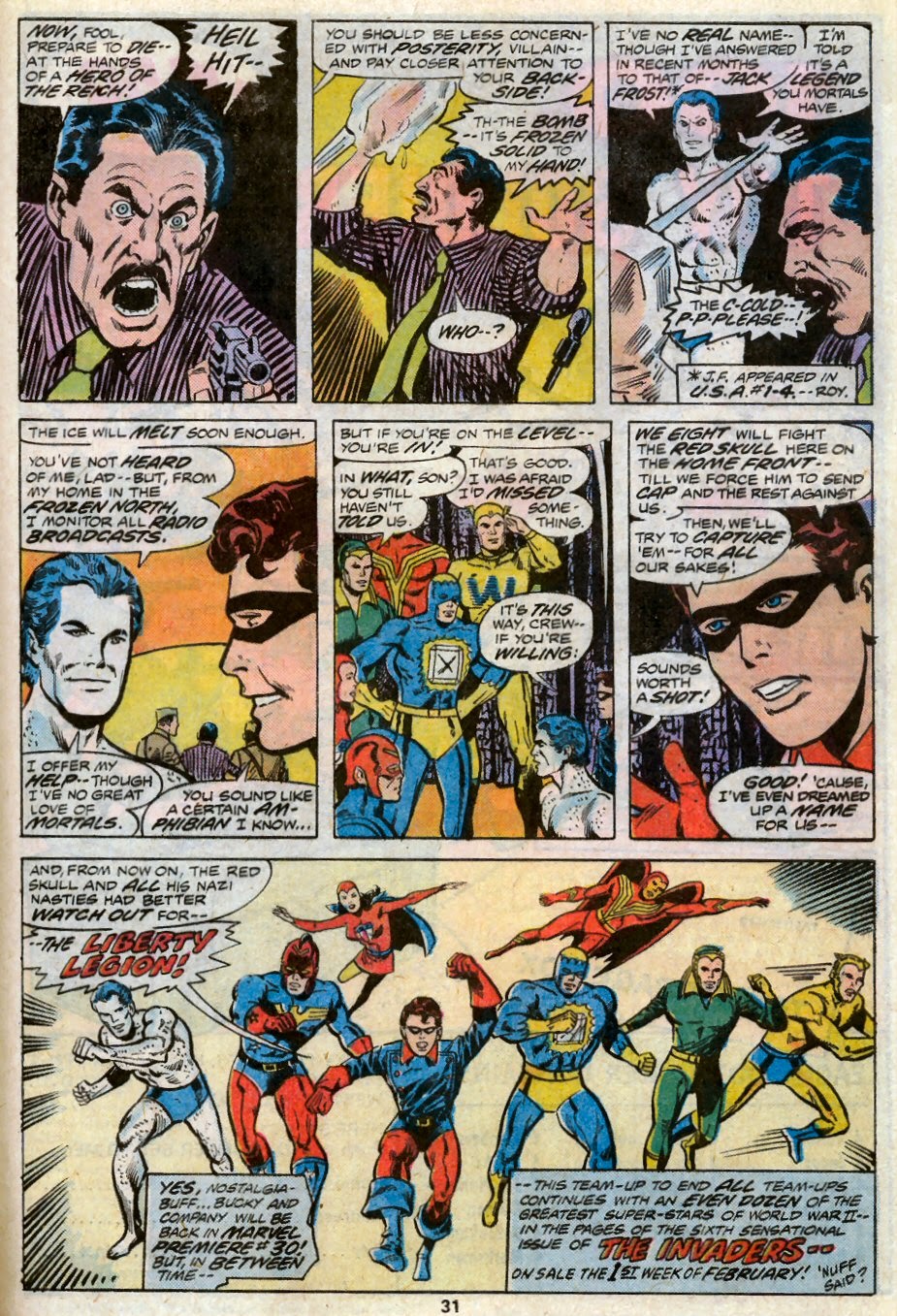 And just 'cause Ol' Groove loves ya baby, here's Roy's behind-the-scenes on The Liberty Legion: 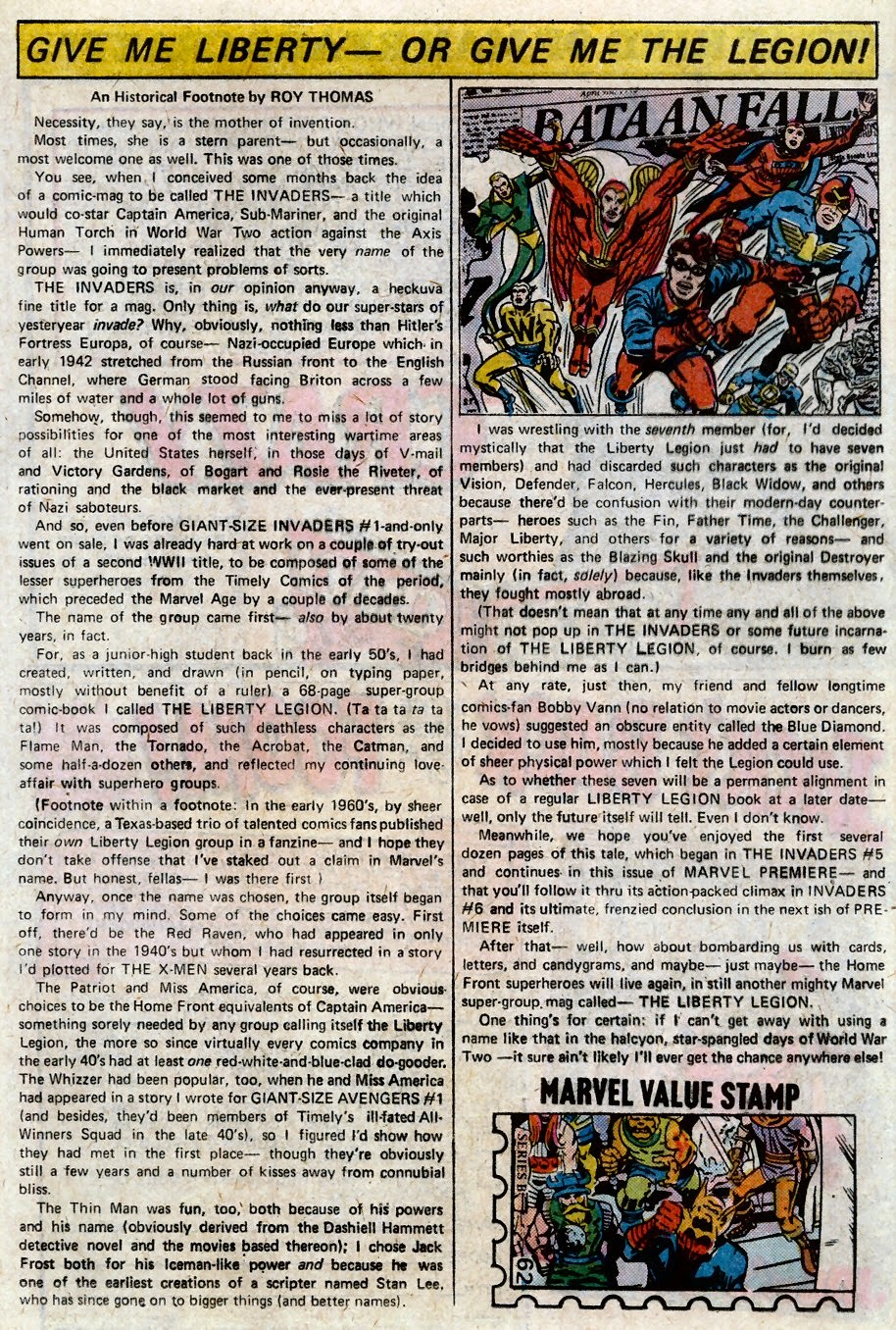