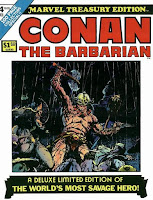 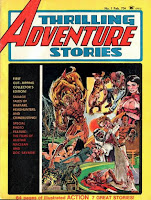 A Dizzying Display of Dy-no-mite Doings to Dispel Dejection and Deliver Delight! 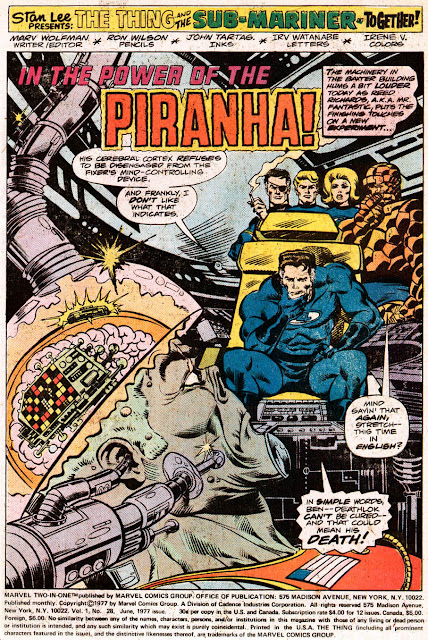 Question of the Week...

What Five Groovy Age Collections Would You Share With Your Non-Comics Reading Family Members to Get Them Into Reading Comics?


You know that Ol' Groove has always worked hard to make the Diversions a haven from The Real World of Right Now, but this is one of those rare times when I just wouldn't feel right not mentioning what's happening out there right now. With the worldwide coronavirus pandemic, the best-case scenario (and that's what we're hoping and praying for all of our pals and gals) is that we're stuck at home with our loved ones for a while. So, besides using common sense so we can stay safe and healthy (and practicing being kind to each other while we're out getting what we need to eat and stay healthy), it's likely that we're going to have to hang at home with our families for a while. Maybe we can share our favorite diversions with our families to help get our minds off the madness outside our doors for a while? That's our hope with today's post, and we hope y'all take it in that spirit.

Now, we denizens of Groove City have our comics, so boredom as we safely sequester shouldn't be a problem. But what about when boredom sets in...for them? You know, those family members who still don't get how cool comicbooks are? What if they start nagging us about why we still read those... funnybooks? Instead of berating them for their misguided concerns, we should use the opportunity to educate them--and, mayhap, to convert them to the cause of comicdom! Which leads us to the question of the week: If you could choose only five collections of Groovy Age comics to show said family member(s) why they should be reading comics, which five would you choose to help you recruit them into the ranks of Groovy Age comicdom assembled? And why those particular collections? (I'm choosing collections over single issues, 'cause, let's be realistic...we have to walk before we can run, Groove-ophiles!)

Here are my top choices, in no particular order:

Batman Illustrated by Neal Adams Vol. 3: Most everyone knows who Batman is, and most everyone has seen some or all of the movies and are familiar with his rogues gallery. That makes the Caped Crusader the gateway character to get non-comics folks into comics. This particular collection, besides being loaded with incredible Neal Adams art (often inked by the amazing Dick Giordano and written by the equally incredible Denny O'Neil), features the debut saga of Ra's al Gul, plus the Groovy Age debuts of both Two-Face and the Joker. It is zero jive to say that these stories are the definition of iconic, baby! There are a lot of great Batman collections, but this is the one I'd save from a burning building! (And if they dig this one, slip 'em Batman Illustrated by Neal Adams Volume 2, Englehart/Rogers' Batman: Strange Apparitions, Tales of the Batman: Archie Goodwin, and Legends of the Dark Knight: Michael Golden!)

Captain America and the Falcon: The Secret Empire: If you have family members who don't like comics but love the MCU, then you have a real shot with this one (especially if they're fans of the Winter Soldier flick!) With the Secret Empire Saga, Steve Englehart, Sal Buscema, and friends gave us the Marvel Universe version of Watergate. In true Marvel style, though, we got plenty of action, super-villains, and super-heroic guest stars (including the X-Men, Nick Fury, Black Panther, the Avengers, Hawkeye, and I probably forgot someone...). I don't talk politics here on Diversions, but I know a lot of folks who dig the intrigue. If the non-comics fan in your fam is into that bag, then this Cap saga should really turn them on! (And if they groove to it, get 'em Captain America: Hero or Hoax The Epic Collection!)

Showcase Presents: Warlord: Science fiction and fantasy combine with flat-out high adventure making for some of the most fun and unique comics ever. Edgar Rice Burroughs and his peers might have inspired creator Mike Grell, but Iron Mike made Warlord a comic like no other of it's time. His mature characterizations, thought-provoking plots, terse captions, realistic dialogue, large (and often full page) panels were a couple decades before their time. It's no wonder that Warlord was one of DC's best-selling comics of the Groovy Age--and probably the most long-lived title to debut during that era. It's also no wonder that Mike Grell's writing and art inspired generations of comicbook creators that came after him. Still does! Plus, it stands alone in its own universe, and is decidedly "uncomicbook-y" enough to be cool to non-fans. You know. Back in the day we called 'em "casual readers."

E-Man: The Early Years: Another comic that stands out from everything else is Nick Cuti and Joe Staton's E-Man. Published by Charlton Comics, a company that rarely published super-heroes, E-Man was a breath of fresh air. A throwback to heroes like Plastic Man and The Spirit, but totally 1970s and original. It's the story of a sentient blob of energy with a fun-loving-yet heroic personality who befriends a liberated 70s young woman working her way through college as an exotic dancer. The adventures are fanciful and fun, but grounded in the realities of the 1970s without being preachy like the "relevant" comics that were in vogue a couple years before its debut. Cuti's characters were loaded with personality, his scripts were crisp and loaded with character bits (and ladled with just the right amount of puns), his plots imaginative,  and just complex enough to allow us to enjoy the underlying silliness without it being farce. Staton's art was joyous, filled to the brim with action, power, and some of the funniest sight-gags ever. If E-Man had been a comic strip it'd probably have lasted for decades!

Judge Dredd: The Complete Case Files 02: The Unites States wasn't the only country that could turn out fun, unique, off the wall comics back in the Groovy Age! The star of 2000 A.D. was (and still is) one of the coolest, funniest, most gut-wrenching, mind-bending, and breath-taking comics ever conceived. Judge Dredd is Batman, Joe Friday, Dirty Harry, The Lone Ranger, Buck Rogers, and a whole bunch more heroic icons rolled into one and given a bad attitude (minus any sense of humor). He lives in a world that seems insane--until we turn on the news. His future is a glimpse into our day after tomorrow. It's scary, sarcastic, witty, and fun. Do you get the feeling I love Judge Dredd? I'm betting that a LOT of non-comics fans can be won over by the work of guys like John Wagner, Pat Mills, Brian Bolland, John Gibbons, Mike McMahon, and company. And why did Ol' Groove pick this particular volume? Two words: Cursed Earth. It ain't Stallone, baby! Read it yourself if you haven't already! (Then you'll want to read EVERY volume!)

It was a chore to narrow this list down (I wanted to add a bunch of Conan, Red Sonja, Jonah Hex, and Jim Starlin cosmic stuff, f'rinstance), but those are my five picks. What are yours? Please share your choices in the comments section! Stay well, and Pax!