What's up, Groove-ophiles! Ol' Groove was always a fan of penciler Marshall Rogers and inker Bob Layton--two great talents who rarely worked together. I know they had at least one artistic collaboration--on a fear-filled, Frankenstein-inspired fable by Jack Oleck from The Unexpected #191 (February 1979)! Here's "The Dead Don't Cry"... 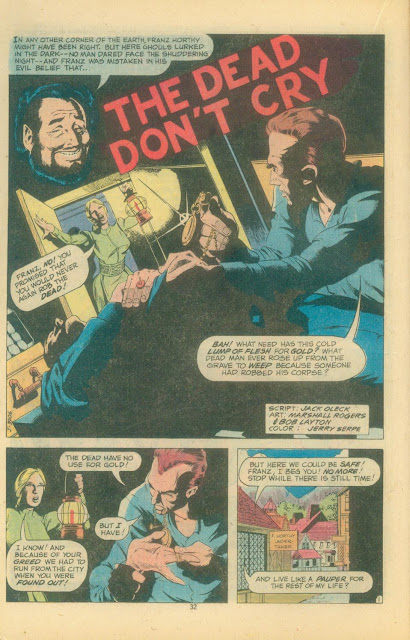 Sports Sunday: A Groovy Guest Post by Mike Mikulovsky! 1970 Browns and Bengals as Marvel Heroes by Lee and J. Buscema

What it is, Groove-ophiles! Here's a special guest-post by Mighty Mike Mikulovsky featuring a fab find he's dug up to share with all of us here in Groove City! Thanks, Mike! Enjoy, Groove-ophiles!

Are you ready for some football? It's that time again people--playoff time! That's where the monsters of the gridiron battle like gladiators to achieve the ultimate prize in the NFL! No, not the cheerleaders! The Vince Lombardi Trophy! Ok, the cheerleaders too!

Anyway, I forgot this even existed, but long ago Stan "The Man" Lee & "Big John" Buscema did a layout for PRO, an NFL magazine, comparing various players in the NFL at the time to the various Marvel superheroes.

I first saw this as a boy and it was a few years old already. My best buddy Neal Moore snuck it to out show it to me. It belonged to his really cool step father--who was also a fellow Marvel zombie to my surprise! I remember him saying, "Hey, Mike, check this out!" At first I thought, "Who cares? It's a football magazine." When I actually saw it I thought, "How cool is this!" Hey I was like 13 or a very young 14! It was great seeing John Buscema's pencils. So here they are from the Oct 18th & Nov 1st editions of PRO! 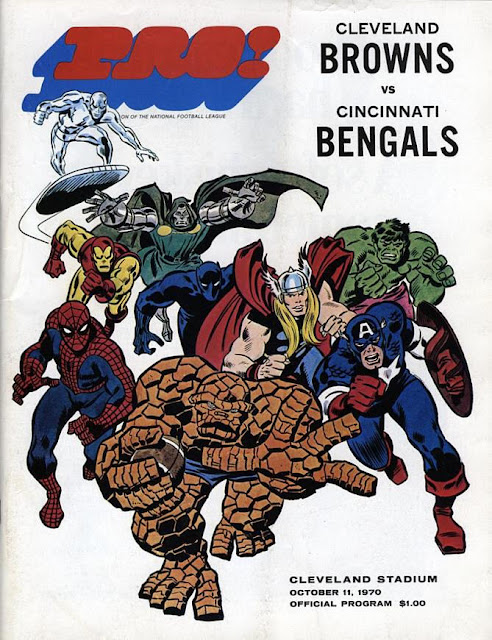 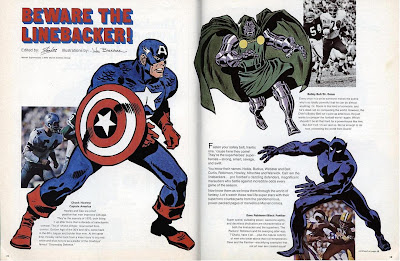 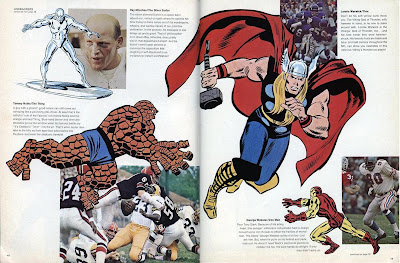 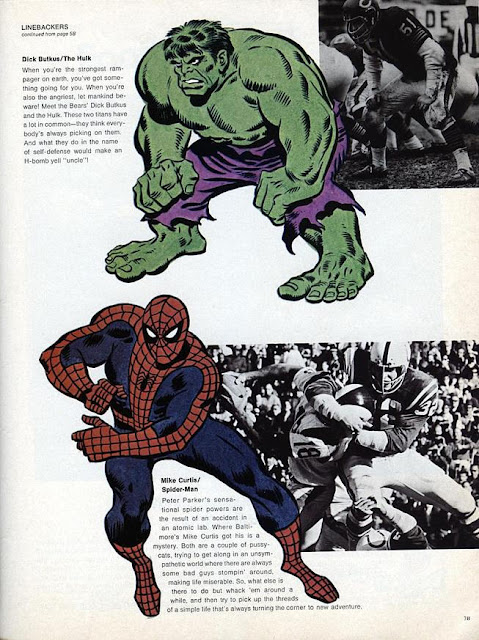 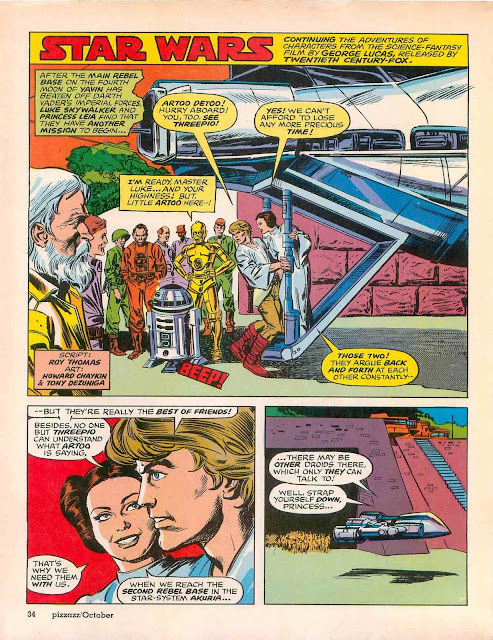 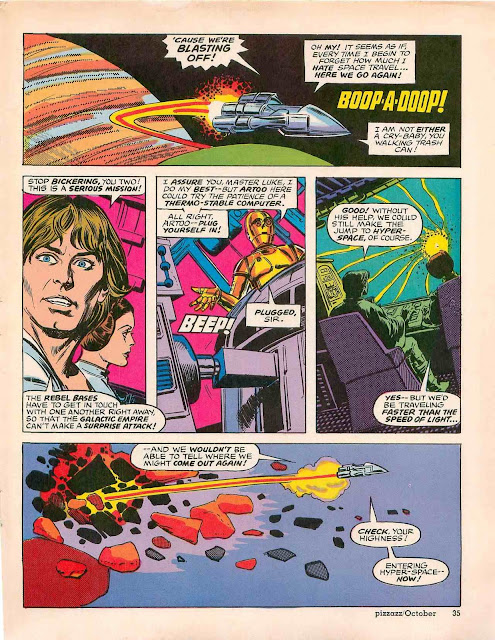 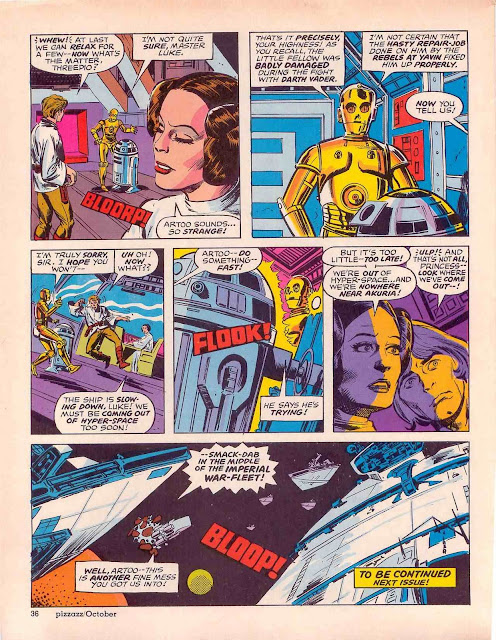 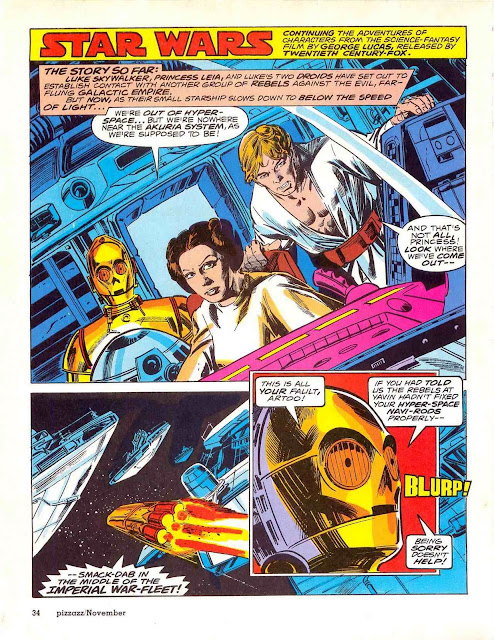 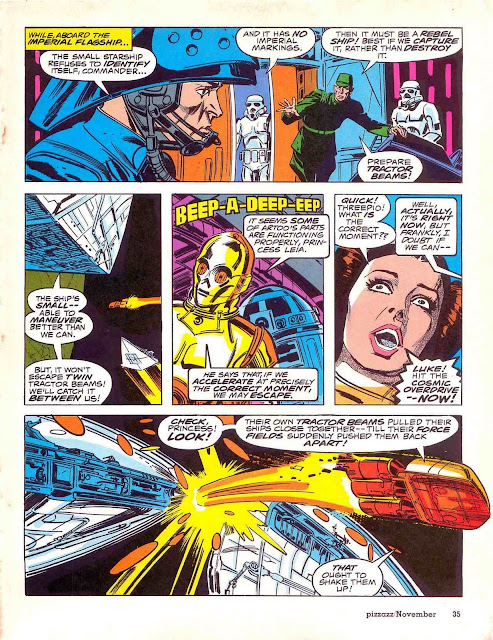 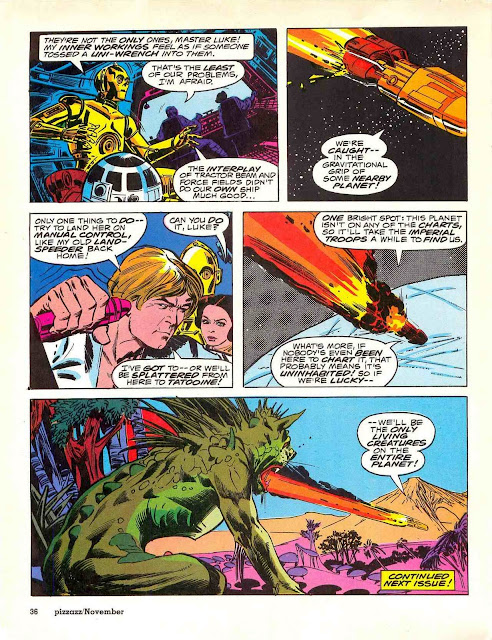 The Force was strong in Pizzazz, as Star Wars ran in all sixteen issues, with Archie Goodwin taking over as writer and a plethora of artists taking turns on the strip beginning with Pizzazz #8. Wanna see more? Ya know what to do, Groove-ophiles!
Posted by The Groovy Agent at 12:02 AM 3 comments:

What it is, Groove-ophiles! Time once more to dip into the Groove-E-Mail Bag for another righteous request. This one comes from long-time Groove-ophile Joplin John's response to our Famous First Friday featuring Man-Bat: "Hey Groovy One, one of these days, if you think about it and are bored, I'd LOVE to see some of those MB stories drawn by Pablo Marcos; now that's a subject and artist that seem like a match made in Heaven!" 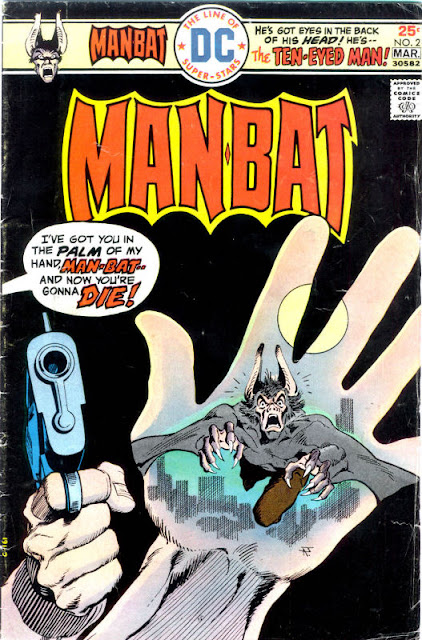 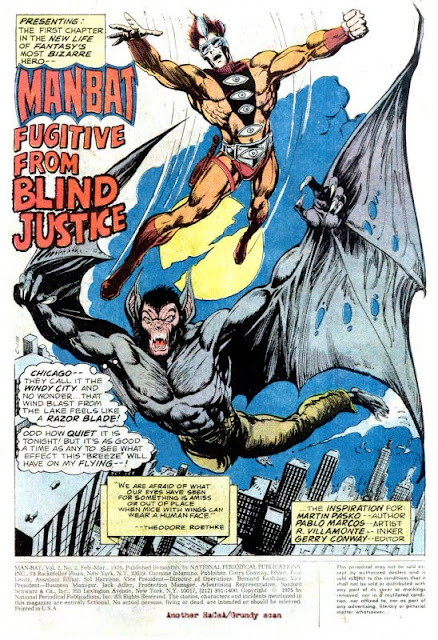 Ol' Groove's got scans of Pasko and Marcos' Man-Bat back-ups from Detective Comics circa 1976. They'd make a great Bring On the Back-ups two-fer--if anyone wants to see 'em!

(Many thanks to HaCal/Grundy for the sweet scans!)
Posted by The Groovy Agent at 12:02 AM 7 comments:

Ol' Groove's Request Line: "Travis in the Dragon Killer!" by Cuti and Howard 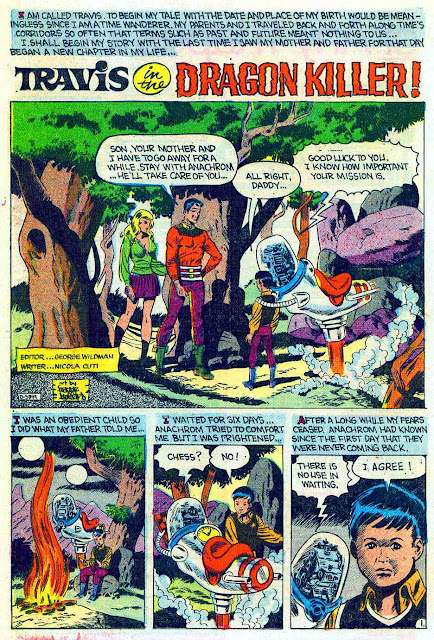 Black and White Wednesday: "The Last" by McKenzie and Severin

Greetings, Groove-ophiles! Here's a short but sweet post sure to shock your senses! Take a very cool and touching tale from the criminally underrated Roger McKenzie, add the unequaled art of John Severin, mix it into an ish of Warren's Creepy (#87, cover-dated March 1977), and what do you get? A creepy classic called "The Last"! Dig it! 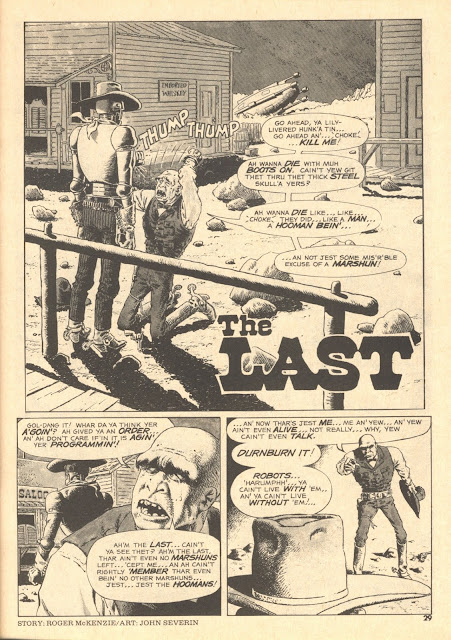