Greetings, Groove-ophiles! Just a quick post today to lay a mess of Ol' Groove's fave Sal Buscema Marvel Team-Up splashes on ya. Sal either penciled or laid out a pile of powerhouse pages during the mid-to-late Groovy Age, inked by a variety of embellishers. Dig on these for a while... 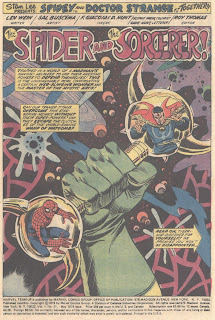 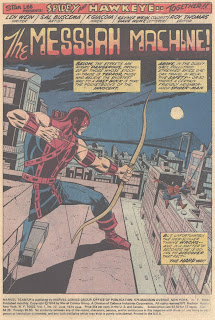 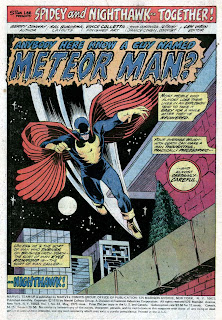 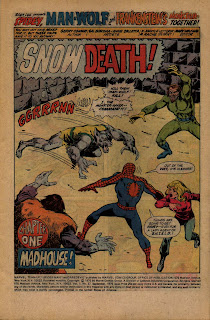 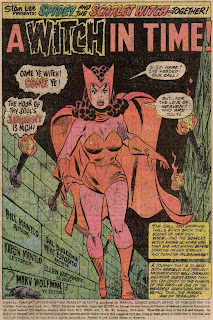 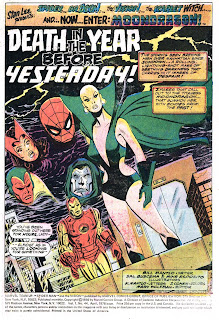 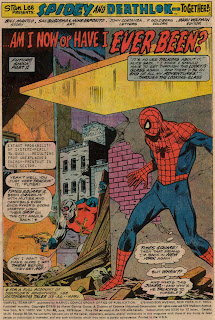 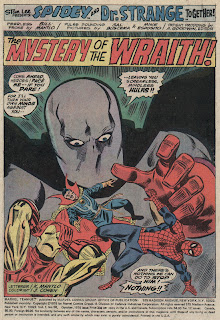 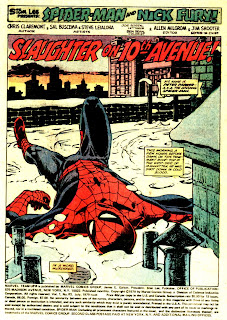 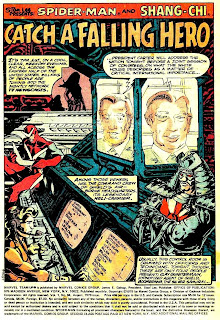 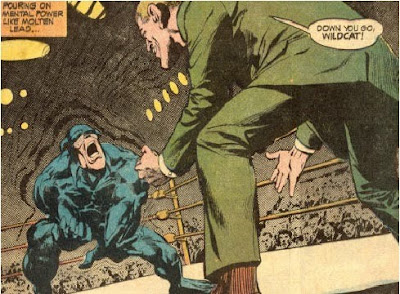 What's happening, Groove-ophiles! What happens when you pair the (arguably) most powerful member of the Justice Society with it's (arguably) weakest? You get a freaky-deaky classic (The Spectre doesn't even show up until page 14 of his own comic--and the "team-up" only lasts for a couple'a pages!) of the early-Groovy Age DC variety! Writer Mike Friedrich and artist-supreme Neal Adams laid this Spectre/Wildcat team-up on us in The Spectre #3 (December 1967), and Ol' Groove can only say--it's a doozy! When you look at the following pages it's easy to see why Adams rocked the comicbook world on it's foundations. Enjoy! 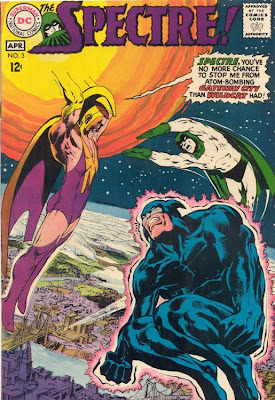 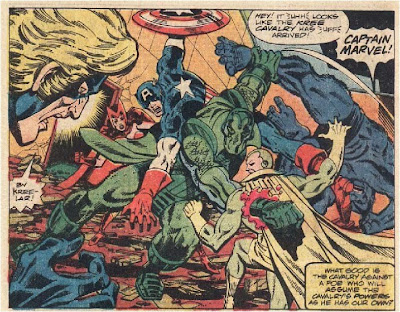 When the good Kree Captain Mar-Vell and the Avengers got together back in the Groovy Age, it was always something special. Whether it be helping Nick Fury take down the Zodiac (Avengers #72), getting caught in the middle of the legendary Kree-Skrull War (Avengers 89-97), battling Thanos the Mad Titan (a whole bunch'a issues of CM and Avengers circa 1972-74), or just kicking the behind of a minor (though very cool) villain like the Super-Adaptoid (today's objet d'art, CM #50, February 1977), Ol' Groove just digs it the most when Marv and the Assemblers get it together.

This extremely far-out and fun offering from Scott Edelman, Al Milgrom, and Terry Austin is mainly focused on the relationship between Marv and his human host (and former Avengers mascot) Rick Jones and separating them from their SHAZAM! inspired "trading places" dilemma that forced one of them to linger in the Negative Zone while the other did his thing on Mama Earth. Today this story would be a multi-issue mega-crossover, but back in the Groovy Age, it was a simple, done-in-one (not counting sub-plots--ya gotta have sub-plots!) 17 pager--not even a "double-size anniversary ish!" T'was a clever solution for splitting Marv and Rick, and fans dug it 'cause, as much as we dug the Original Captain Marvel/Billy Batson wink, wink, nod, nod, we were getting just a li'l tired of it.

Oh, before I shut up I just have to rap about a couple'a more things. First of all, I have always dug The Super-Adaptoid. Like the X-Men's Mimic, S-A could acquire the powers of any super-being he got near (whereas the Mimic could only copy mutant powers), plus he'd form bits and pieces of the uniforms of the heroes he was copying for his own duds. I always thought that was rather cool. The other thing I wanna mention is the Milgrom/Austin art. I dug it then, and I dig it now. Their styles meshed well, with Austin lightening things up a bit, making for a nice cartoony-yet-realistic look. Cosmic, dude! In fact, I think the Edelman/Milgrom/Austin era deserves a lot more love than it's ever gotten. Most folks forget about this excellent creative team as it fell between the better-known Englehart/Milgrom and Moench/Broderick eras. That should not be so! And here's why... 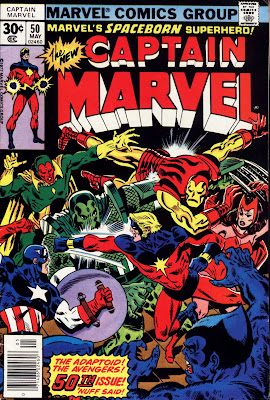