We're back with the wretched wrap-up of our 2009 Halloween party! For our fearsome finale, here's the legendary Phantom Stranger back-up...Spawn of Frankenstein (as requested by Groove-ophile John Short) by Marv Wolfman and Mike Kaluta. While Marvel was adapting Mary Shelley's classic a'la Gary Friedrich and Mike Ploog, Wolfman and Kaluta were giving us the modern-day adventures of Frankenstein's Monster. The catch is that the Wolfman/Kaluta Spawn of Frankenstein ran for only three issues (Phantom Stranger #s 23-25, November 1972-March 1973). Wanna see 'em? Here ya go!

In Phantom Stranger #26 (May 1973), the Monster teamed with his comicbook host in a story by Wolfman and Len Wein with art by Jim Aparo. Issues 27-30 (July 1973-January 1974) featured a new writer/artist team, Steve (Aquaman, Plop!) Skeates and Spectre co-creator Bernard Baily. I guess I'll share those with ya next Halloween--unless, that is, enough of you demand to see them sooner. It's up to you, Groove-ophiles!
Posted by The Groovy Agent at 4:02 PM 3 comments:

Happy Halloween, Groove-ophiles! Here's the first of two (Count 'em, two!) special, Halloween Bonus Request Line Specials, thanks to Groove-ophile John Short! First up, here's a freaky fable based on the creepy classic by Robert (Psycho) Bloch from the debut ish of Monsters Unleashed (March 1973). Get ready to howl with "The Man Who Cried 'Werewolf'!" by Gerry Conway and Pablo Marcos. AaaOOOOOO!! 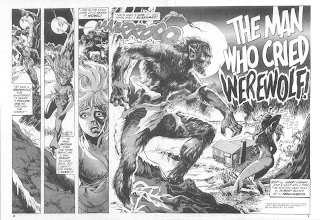 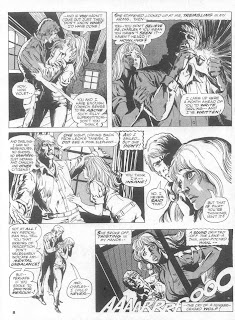 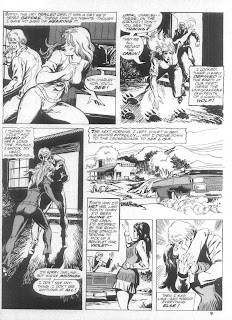 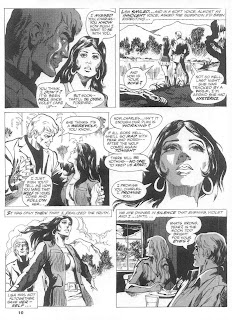 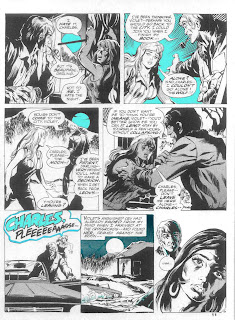 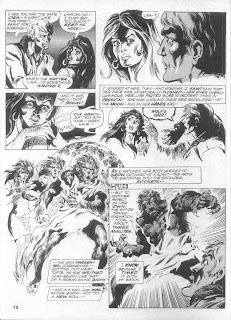 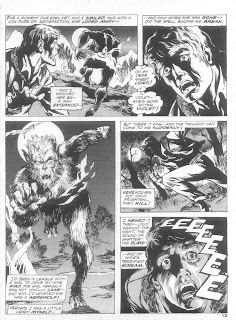 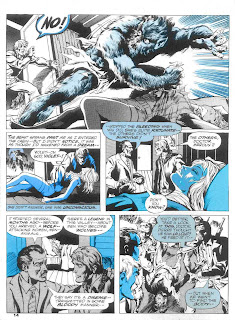 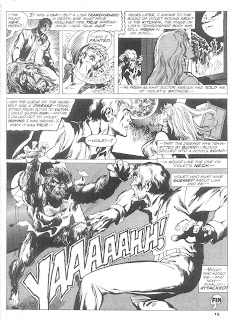 See ya in eight hours for the fear-fraught follow-up!
Posted by The Groovy Agent at 8:02 AM 4 comments: 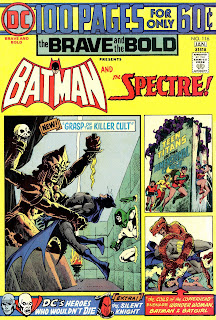 Happy Halloween, Groove-ophiles! The Halloween Countdown is over, the big day is here, and it's time to celebrate! To make things extra special, today you'll get ta dig on a brand new post every eight hours! That's three big, super-spooky posts in one day. It's just Ol' Groove's way of making your day a little more gloomy! Ready for our first spook-tacular? Then awaaaay we go!

I don't know about you, but in all of comicbookland I can't think of a cooler or creepier pairing of super-heroes than The Batman and the Spectre. When Brave and the Bold #116 hit the stands in September, 1974, Young Groove couldn't wait to pull that 100 page, sixty-cent monster off the drug-store shelf and dive into the weird wonder of it all. I was already diggin' the Spectre in Adventure Comics, I had always been nuts over The Batman, so it was all I could do to contain myself long enough to get to the car and start reading. I was curious to see how the Darknight Detective would react to the murderous justice of the Astral Avenger, but Jim Corrigan's alter ego kept it toned down a bit (due, no doubt, to the story being written and edited by a different team than worked on Adventure). Bob Haney's story was plenty dark, gritty, and spooky, though, as you'll soon learn. The art was by Spectre and B&B master Jim Aparo, so there was no way this terror-tale could be anything less than super-spectacular! I wasn't disappointed in the least, and I don't think you will be, either, Groove-ophile. Pull up a tombstone, flip on the nite-lite, and get ready to gasp when you find yourself in the..."Grasp of the Killer Cult"!