In 1972/73, Marvel published three issues of Monster Madness by "Sinister" Stan Lee. Ol' Groove thought you might get a few giggles from Stan's corny one-liners coming out of the mouths of classic movie monsters... 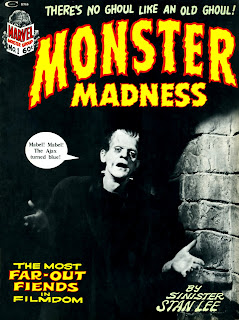 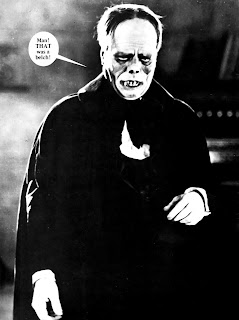 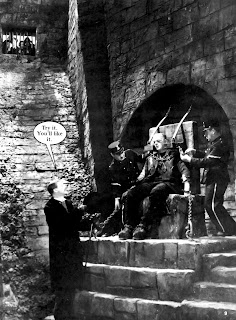 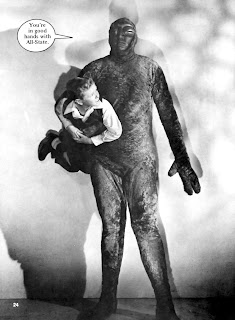 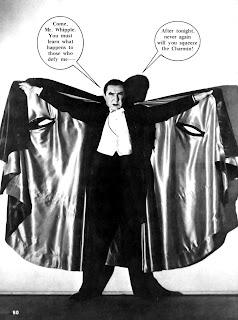 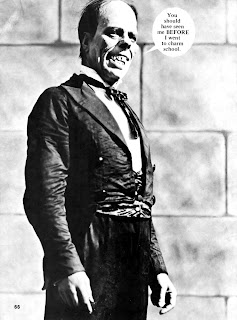 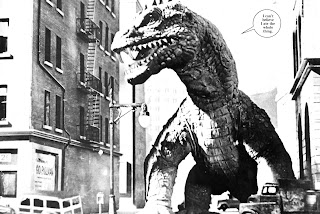 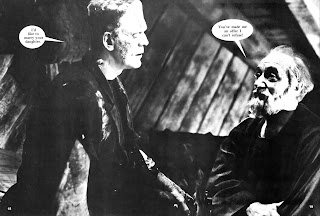 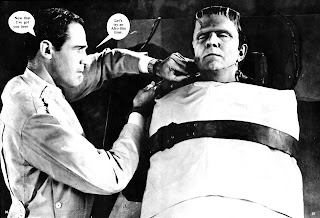 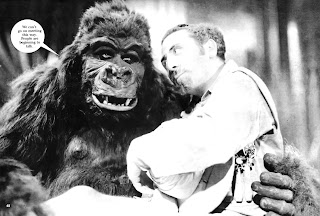 The Grooviest Covers of All Time: John Buscema

John Buscema was one of the greatest comicbook artists to ever apply pencil and pen to paper. Here's a sampling of covers to prove Ol' Groove's point. And, oh, yeah, there'll be more covers by Big John coming your way in future posts. But for now, overindulge your orbs! (And give thanks to the Grand Comics Database for it's easily accessible covers!) 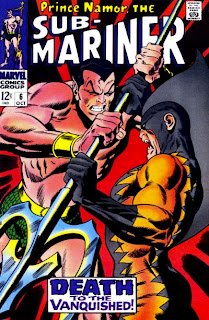 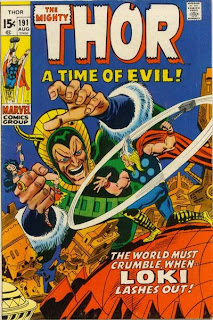 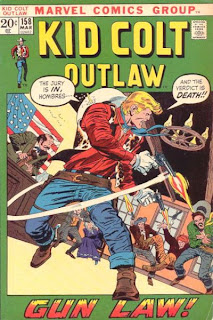 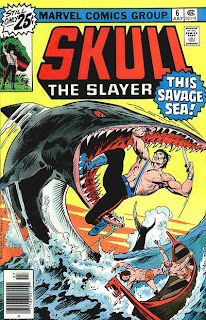 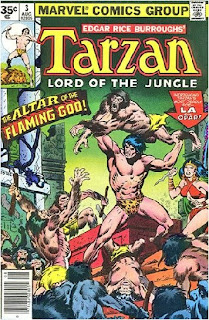 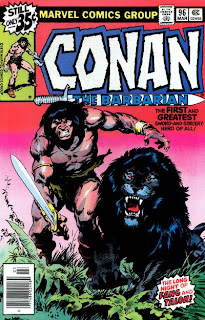 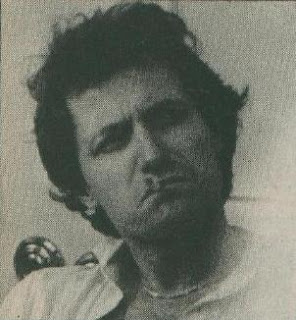 Marshall Rogers (1950-2007) was going to be an architect, but the comicbook fates had other plans for him. He worked his way up through fanzines, then pin-ups, spot illos, and splashes for Warren and Marvel's British and b&w comics, and then to back-up features for DC Comics. That's where Ol' Groove's undying love for Marshall's (he almost always signed his art with his first name, especially in the early days) artistry began. 'Twas editor Julie Schwartz who not only gave Marshall his first big break, but teamed him up with his perfect inker, Terry Austin right out of the gate. Detective Comics was, naturally, headlined by the Batman, and Schwartz was playing around with a variety of different characters as back-up strips. Writer Bob Rozakis came up with an innovative idea: instead of having a heroic back-up, he created a villain, the Calculator, to serve as the series star. The Calculator would battle a different DC Superstar in each issue, then all the heroes would team up with the Batman to polish him off. The storyline ran from Detective Comics #'s 463-468 (June-December 1976), with Mike Grell handling the penciling chores on the first three installments. Then along came issue #466 (September 1976), and all of us spinner rack junkies got our first taste of Marshall Rogers in full, glorious color doing his superhero thing! As you can see, Marshall's style hadn't completely matured, and he was channeling Grell (for continuity's sake?), but the art was clean, crisp, and oh-so-dynamic! Check it out!

Fandom sat up and took notice. December 1976 could've been called "Marshall Rogers' Month" because we got his art on a "World of Krypton" story in Superman Family(#182)... the first part of the "Tales of the Great Disaster" two parter in Weird War Tales #51...and, best of all, Marshall got to draw the entire issue of Detective #468 where we finally got to see his take on the Batman. And...we...flipped! 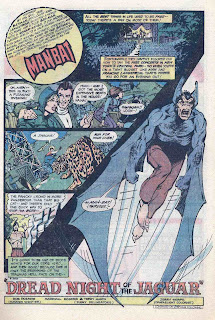 Next, Marshall popped up drawing Man-Bat in the Batman Family #s 11-13 (February-July 1977). So teasingly close to drawing the Dark Knight Detective...

When Steve Englehart took over writing Detective Comics with issue #469 (February 1977), the back-up features were dropped, and the amazing art team of Walt Simonson and Al Milgrom came aboard. But again, the comicbook fates stepped in; Walt and Al got busy on other projects, and Julie, bless him, called on Marshall and Terry to replace them. 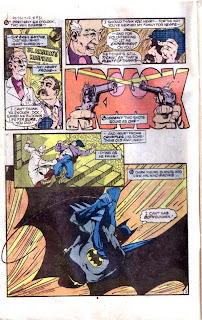 Although Marshall's tenure drawing the Batman for 'Tec was short (issues 471-479, May 1977-June 1978, and issue #481, September 1978) it was so beautiful, breathtaking, and ground-breaking that it truly became the stuff of comicbook legend. Any time you pick up a "best of" trade paperback featuring the Batman, you can bet that at least one Marshall Rogers-drawn story made the cut. And the version of the Batman that he, Englehart, and Austin brought to life inspired both the 1989 Batman blockbuster and Batman: The Animated Series. Marshall's art even kicked off the 1989 Batman newspaper strip. When we look back at the most influential Batman artists of all time, 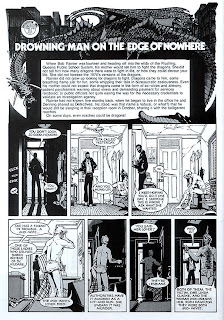 Marshall Rogers is always near the top of every list. When we look back at the most influential Batman artists of the Groovy Age, he reigns right alongside Neal Adams and Jim Aparo.

Don't think Marshall's only legacy is his work on the Batman. He drew highly acclaimed runs on Mr. Miracle, Dr. Strange, Silver Surfer, and G.I. Joe. He helped pioneer the graphic novel with Don McGregor on Detectives, Inc. and Steve Englehart on I Am Coyote. And he created or co-created such memorable characters as Cap'n Quick, Foozle, and Scorpio Rose.

I'm glad Marshall didn't become an architect!
Posted by The Groovy Agent at 12:02 AM 3 comments:

Shades of Gray: Vigilante in "The Plague Makers!" 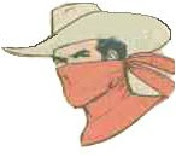 You know, Groove-ophiles, it suddenly hit me that I haven't bragged enough on the wonderful artistry of Gray Morrow. His realistic, detailed, moody style always turned me on (in a 70s comicbook fan way), and anytime I'd see his art--which was totally recognizable from anyone else's--I'd snatch whatever comic it was in right up (yeah, even the Lois Lane issues with the Rose and Thorn back-ups! Coming soon, by the way...). I've posted a few of his stories before --several, in fact, so I thought, why not make my tributes to the magnificent Mr. Morrow a semi-regular feature (can't have enough of those, y'know!)? So to kick things off, here's one of my faves, a gem hidden in the pages of a truly great comic, one worthy of it's own post, World's Finest Comics #245 (March 1977). I think you're gonna dig Bill Kunkel and Gray Morrow's Vigilante tour de force treatise on how to take down terrorists. Look out for "The Plague Makers!"

Here's one that comes right out of left field and knocks you upside your head, baby! From Creepy #83 (from the summer of 1976) of all places, here's a "grim and gritty" and "deconstructionist" look at superheroes that's waaay ahead of its time--and from the guys who gave us so many stories featuring Superman, Batman, and the Flash, yet! Here's "The Last Super Hero!" by Cary Bates and Carmine Infantino! Eat your hearts out, Frank, Alan, and Grant!

Bring On the Back-ups: Captain Marvel Jr. in "The Mystery of the Missing Newsstand!" 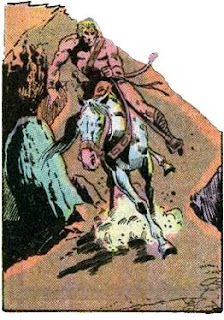 After that, Brak appeared in a few issues of Marvel's black and white Savage Tales mag, namely issue 5 which reprinted "Spell of the Dragon" and issues 7-8 with Doug Moench and Steve Gan adapting Jakes' short story, "The Unspeakable Shrine". That's a total of 30 original pages of material spread over 3 comics (not counting the reprint). Brak's comicbook career was definitely short but sweet, eh, Groove-ophile?
Posted by The Groovy Agent at 12:02 AM 2 comments: