Makin' Chaykin: "Fangs of the Gorilla God!" by Howard, Thomas, and Chaykin

Greetings, Groove-ophiles! With Thanksgiving coming up in a few days here in the U.S., Ol' Groove thought he'd spend this week looking back at some November-released mags that he's thankful for! (Don't worry, this is all leading up to our annual Thanksgiving Feast on Thursday, baby!) So how 'bout let's truck on back to November 1976 for a look at Roy Thomas and Howard Chaykin's take on Robert E. Howard's immortal Solomon Kane! (Two of my fave creators on one of my fave characters--something to be thankful for, right?) "Fangs of the Gorilla God!", which appeared in Marvel Premiere #34, was based on Howard's story "Red Shadows", and it's a doozy! Because it appeared in a Comics Code approved comic (instead of the b&w Savage Sword of Conan), this version isn't as gruesome as Howard's original, but it's still gritty, spooky, and action packed! Chaykin's art here, to moi, is stunning with its bold use of blacks and lively layouts. Kane's outfit is a bit bizarre for a Puritan, but hey, Howard had to have some fun, right? 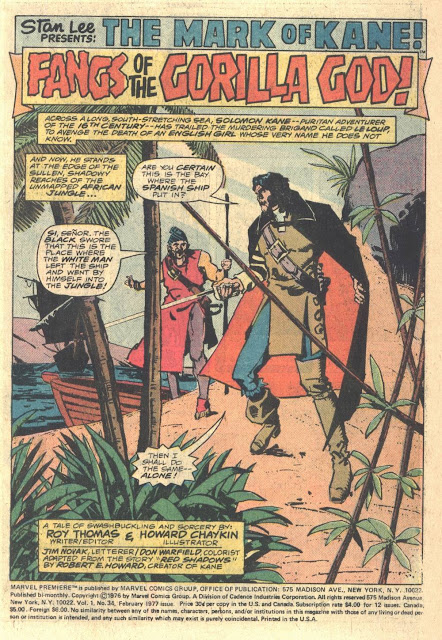 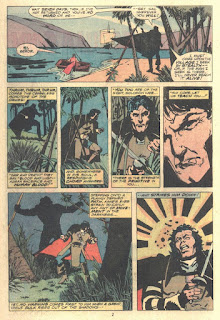 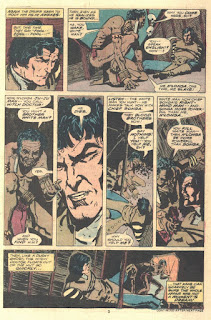 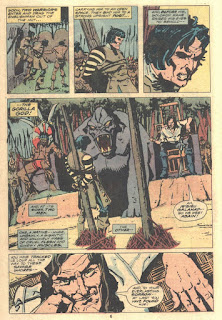 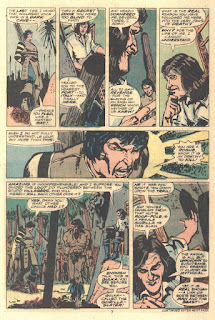 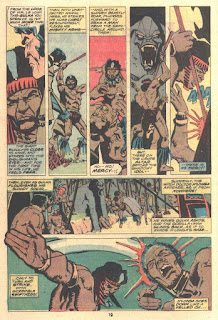 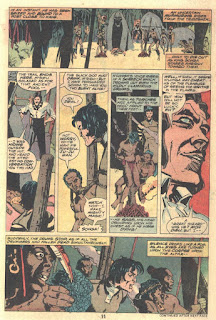 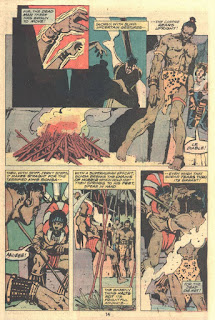 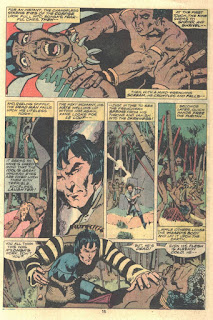 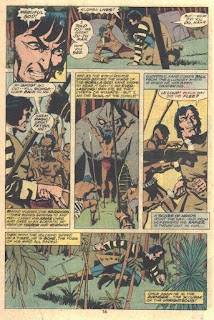 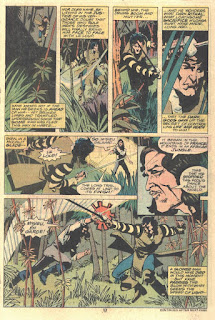 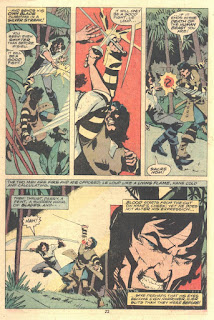 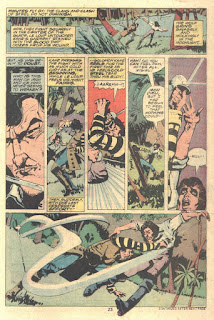 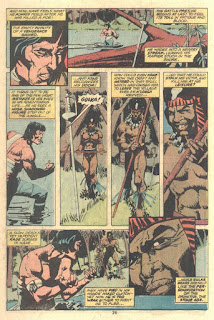 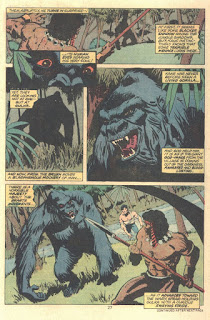 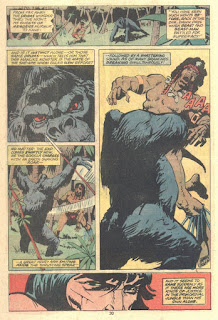 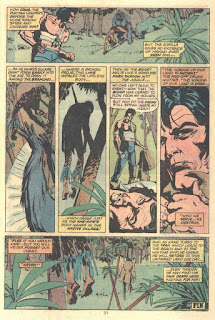