If You Blinked You Missed: Beowulf, Dragon Slayer 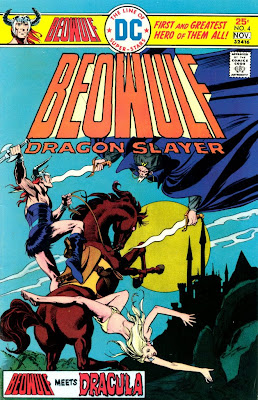 In early 1975, DC comics must have felt some kind of desperation to come up with a sword and sorcery comic to cash in on the monster success of Marvel's Conan-empire. They tossed out s&s mags of varying quality like Stalker, Claw the Unconquered, and today's topic: Beowulf, Dragon Slayer.

The creative team behind DC's Beowulf was quite interesting. Editor Denny O'Neil was DC's reigning master of realistic super-heroes (his work on Batman and Green Lantern/Green Arrow set the standard for DC heroes of the Groovy Age), and he had worked on what should have been a true success for DC,  Sword of Sorcery (adapting Fritz Leiber's Fafhrd and Gray Mouser tales--more on that here). Writer Mike Uslan is well known now as producer of many successful super-hero movies, especially the Batman franchise, as well as writer of the phenomenal Archie Marries... mini-series, but in '75 he was a talented newcomer fresh off an issue of The Shadow. Ric (Ricardo) Villamonte was primarily a mystery/horror artist whose work was well-known to fans of Skywald, Warren, and DC's mystery mags.

The premise of taking "English Literature's first and greatest hero" into the realm of comicbooks was a grand and glorious one. It was obvious that DC wanted to take Conan head-on with their Beowulf mag. Just dig the "behind the scenes" hype assistant editor Allan Asherman and author Uslan laid on us in the back of the first ish... 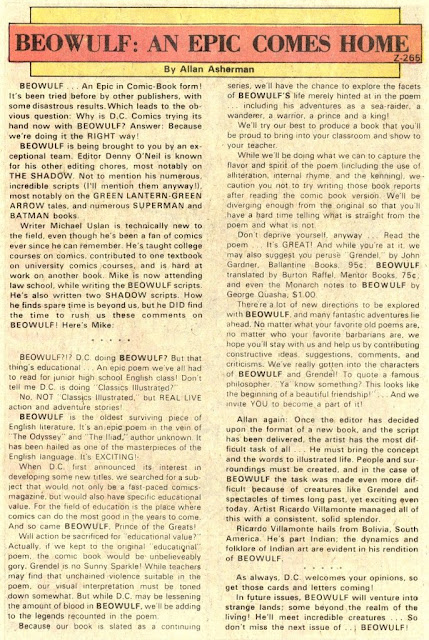 Pretentious? Maybe. Big plans? For sure! Of course it didn't take long for Beowulf to become a mash-up of the epic poem and every other pop-culture/literary/mythological trope in existence. Purists didn't (and still don't) know what to make of Amazon-style women, minotaurs, space-gods, the Lost Tribe of Israel, and Dracula popping up in their epic poem--and I'm not sure anyone else did, either. Though there was fun to be had (and Villamonte's loose-yet-slick-and-moody art was quite appealing), Beowulf, Dragon Slayer lasted only six issues (January-November 1975).

Still, the mag was a hoot and a half more often than not. As part of our Halloween 2011 Countdown, Ol' Groove had no choice but to share issue #4's "Valley in the Shadow of Death". Why that particular tale? Beowulf meets Dracula, baby! How'd they do it?  Check it out! 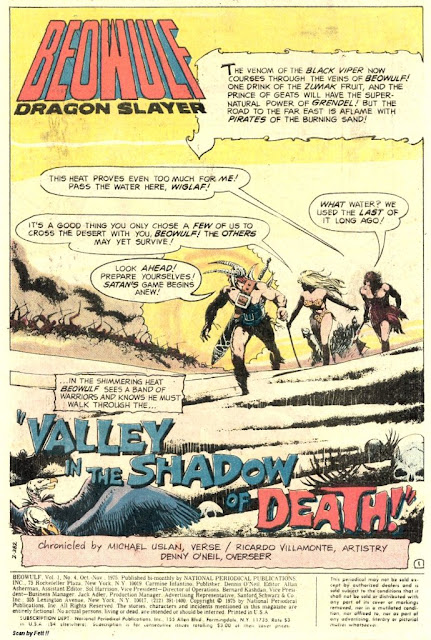 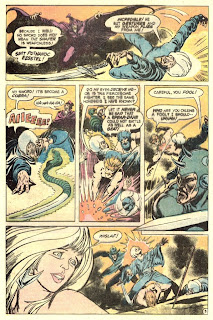 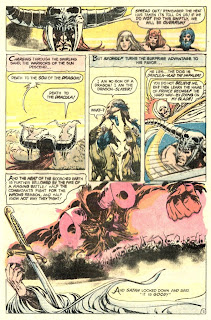 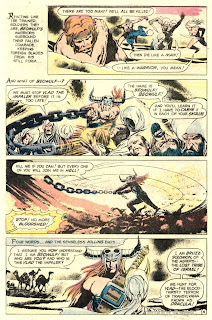 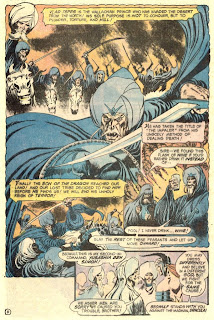 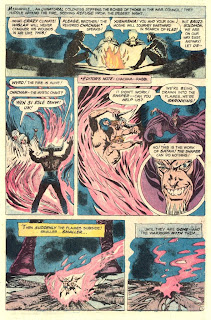 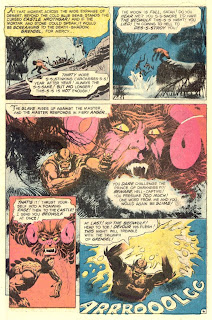 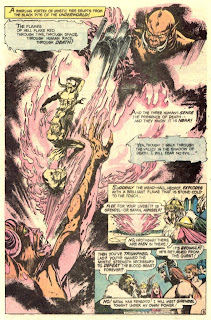 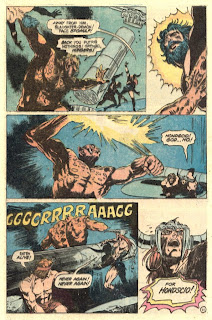 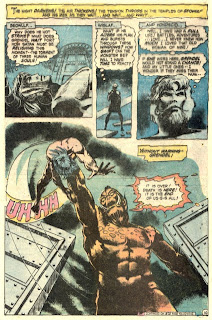 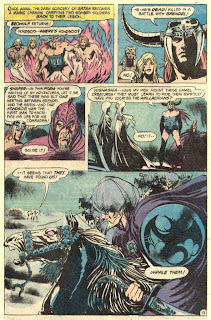 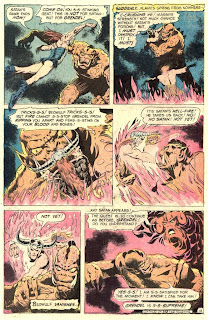 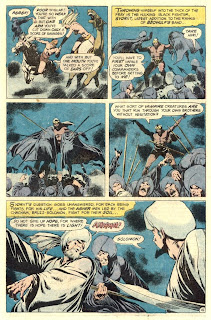 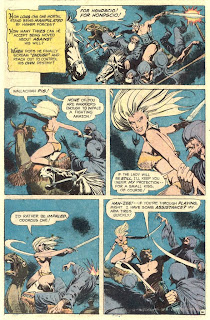 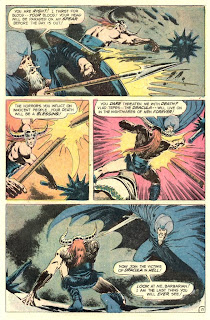 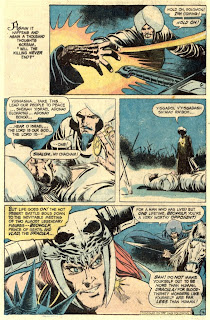 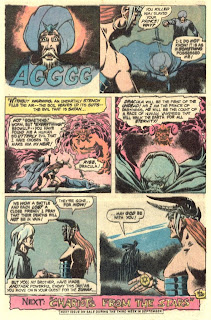