What it is, Groove-ophiles! Y'know, if ya wanna get Ol' Groove in a really, really good mood, just hand him a stack of comics. A stack of Jim Starlin Warlock comics, however, sends him into a state of fanboy nirvana. There are so, so many amazing, astounding, and fantastic comic mags to be found during the Groovy Age, but for some reason Starlin's Warlock has a magical something that pushes them to the very top for Ol' Groove. Starlin's story is like nothing I've ever read before or since. And his art... Yeah, that art, whether inked by Al Milgrom, Alan Weiss, Steve Leialoha, Joe Rubenstein, or Judo Jim, himself, just totally blows me away. The majesty of Kirby. The weirdness of Ditko. The detail of Barry (Windsor-)Smith. The cinematic-ness of Steranko (you know something is special when ya gotta make up a word for it!). From Strange Tales #'s 178-181 (November 1974-May 1975), Warlock #'s 9-15 (July 1975-August 1976), and Avengers Annual #7 (Fall 1977), here are the wondrous Warlock splashes of Jim Starlin (including a couple of the original pieces). Enjoy! 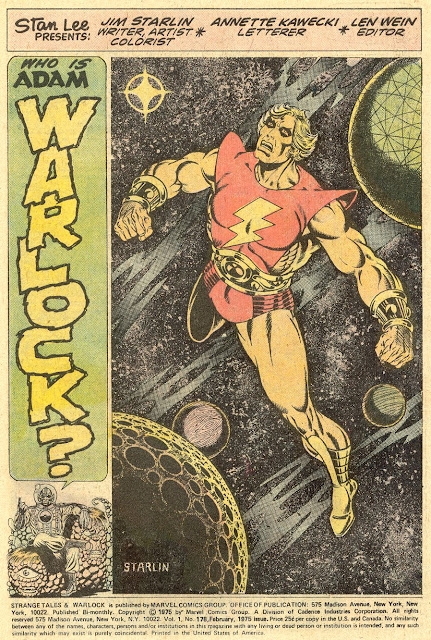 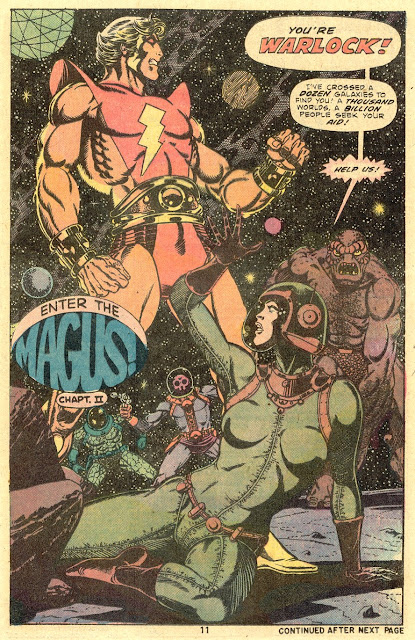 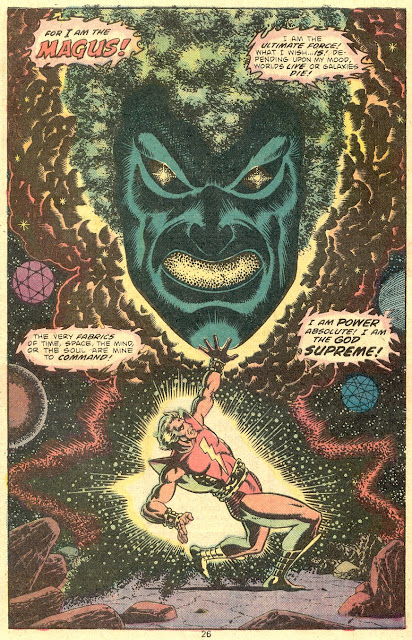 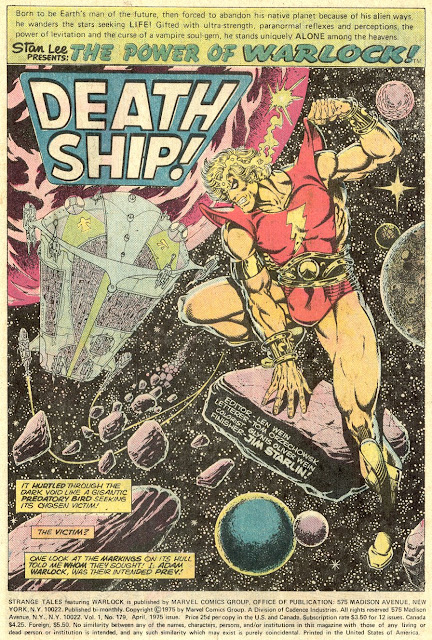 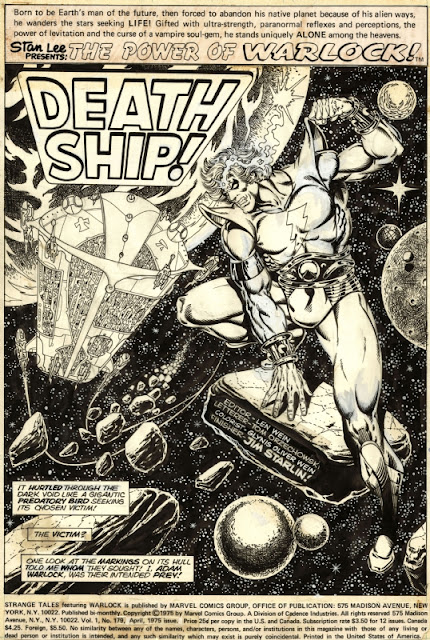 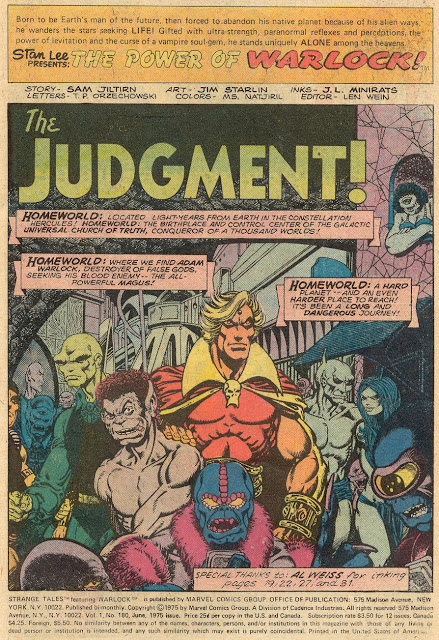 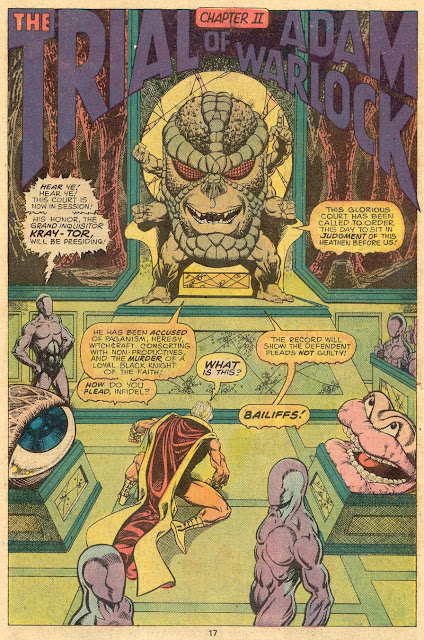 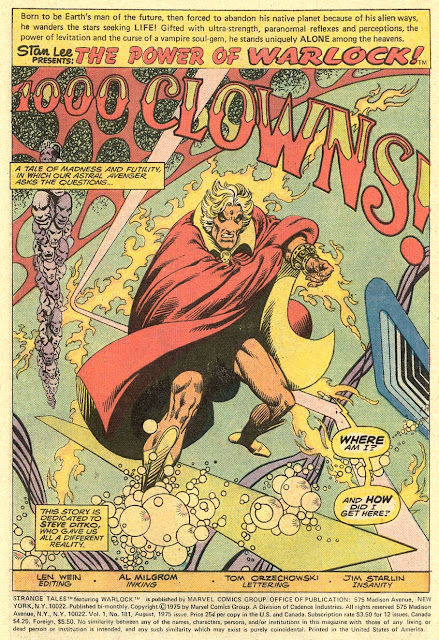 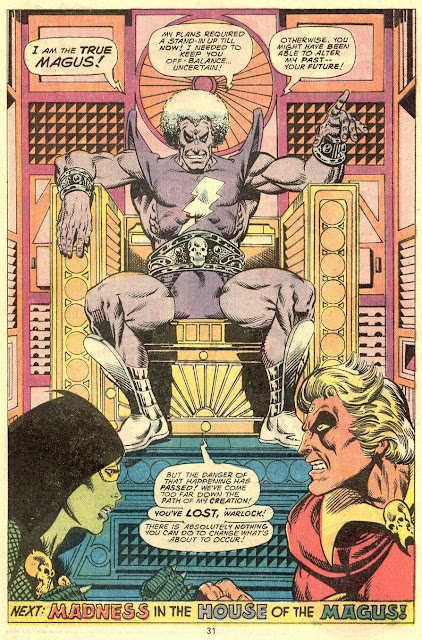 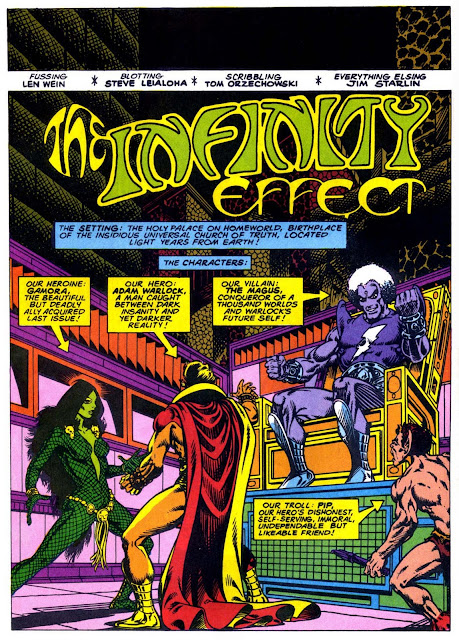 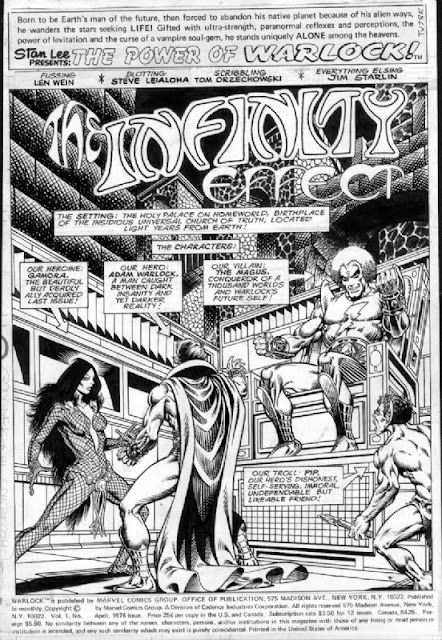 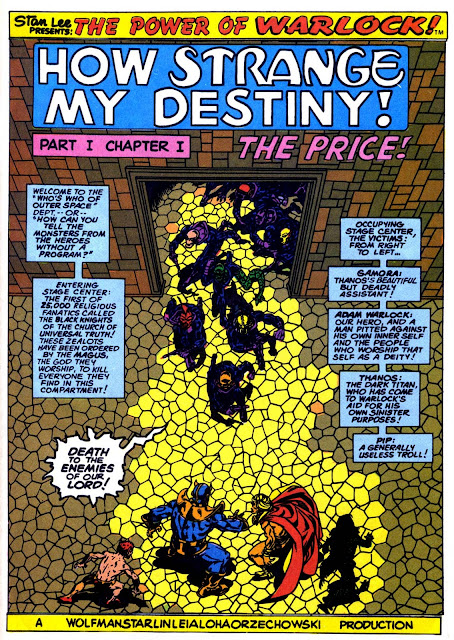 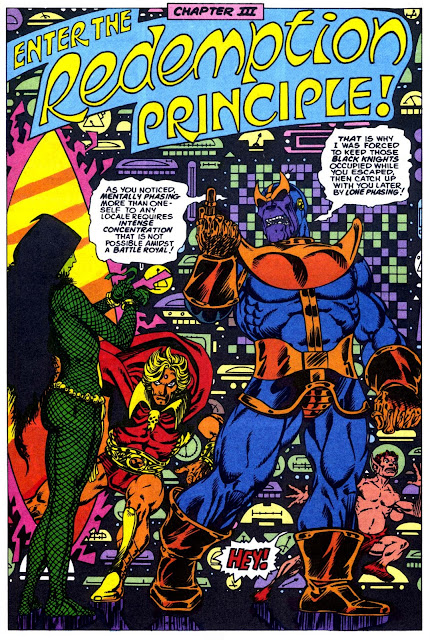 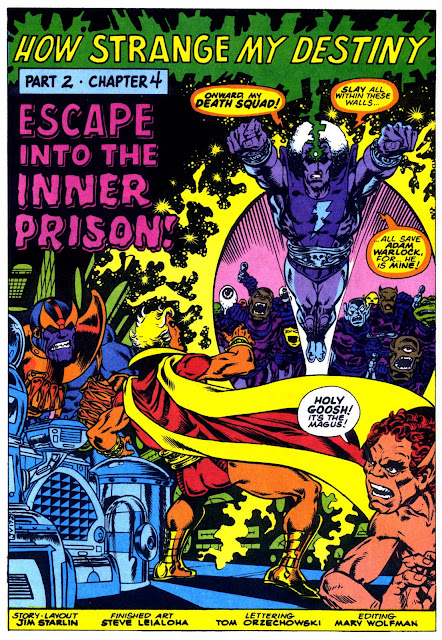 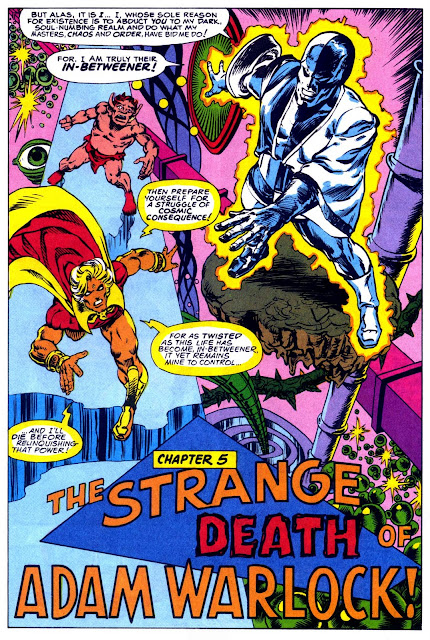 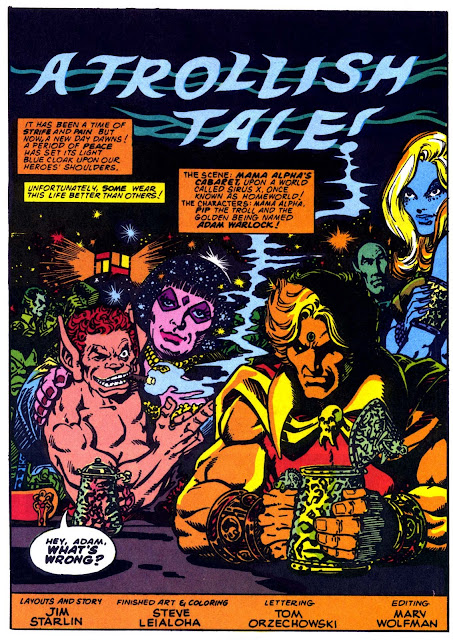 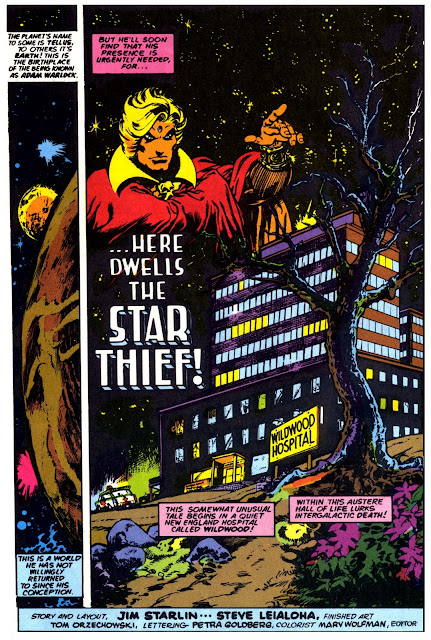 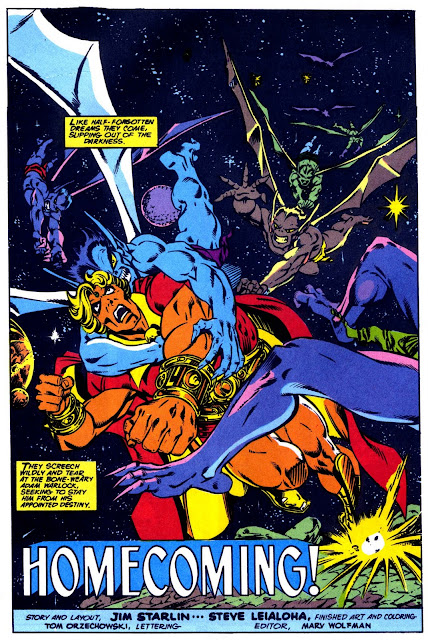 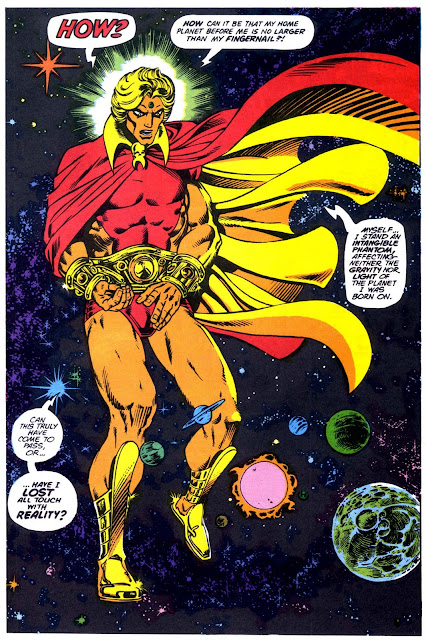 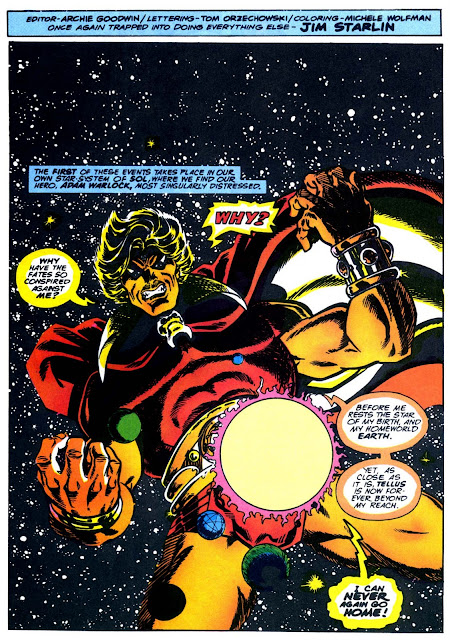 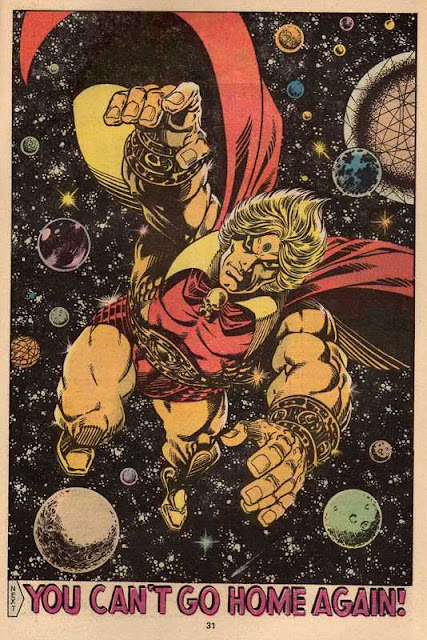 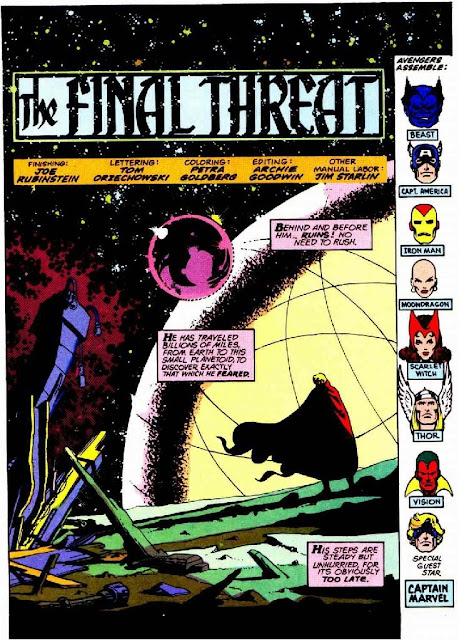