Greetings, Groove-ophiles! As most of ya know, today would have been Jolly Jack Kirby's 96th birthday. To celebrate, we're looking back at the excitement that surrounded The King's return to Marvel Comics in 1975. From the late 50s to 1970, Jack helped create not only the foundations but the stars of the Marvel Universe. When he left Marvel for DC in 1970, Marveldom and fandom were both left breathless. Jack's tenure at DC was filled with ups and downs, but his return to Marvel was a true cause for celebration. Here's how Marvel handled that celebration in their very own fanzine, FOOM Magazine #11 (Fall 1975)... 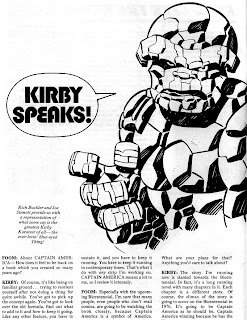 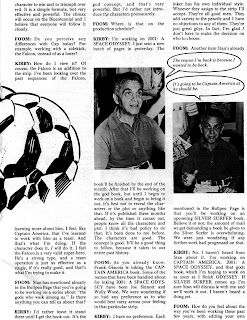 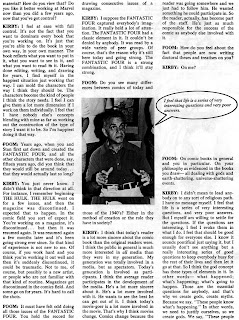 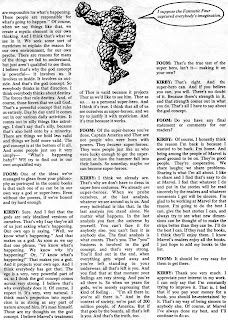 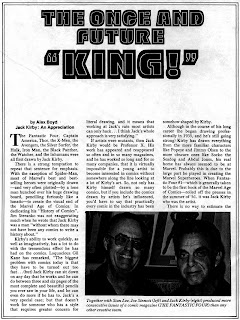 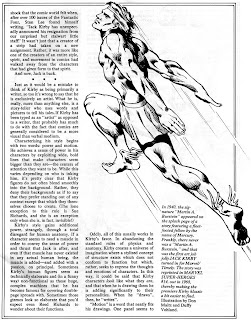 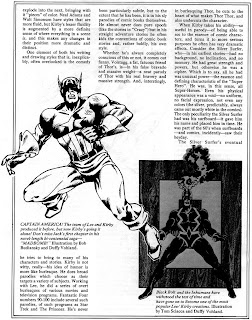 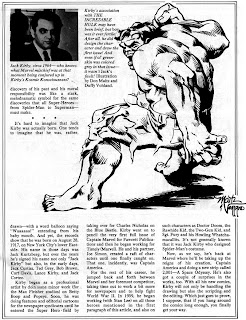 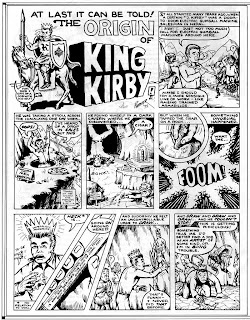 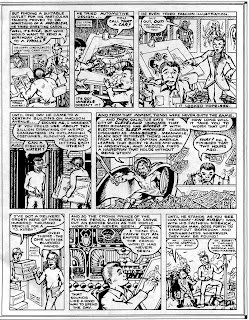 The "Origin" of King Kirby by Charley Parker 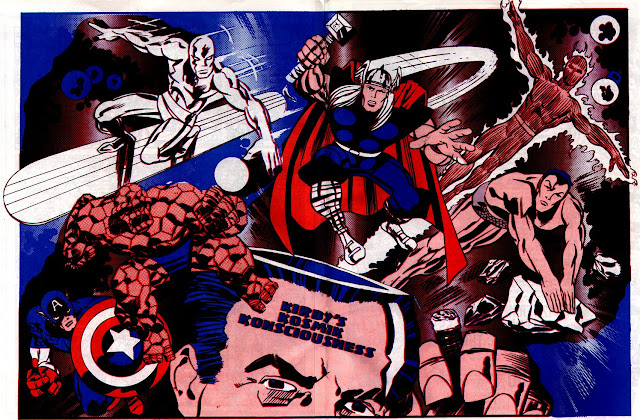 Happy birthday, Jack! The cosmos are yours!!
Posted by The Groovy Agent at 12:02 AM