Greetings, Groove-ophiles! Imagine one of the world's most iconic literary characters written and drawn by one of the most universally acclaimed comicbook creators of all time, and you have DC's Tarzan mag by Joe Kubert. Kubert's art was lush, majestic, naturalistic. His stories totally captured the vibe of Edgar Rice Burroughs' pulp adventures. Comics don't get a whole lot better DC's Tarzan issues 207-249 (February 1972-February 1976). Just grab a random ish, say Tarzan #218 (January 1973) featuring Joe Kubert's "The Trophy" and you'll get a pretty good idea of what Ol' Groove's rappin' about! 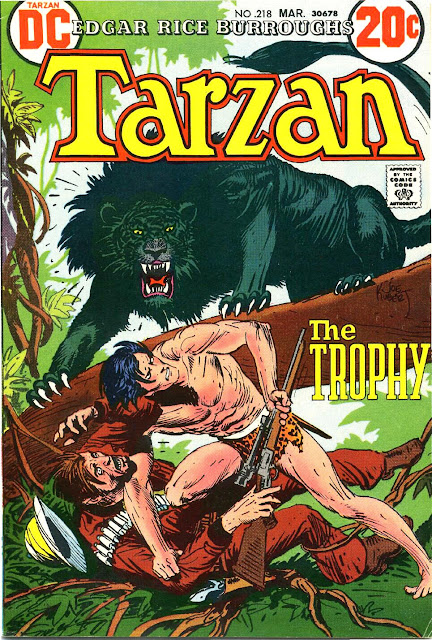 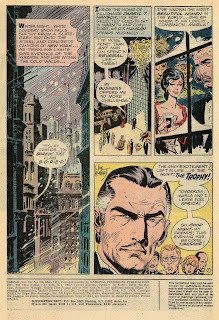 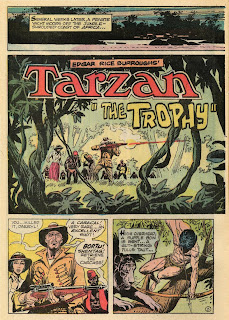 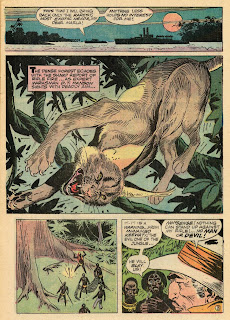 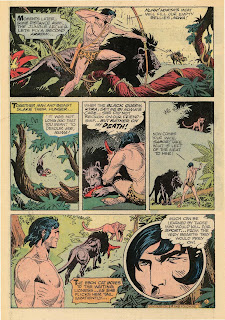 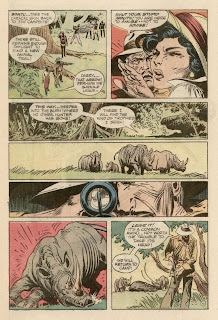 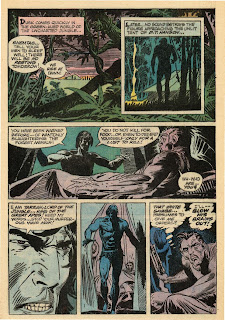 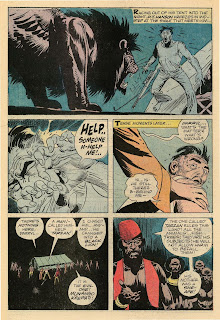 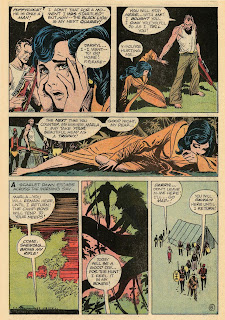 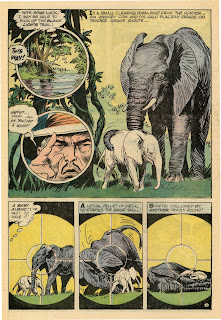 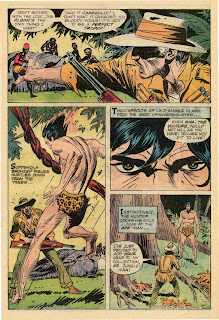 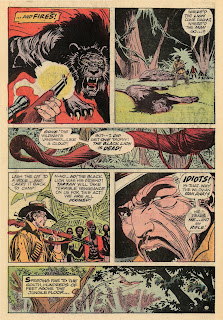 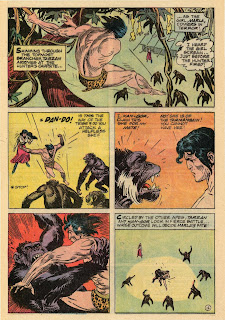 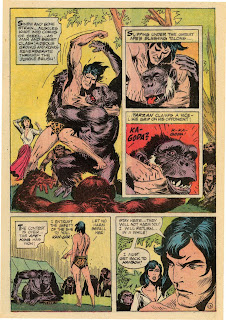 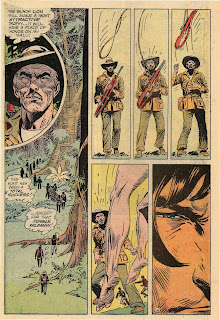 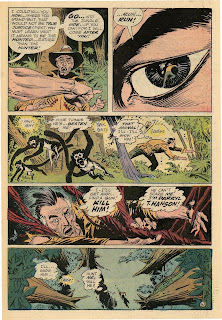 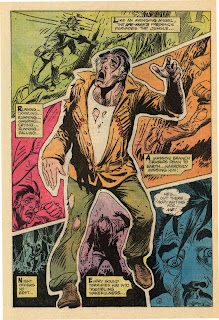 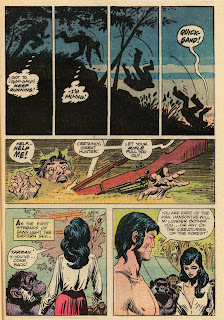 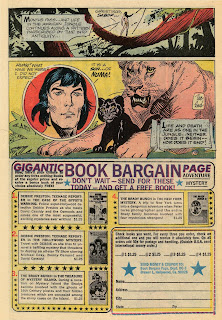