Random Reads: "Coming of a Dragon!" by "Jim Dennis" and Leo Duranona

Hiiiii-YA, Groove-ophiles! Today we're trippin' back to January 1975 to dig on the premiere ish of DC's Richard Dragon, Kung Fu Fighter! According to most sources, RD, KFF was adapted from a novel by Jim Dennis (aka DC writer Denny O'Neil and author Jim Berry). Writer/editor O'Neil had some fun with the fact that our new hero's "creator" was a pseudonymous creation in this "behind the scenes" article on the letters page...

As Ol' Groove has shared on other posts, RD, KFF ran for 18 issues, with a revolving door of artists on the early issues (Leo Duranona on the first ish, Jim Starlin, Alan Weiss, and Al Milgrom on the second, Jack Kirby and D. Bruce Berry on the third), with Ric Estrada (usually teamed with Wally Wood) for the rest of the series. As I said, earlier, though, today we're gonna focus on the first ish by Leo Duranona. Check it out... 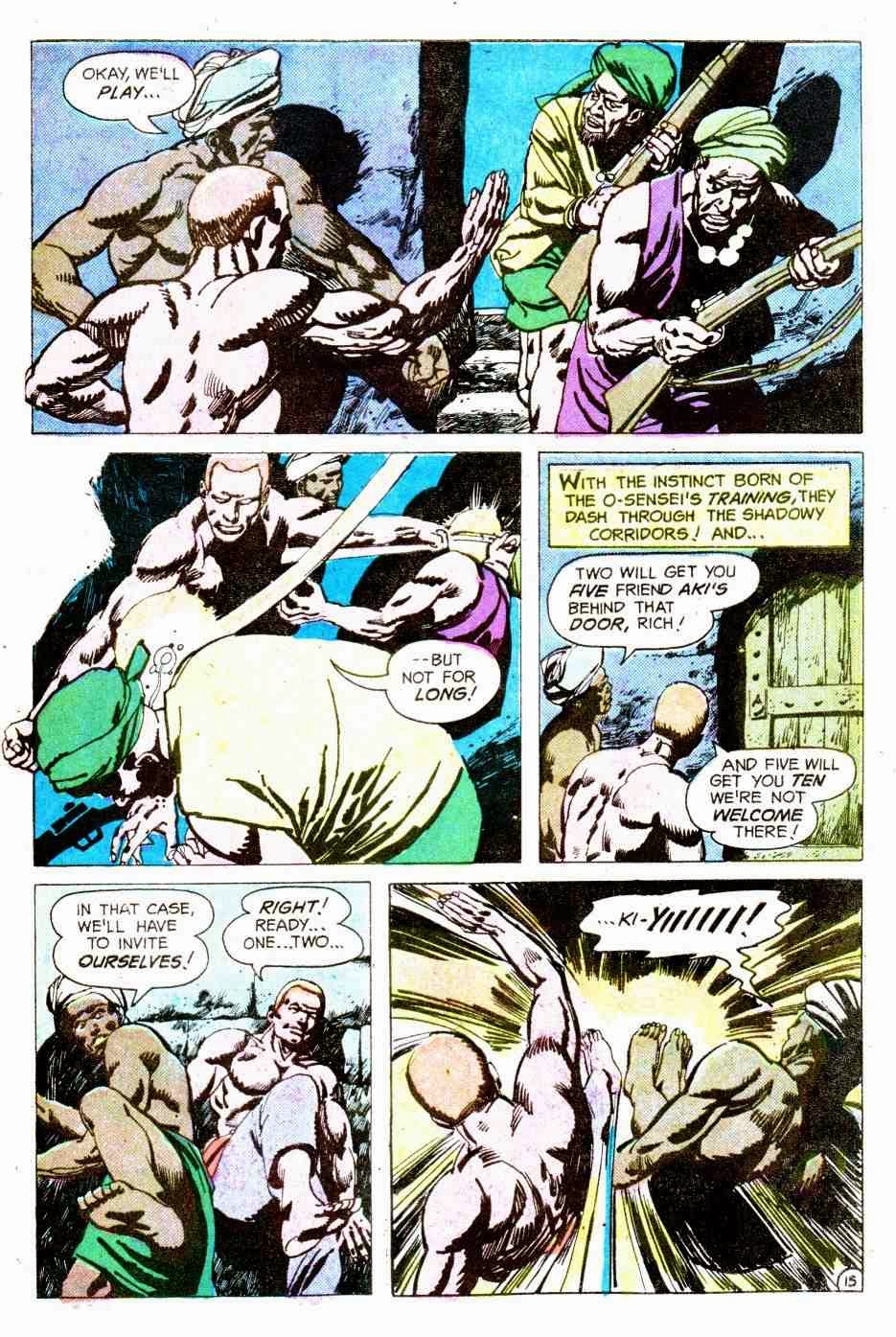 Personally, I liked Duranona's style better in black and white (the Warren mags); the flat four-color palette just seemed to muddy his art to moi. What say you?
Posted by The Groovy Agent at 12:02 AM