Greetings, Groove-ophiles! Today we're kicking of Charlton Arrow Week here on the Diversions! I know this is kinda different--and yeah, call it a week's worth of plugs if you want--but I think Fester Faceplant and the Gang behind the new Charlton Arrow comic deserve all the plugs and kudos they can get! I mean, to Ol' Groove, gathering a group of fans and pros to revive Charlton Comics (or as close as legally possible) is a task worthy of great praise! To think that pros like Paul (Life With Archie) Kupperberg, Roger (Captain America, Daredevil) McKenzie, Joe (E-Man, Dick Tracy) Staton, Rick Stasi, Lou Mougin, Mort Todd, and so many others would join such an enterprise out of sheer love for Charlton Comics makes it a mag above and beyond wanting. It's a mag we need! If you don't have a copy (first printing is sold out!!), go here right now and get a copy. Aaaaaand get ready to order ish #2 which promises to be even better (E-Man by Nick Cuti and Joe Staton, anyone?)!

We'll start off with The Spookman, created by the great Pat Boyette for Charlton Premiere #1 (July 1967). This was the one and only appearance of Aaron Piper's demonic, time-traveling alter ego--until Roger McKenzie and Sandy Carruthers revived him for Charlton Arrow #1, that is! 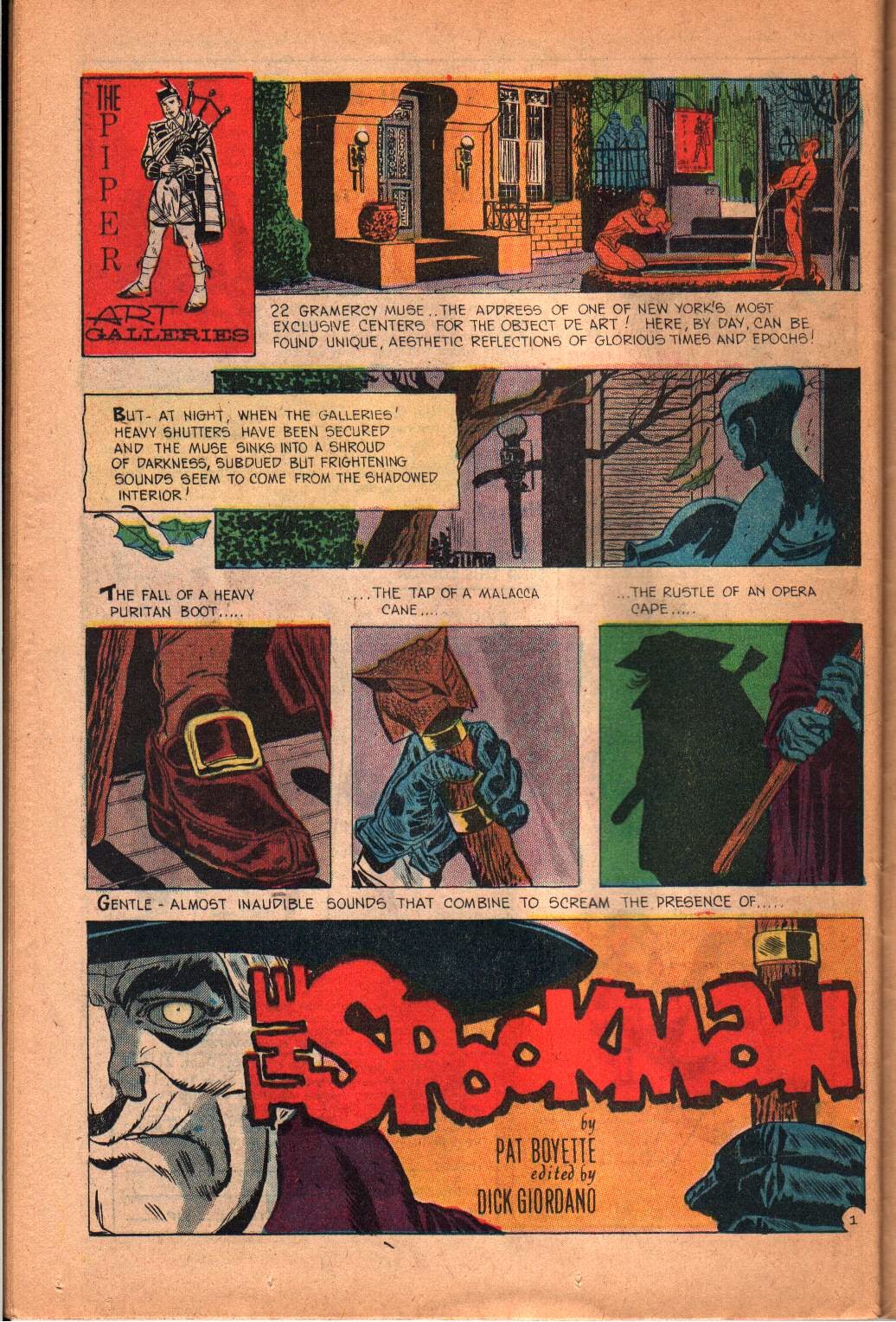 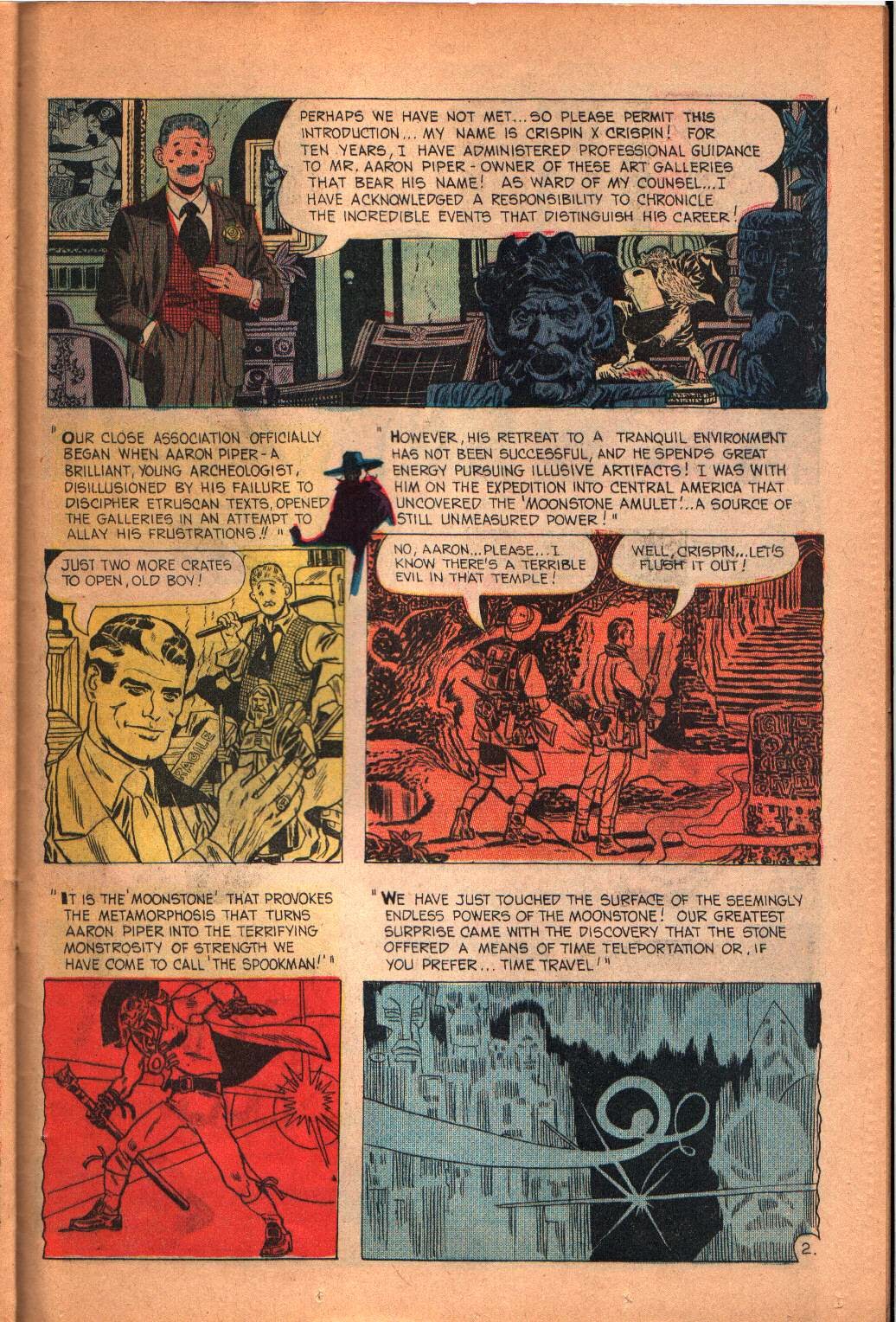 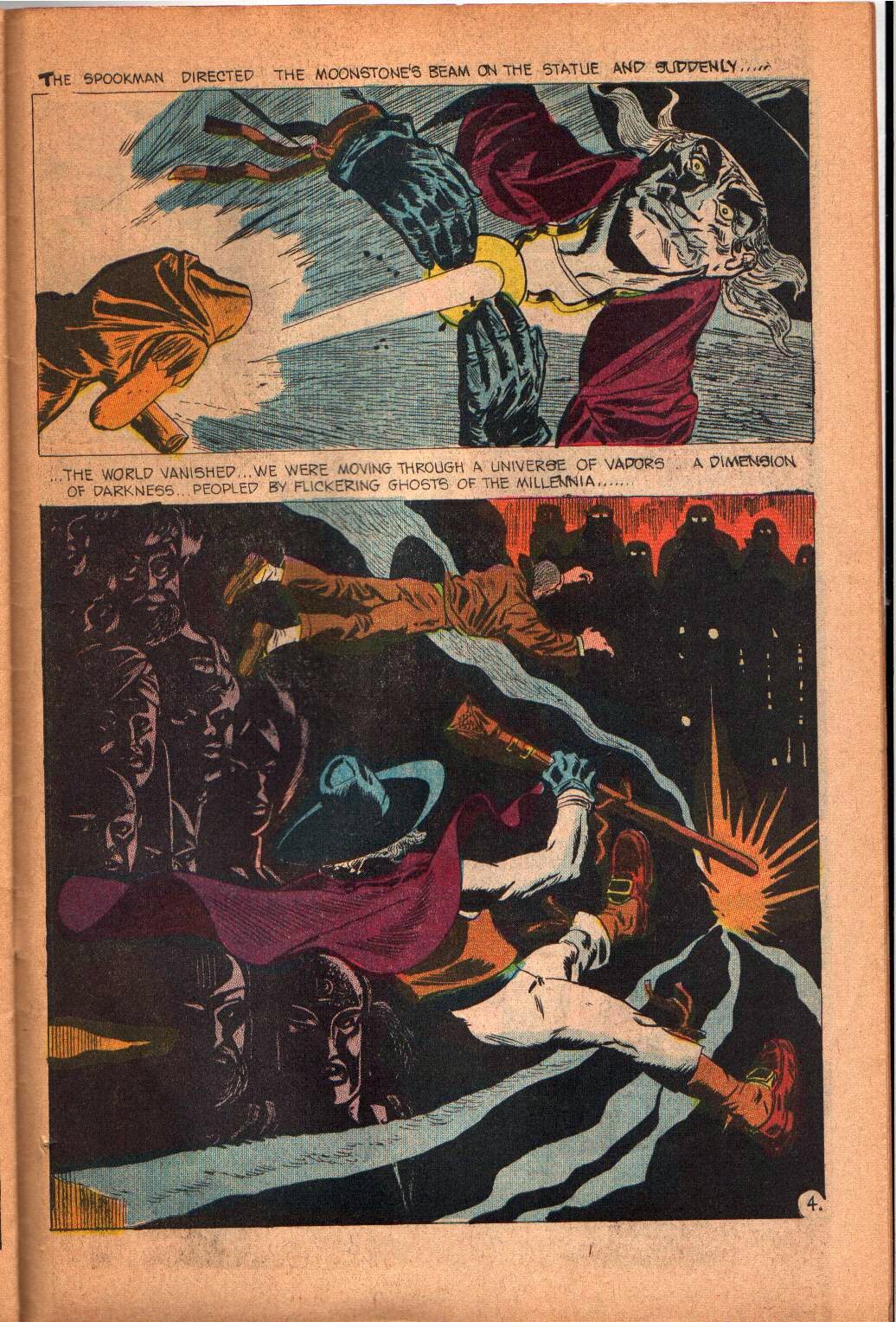 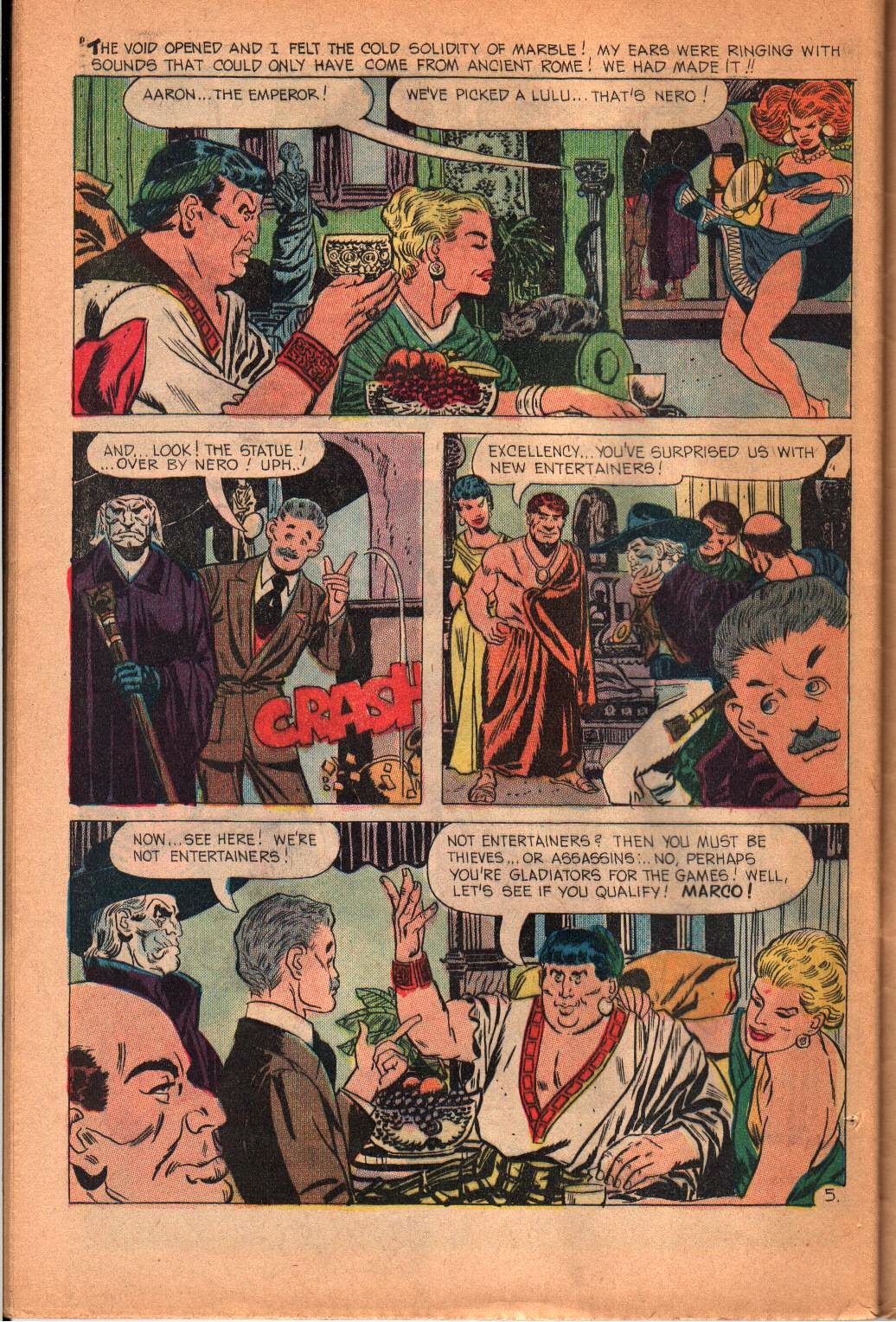 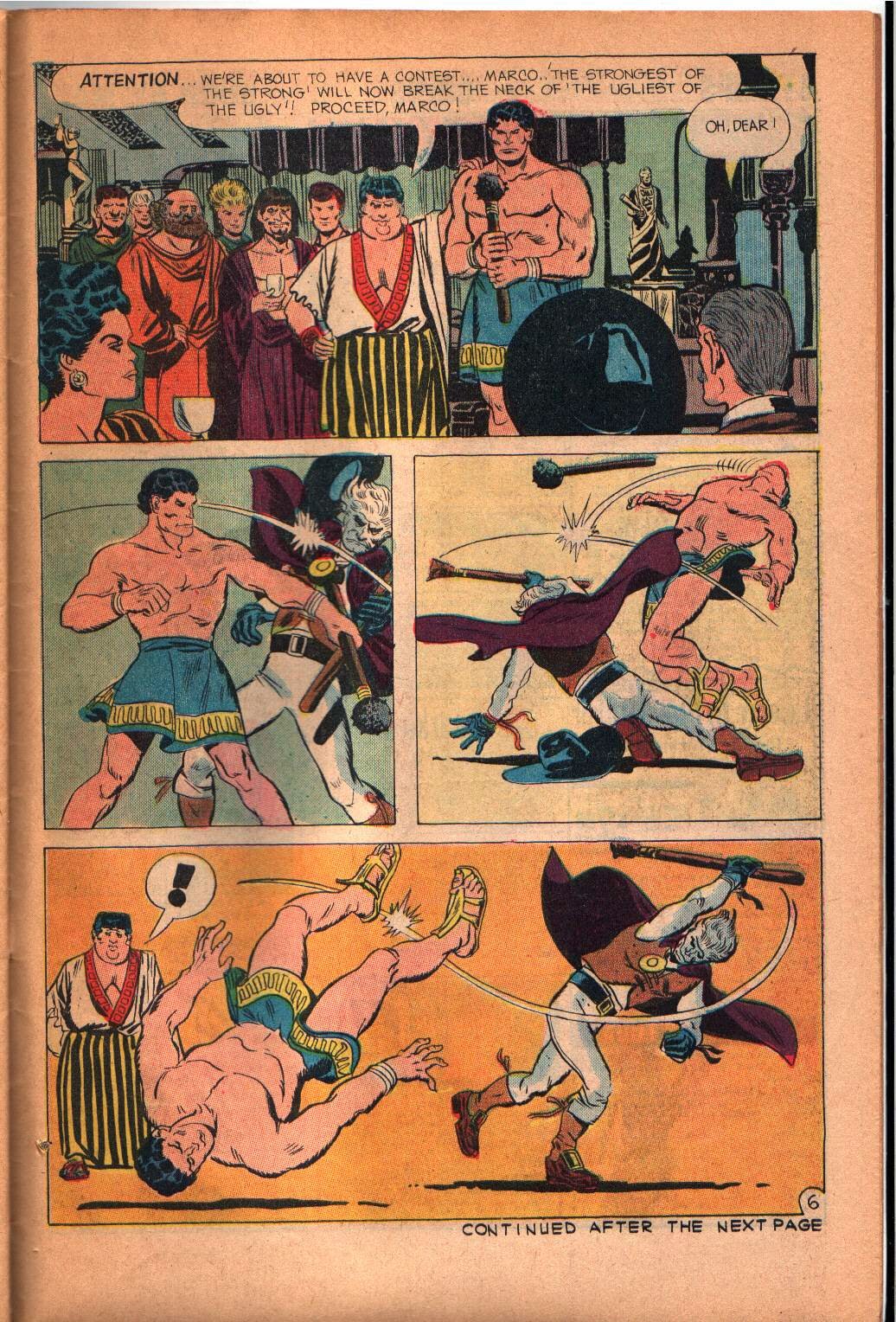 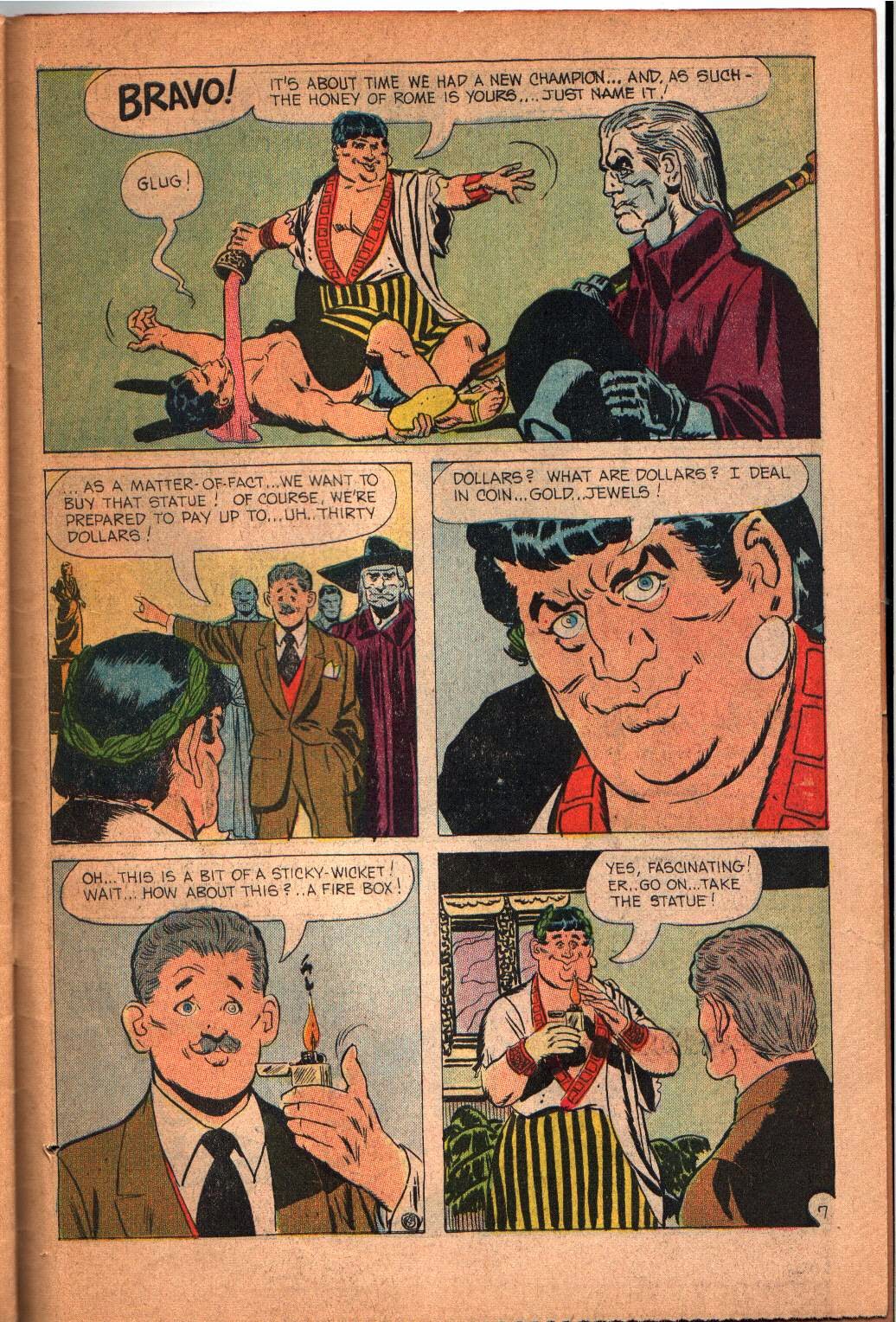 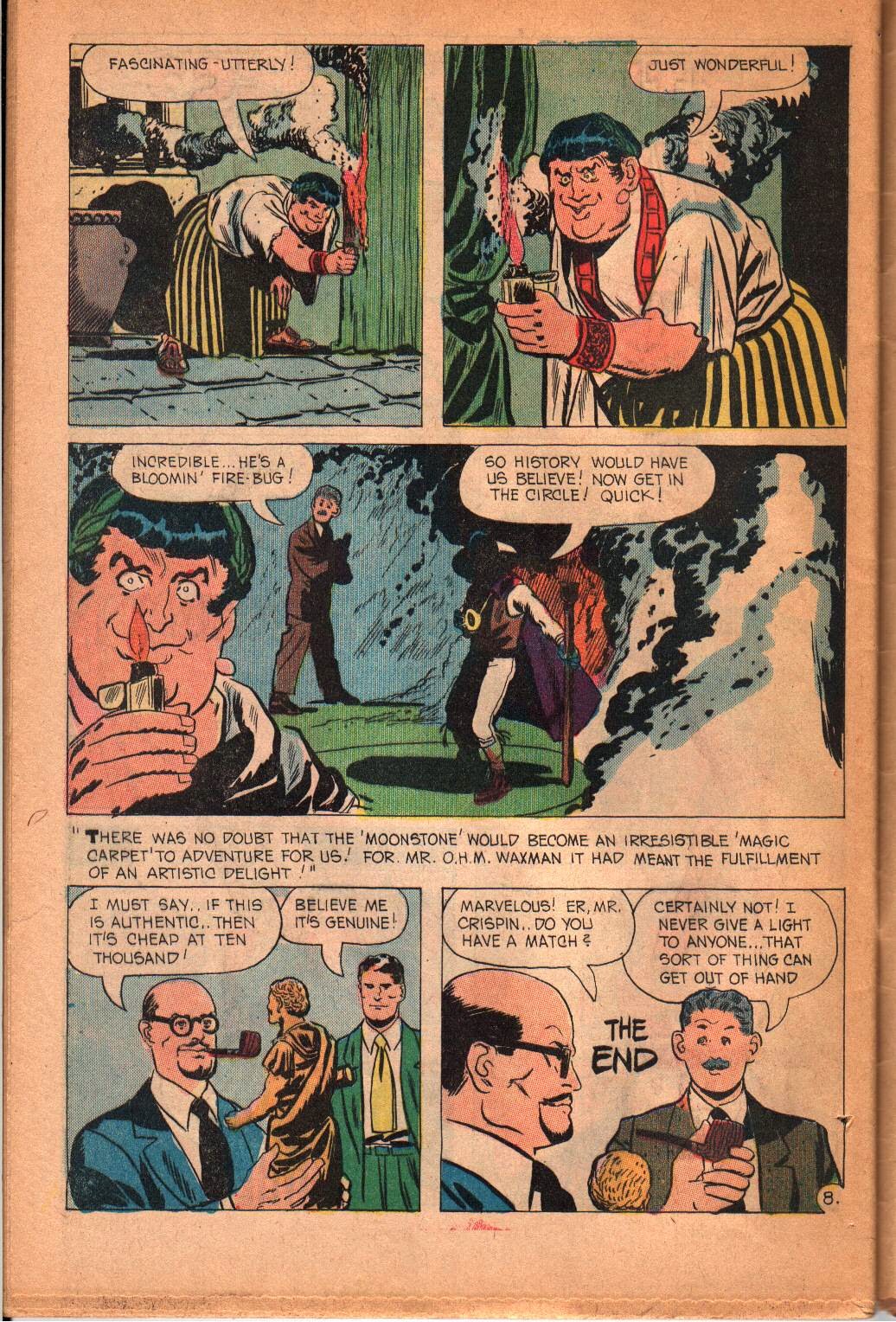 What has become of Piper, The Spookman, and company? The years have not been kind! Check out McKenzie and Carruthers' macabre masterpiece of mood in Charlton Arrow #1--you'll be begging for more!
Posted by The Groovy Agent at 12:02 AM