Hey, hey, hey, Groove-ophiles! Seems most of us love the JSA here in Groove City, so how 'bout we truck back to the Golden Age (via the Groovy Age, natch) to dig on the origin of a fave JSA-er, Dr. Mid-Nite? Yeah, Ol' Groove thought you'd dig that. "The Origin of Dr. Mid-Nite" really grabbed Young Groove for some reason. I s'pose 'cause Dr. Charles McNider was heroic before he even became a super-hero, and it was really wild that his becoming blind is what led him to become a "mystery man." (Remember, I was 8 years old and still processing the fact that this hero pre-dated Marvel's Daredevil by a couple decades. These Golden Age reprints challenged my growing understanding of what all went on in those four color fantasies I was growing to love so much.) I dug his pet owl (shades of Batman's origin!) Hooty, too. Though author Charles Reizenstein's story is rough, it's fun and definitely grabbed my developing imagination. Stanley Josephs Aschmeier's (better known as Stan Asch) art was crude, but energetic, moody, and fun. Need Ol' Groove say he LOVED finding these Golden Age first appearances and origin stories in the back of those big, beautiful twenty-five cent, 52 page issues of Justice League (this one was #95, October 1971)? Originally from All-American Comics #25 (February 1941) here comes..."The Origin of Dr. Mid-Nite!" 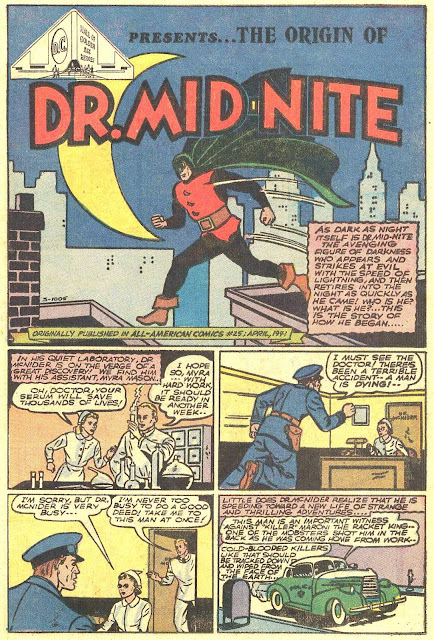 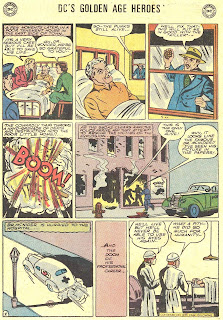 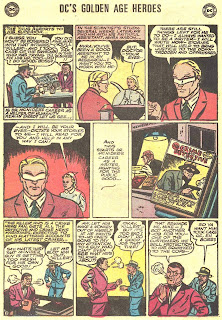 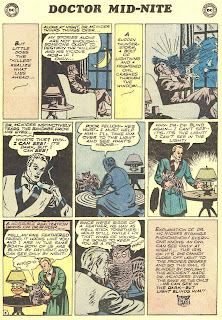 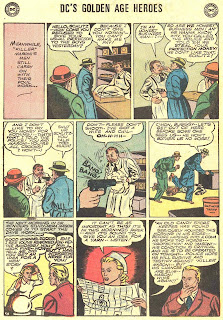 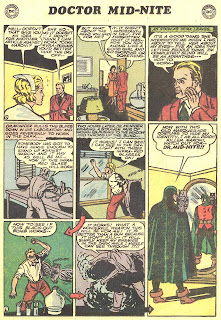 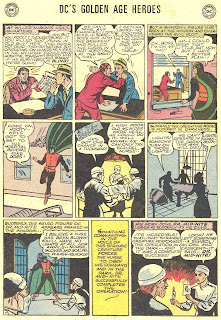 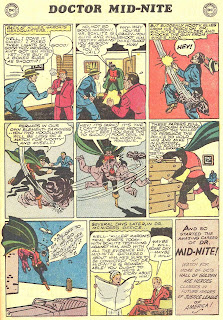