Mighty Mike Mikulovsly is back, this time with his reminiscences of Daredevil #125's "Vengeance Is the Copperhead," part two of DD vs Copperhead. You can read part one right here, if you missed it last month...

When I spotted DD #125 (June 1975) on my local news vendor's stand, I wasn't disappointed. With yet another great cover by Gil Kane, inked again by Klaus Janson, we see Copperhead's copper armor. Shades of a certain Golden Avenger! My only disappointment was the interior art wasn't by the then usual stunning Gene "The Dean" Colan, but by new DD artist Bob Brown, who did a decent job. It helped a lot that the interiors were also inked by the impressive Klaus Janson.  Once again it was great seeing Copperhead in his trench coat & 1940's style fedora hat, which gave the stories that film noir look and feel to them. This time he even had a cool looking car. I always thought it was supposed to be a 1960 Ford Thunderbird.  It gave him a Green Hornet feel to me. This issue we learn more about the Copperhead's secret identity. We see him blow a door away with a Green Hornet type of sonic sting weapon, too. He used his poison dart/ knockout  gas gun once again, as well. 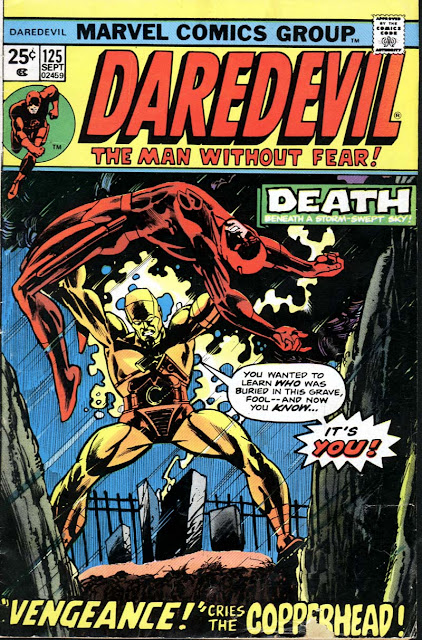 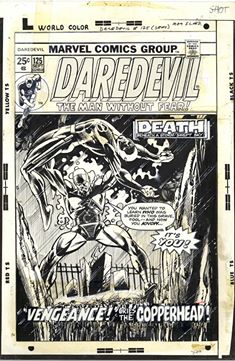 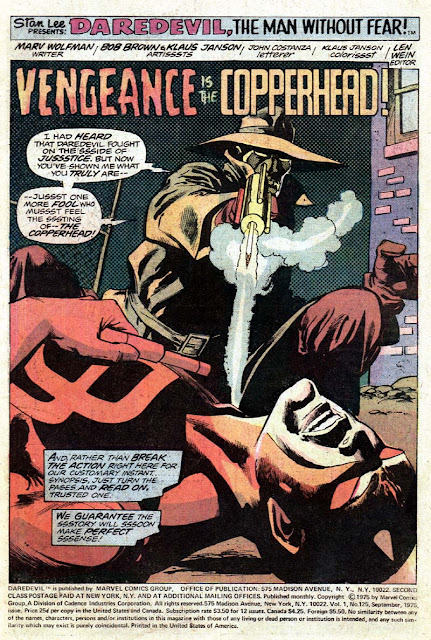 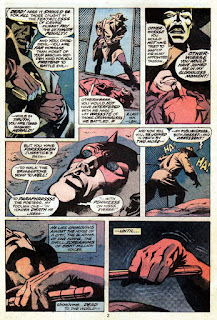 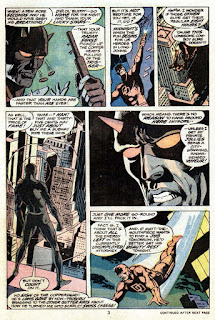 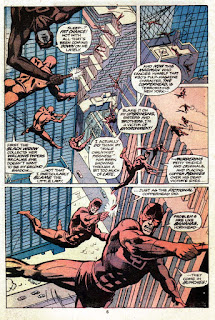 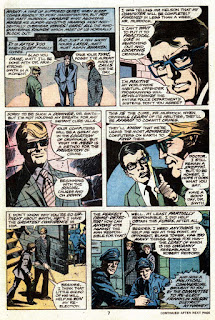 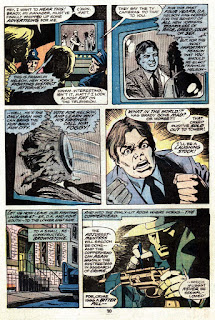 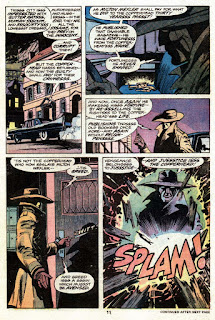 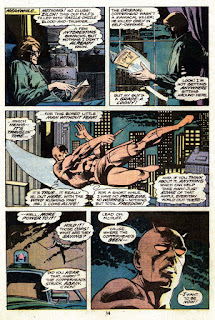 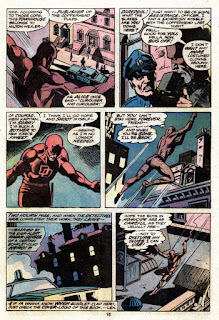 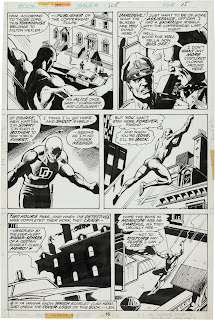 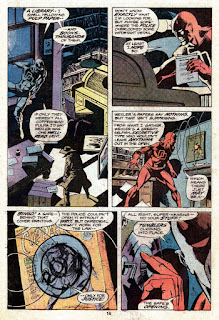 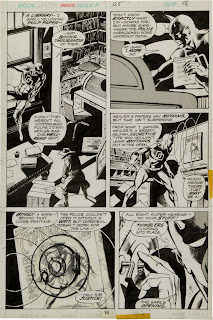 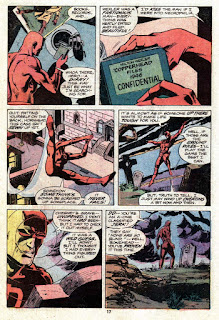 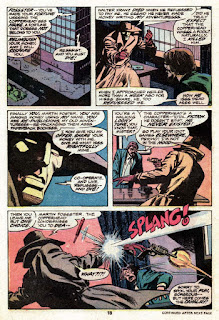 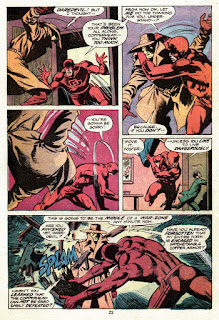 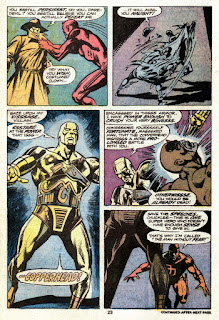 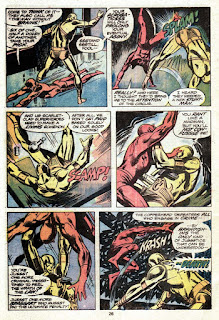 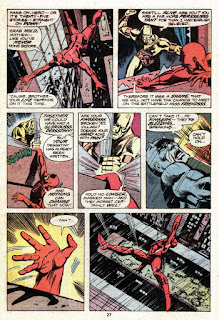 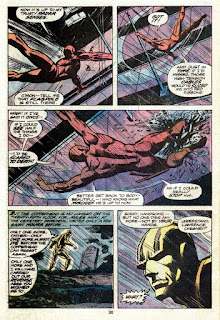 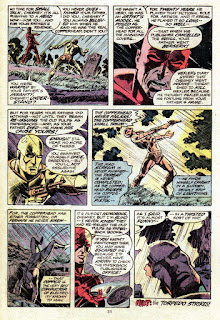 In September of 1998, I went to a show at the Thunderbird Hotel in Minneapolis, Minnesota. To my huge surprise Gene Colan was there! They hadn't even put his name on their guest list on the flier I got in my mailbox down in Wisconsin. Gene was doing sketches, so of course I asked him if he could do one of Copperhead for me. I didn't have copies of these issues with me, but he actually remembered the character and drew it from memory! I mean this was 23 years later! This amazed me because he only drew like 6 full pages with Copperhead in DD #124. About a hour later, he invited me to sit with him. I ended up sitting with him for almost four hours. I like to talk a lot, but he made me look like an amateur. He did like 90% of the talking! It was a very memorable day in my life. He was impressed that I knew about so much of his work. He agreed with me, too, that Copperhead should have been an anti-hero of The Shadow/ Green Hornet type for Marvel. 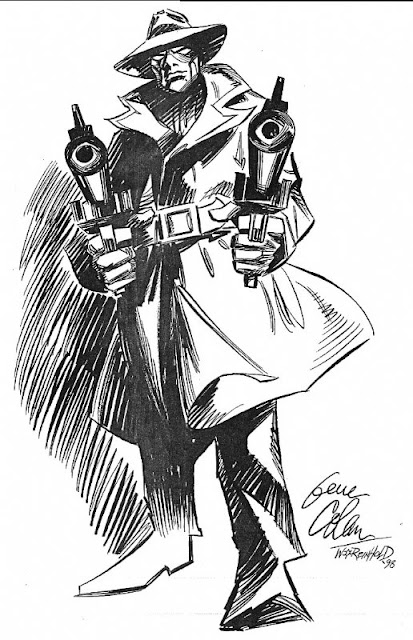 It sounded like he suggested this to his editors, but they didn't care, I guess. I'm not sure, but maybe that's why he left DD, to do Tomb of Dracula later? We'll enough of my rambling. I hope you enjoyed these issues of DD as much as I did as a 13 year old. And I hope you enjoy them just as much I still do, today. Here's the sketch Gene did for me at that show. I really regret not having him do many commissions for me. Oh, well, at least I met him in person once. We became good friends that day, and for the next few years he'd call me by phone every month or two.  We'd also frequently exchange e-mails. Gene was a true gentleman, and he cherished his fans. I miss the man and, of course, his art.