Young Groove flipped for this reprint of the first appearance of the original Sandman from Adventure Comics #40 as it appeared in Justice League of America #93 (September 1971). That suit/gas mask/fedora/cape combo looked so cool, and Bert Christman's (under the pen name of Larry Dean) art was so moody, man, it just grabbed me! Bet you'll dig it, too! Written by Christman and plotted by Gardner Fox, here's "The Tarantula Strikes!" 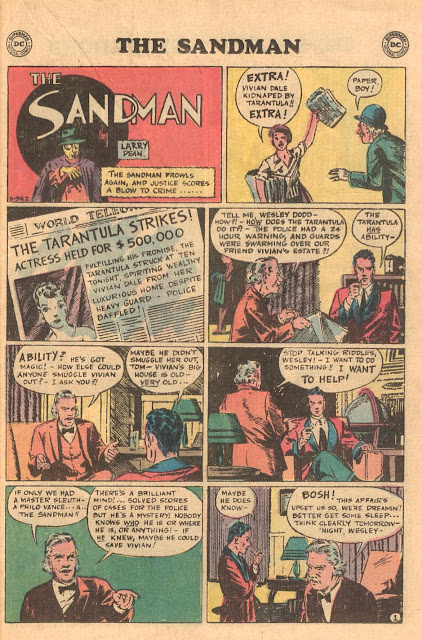 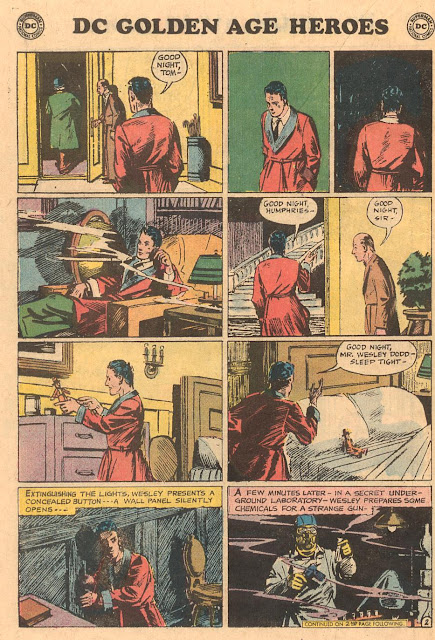 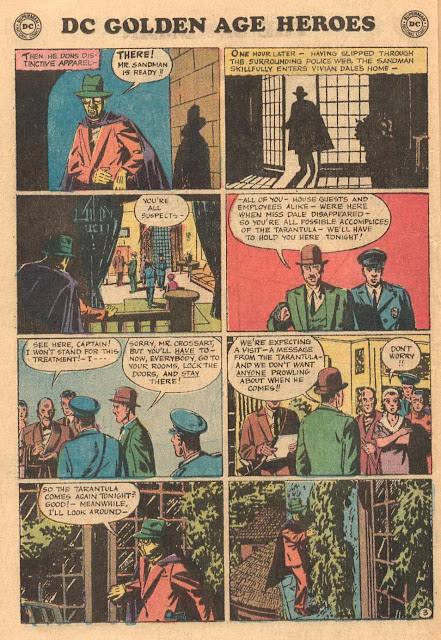 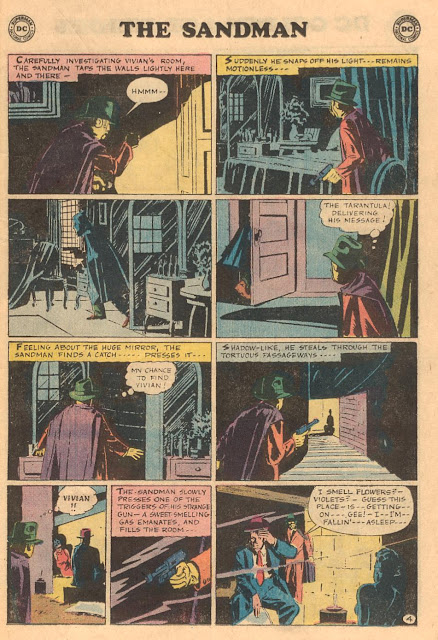 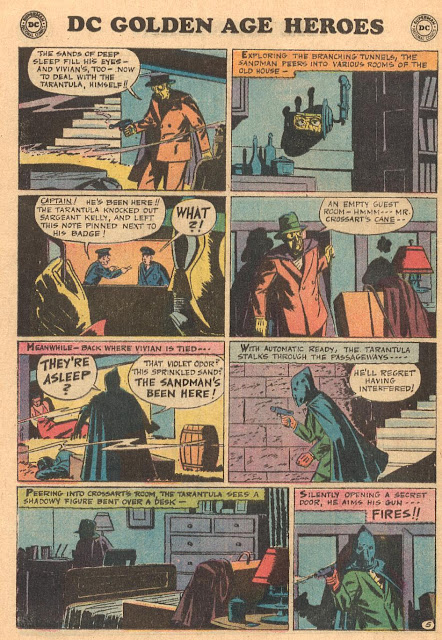 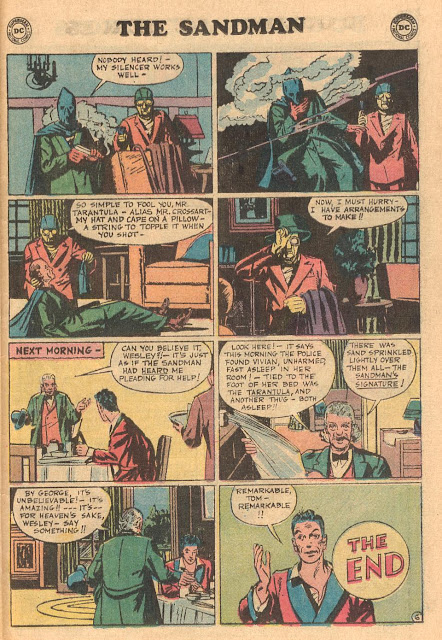