Bring on the Back-ups: "Mighty Master of the Martial Arts!" by Maggin, Oksner, and Colletta

Hey, hey, hey,Groove-ophiles! Although the original Captain Marvel was the star of DC's SHAZAM!, sometimes he was also the star of the back-up feature. If that's a little strange, think about this: while DC hired artists (like Bob Oksner and Vinnie Colletta) who could give the Big Red Cheese a decidedly Golden Age vibe, they hired writers (like Elliot S! Maggin) who would give the stories a modern-day flavor. "Mighty Master of the Martial Arts!" (from SHAZAM! #12 (February 1974) is a perfect example of what I'm rappin' about. Golden Age look, but everybody's Kung Fu Fightin' in this classic yarn. Dig it! 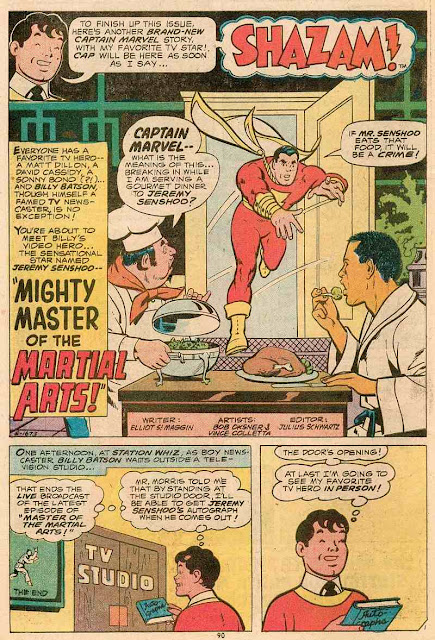 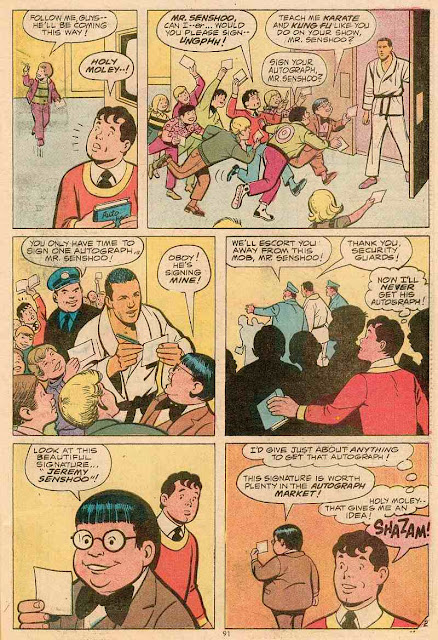 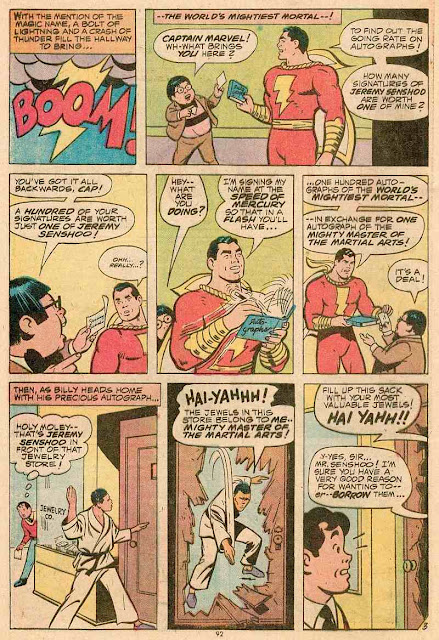 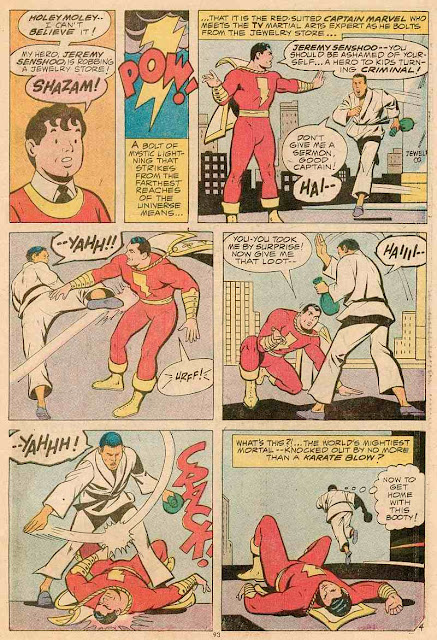 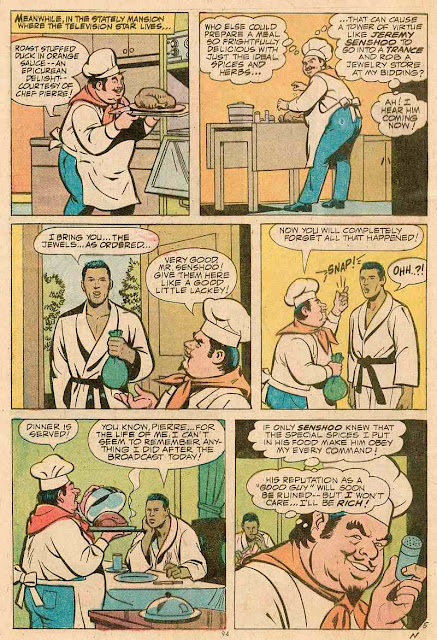 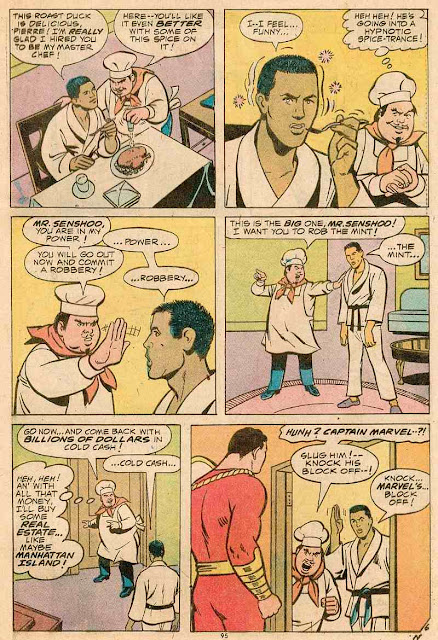 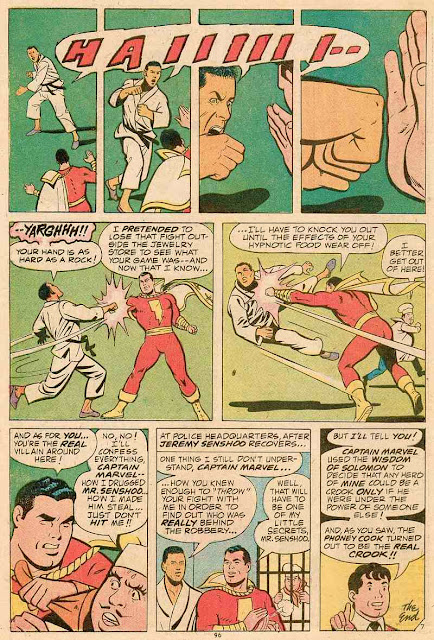