What it is, Groove-ophiles! Near the end of the Groovy Age (October 1979, to be precise), DC turned Paul Levitz, Steve Ditko, and Romeo Tanghal loose on a brand-new Starman series. This Starman really was a man from the stars, a prince-in-hiding, kind of a science-fantasy riff a' la Star Wars. The strip lasted from Adventure Comics #467 through 478, and Teen Groove definitely dug it. It was the first time I'd ever experienced a Sturdy Steve series inked by another artist in the now (I'd seen a very few back issues of Captain Atom at that time), and I thought Romeo did a fab-a-mundo job on giving Ditko a stunning seventies sheen. Later, Mr. Tanghal would become a sensation inking George Perez on New Teen Titans, but those few of us Starman fans knew him when... 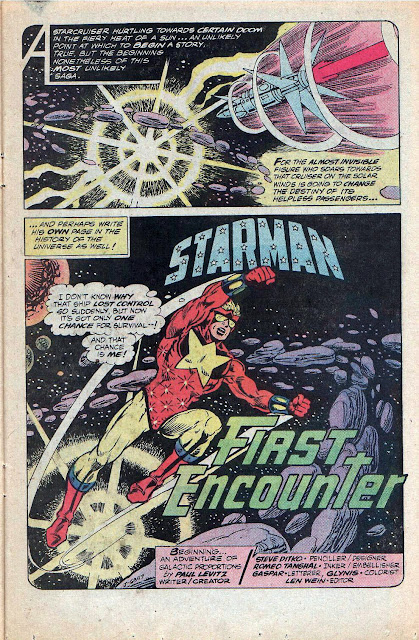 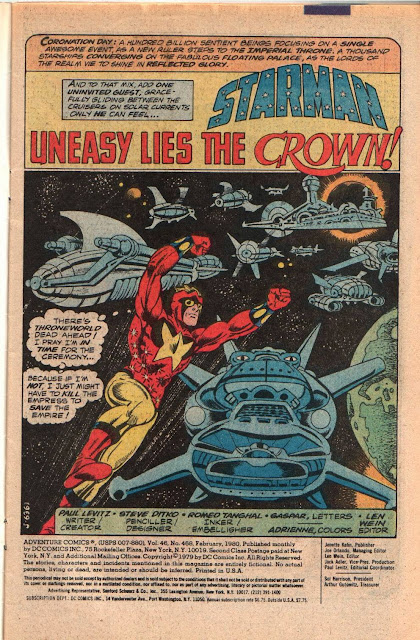 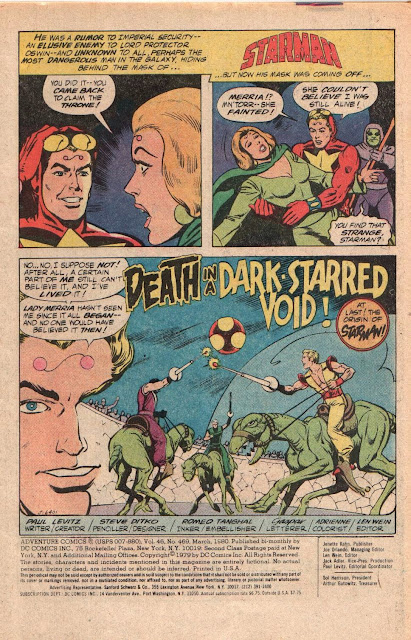 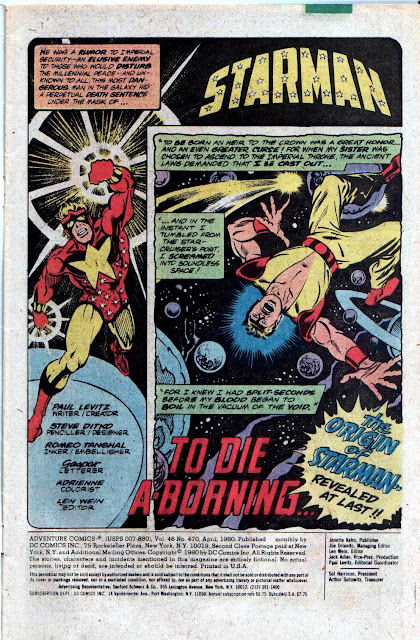 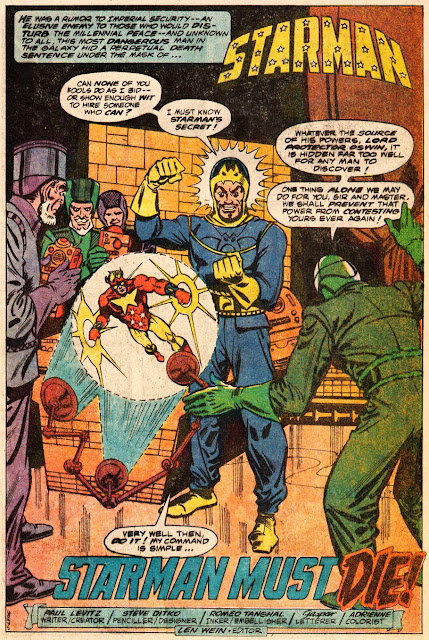 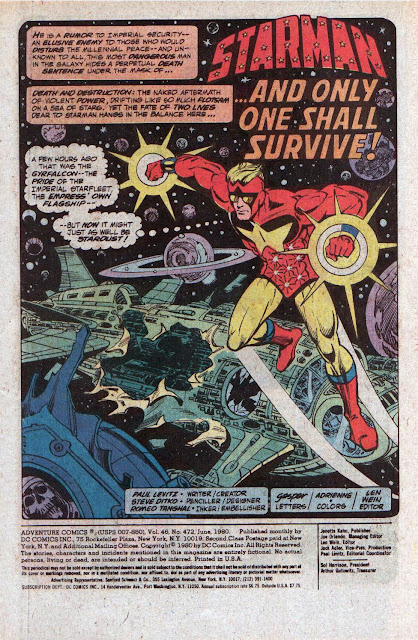 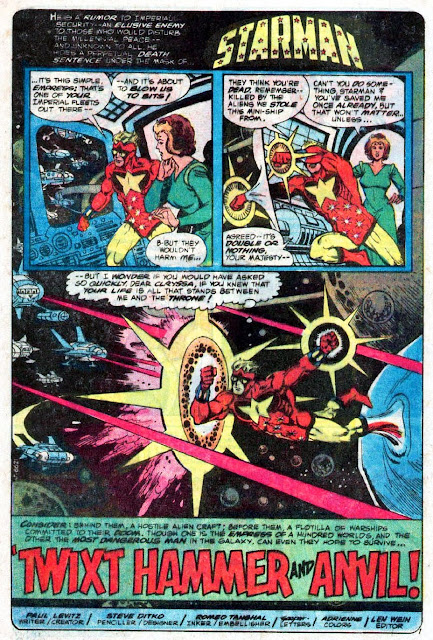 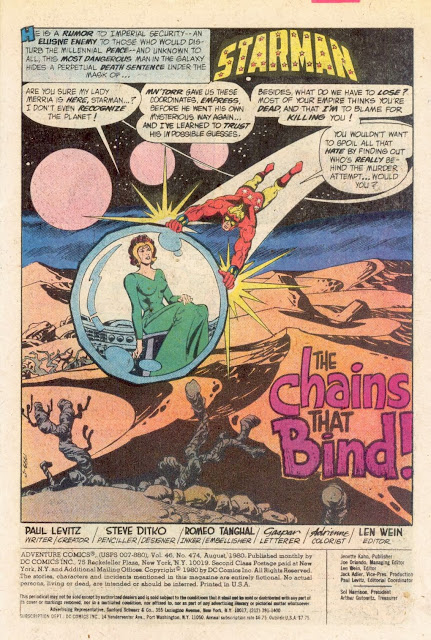 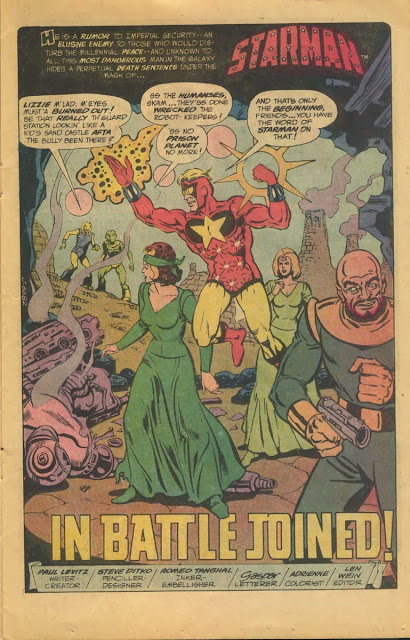 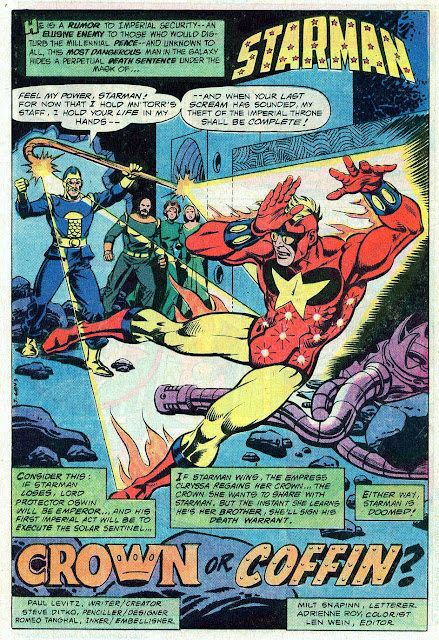 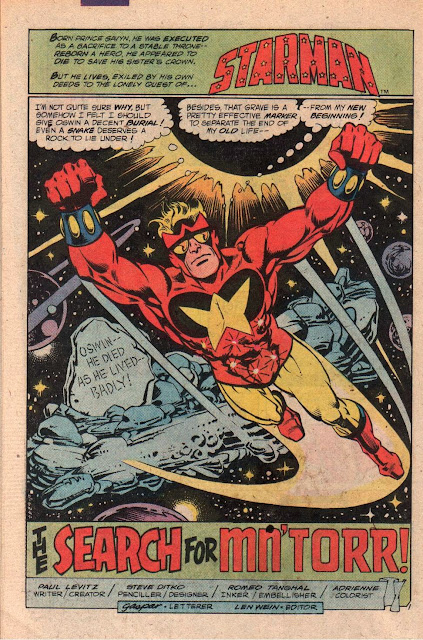 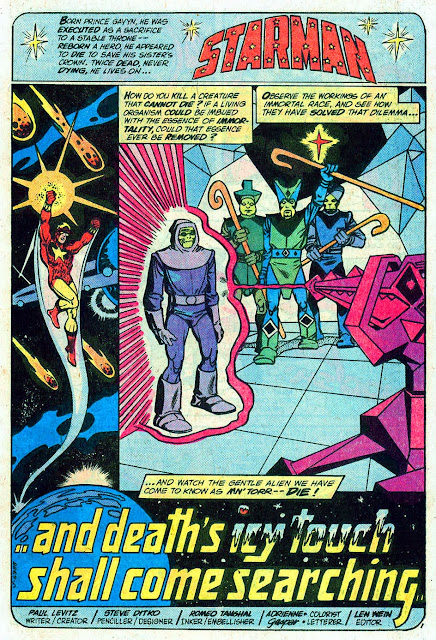