Masters of Adventure Week! Tuesday Two-fer: A Groovy Guest Post by Michael Mead: "Circle of Doom! Parts 1 and 2" by O'Neil and Toth

Greetings, Groove-ophiles! Today is extra-special as we present a Groovy Guest-Post by one of our very own denizens of Groove City, Michael Mead! Michael posted of his great admiration for the Denny O'Neil/Alex Toth Black Canary two-parter in Adventure Comics issues 418-419 over on our far-out Facebook page, and it was soooo good Ol' Groove just had to share it with all of Groove-dom assembled! Way to go, Michael! Take a bow!! And take it awayyyyy...

I really like Alex Toth, particularly this two part Black Canary story in Adventure # 418 and # 419 (February and March 1972). The way Toth uses blacks, his staging, the way he gives Black Canary movie star looks :)... The way he draws her she looks strong, sultry, and like she means business, blonde or brunette! Denny O'Neil wrote the story and the scripting is a cut above the usual DC fare at the time. It's funny, sassy and drives home the independence, character, humor and likeability of Black Canary. It's as if O'Neil has more freedom with what is a second or even third tier DC character and so he is able to deliver a story written with an adult sensibility. His Black Canary feels real, he makes her sing in ways other writers of the time can't match. Green Arrow's only appearance is in flashback when Canary draws inspiration from one of his comments when they were in a tight spot (the panel reminded me of Trevor Von Eeden's art in the Green Arrow mini series in 1983). In these two stories, unlike so many other mainstream female superhero characters of the time and since, you always get the impression that the Black Canary/Green Arrow relationship is an equal one. As one commentator I read recently said (from one of those text pages in the deluxe GL/GA 1985 or so reprint editions), "....Black Canary and Green Arrow were the first comics couple I imagined could actually have a sex life....". Well (ahem!), yes. 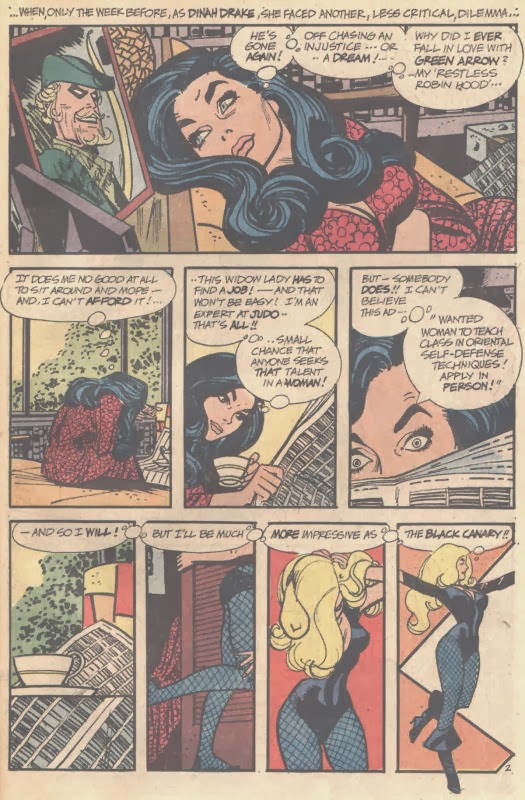 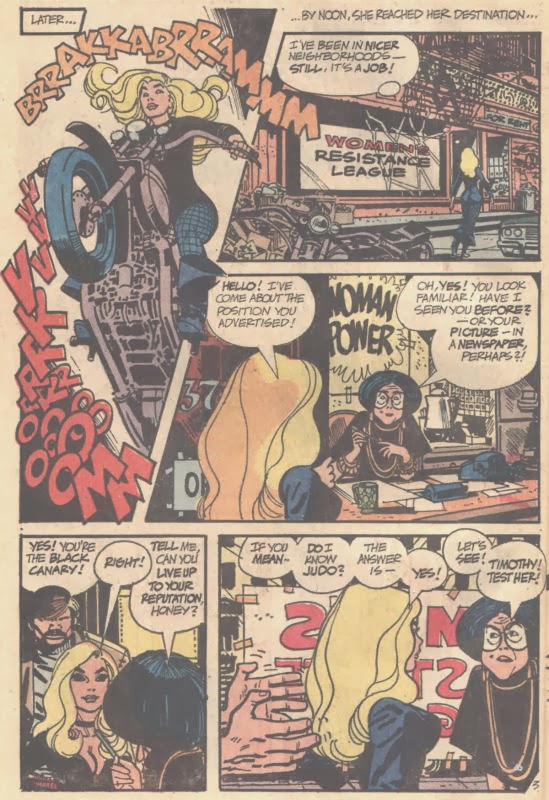 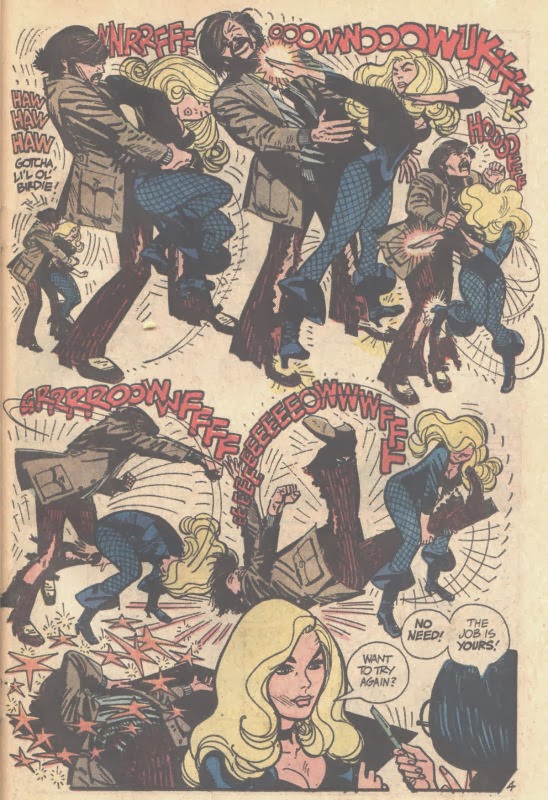 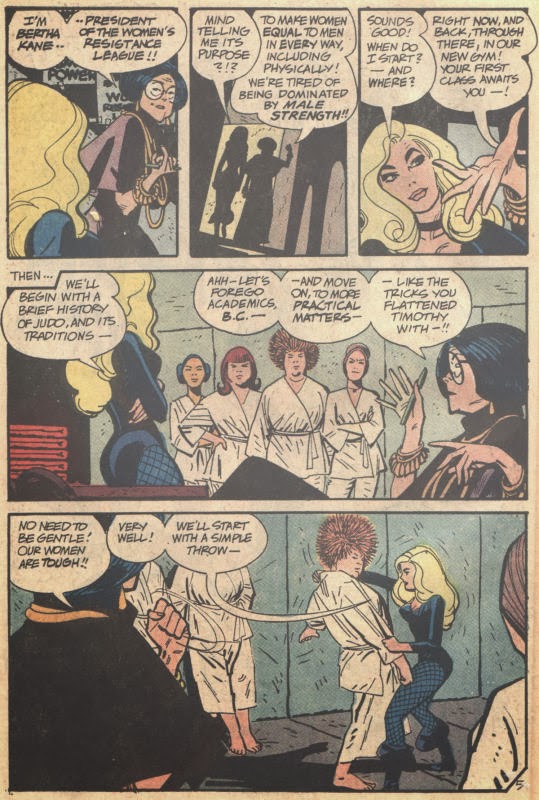 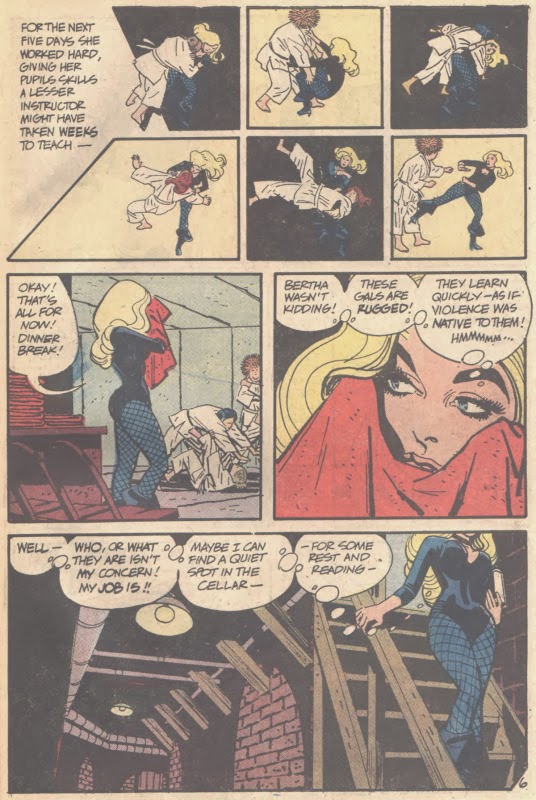 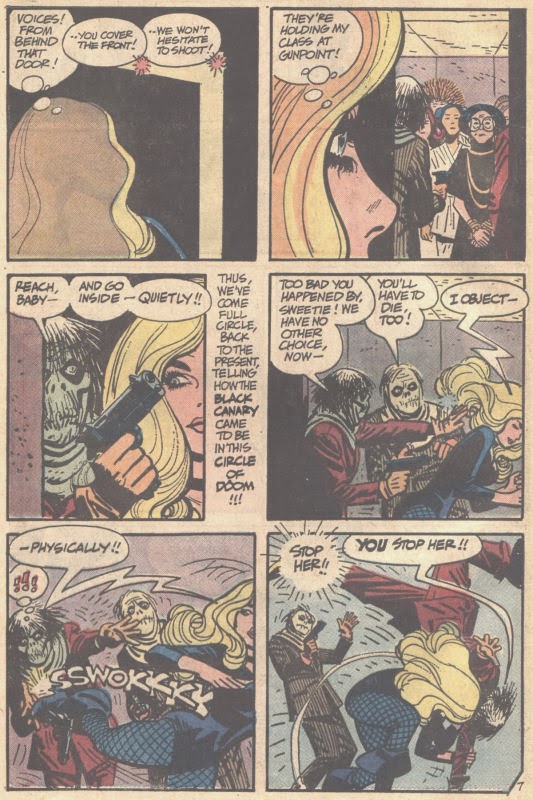 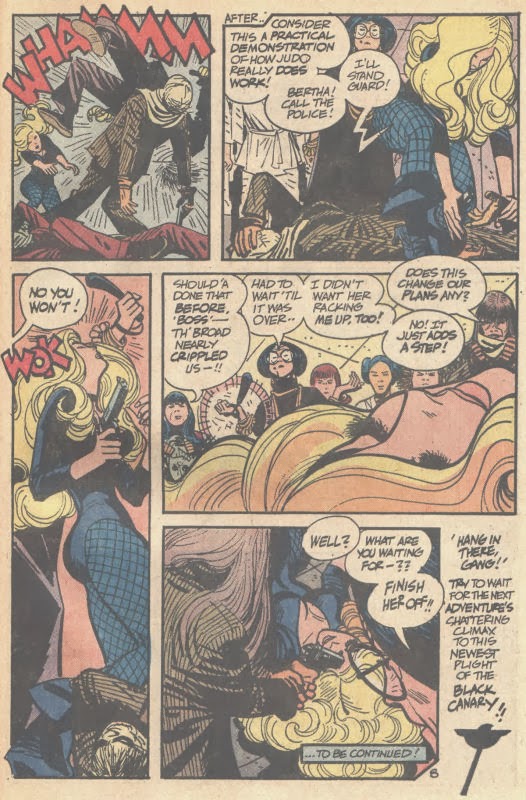 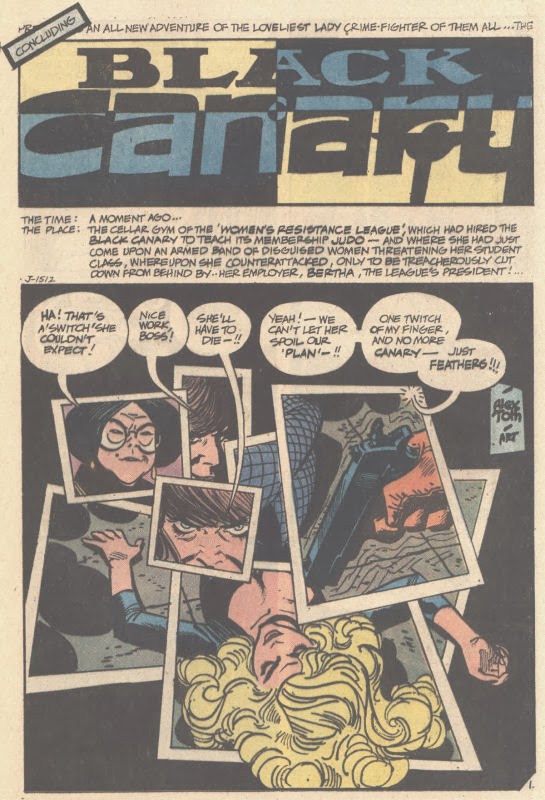 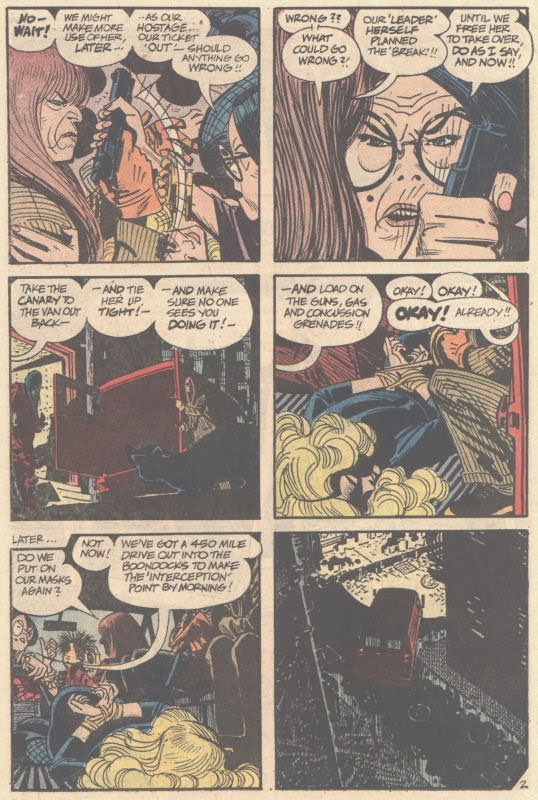 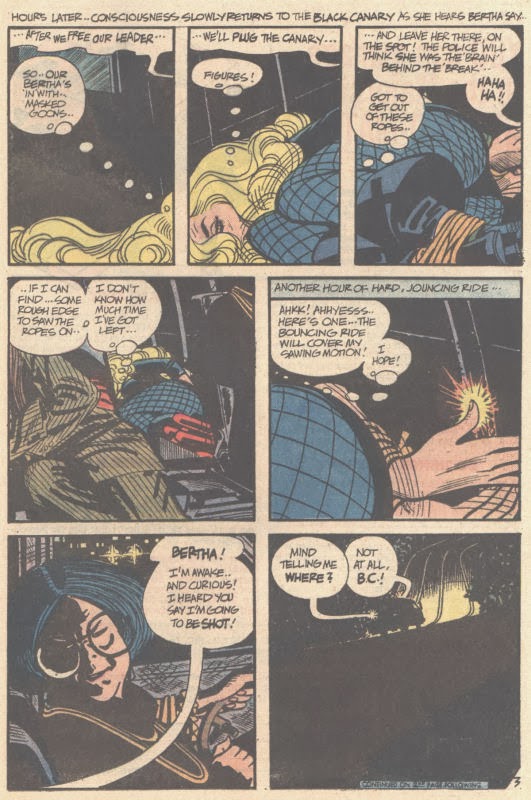 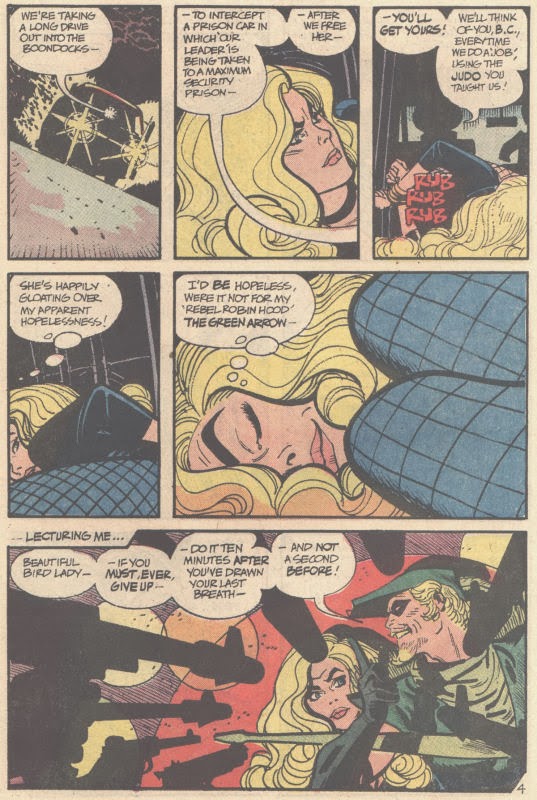 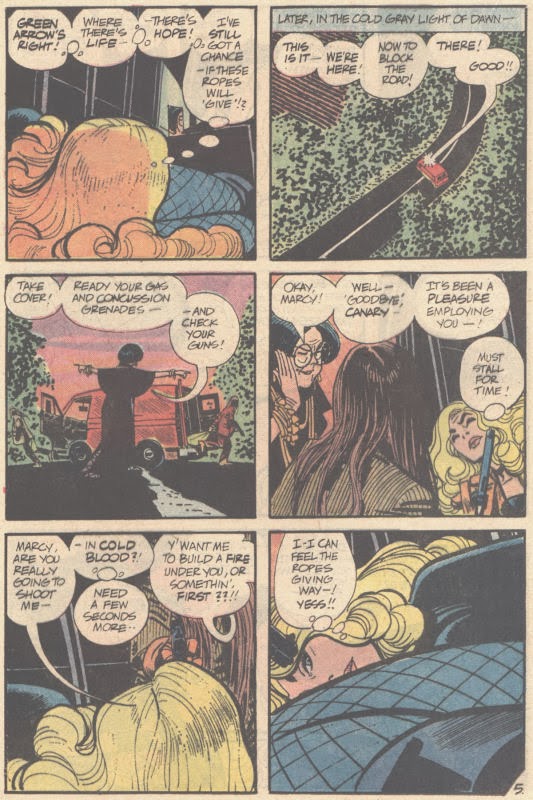 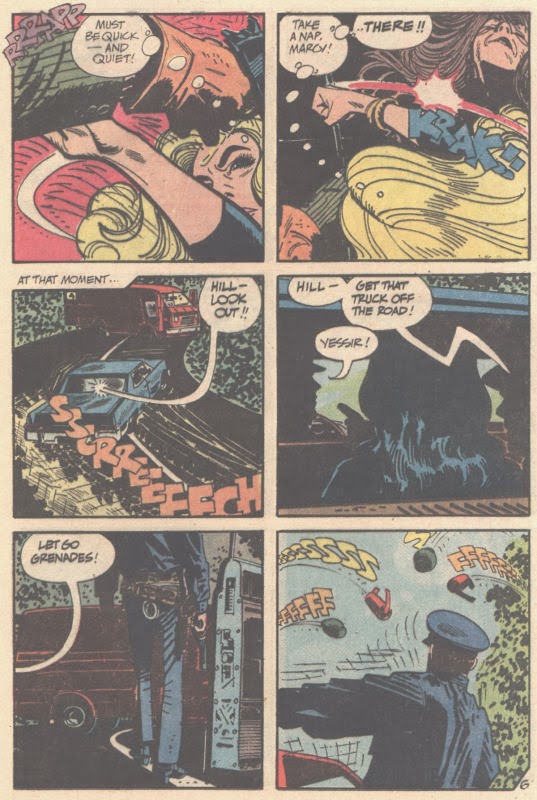 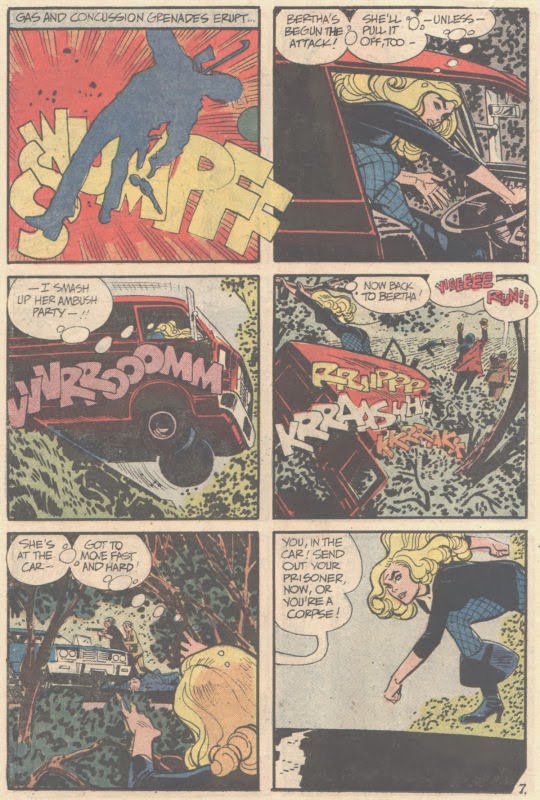 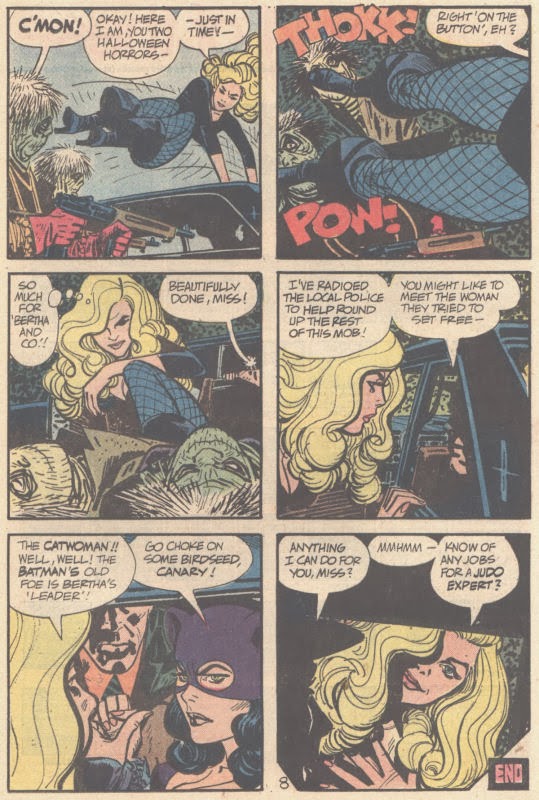