What it is, Groove-ophiles! During the early 1970s, DC made a habit of reprinting their Golden Age classics as regular back-ups or in mags of their own. Marvel mostly focused their reprints on their early 1960s Marvel Age material, but occasionally some Golden Age strips would sneak through, especially those that featured the Sub-Mariner (editor-in-chief Roy Thomas' fave G.A. strip). "Invasion!" (originally published in Sub-Mariner #35 (August 1954) turned up in--of all places--Luke Cage, Hero For Hire #15 (August 1973). Kinda crazy, but who cares? It's a cool comic with creator/writer/artist Bill Everett in top form. Dig it! 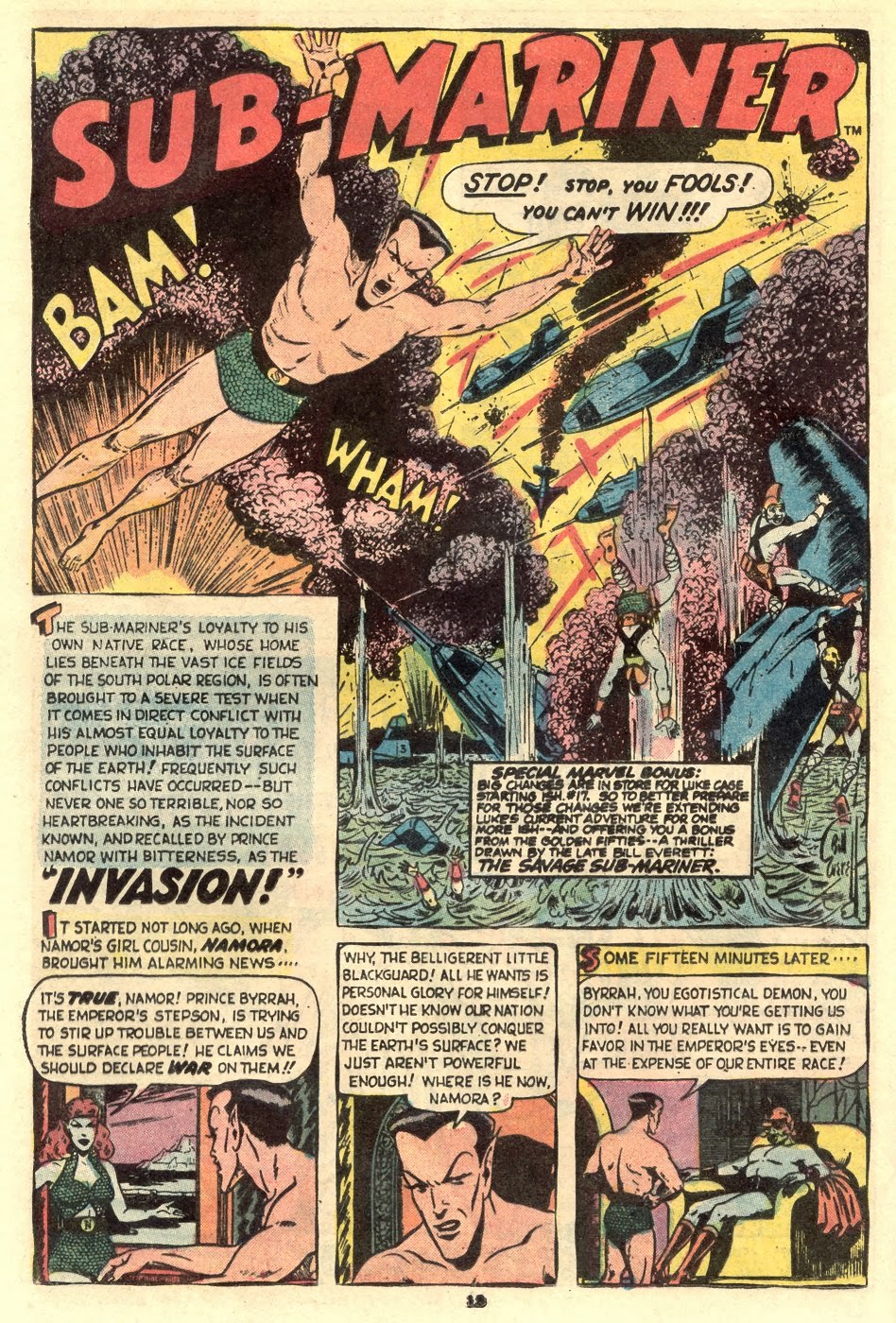 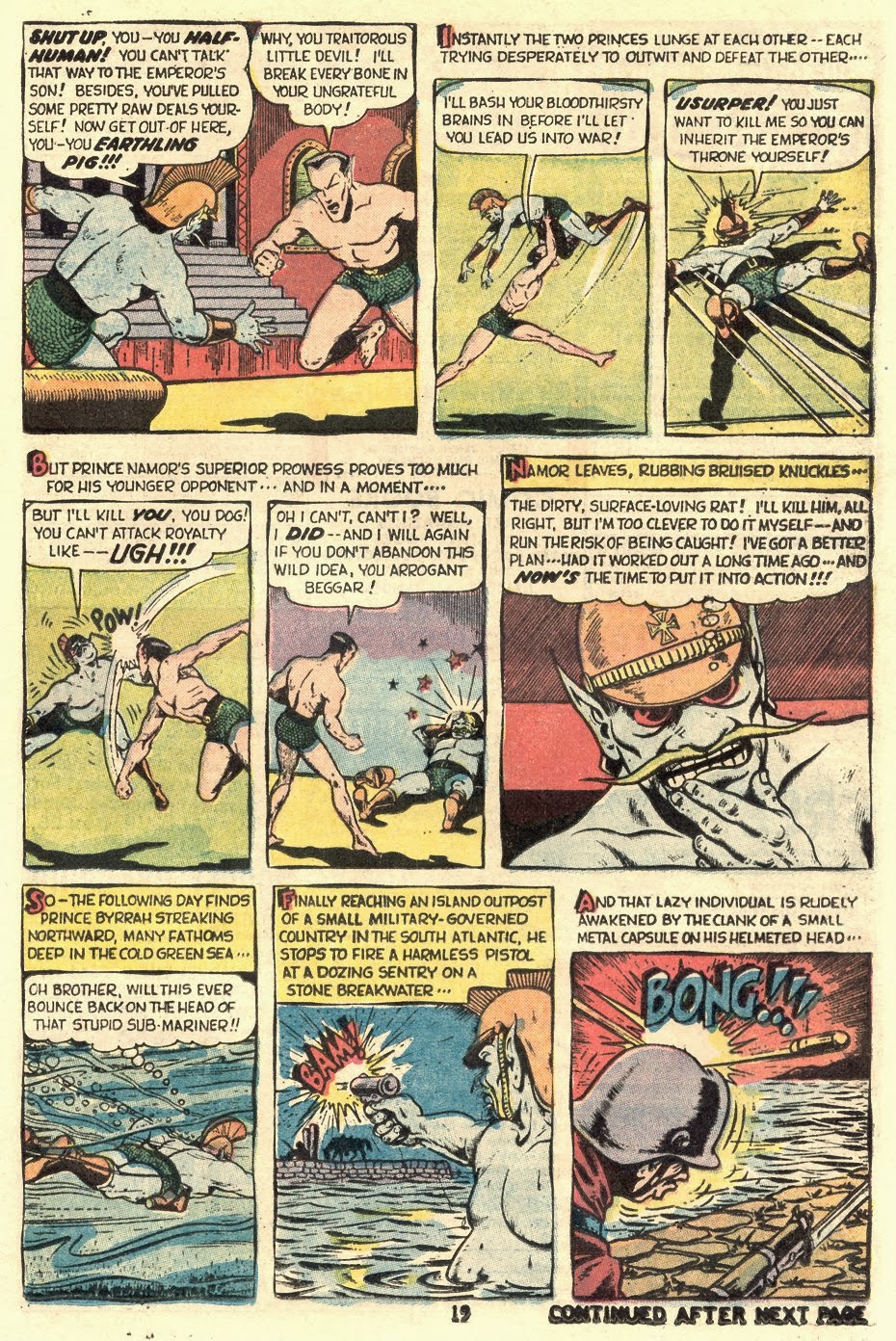 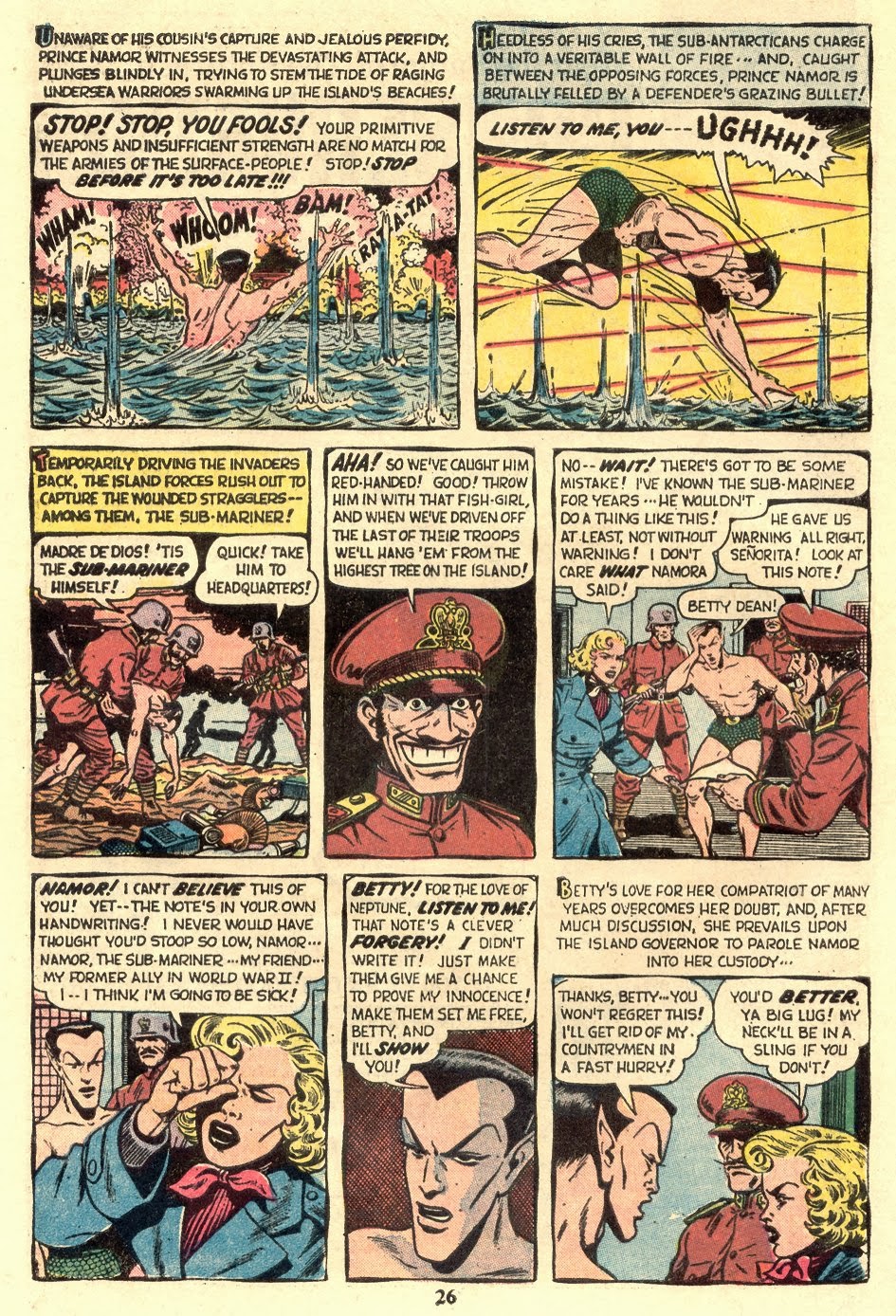 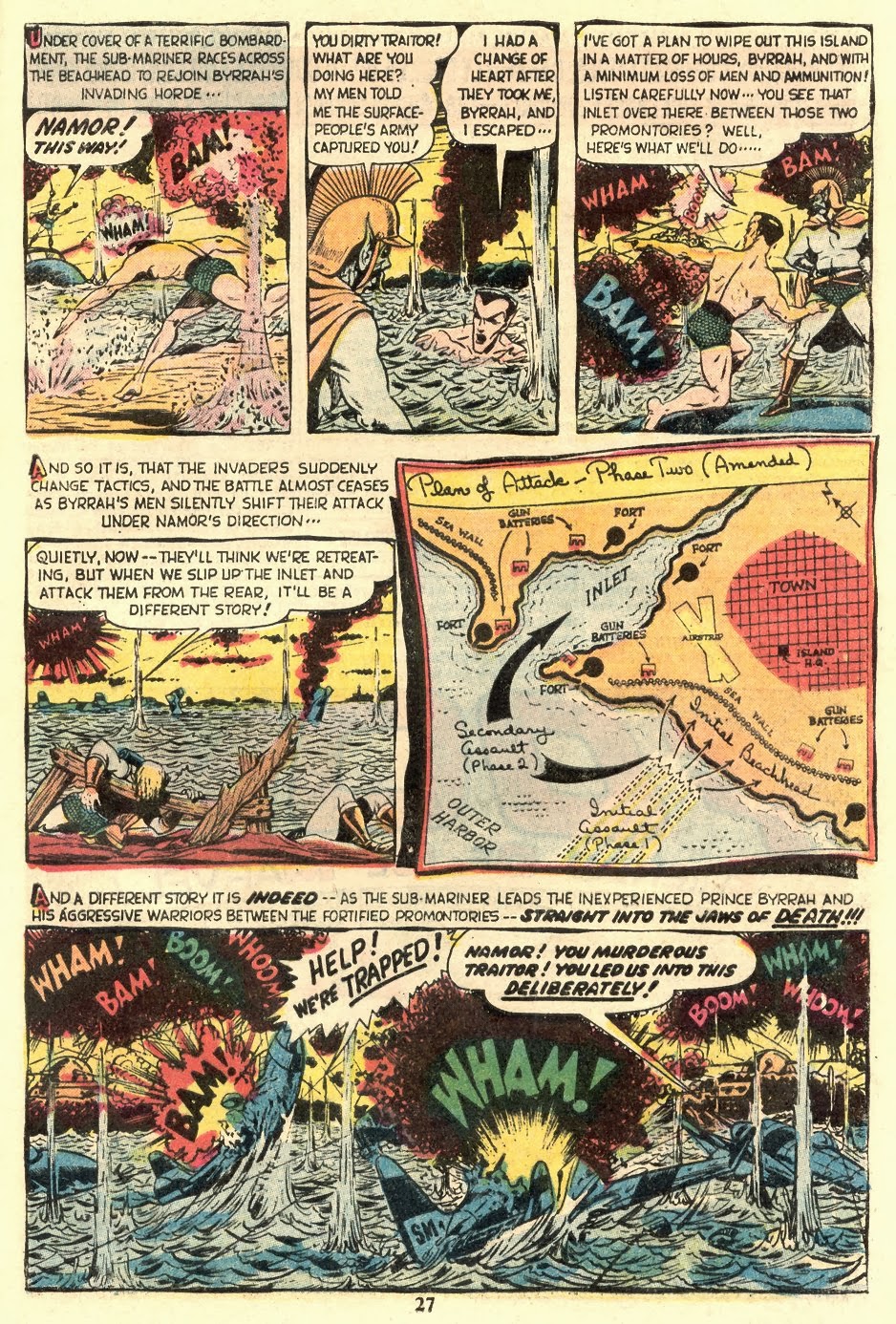